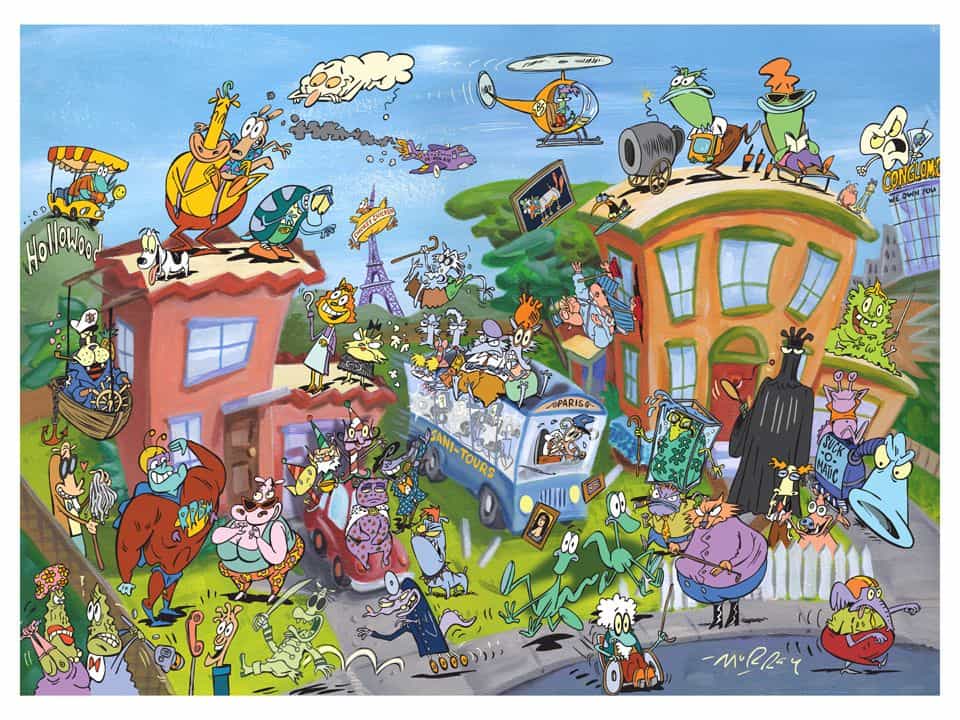 One of the beauties of the modern digital age is that for those of us who grew up the sort of edgy cartoons of the 90s we can relive the past effectively. Instead of waiting for re-runs, or a reboot, things that identified you as part of a certain generation because you saw them live (Beavis & Butt-Head, among others) are now on DVD. Rocko’s Modern Life, an edgy cartoon on Nickelodeon, now has a complete series release.

Rocko is a wallaby who lives in O-town. He has wacky adventures with his dog, people in the neighborhood, etc.

It’s amazing that twenty years since it’s been off the air that Rocko’s Modern Life still retains a lot of what made it such a counter culture show back then. It’s still genuinely funny and interesting because it’s exceptionally well written and voiced; animation in particular either ages horribly or perfectly and this is a case of the latter.

It’s amazing to think some of the more risqué bits of humor scattered liberally throughout are actually pretty tame considering some of the things that have aired on Family Guy and South Park since Rocko went off the air. With an animated special revisiting him due sometime before the end of the year, now is the perfect time to revisit one of the ‘90s best shows.