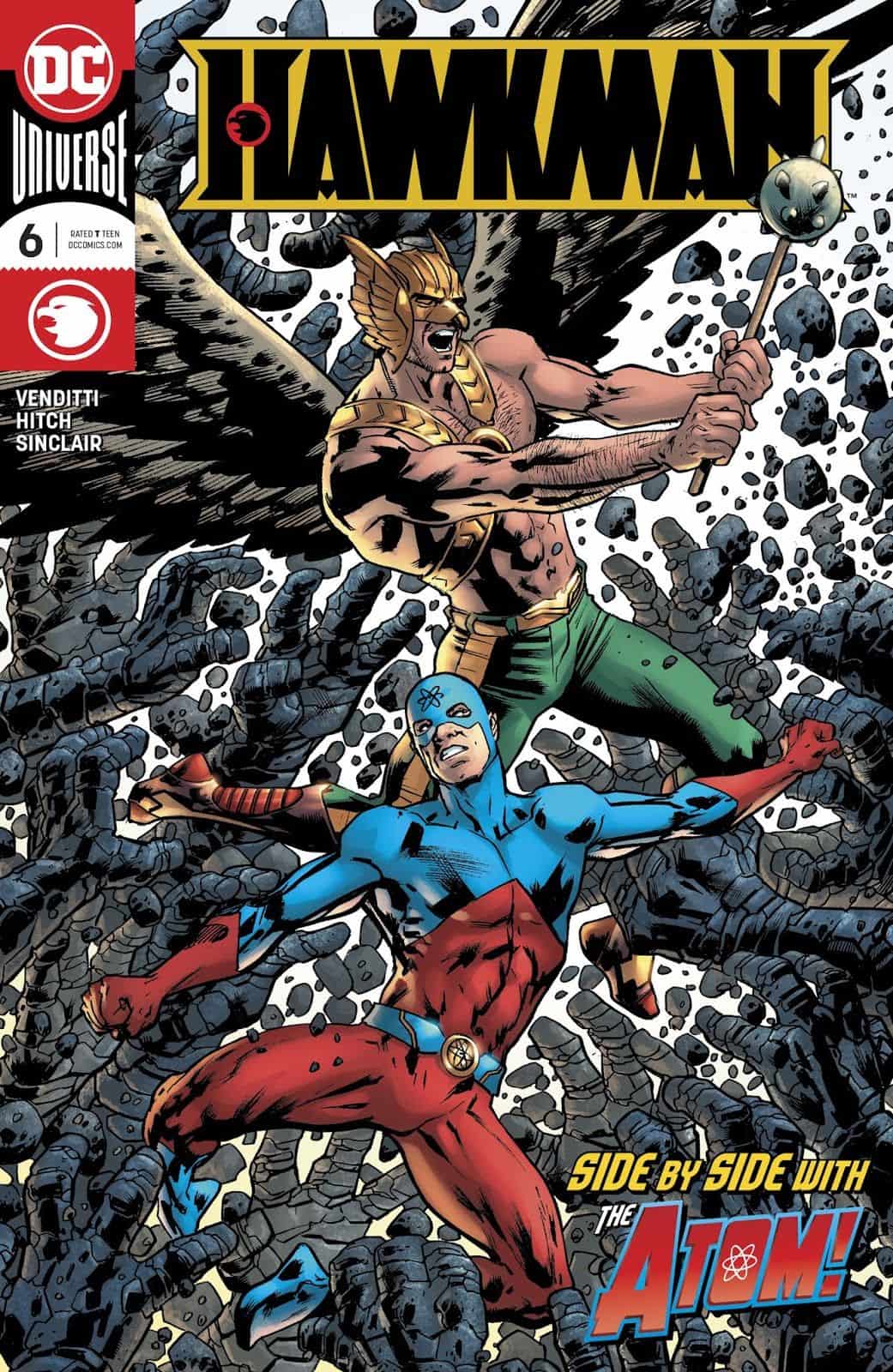 Justice League Alumni Team-Up With The Atom As The Threat Stalking Carter Hall Is Revealed?! 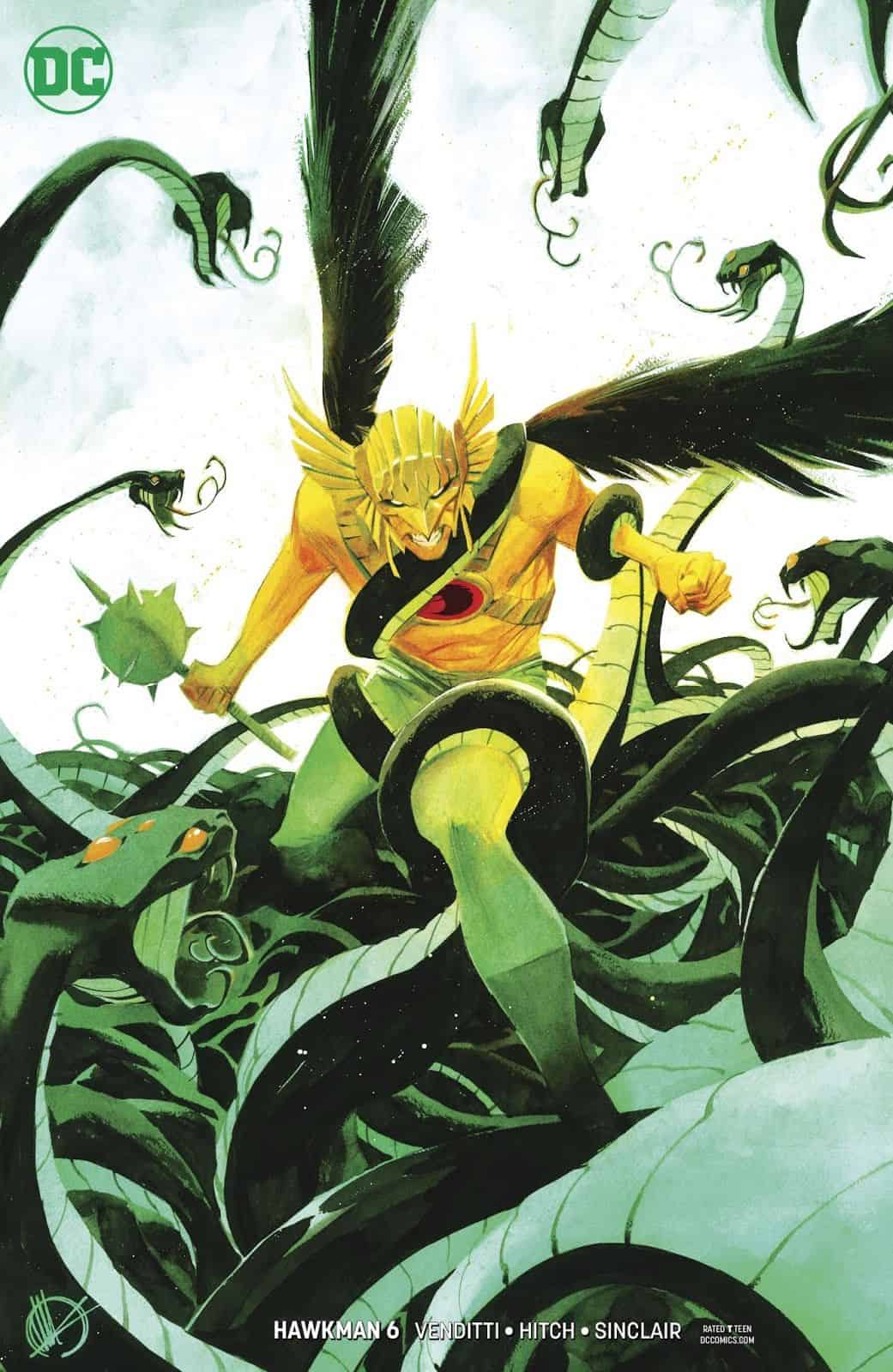 The Atom and Hawkman have defeated the threats and are about to go their separate ways. Interestingly, it may not have been the Atom that discovered the Microverse, but an earlier Hawkman incarnation named Avion presumably from Rann or another planet. 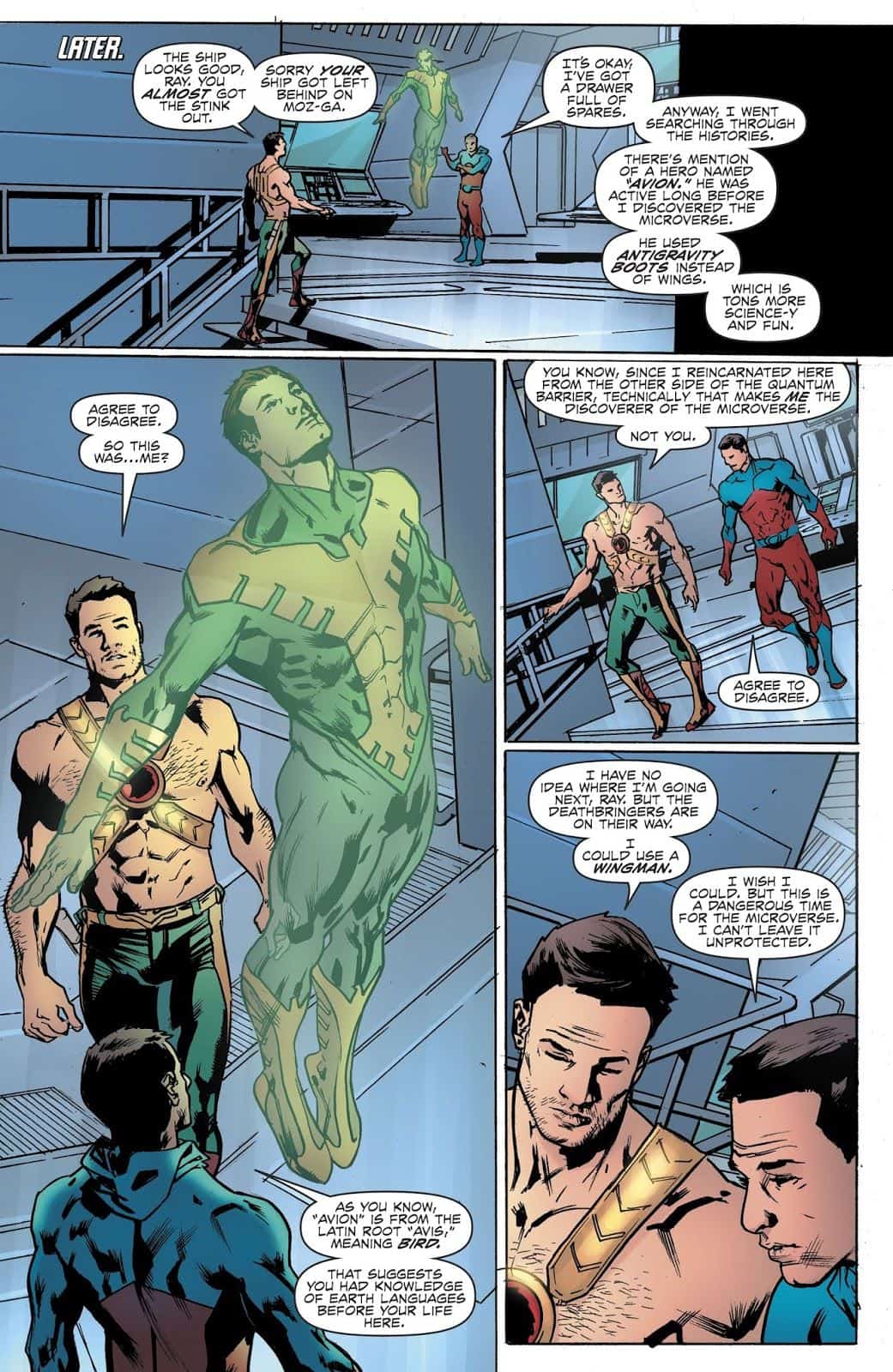 Later Hawkman is between the Microverse and the core DC Rebirth Universe when his ship lurches somewhere. 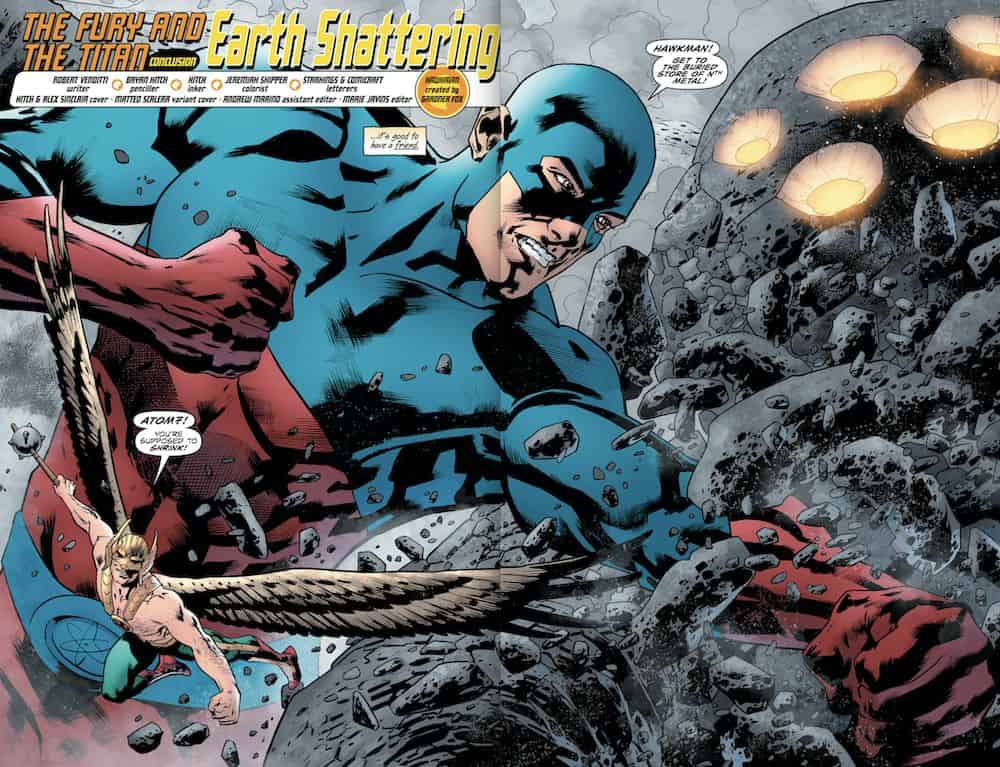 At the same time, the shadowed hunter stalks Carter Hall and we know… 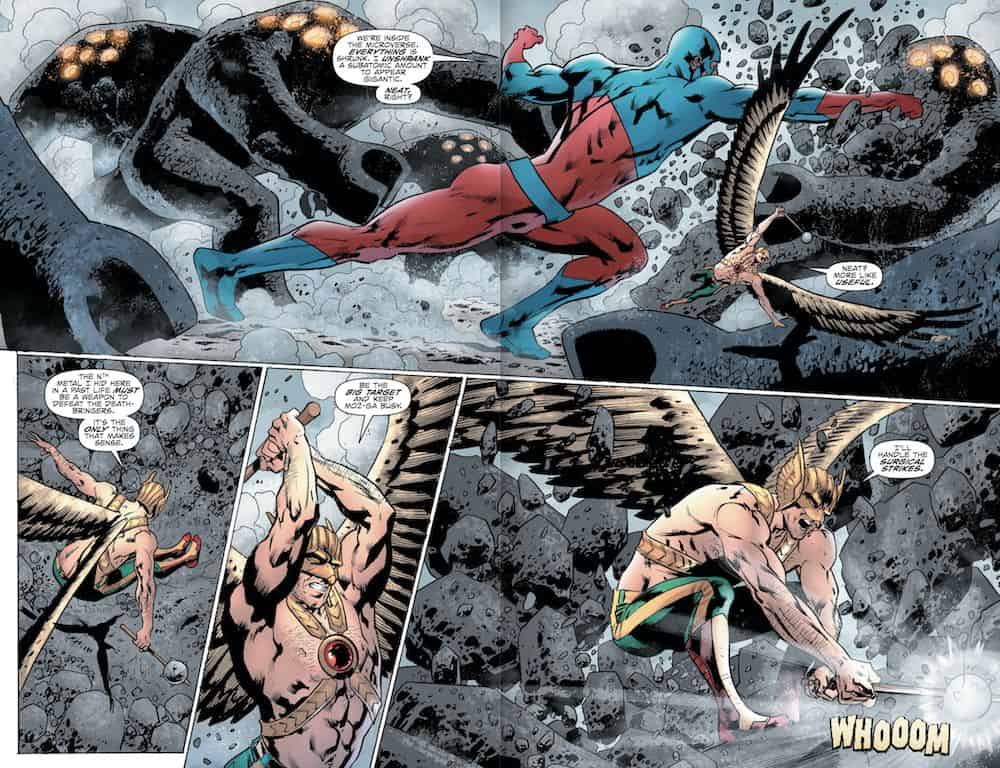 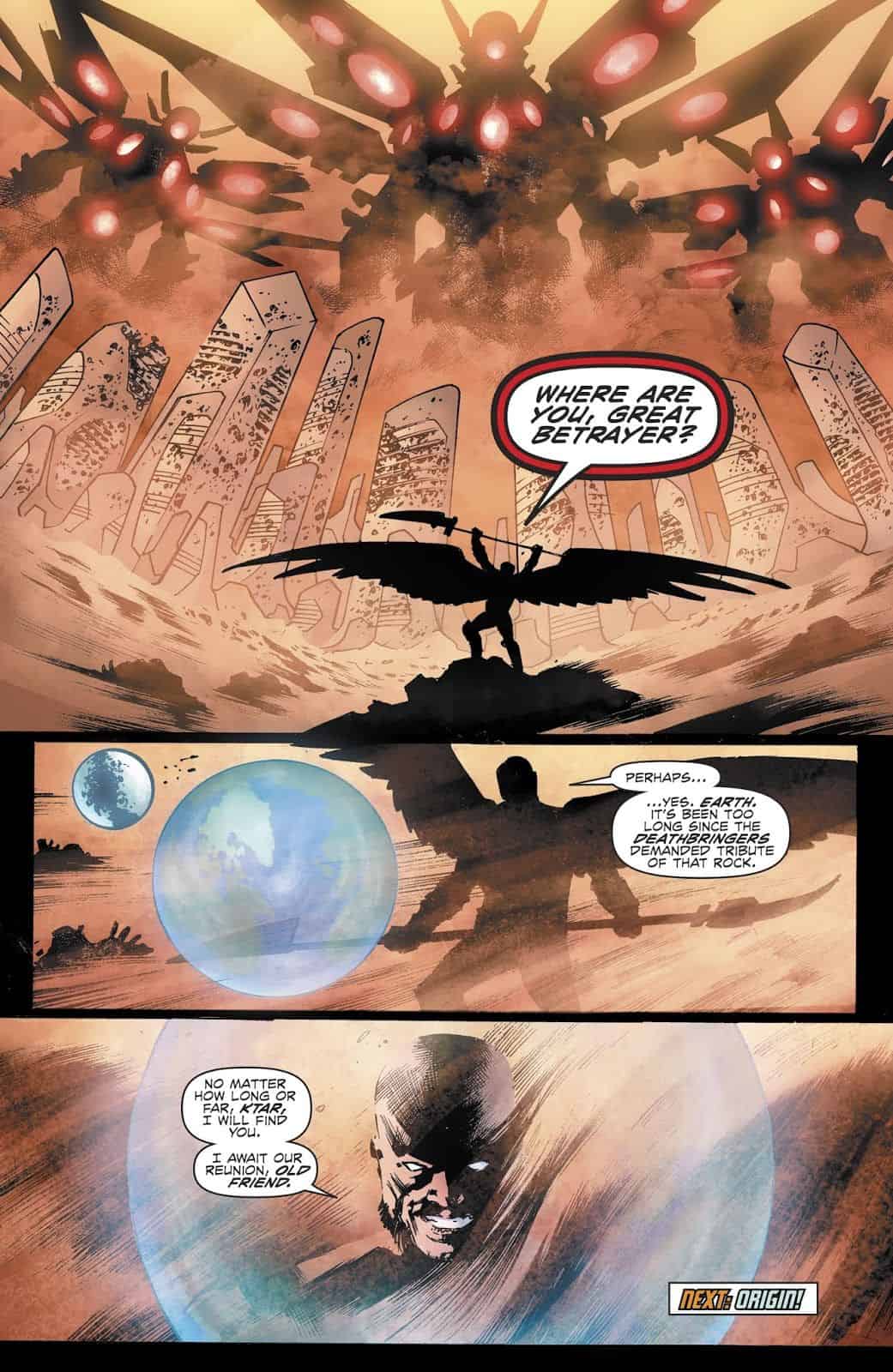 …Ktar. Not Katar, but Ktar. Interesting.