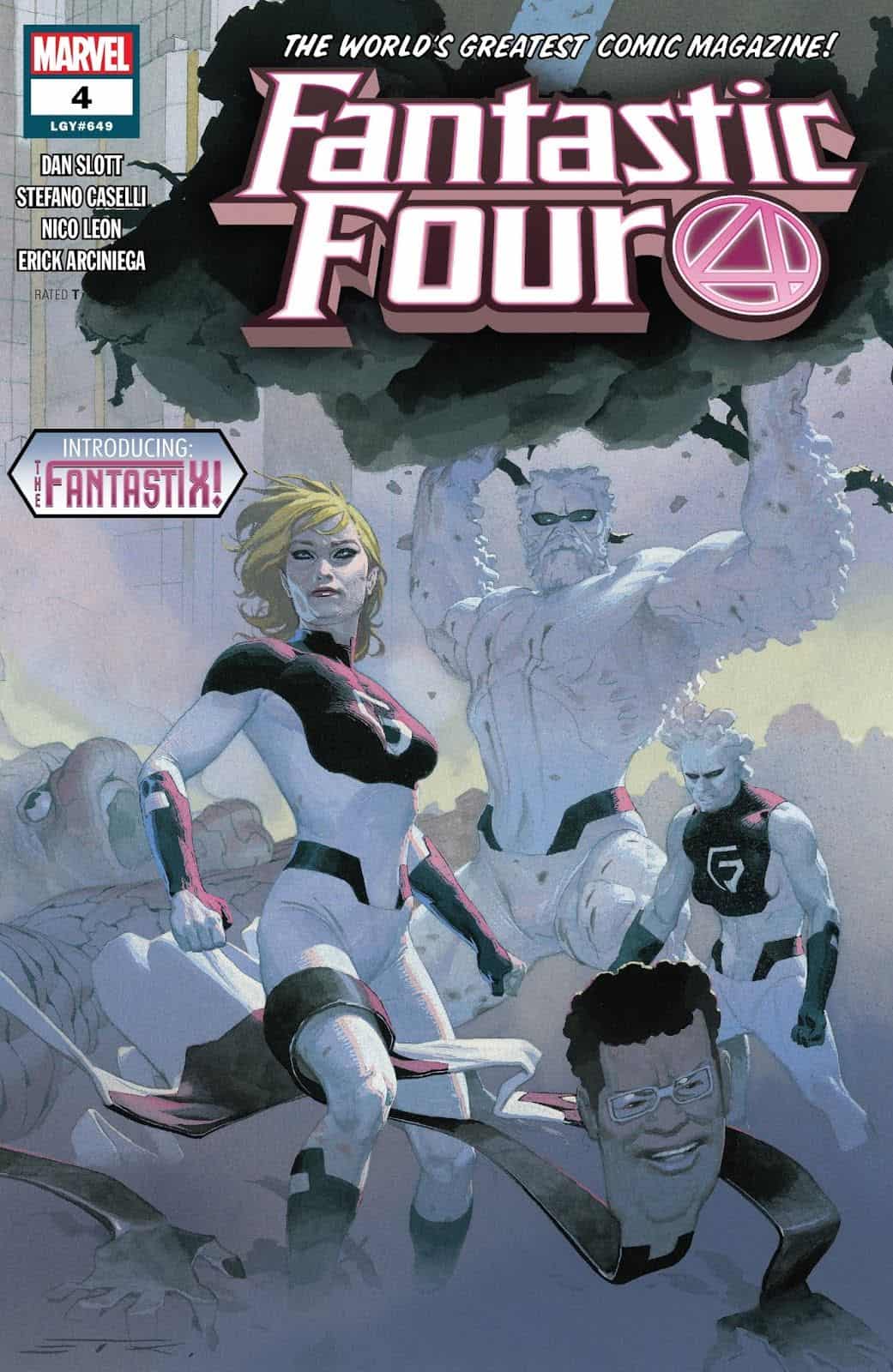 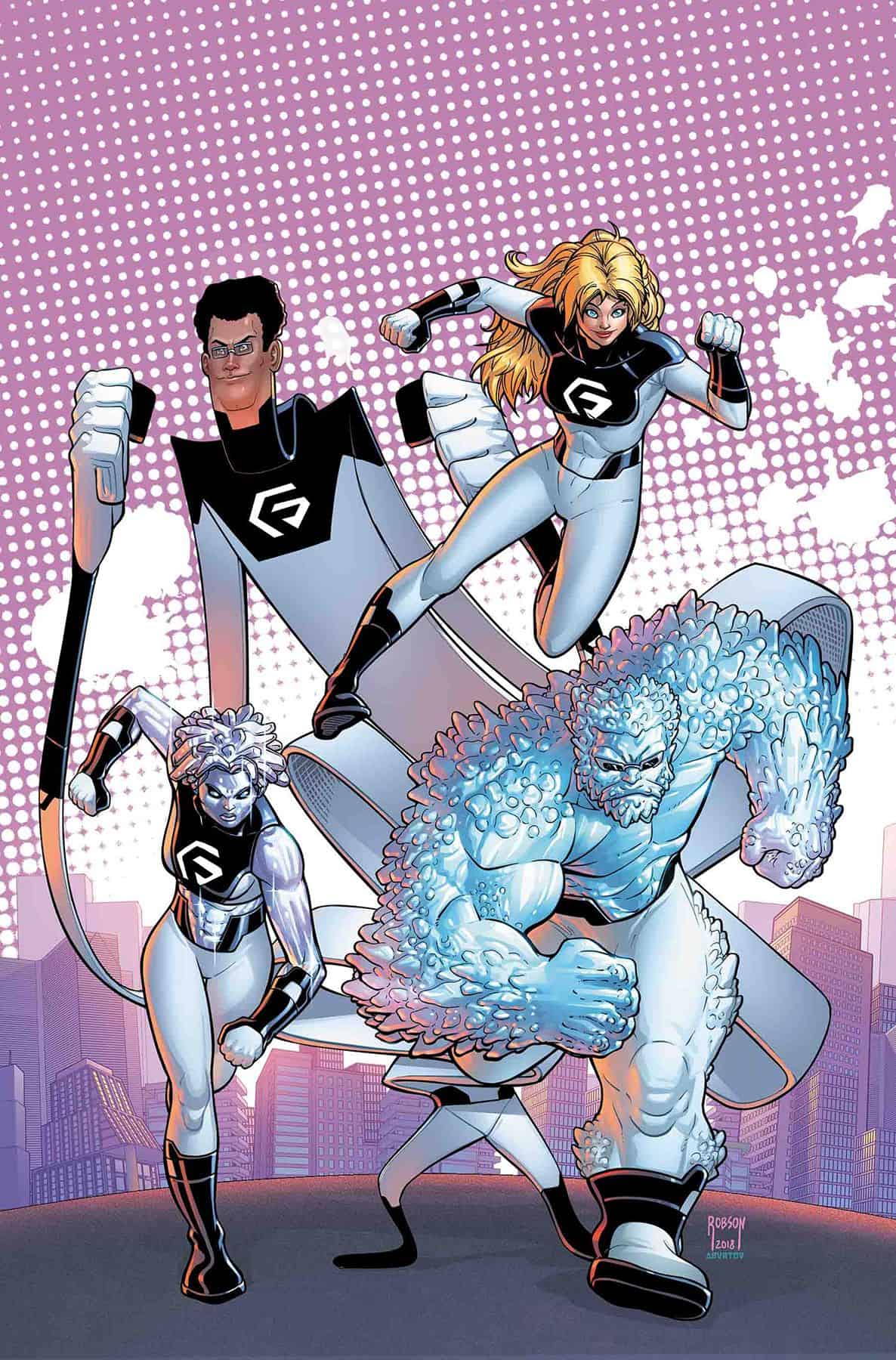 The book opens with a storyline catch-up, dramatis personae and creators credits page. 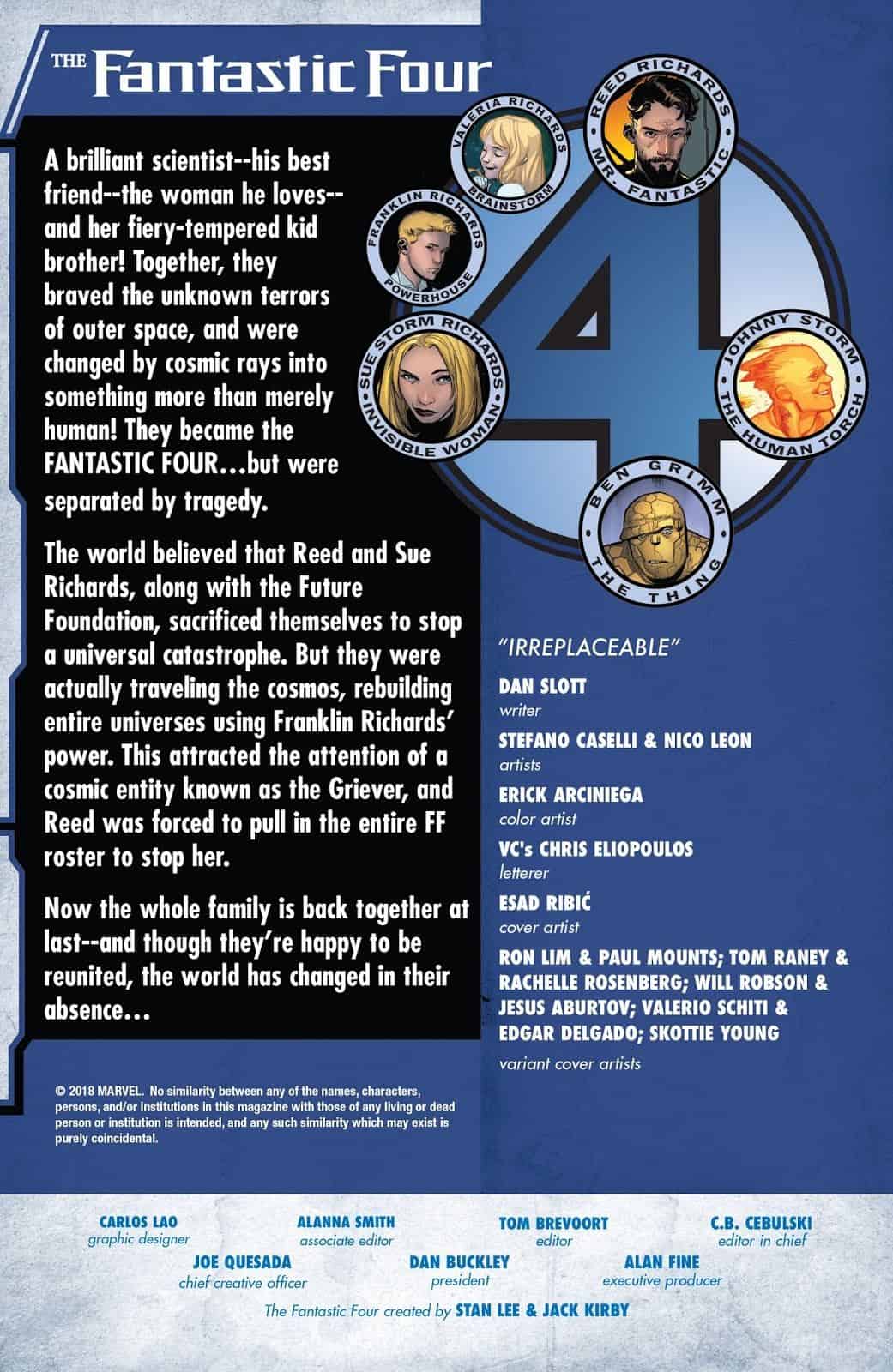 Then we have the debut of a new derivative super-team called the Fantastix who debut to fight the Wrecking Crew. 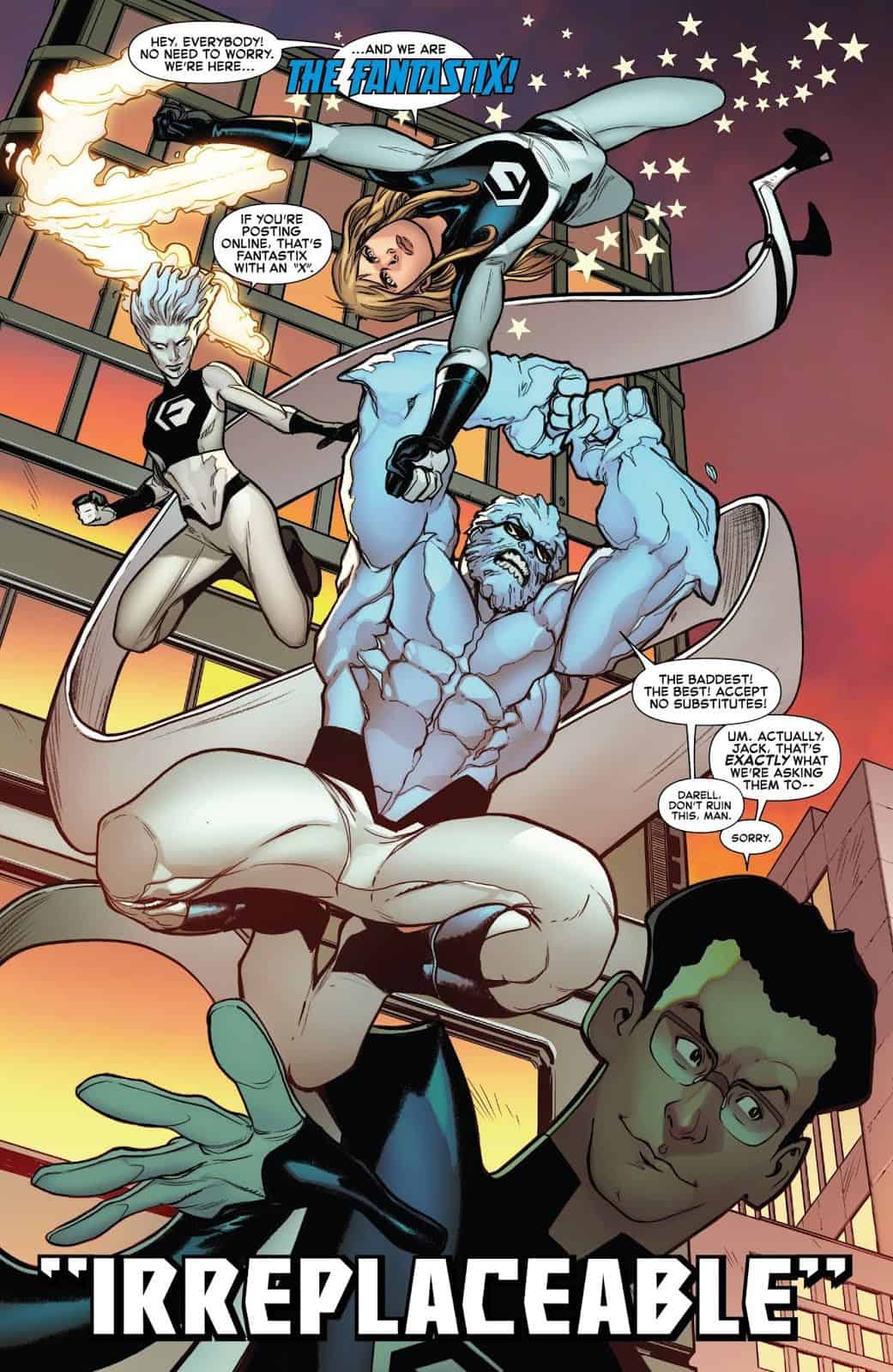 The Fantastic Four make their way back to Earth from across the multiverse and are slap dab in the middle of the Fantastix and Wrecking Crew battle. 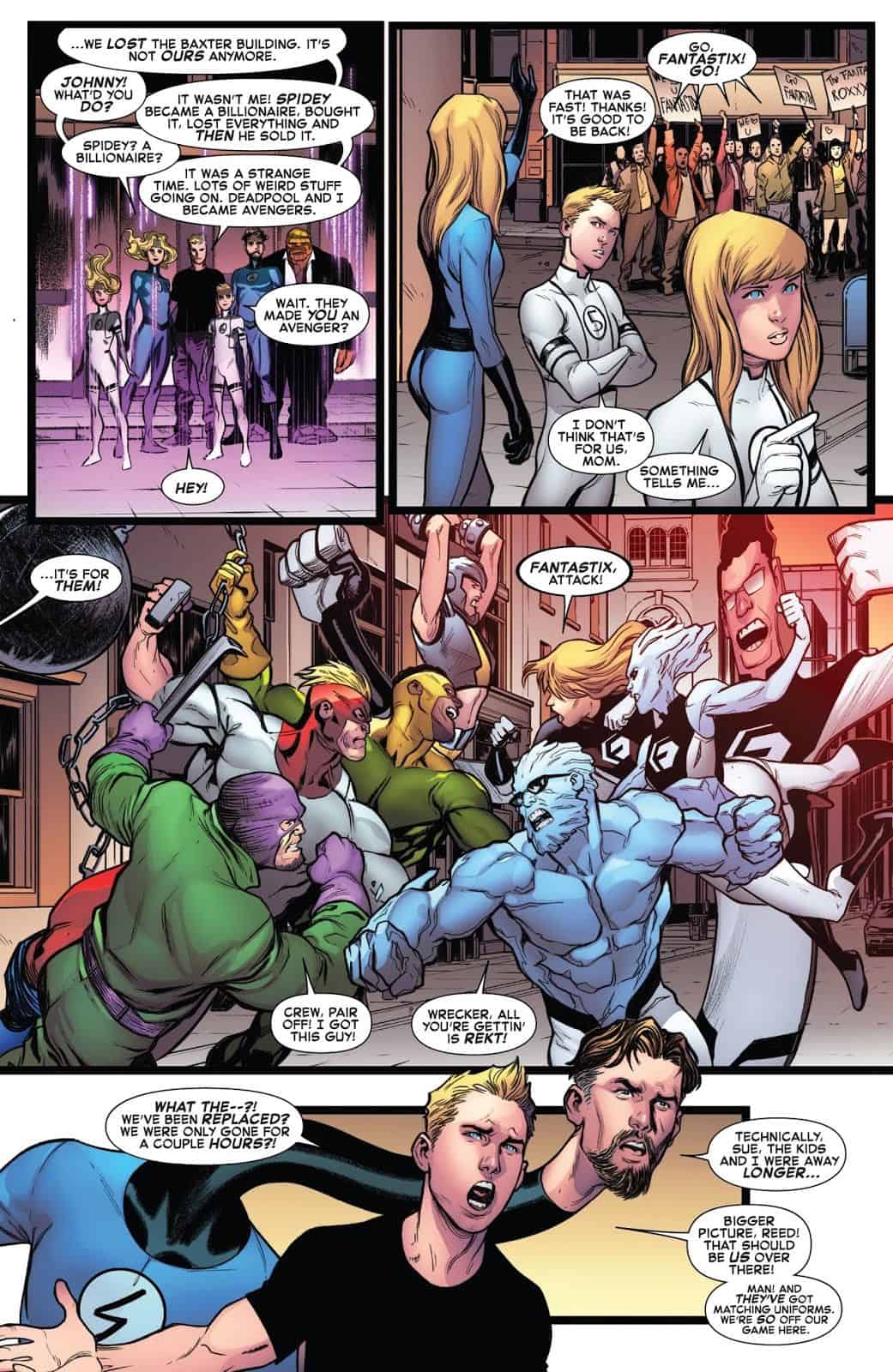 However, all is not as it seems. This battled was all PR to establish the new super-team; a PR stunt they were unaware of. 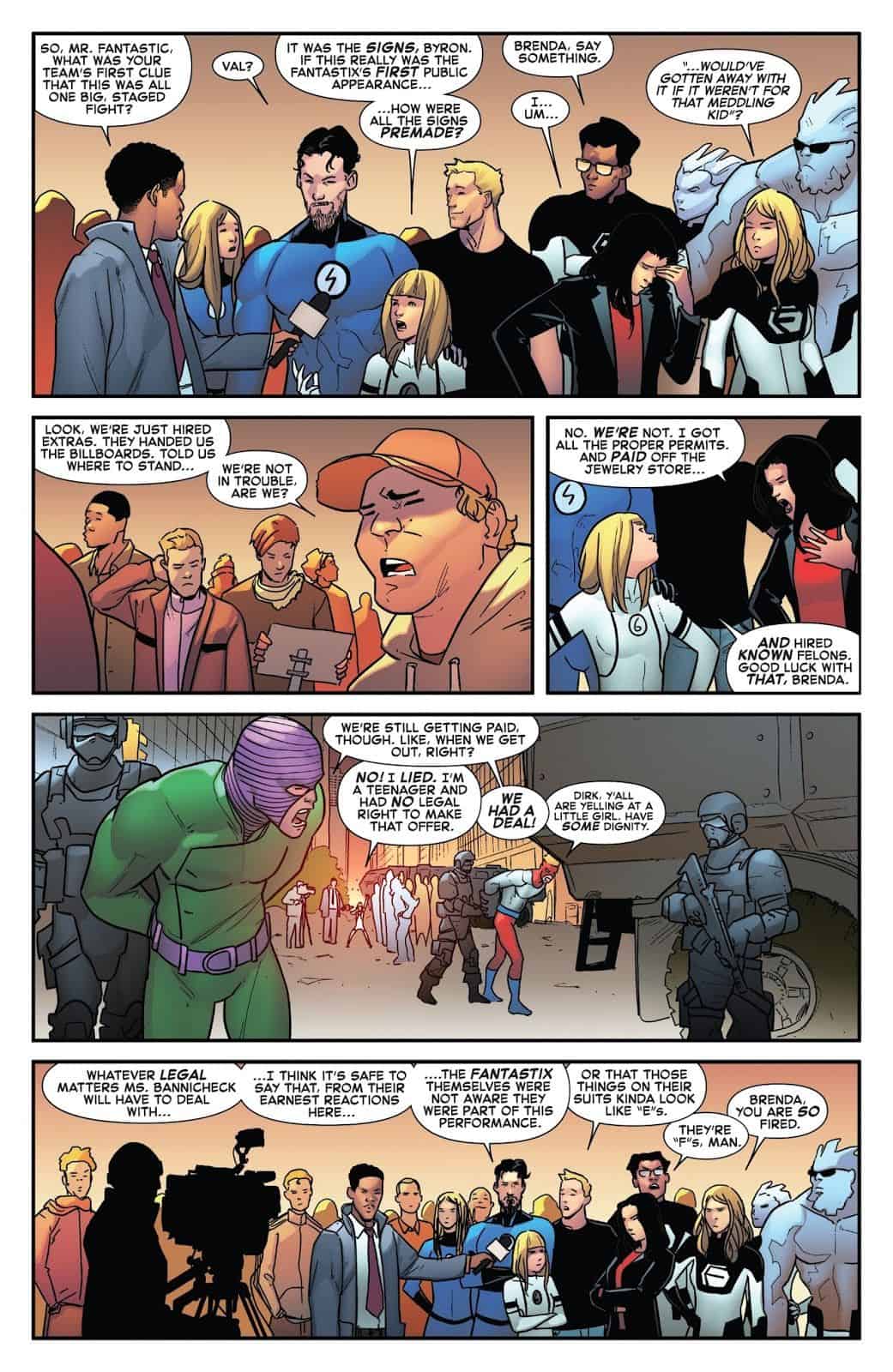 Both teams shake on it and go their seperate ways which… 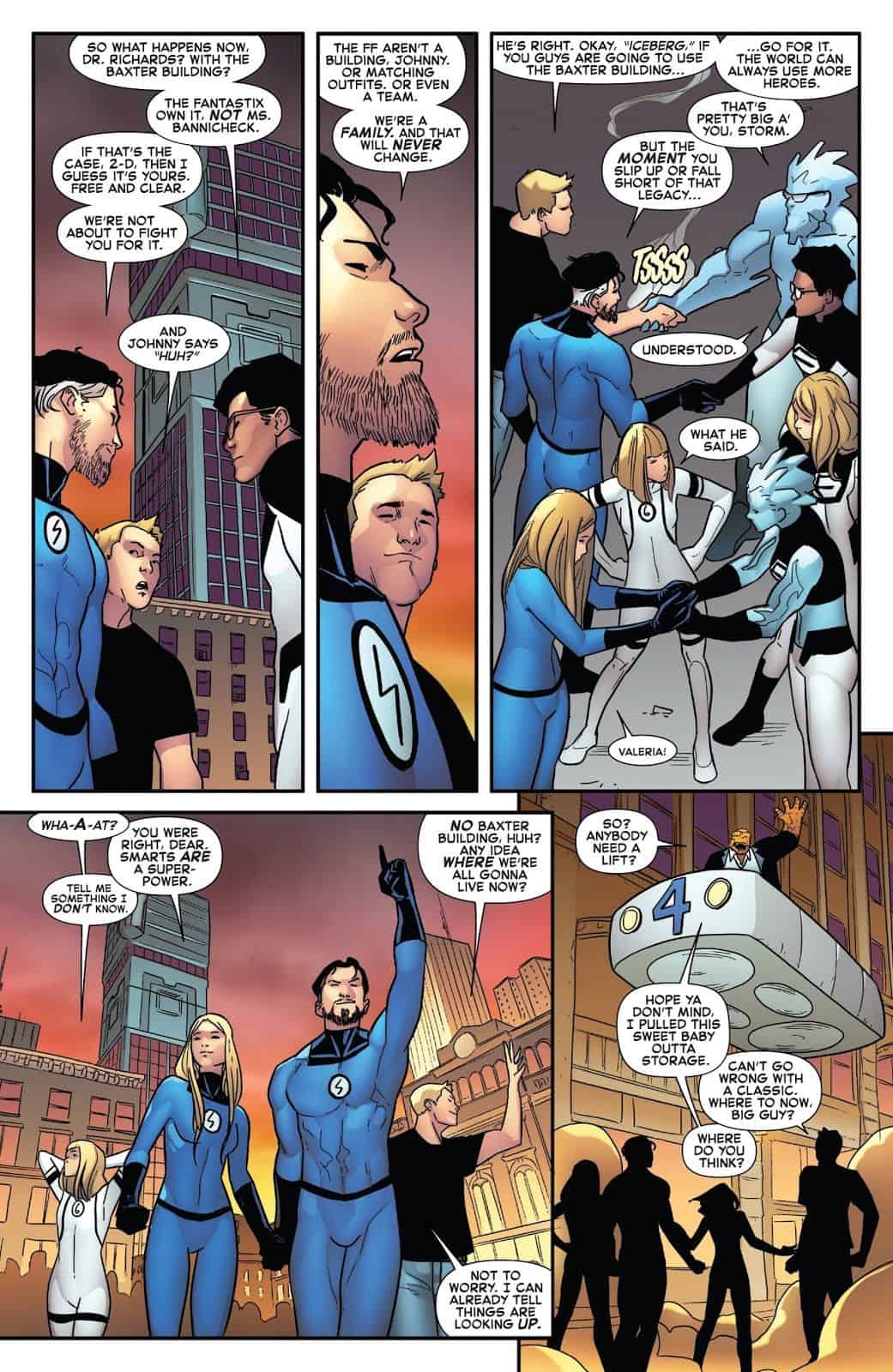 …includes a trip to Ben Grimm’s Yancy Street building as the Baxter Building is no more. 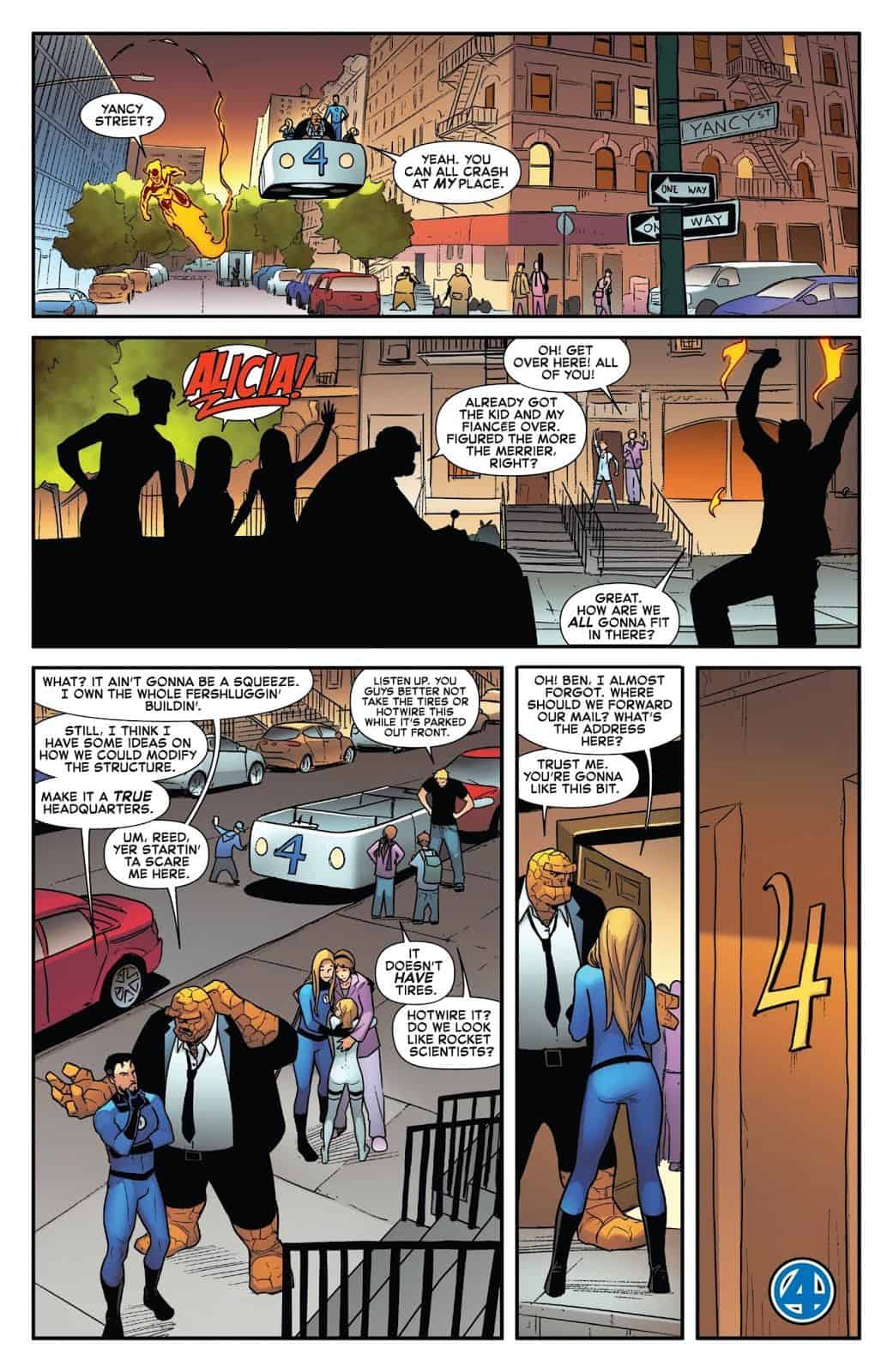 However, based on a FF #4 variant cover the new digs may work for the team.

The book ends with a teaser for next month’s Fantastioc Four #5 which doubles as legacy issue Fantastic Four #650. 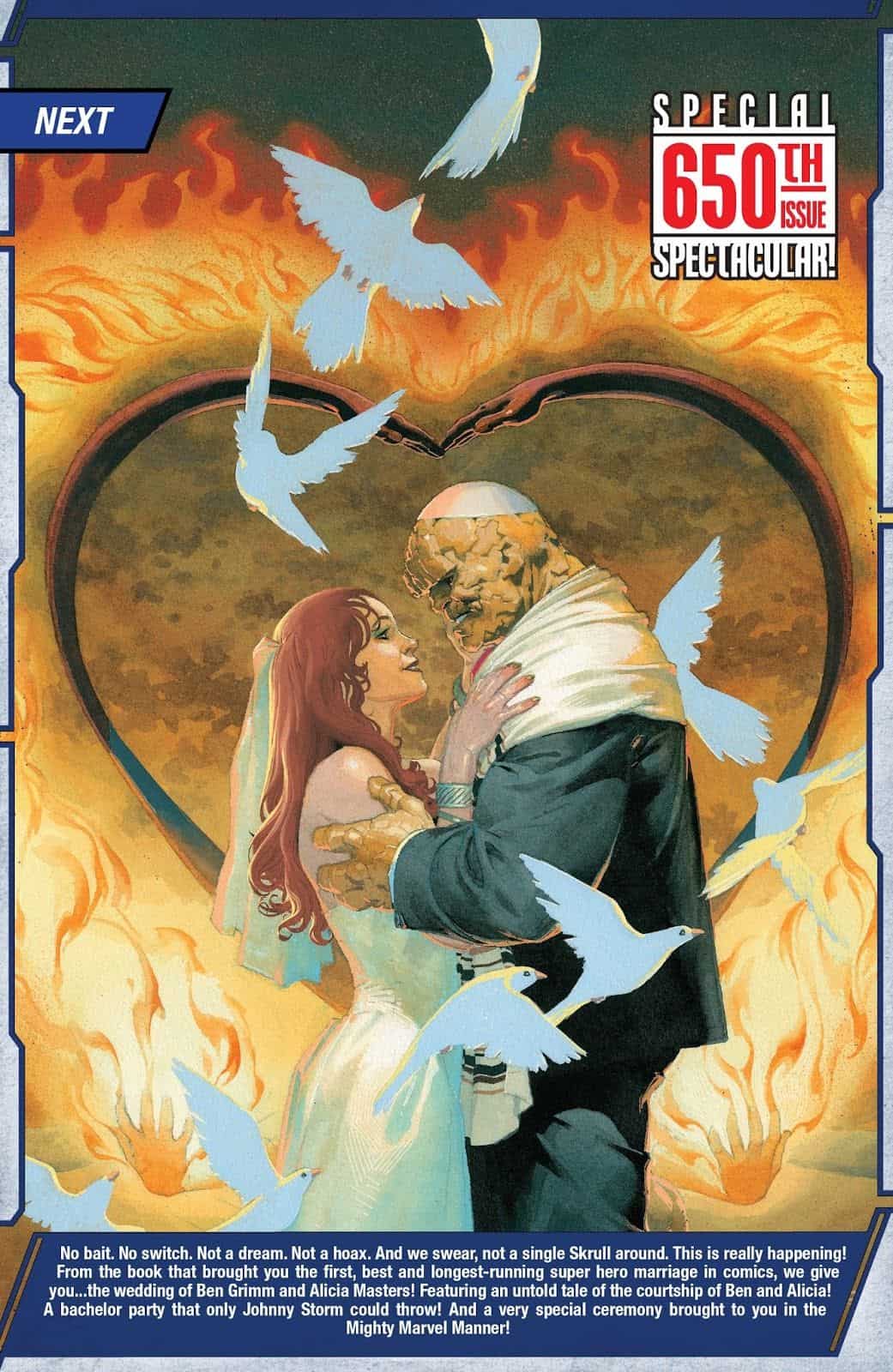 That’s where Ben Grimm and Alicia Masters get married. Marvel notes there will be no bait and switch which constitutes a jab at DC Comics over such a tactic around the wedding that wasn’t between Batman and Catwoman in Batman #50 (full spoilers here).