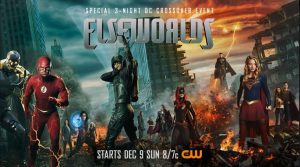 …making the 2019 x-over to come HUGE! The episode also ended the tease that Doctor Destiny will be back as will the Psycho Pirate.

Looks like Arrow, The Flash and Supergirl survive to see another season.