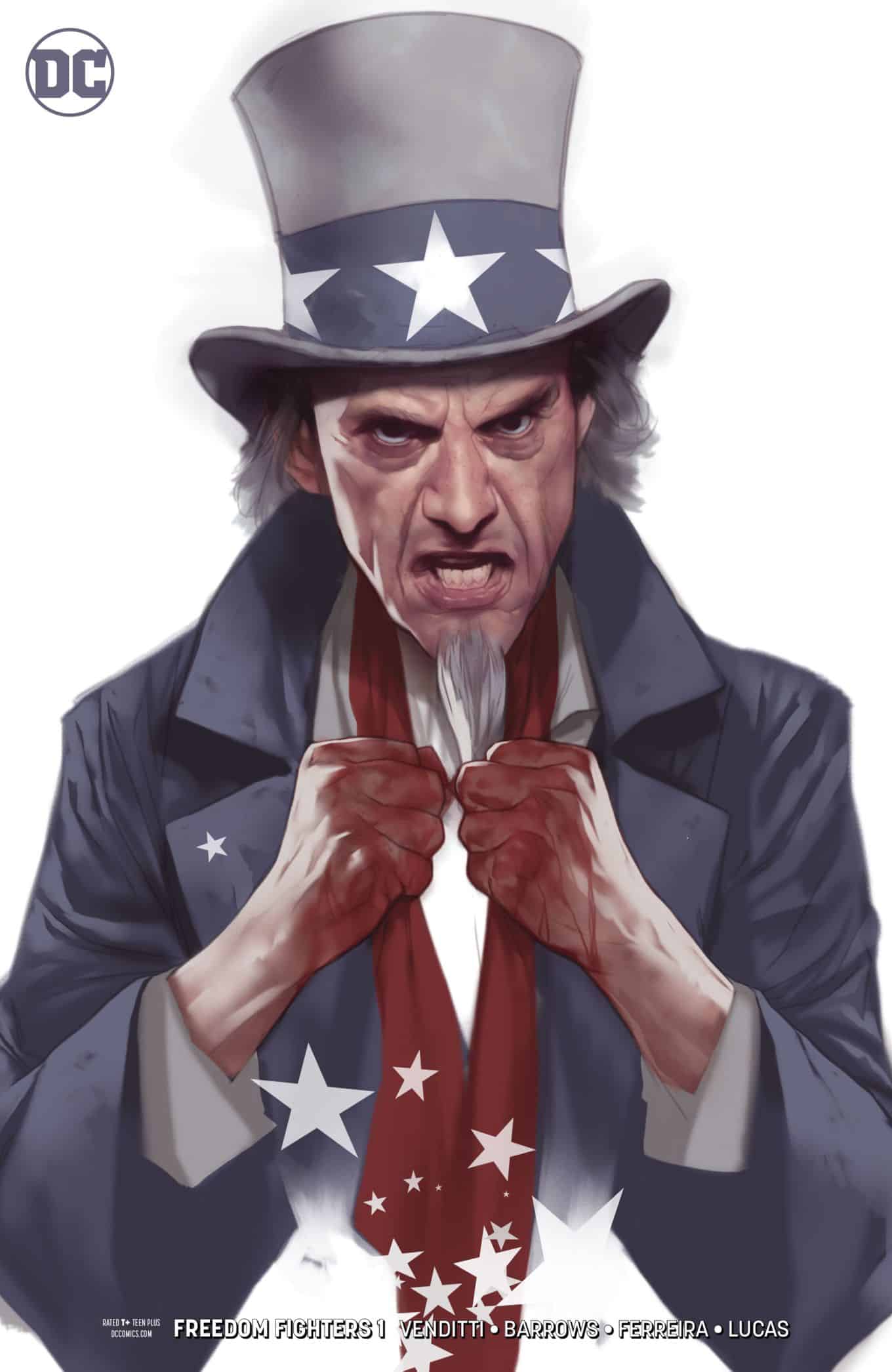 So, What Is This All-New Take On Justice Society Of America / JSA Era Multiverse Super-Team? 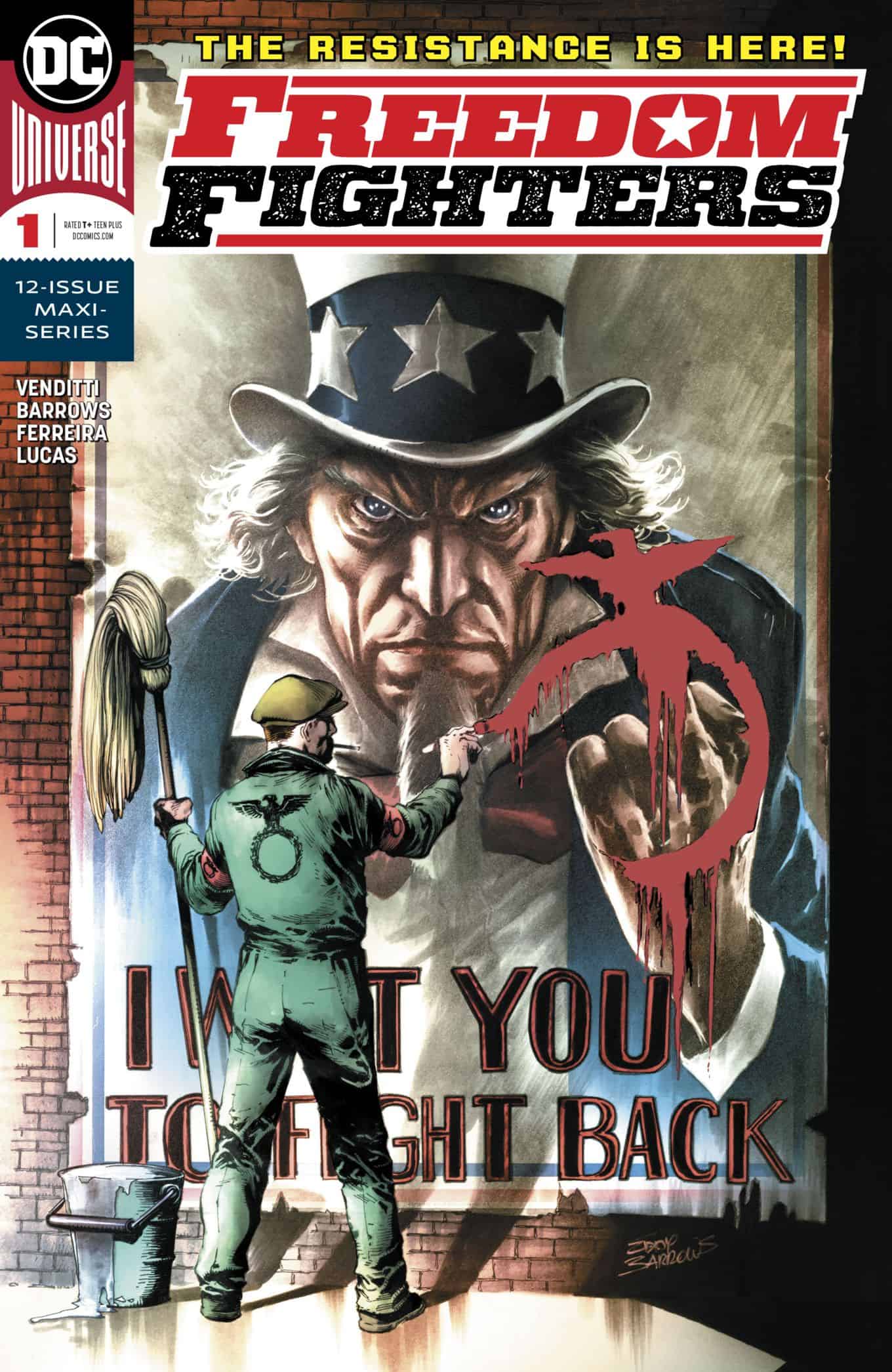 The story opens in 1963 on Earth X where on this world the Nazis won! 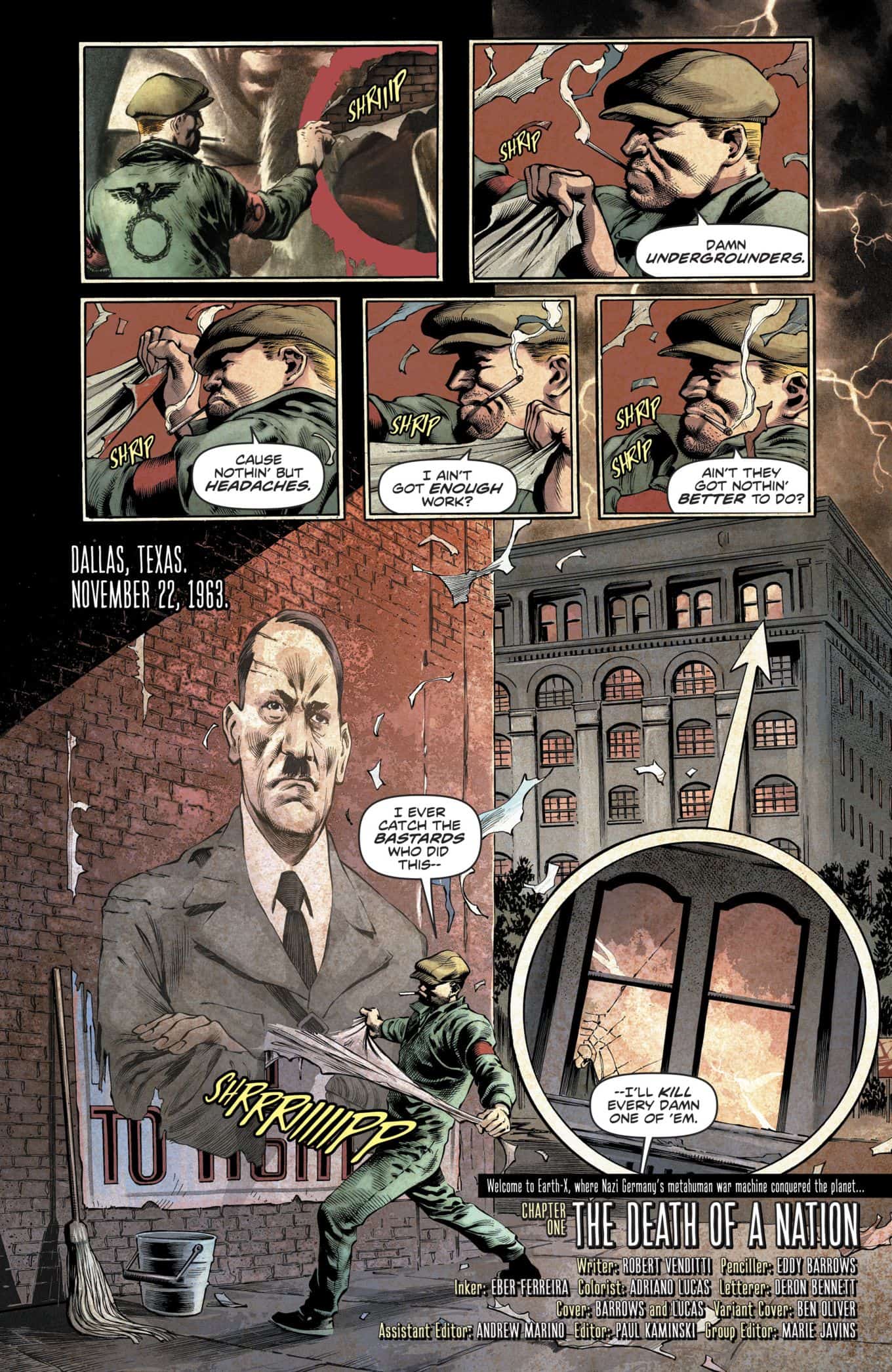 The meta-human arm of the Nazis including Plazztic Men (or Plasstic Men?) who… 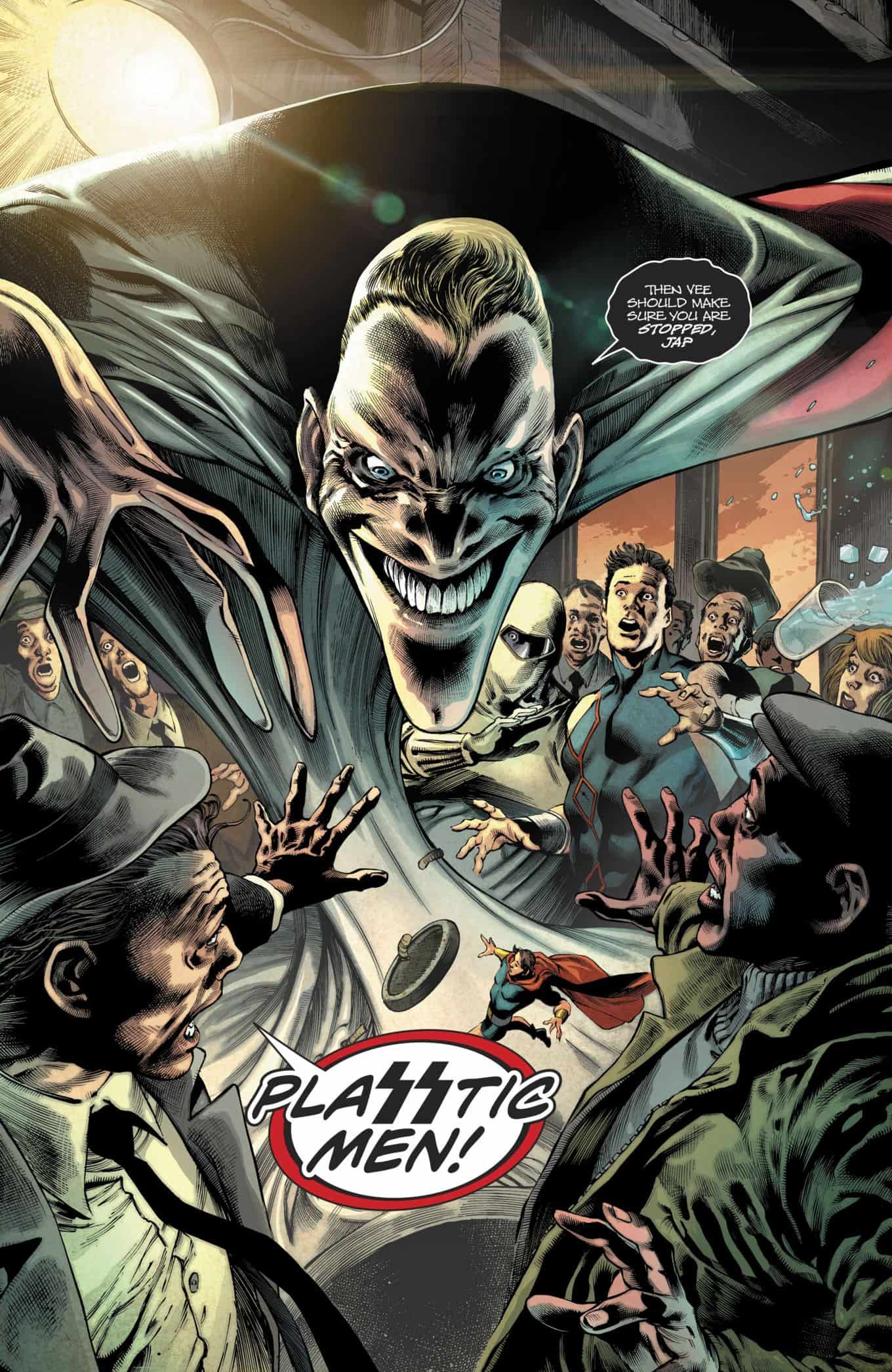 …capture the Freedom Fighters for a public execution… 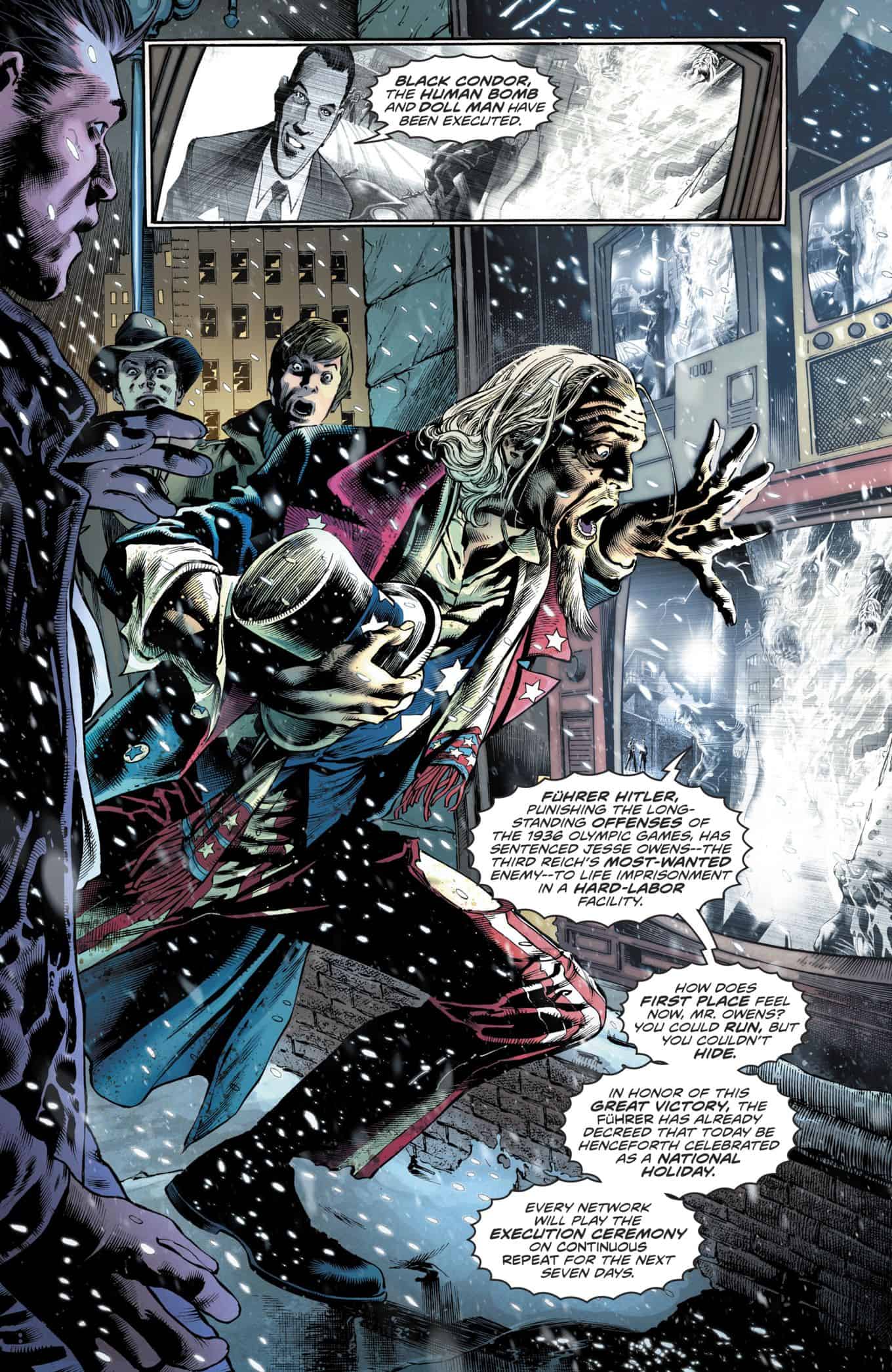 …as Uncle Sam fades away in pain. 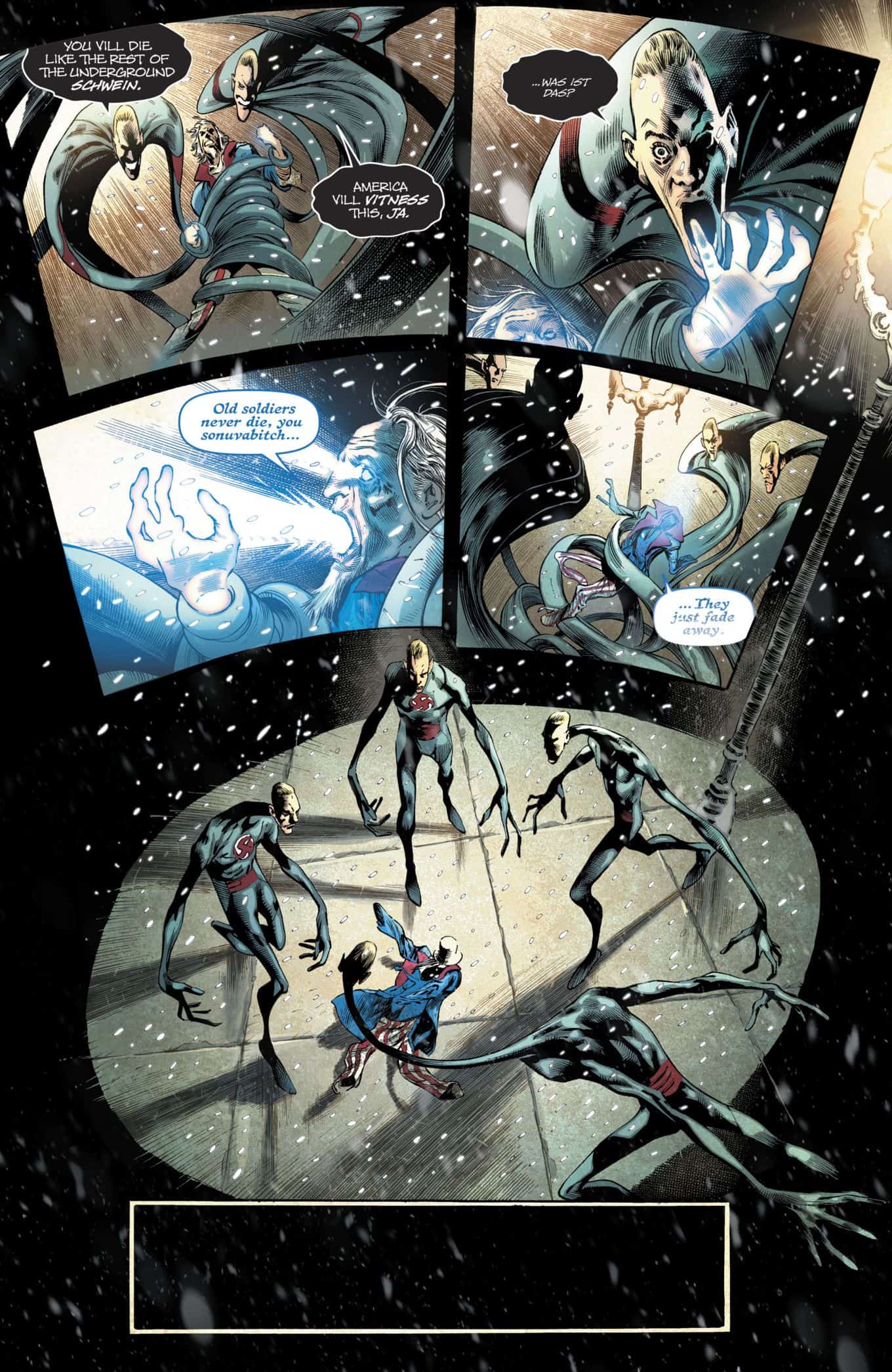 All this 1963 groundwork on Earth X aka Earth 10 seems aligned with the Multiversity Guidebook explanation, but ends with big deaths as an exclamation mark. 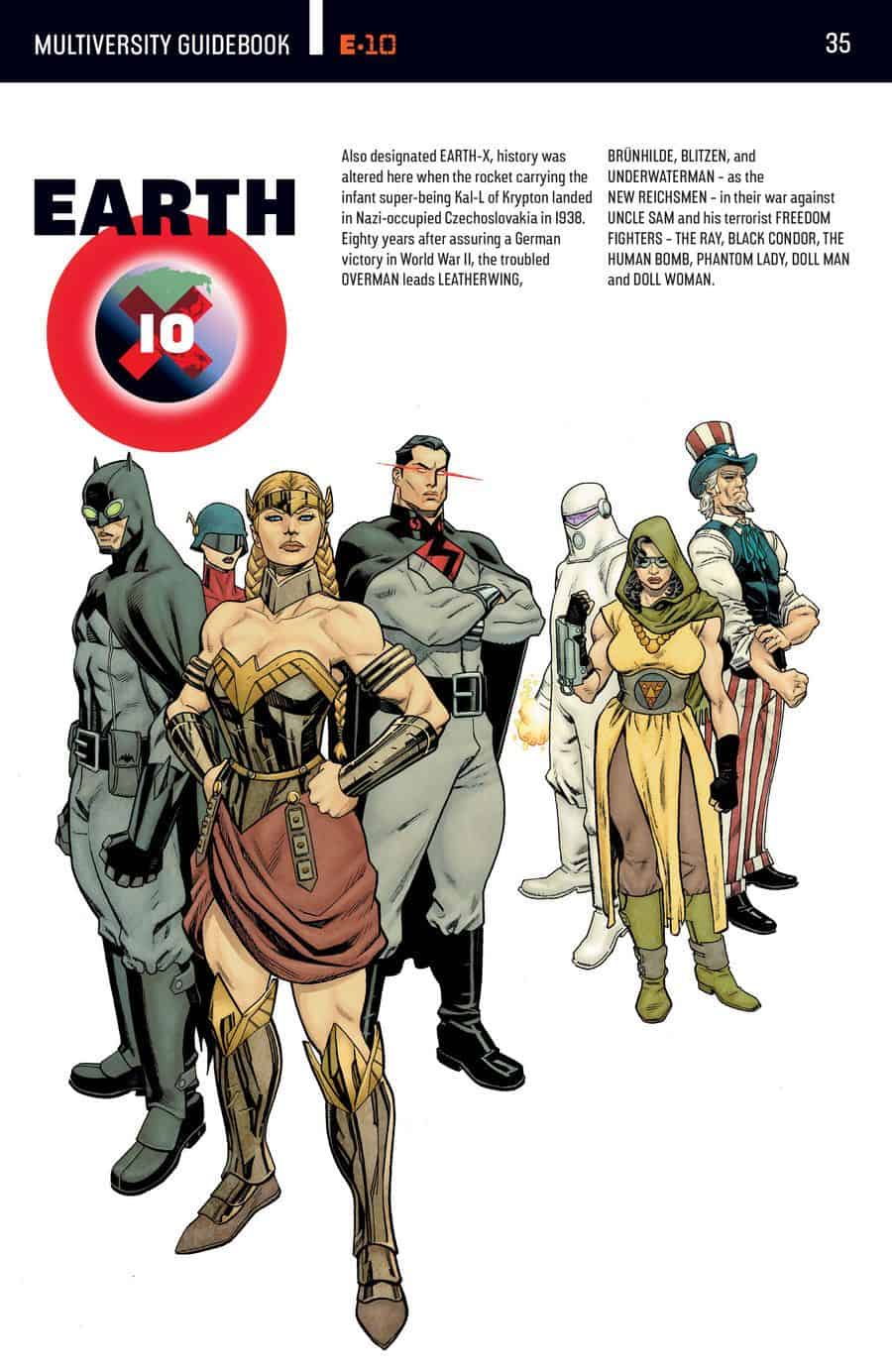 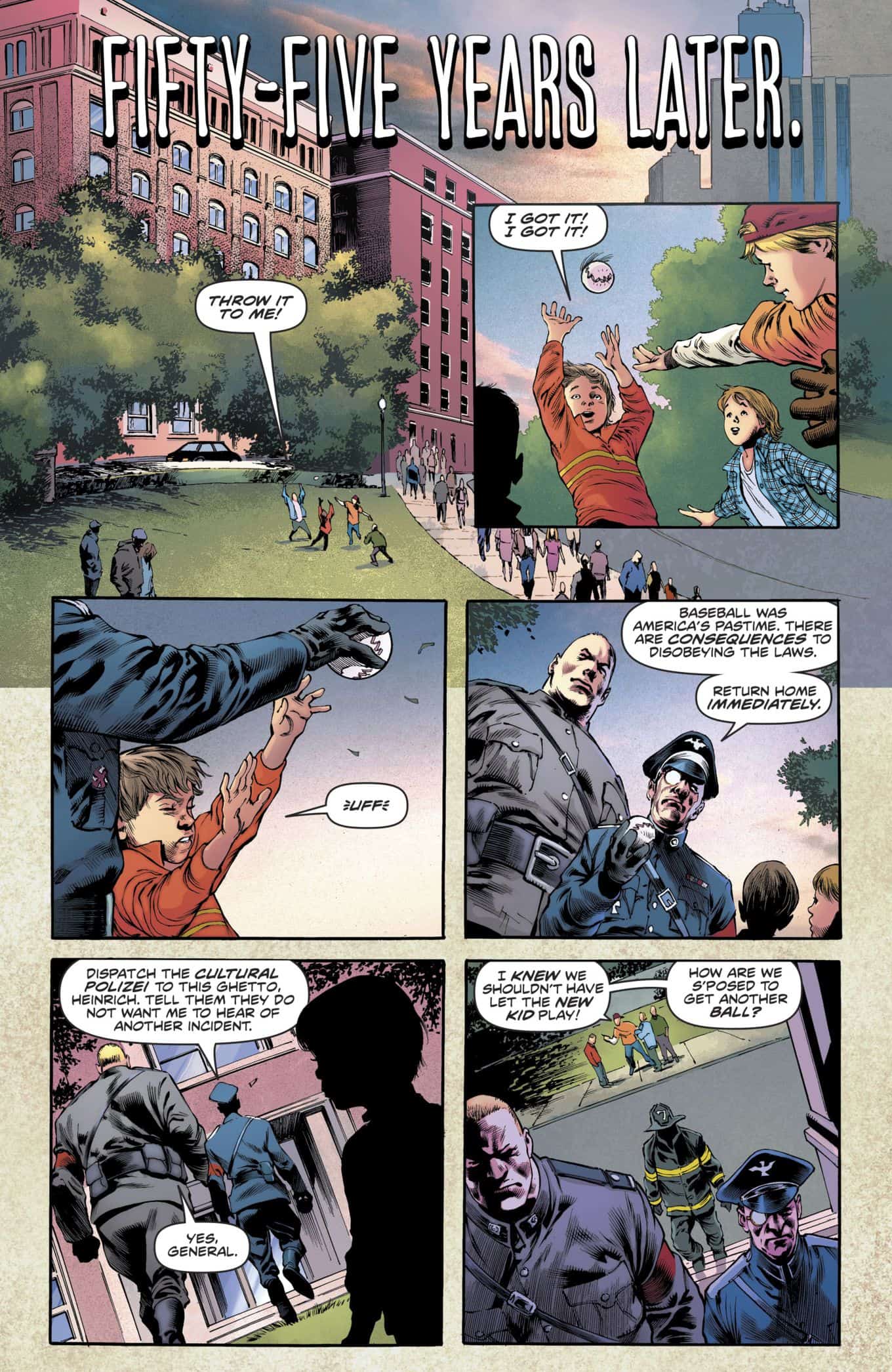 A new Human Bomb emerges with a fire bomb and vulgar hand gesture for the Nazis. 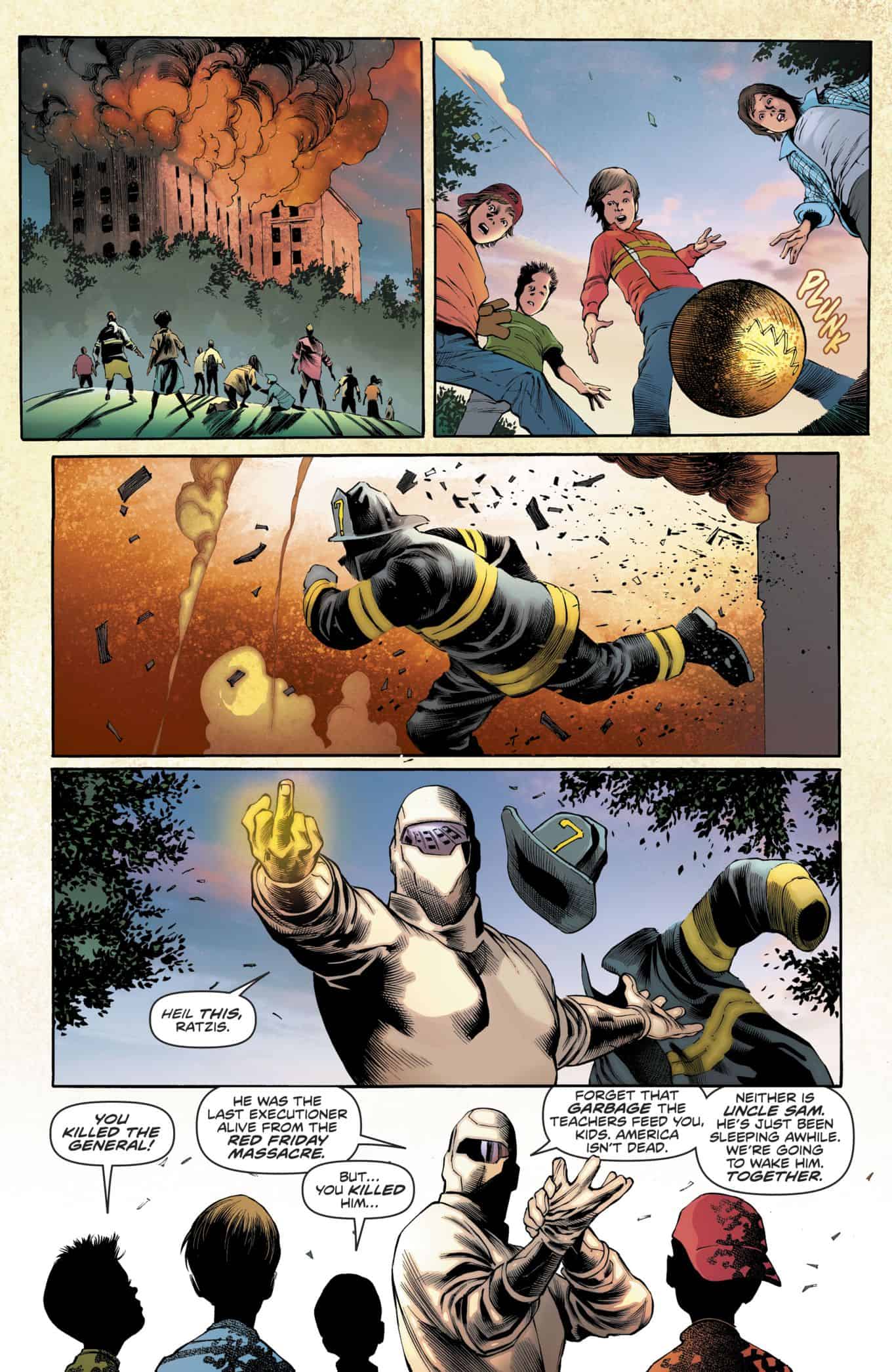 He is joined by new era Freedom Fighters Black Condor, Doll Woman and Phantom Girl, but… 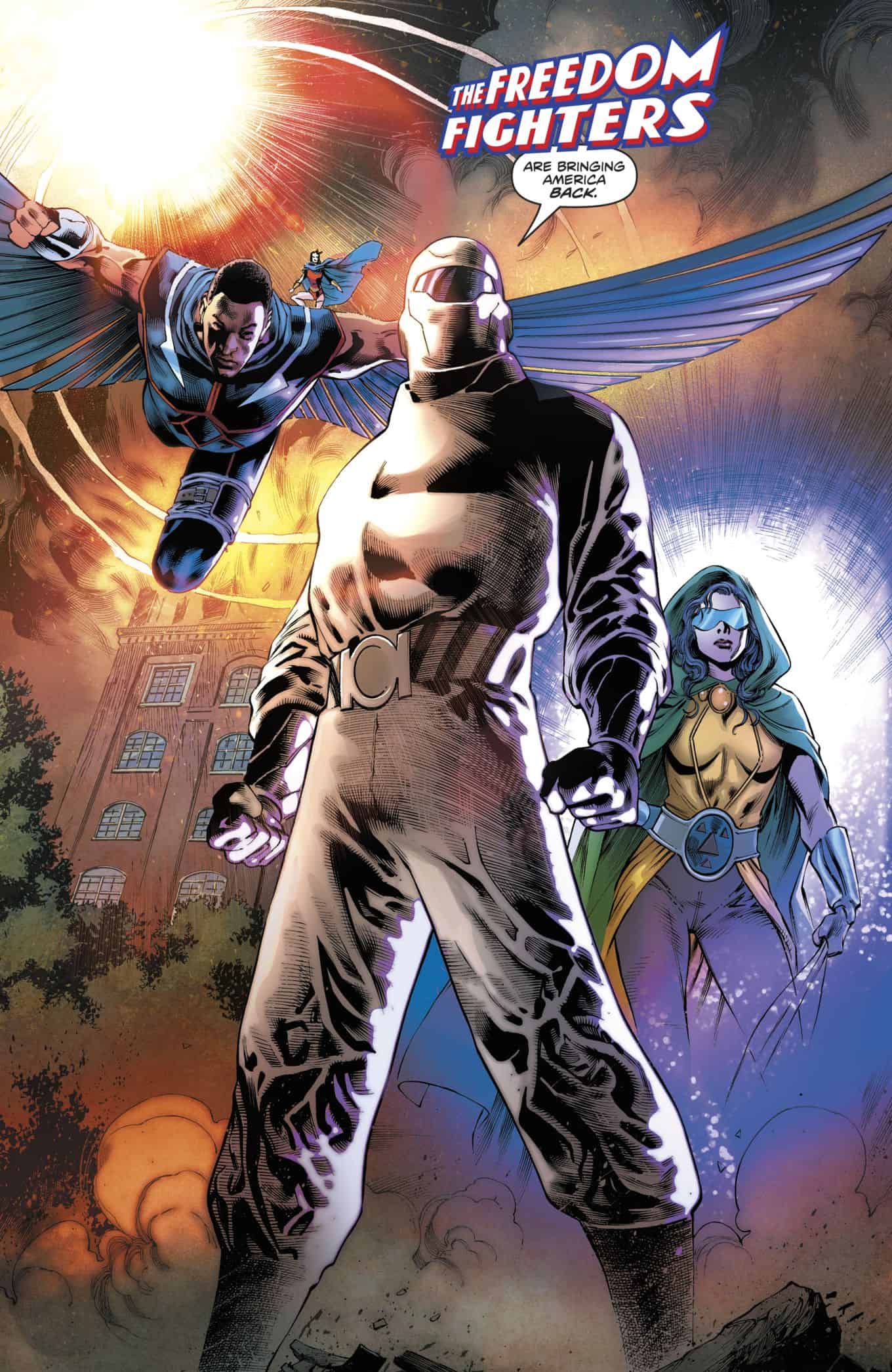 …they are greeted by a deadly Nazi juggernaut! 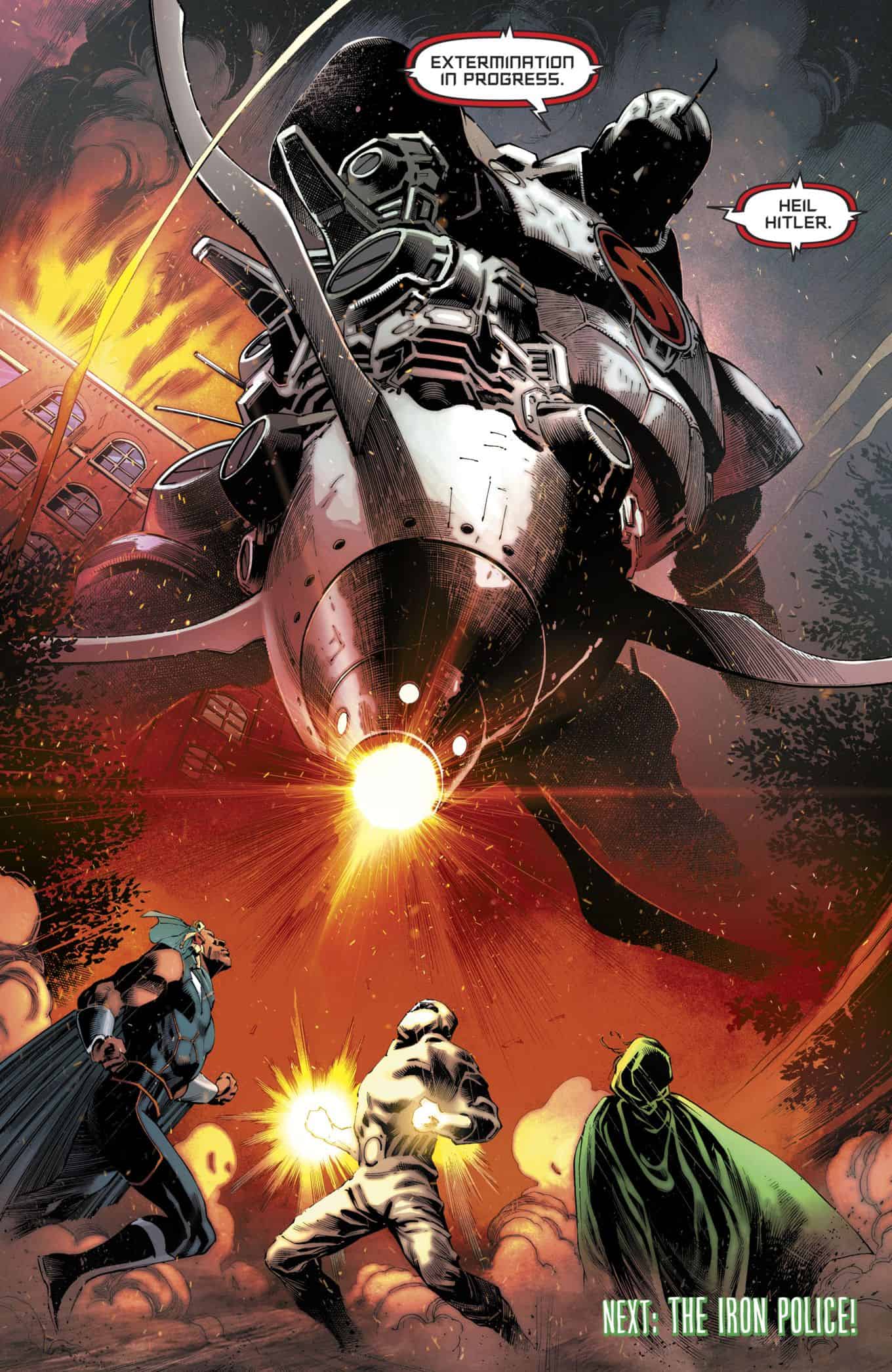 With the variant cover, it appears a young Uncle Sam is set to emerge as well. Art imitating life?