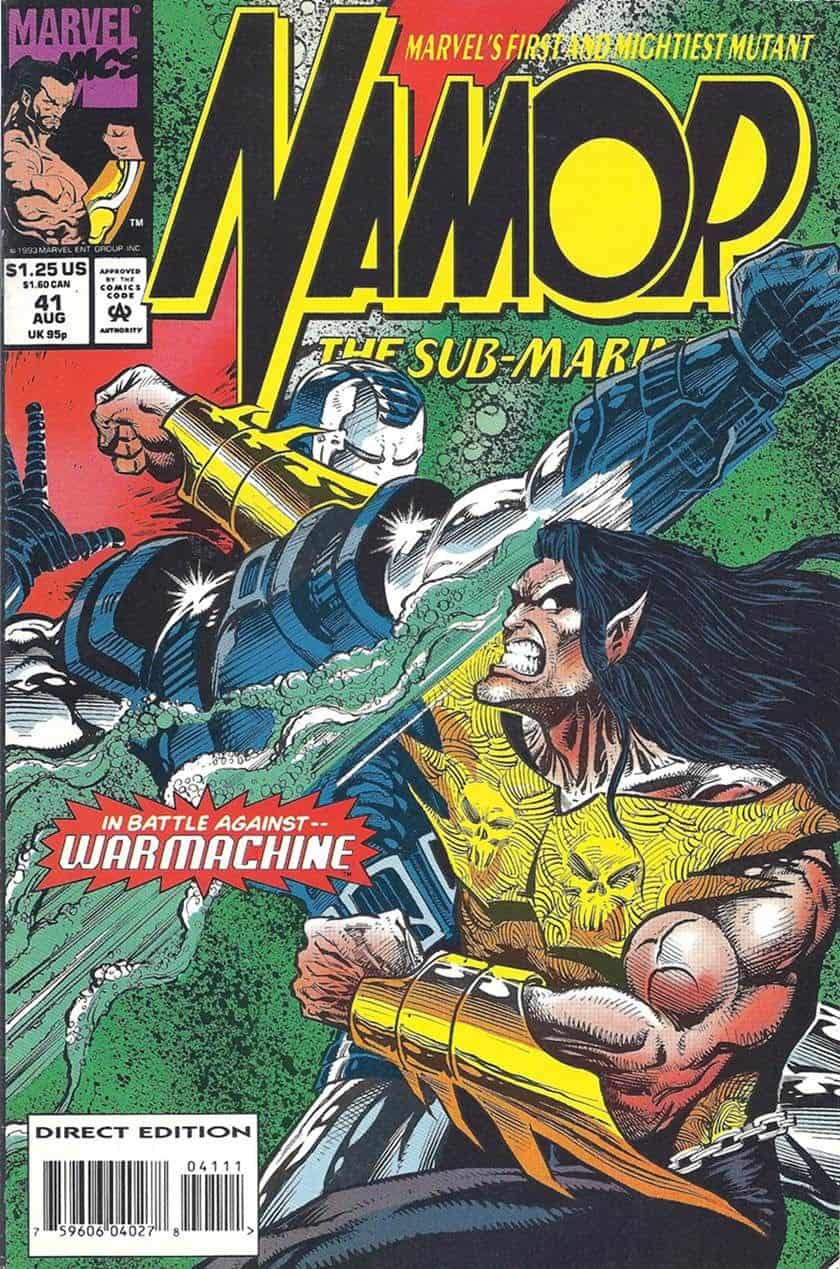 After John Byrne left this title, it was buoyed by the novelty and appeal of artist Jae Lee.  After he left Marvel to go to Image, this book seriously floundered, as did almost all of Marvel in the early to mid 90s.  This was a time when the most talented creators (and some of the biggest hacks) were all flooding into self-publishing and creator control, at Image, at Dark Horse, or elsewhere, and the Marvel line was left adrift.  I only stuck with Namor for a few more issues, suffering through some less-than-memorable fill-in issues, and then jumping ship after two issues of the title’s “new direction.” Let’s see if history has been any kinder to these issues than my late-teenage self was. 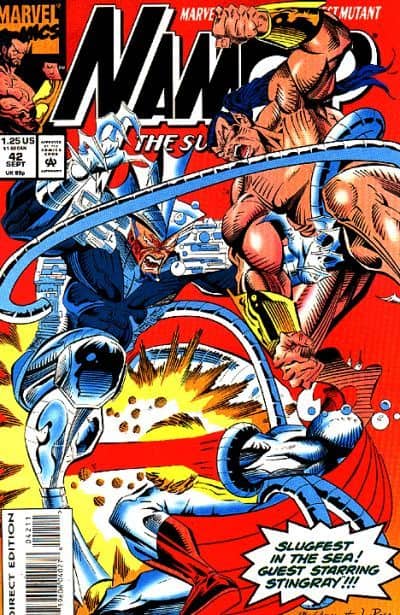 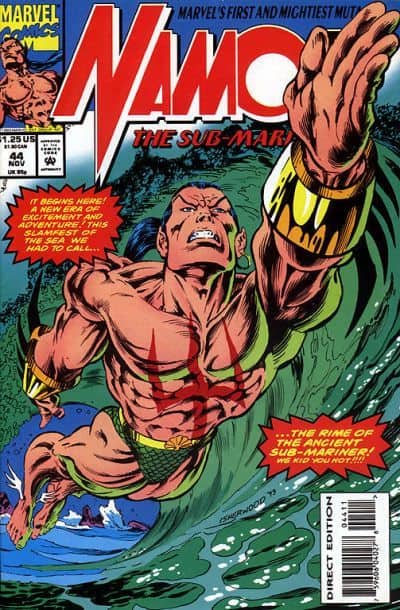 These days, we get annoyed when comics companies, especially Marvel, relaunch their titles every time they have a change in creative team or start a new storyline.  These comics, however, remind me of why that might not always be a bad thing. It was clear, once Harras and Lee left this title, that there was no real plan for it, and so we got a few months of fill-in comics that did not address any of the plotlines or character arcs that might have carried forward from Byrne or Harras’s runs.  Instead, we got some middling to terrible comics, before Herdling showed up and tried to get things going in a particular direction.

There’s not much to say about these comics.  The Kaminski and McManus issue was pointless.  The Thomas and Wyman issues did tell a coherent story that Herdling decided to build on, but they were dull and poorly drawn.  Ignoring the Ancient Sub-Mariner poetry issue, it looked like Herdling had some plans for the title, but they seemed pretty divorced from continuity.

To begin with, I know that Byrne acknowledged that Namor had a weaker version of Aquaman’s aquatelepathy, citing one of Namor’s earliest Lee/Kirby appearances as proof, but the idea that he could lend an ear to a dying minke whale and know all that it had experienced months earlier on the other side of the planet was pretty ridiculous.  Also, these abilities were so rarely used before this, that I remember being annoyed while reading the comic the first time, and thinking that the editors were not paying attention.

Another problem with Herdling’s “new direction” is the idea that Namor is once again away from Atlantis, and the suggestion that Attuma might be the one running things.  That comes out of nowhere.

I dropped this comic at this point, having completely lost interest in it.  While I’m a little curious about both the new Hydrobase plotline (I just like Stingray) and what Herdling had in mind for Triton, I’m not about to track down the rest of this run, which apparently lasted until issue 62, and later involved the Fantastic Four and the New Defender Andromeda (okay, that has me more interested, but I’m not going to bother).

This marks the end of my sojourn under the sea, and it’s been interesting to see how Marvel tried to manage one of their oldest characters during this period.  Namor is hard to write – he’s imperious, hot-headed, and not really the deepest of thinkers.  It’s hard to know what motivates him, and the constant push and pull between his human and Atlantean sides can become boring if not handled carefully.  This series had some very strong aspects to it from the beginning, but it’s clear Byrne got bored, and that the people who came after him didn’t really have a vision for the book.  The 90s were a difficult time in comics, and so it’s too easy to judge this title harshly.  Writers today are struggling with Namor as well, as seen in recent issues of The Avengers, where he’s gone back to fighting against humanity, and is working with villains to achieve his goals.  He’s like Magneto in the number of times he’s flipped from positive to negative figure, and like Atlantis picking up and moving, it happens way too often to feel fresh. 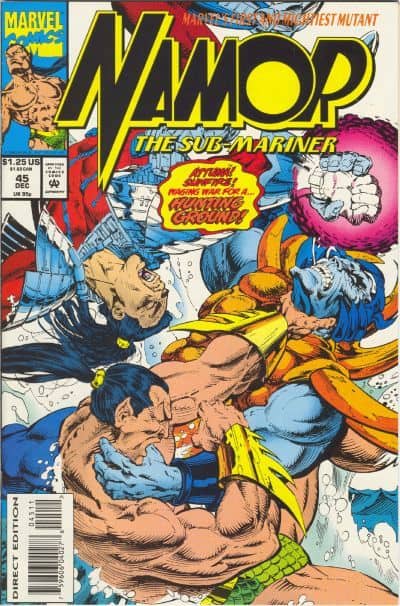 It’s interesting to think about this book in relationship to Aquaman, whose books I dove into not that long ago for this column.  The two characters have so much in common, yet their runs do feel different (even if they embraced long hair around the same time).  It would have been interesting to see a John Byrne Aquaman or a Peter David Namor, just to see how they would differentiate their approaches.

Next time around, I’m going to be looking at a truly oddball 90s DC team book by one of my favourite oddball 90s writers that I only picked up the first two issues of, but always wanted to get back to.  I recently grabbed the whole run at a convention, so it’s time to see if it was worth the hunt.

These books have not been collected in trade form, but are available on-line and in a dollar bin near you.