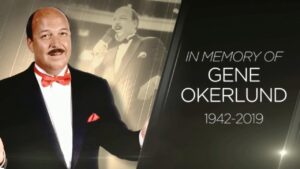 “Mean” Gene’s tribute graphic airs before a wild brawl with Seth and Lashley happens on the ramp and Lashley gets knocked off the stage. Cena comes down and talks about hard work allowing you to get what you want in life and he enters the Rumble. Drew yammers on for a while about taking out legends and takes credit for taking out the Shield. Lio Rush comes out and demands that something gets done about Seth or he’ll get a lawyer and then he cancels the show. Seth brawls again before Dean and Lashley jump Cena and the camera shows off his bald spot. Balor comes down to make a save leading to a six man tag.

Drew deadlift suplexes Balor down for 2 before it just becomes a sea of everyone doing big moves. Cena eats Lashley’s spear, but Lashley eats a superkick from Seth. Frog splash misses on Drew, but he hits the curb stomp on Dean to win. HHH is shown on the tron talking with Sasha and Bayley. HHH gives Seth a shot at the IC Title tonight in a falls count anywhere match. Hogan walks backstage and gets booed on-camera.

Hogan comes out and gets cheered in his Mean Gene-O-Mania shirt that PWTees is selling. We get a compilation of Gene and Hogan moments and Hogan credits Gene for making Hulkamania as big as it was. They air a metric ton of top-shelf Gene moments from the WWF, and a bit of AWA stuff without much WCW footage. Hogan talks about Gene and the angels singing and making a tag match with Savage and Warrior against Piper and Mr. Perfect with Andre as the special referee. This was a fantastic sendoff for Gene and if it’s the last thing Hogan ever does on TV, it was a great one for himself and his entire era as well.

The Revival face Roode and Gable with lumberjacks outside. Roode throws them around a bit before Gable gets a crossbody and it’s rolled through for 2. Gable gets a German on Dawson, but Dash splashes him for 2. Gable and Dawson fight over a backslide and Roode gives Gable a nudge to put him on top of a small package – but Dawson’s foot is on the rope. NXT callup video airs before Elias faces Corbin. Corbin lands a right hook and wins with End of Days. Corbin is still wrestling in his fancy GM getup for some reason – but it is a better look than him as a wanna-be emo biker.

Dean talks about Seth getting the title and that meaning the end is here for everyone. Braun comes down and Heyman says that he knows how much WWE has spent to build up Braun vs. Brock having a faceoff tonight – but the card is subject to change. Braun calls Brock beastie boy and licks his lips – well that sure made Braun seem great. Braun insults him for a while and then Brock comes down and Braun just keeps talking. Jinder and Alicia face Apollo and Ember Moon. Ember hits the Eclipse and Alicia sells it by going in the complete wrong direction.

Alexa comes out and chats with Ronda and Ronda talks about how great Sasha is. Nia takes offense to this and Sasha comes down and Nia tells her to get in line. Sasha gets the line of the year in with “bitch, what line!?” Sasha wants a match with Nia and the winner faces Ronda. This is all fine and Nia dominates her throughout the match – including hitting a nasty Samoan drop over the top rope. Sasha goes for an apron rana and Nia just falls flat and Sasha smacks the floor hard. They played this off as a basement rana, but that looked awful. Sasha gets the crossface and wins it. Dean and Seth brawl for their match and fight backstage. Seth goes to shove a large pile of grating into Dean, who thankfully has plenty of time to move. They brawl into the ring and Seth gets a buckle bomb and a superkick. Lashley comes down and destroys Seth with a spear and Dean retains before Lashley hits a Ron Simmons-style spinebuster through a table.