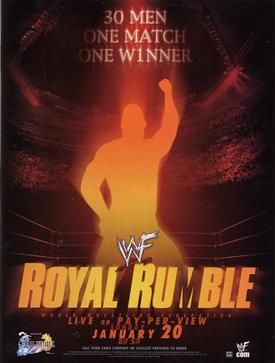 ~MATCH #1~
World Tag Team Champions Tazz & Spike Dudley defeat The Dudley Boyz (Bubba Ray Dudley & D-Von Dudley) (w/ Stacy Keibler) at 5:06 to retain the titles. Tazz and Spike have been the Champions since 1.7.02, and this is their second defense. This is a rare case where the Champions come into the match as the underdogs. Bubba and D-Von isolate their brother Spike, keeping him away from Tazz for a bit. Eventually though, Tazz gets the hot tag and the referee loses control. Tazz traps D-Von in the Tazzmission for a quick tapout and the Champions retain. This was wisely kept short, but it’s pretty sad that this was what the Tag Team Division was at this time.
Rating: *½

~MATCH #2~
William Regal defeats Intercontinental Champion Edge at 9:45 to win the title. Edge has been the Champion since 11.18.01, and this is his eighth defense. The referee finds brass knuckles in Regal’s tights before the match starts, which is always a fun bit. This goes about as one would expect it to, with Regal controlling the early bits, Edge making the comeback, and so on. When Edge goes for the Spear, Regal pulls the referee into the way and he gets bumped. Regal produces a second pair of brass knuckles and knocks Edge out to get the pin and win the title. These two never meshed well despite multiple matches against each other, and this was fairly typical TV-level stuff.
Rating: **¼

~MATCH #3~
Women’s Champion Trish Stratus defeats Jazz to retain the title at 3:43. Jacqueline is the special referee. Stratus has been the Champion since 11.18.01, and this is her seventh defense. Jazz takes it right to the Champion, who is coming into this match with an injured left hand. The challenger dominates, and takes issue with the referee at several points. Stratus gets a boot up when Jazz charges on her in the corner, and she comes out with a bulldog to get the pin. They did what they could with less than four minutes to work with, but this felt like a Heat match.
Rating: *¾

~MATCH #4~
Ric Flair defeats Mr. McMahon in a Street Fight at 14:55. This is a very interesting dichotomy, because Flair is one of the greatest in-ring workers of all-time, and Vince, is, well, not. The fight quickly spills to the floor, where McMahon busts Flair open. Ah, a classic Flair gusher. McMahon even beats Flair up in front of the Flair family sitting at ringside. Back in the ring McMahon works the leg, and uses Flair’s own Figure-Four Leglock against him. McMahon brings a lead pipe in the ring, but Flair counters with a low blow. Flair takes McMahon out to the floor and busts him open, so it’s a real bloodbath now. Back in the ring Flair decks McMahon with the lead pipe, and then locks on the Figure-Four Leglock to get the win. This was about as entertaining as you would expect a Vince McMahon match to be. Flair wasn’t at the top of his game here, but he didn’t really need to be.
Rating: ***¼

~MATCH #5~
WWF Undisputed World Heavyweight Champion Chris Jericho defeats The Rock at 18:48 to retain the title. Jericho has been the Champion since 12.9.01, and this is his fifth defense. It may not have been the best reign, but Jericho was still the first-ever WWE Undisputed Champion. Rock doesn’t seem too impressed as he tosses Jericho around, chases him around the ring, and hits a spear and some more right hands. They trade control back and forth, keeping up the high-energy pace both are known for. Jericho soon slows it down and tries to wear Rock down, Lance Storm and Christian try to save the champion, and Rock takes them both out with no problem. Jericho then hits the Rock Bottom but Rock kicks out at two. Jericho then tries his own People’s Elbow, but Rock pops up and tosses him to the floor. Jericho regains the advantage and sets Rock up for a Rock Bottom on the Spanish Announce Table, but Rock blocks it and hits one of his own through the English announce table. After they both recover Rock brings Jericho into the ring and goes for a cover, but Jericho kicks out at two. Rock tries another Rock Bottom but Jericho fights out of it and puts on the Walls of Jericho. Rock reaches the ropes and then gets an inside cradle for two. The referee takes a bump, so Jericho uses the belt and gets a near fall when referee Nick Patrick runs down. Jericho complains to him, so Rock gets up and hits a DDT. Nick Patrick won’t count for him for some reason, and I don’t recall if this was part of any sort of angle or whatever. He takes a Rock Bottom either way. Jericho then gets a spinebuster and then the People’s Elbow. Of course, there’s no referee so Rock doesn’t get credit for the pin. Rock tries to revive the referee, and Jericho recovers enough to deliver a low blow, ram Rock’s head into the exposed turnbuckle, and use the ropes for leverage on a rollup to pin Rock. That was another fantastic match slightly marred by unnecessary interference. Rock had this ability, even though he kicked out of several of Jericho’s finishers, to make his opponent look good no matter what. I love that Jericho executed three cheat codes to get the pin.
Rating: ****¼

This year’s #1 is Rikishi, and #2 is the returning Goldust. Boss Man is #3, and Bradshaw is out at #4. Rikishi eliminates Boss Man to start the elimination. Storm is #5 and Snow is #6, and I think it would’ve been funnier if they had reversed spots. Billy is #7. Snow eliminates Storm, and Billy dumps Bradshaw to the floor. Undertaker is #8 and he unloads on everybody, eliminating Goldust with a Chokeslam. Snow is next to go, followed by Rikishi and Billy, and now the ring is clear. Matt Hardy is #9, and Lita helps him out by delivering a low blow. Jeff Hardy follows his brother at #10, and along with Lita they beat Undertaker down. Even with the disadvantage, Undertaker eliminates both Hardys in succession. Maven is #11, and this is a rough spot for him. The eliminated Hardy brothers come back in to beat on Undertaker some more and distract him, allowing Maven to eliminate the Dead Man with a dropkick! Undertaker hurls Maven to the floor and destroys him with a steel chair. Scotty 2 Hotty is #12, and he’s obliviously dancing down the aisle so Undertaker punches him out. European Champion Christian is lucky #13, as Undertaker has taken Maven up into the concourse to continue the beating. DDP is #14 and he quickly takes out Scotty. Chuck is #15 and now half the participants have been revealed.

The Godfather makes his triumphant return with lots of ladies at #16. Chuck and Christian eliminate DDP. Albert is #17, and he gets eliminated in short order by Christian and Chuck. Godfather tries a double Ho Train but it doesn’t connect and the Christian/Chuck duo eliminate him as well. Perry Saturn is #18, looking like he just got some fresh ink. The crowd erupts when the glass breaks and Stone Cold Steve Austin is out at #19. He’s won the Rumble three times before, including last year, so he’s a heavy favorite here. Austin eliminates Christian, Chuck, and Saturn with relative ease. The returning Val Venis is #20. Test is #21 and he works with Venis to try and defang the Rattlesnake. Austin fights them off and eliminates them both, and has a brief respite. Triple H is #22, and he takes his time getting to the ring. He and Austin slug it out and knock each other down with simultaneous clotheslines. The Hurricane is #23, and he signals for a dual Chokeslam! Austin and HHH aren’t having it and they dump him out straight away so they can go back to fighting each other. Faarooq is #24, and HHH quickly eliminates him. The returning Mr. Perfect is #25, and Kurt Angle is #26. The frequent winning number #27 is Big Show, which bodes well for him. Next up at #28 is Kane, so some heavy hitters are out there now. Kane dumps Show over the top, and Angle gets rid of Kane. RVD is #29, and Booker T rounds out the field at #30.

Booker dumps RVD out in short order. He then foolishly does a Spinaroonie and Austin makes him pay with a Stunner that sends him to the floor. The final four are Austin, HHH, Angle, and Perfect. Angle eliminates Austin and the crowd is stunned. Sore loser Austin brings a chair in the ring and bashes everyone in the head with it just to be a dick. Perfect unleashes a Perfect-Plex on Angle, but is eliminated by HHH seconds later. Down to two now. After a brief back and forth, HHH simply clotheslines Angle to the floor to win his first Royal Rumble. That was a step down from the previous two years, with a couple of dead spots and an anti-climactic finish. There’s some fun stuff in it and enough star power to keep it mostly interesting though.
Rating: ***½

JZ Says
The Rumble match is pretty enjoyable and the WWF Title match is great, so that makes this show an easy pass. The undercard is mostly unremarkable except for the Vince/Flair bloodbath, but three matches on a six card show worth watching is a very good percentage.