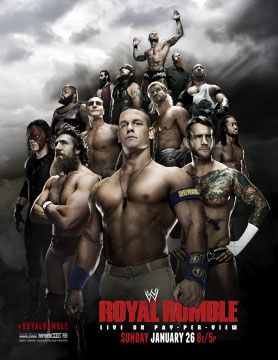 ~MATCH #1~
Bray Wyatt (w/ Erick Rowan & Luke Harper) defeats Daniel Bryan at 21:35. Bryan and Wyatt go back and forth in the early going, and it doesn’t take long for Harper and Rowan to interfere. The referee quickly ejects the extra Wyatt Family members, making this an even matchup. Bryan takes the first advantage and connects with some stiff shots, but Wyatt absorbs those attacks and fight back. The pace slows way down when Wyatt is in control, which is to his advantage. Pittsburgh is hot for Bryan and they cheer all his comeback attempts and go wild when he puts some offense together. Late in the match Wyatt avoids the Knee-Plus and goes to the floor. Bryan tries a suicide dive, but Wyatt catches him with Sister Abigail’s Kiss right into the barricade! Very cool spot. Back in the ring Wyatt hits one more Sister Abigail’s Kiss to get the pin. The crowd seems deflated by the result, because they were red-hot for Bryan the entire match. This is easily Wyatt’s best non-gimmick match, as he worked a smart match with a great pace to compliment his opponent. Plus, he got a clean win, which is rare for a heel in the WWE.
Rating: ****

~MATCH #2~
Brock Lesnar (w/ Paul Heyman) defeats Big Show at 2:02. The Beast Incarnate attacks right away and takes Show down to the mat. The bell hasn’t even rung yet, so Heyman gives Lesnar a chair, which he uses to destroy Show. The referee can’t keep Lesnar from attacking Show, so the bell continues not to ring as Lesnar uses the chair. When the bell finally rings Show uncorks a WMD, and Lesnar is off his feet! Show gets some offense in, even outside the ring, but he’s a bit worse for wear himself. He sets up for another WMD but Lesnar ducks it and picks Show up for the F-5! That’s quite enough to get the pin. That was short and to the point, just like it needed to be. Lesnar took a few hits but was overall dominant.
Rating: *½

~MATCH #3~
WWE World Heavyweight Champion Randy Orton defeats John Cena at 20:54 to retain the title. Orton has been the Champion since 10.27.13, and this is his third defense. The crowd immediately chants for Daniel Bryan before the bell can even ring. The announcers mention that the crowd is chanting for him, so JBL buries him hard by noting that he lost in the opening match. Even though Orton and Cena wrestling, the crowd continues loudly chanting for Daniel Bryan. Peppered with either “Boring” or “Let’s Go Cena / Cena Sucks.” Despite the crowd, Orton and Cena are having a very good match together. Late in the match Cena goes for the AA and the referee gets bumped. Cena puts Orton in the STF, and the Champ immediately taps out, but the ref doesn’t see it. Orton then cracks Cena in the face with the WWE Title belt and wakes referee Charles Robinson up to count two. They trade finishers for a series of near-falls, and even steal from each other. Then for some reason the lights go out and Cena gets distracted by all three members of the Wyatt Family suddenly at ringside! That allows Orton to hit an RKO and score the pin. This was such a bizarre match. On Its own it was pretty good, but the finish sucked out loud. The crowd reactions were great fun, and arguably made the match memorable.
Rating: ***

Punk and Rollins start, and Sandow makes his way out next. Rhodes is fourth and he goes right after his former tag team partner. Punk eliminates Sandow, and then quickly eliminates Kane after just 70 seconds in the ring! Rusev is making his debut on the main roster here, but he had been in NXT for a bit. It takes Punk, Rhodes, Kingston, and Rollins to get him over the top rope. Kingston gets dumped out by Punk and Rusev catches him. Rusev helpful sets Kingston on the barricade to deliver some knee strikes. Note that Kingston’s feet never hit the floor. Kingston leaps all the way from the barricade back to the apron, so he’s back in the match! It was a bit contrived, but I still love his Rumble spots. R-Truth proves that #13 is unlucky when he’s dumped out by Ambrose in about 30 seconds. Ambrose follows that by sending Jimmy Uso to the floor. The ovation for the surprise return of Kevin Nash is strong. Nash immediately eliminates Swagger. When Roman Reigns comes out, we’re halfway through the entries, and all three members of the Shield are in at the same time. Reigns quickly dumps Kingston and Ziggler (the crowd does not like that), and the sends Nash out. When Khali comes out the Shield works together to eliminate him in short order. In a surprise move, Goldust eliminates his brother Cody, and then Reigns dumps Goldust out. The other big surprise comeback this year is 2012 winner Sheamus, at #17. He had been out with an injury since July. The “Daniel Bryan” chants start about two-thirds of the way through, right as El Torito comes out #20. Torito eliminates Fandango, who apparently is a real good sport. Reigns then dumps Torito out. Cesaro comes in and dishes out a handful of Cesaro Swings. JBL gets up from the commentary table to enter at #24 to a huge ovation. It’s the first time the “JBL” character has ever been in the Rumble. JBL makes Cole get up and come get his jacket, and Reigns tosses the legend to the floor. That was cute, and the crowd chants “You Still Got It!” Harper dumps Miz and Jey to the floor. When Ryback comes out the crowd chants “Goldberg.” Batista enters at #28, the same number he had when he won the Rumble in 2005. The crowd initially pops but then starts booing when he gets in the ring and cleans house. Batista eliminates Rowan, Ryback, and Del Rio in short order. Langston is #29, and the crowd starts chanting for Daniel Bryan, just convinced that he will be the last man in the match. Unfortunately, the last man in the match is Rey Mysterio, and the crowd unleashes boos on him and starts chanting for Bryan again. We’re down to the final ten.

Sheamus eliminates Langston, and Rollins knocks Mysterio out. Reigns sends Harper out, and Ambrose tries to eliminate Reigns! That doesn’t sit well with Rollins, and they all almost get eliminated while they argue. Rollins and Ambrose fight with Cesaro, and Reigns comes up and eliminates all three of them! That gives Reigns 11 eliminations, tied for Kane’s record. The final four is Punk, Ambrose, Sheamus, and Reigns. Kane makes his way back out and eliminates Punk, which is funny because the rules on eliminated people coming back and making legal eliminations comes and goes. Kane destroys Punk on the floor and Chokeslams him through the announce table, never to be seen in WWE again. The crowd is so concerned for Punk that they chant for Daniel Bryan. We’re down to Reigns, Batista, and Sheamus. The crowd is not happy. Reigns breaks the record by sending Sheamus to the floor with his twelfth elimination. The crowd is behind Reigns by default at this point. Unfortunately for them, Batista dumps Reigns to the floor to win his second Rumble and punch is ticket to WrestleMania XXX. This really wasn’t a bad Rumble, with some fun stuff in Punk nearly going the distance, the Shield working together and Reigns’ utter dominance, Kingston’s spot, and the Cesaro Swings. Sadly, the match falls off the rails after Bryan is not the last entrant, and the action takes a backseat the crowd’s displeasure.
Rating: ***

JZ Says
This is an interesting show, with a hot opener, a fun squash, a decent title match, and a historical curiosity of a Rumble match. Really after the opener nothing on the show is that great, but it’s oddly enjoyable to watch a crowd collectively reject the booking and rebel against the action in the ring.