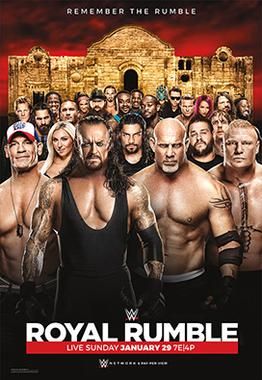 Michael Cole, Byron Saxton, and Corey Graves are on commentary for RAW, while Mauro Ranallo, JBL, Tom Phillips, and David Otunga handle the duties for SmackDown.

~MATCH #1~
Raw Women’s Champion Charlotte Flair defeats Bayley at 13:05 to retain the title. Charlotte has been the Champion since 12.18.16, and this is her first defense. Bayley starts off as the aggressor, eager to fulfill her lifelong dream and prove to Charlotte and everyone that she belongs in the upper echelon. Charlotte fights back and slows the pace down, reminiscent of her father. Bayley continues to fight, even landing some high-impact moves like Hail to the King, but Charlotte kicks out. Charlotte tries the Figure-Eight, but Bayley survives it, and then Bayley gets her knees up on a moonsault for another two-count. They fight over to the apron and Charlotte lands Natural Selection to get the pin. Good not great match, and a finish that seems to build to Bayley finally winning the title and giving Charlotte her first defeat on pay-per-view. Instead they did it on some random episode of RAW. Go figure.
Rating: ***

~MATCH #2~
Universal Champion Kevin Owens defeats Roman Reigns in a No Disqualification Match to retain the title at 22:55. Owens has been the Champion since 8.29.16, and this is his fifth defense. Chris Jericho is here, but he will be locked in the shark cage and lifted high above the ring. Before the bell, Owens and Jericho attack Reigns and beat him down, giving Owens the early advantage. Reigns fights back and they take the fight all over ringside. Owens expertly uses chairs, and even buts Reigns through a table on the floor with a sick Frog Splash from the top rope. Amazingly, that only gets a two-count. Jericho helps by dropping some brass knuckles to his best friend. Owens manages to land a Superman Punch with the knucks, but Reigns kicks out! They continue trading finishers and kickouts, until Braun Strowman makes his presence felt with a massive powerslam. That allows Owens to crawl over and make the cover to get the pin. This was a fun, crazy brawl all over ringside and with plenty of tables and chairs to keep the interest going. The finish makes Braun look like a beast, but it otherwise does nothing for Reigns or anyone else.
Rating: ***¾

~MATCH #3~
Neville defeats WWE Cruiserweight Champion Rich Swann at 14:00 to win the title. Swann has been the Champion since 11.29.16, and this is his third defense. Both men are aggressive in the early going, and things quickly spill to the floor. Swann controls out there, but Neville cuts him off back in the ring and takes the advantage. Neville wears Swann down, focusing on his back. After several minutes, Swann makes a comeback and starts flying around inside and outside the ring. Neville stays in it and eventually flattens Swann with a superplex, and then puts him away and wins the title with the Rings of Saturn. Good match with some high-flying action, but never felt like they were about to cut loose.
Rating: ***

~MATCH #4~
John Cena defeats WWE Champion AJ Styles to win the title at 24:10. Styles has been the Champion since 9.11.16, and this is his seventh defense. These two are generally amazing together so I have high hopes here. Styles has defeated Cena twice, once with help at Money in the Bank 2017 and once cleanly at SummerSlam 2017. Both men are aggressive in the early going, trading maneuvers and counters back and forth in the early going, cutting a fast pace while the crowd cheers for the heel and boos the babyface. Cena hits the first finisher, countering the Phenomenal Forearm with the Attitude Adjustment, but we’re less than 10 minutes in so Styles kicks out. The back and forth continues, as they keep the crowd engaged and hot through all the counters and reversals. Everything is hitting spot on. Cena busts out a Figure-Four Leglock, which I’m not sure if I’ve ever seen him use before. Styles of course escapes and the fight will continue. Styles hits a Styles Clash and Cena kicks out of it. He tries the springboard 450 but Cena gets his knees up. Cena hits a Code Red for two. Styles fires back with a Death Valley Neckbreaker for a near-fall. Cena hits a powerslam into a cutter for two. He brings Styles up to the top rope and hits the Avalanche Attitude Adjustment, but Styles kicks out! Cena goes for another AA but Styles counters with the Styles Clash! Styles goes for the Phenomenal Forearm, but Cena catches him and hits an AA, then rolls through into another one to finally get the pin and win his record-tying sixteenth World Championship. What an amazing match, with two perfect opponents and a great story of Cena finally figuring out a way to beat his nemesis and tie the World Title record in the process. The counters and reversals were on point, and the crowd was hot. First pay-per-view of the year and this might be the Match of the Year.
Rating: ****¾

Big Cass draws #1, which is smart, because it gives Enzo a chance to do their intro. Jericho is #2, entering his tenth Rumble match. Not much happens and Kalisto is #3. That’s a damn long entrance tonight. Mojo is #4. Jericho passes four hours lifetime in the Rumble, which is neat. Next up at #5, from 205 Live is Gallagher. He has his umbrella William III with him, and Graves makes sure to note that William isn’t an official entrant. Henry is #6, entering his ninth Rumble. He makes an impact and scores the first elimination, when Gallagher tries leaping off the rope with his umbrella but gets caught and tossed to the floor. Strowman is #7. Lawler makes a Paul Bunyan reference on commentary, and as a native Minnesotan I enjoy that. Strowman dumps Mojo out, and then dumps Cass and Kalisto too. Jericho hides on the floor while Strowman and Henry square off. Strowman dumps Henry out. Zayn is #8 and he shows no fear. Zayn survives, and Show is the #9 entrant. Show tries to slam Strowman out, but The Monster Among Men slips out and throws Show to the floor! “The Perfect 10” Tye Dillinger is #10. Why, of course he is. Zayn and Dillinger work together but still can’t eliminate the Monster Among Men. “The Big Hog” James Ellsworth (w/ Carmella) is #11. Next up at #12 is Ambrose. Ellsworth gets fired up and Ambrose tricks him into thinking he’ll charge the ring with him. Strowman tosses Ellsworth with ease. Lucky #13 is “The Lone Wolf” Baron Corbin. Strowman tosses Dillinger. Zayn hits the Helluva Kick on Strowman, and then Corbin eliminates Strowman with a clothesline! Kofi Kingston is #14 and the crowd pops huge. We reach the halfway point with The Miz (w/ Maryse) at #15.

Former Rumble winner Sheamus is #16. He looks mad due to losing the Tag Team Titles earlier in the evening. Kofi gets some back up when #17 is Big E. Rusev (w/ Lana) is #18. Cesaro is #19, and like his partner Sheamus he’s in a foul mood. He immediately starts using the Cesaro Swing on anyone he can get his hands on. The New Day is complete with Xavier Woods at #20. The ring is full, as we haven’t had an elimination in a while. Bray Wyatt is #21. Not much happens and then #22 is Apollo Crews, making his Rumble debut. The ring clears out a bit when Sheamus and Cesaro team up to eliminate all three members of the New Day, and then Jericho eliminates Cesaro and Sheamus! Former winner Randy Orton is #23. He throws out a bunch of RKOs, most from Out of Nowhere. Dolph Ziggler is #24. Next up at #25 is Luke Harper, and he tosses Crews. Finally, the big stars start to show up as Brock Lesnar (w/ Paul Heyman) is #26. Lesnar won the match in 2003. Lesnar clears out Ambrose and Ziggler. Enzo is #27, the spot where the most winners have come from. Lesnar kills him dead and tosses him right out. Goldberg is #28 and a showdown is imminent. Once again, Goldberg hits Lesnar with an immediate Spear and eliminates him with a clothesline! Goldberg continues to clean house and then the Undertaker is #29. Undertaker and Goldberg face off for what I Believe is the first time ever, but Rusev and Corbin break it up. Goldberg tosses Rusev and Undertaker eliminates Corbin. When Goldberg eliminates Harper, Undertaker sneaks up behind and tosses Goldberg out. The field is complete with Roman Reigns at #30! The crowd is not happy to say the least.

Reigns and Undertaker square off and Undertaker flattens him with a Chokeslam. Undertaker eliminates Miz and Zayn back to back. Reigns then tosses Undertaker to the floor! What up now Dead Man? The final four are Reigns, Jericho, Wyatt, and Orton. Reigns eliminates Jericho, leaving him alone with the Wyatt Family. He survives to eliminate Wyatt, but then runs right into an RKO and Orton eliminates him to win the match! This seemed like a good Rumble on paper, with all the star power and storyline possibilities, but it fizzled badly in real life. Basically, the whole match revolved around Goldberg, Lesnar, and Undertaker, and they all spent about five minutes in the match combined. The rest was either waiting for them to do something or for something to happen to them. Orton winning was kind of a big “meh,” and there really weren’t any unique or interesting spots. It was a Rumble, and nothing more.
Rating: **¾

A2Z Analysiz
The Styles v Cena match is well worth going out of your way to see, and the Owens v Reigns match is surprisingly good. The rest of the card is mostly solid, but with a two-hour preshow and over three hours of main show, it’s just so much to sit through. It’s not a bad show, but outside of the one match it’s just, meh.