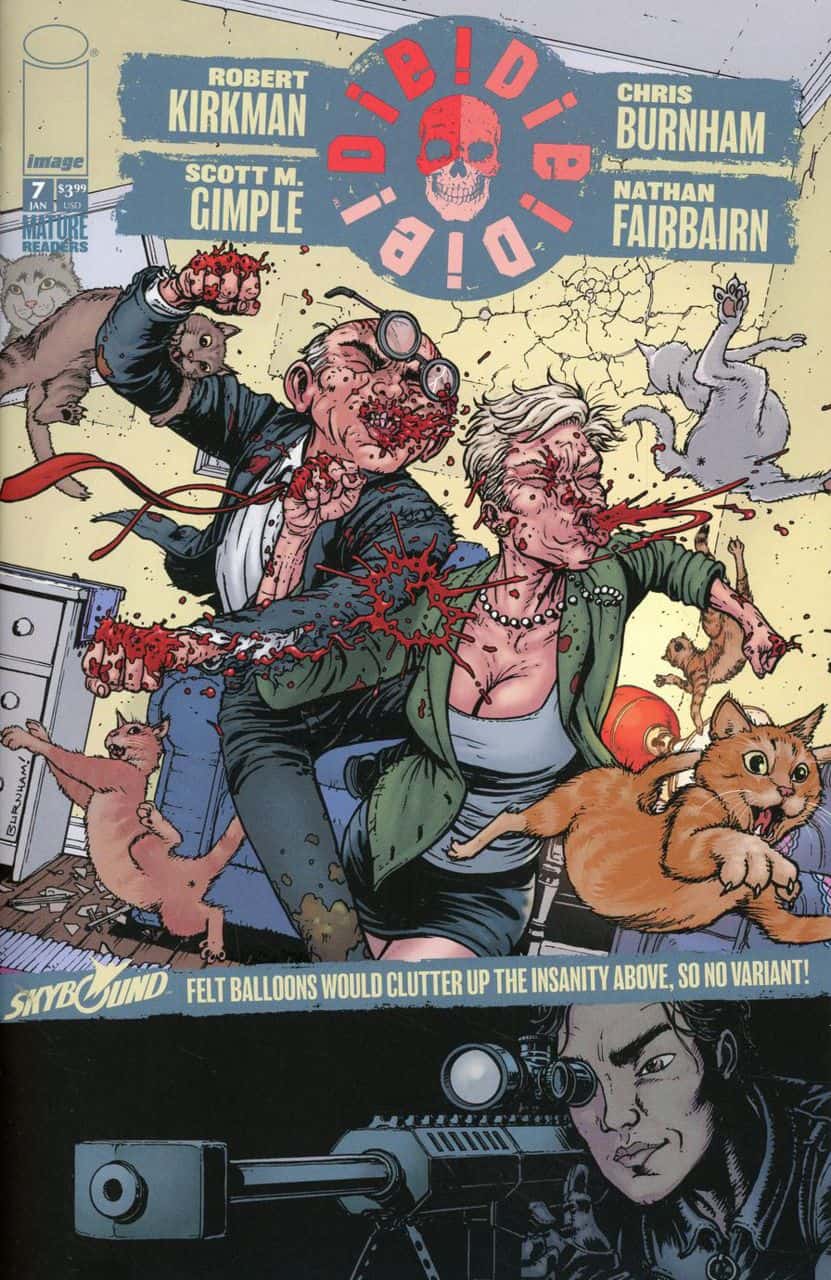 Die!Die!Die! #7 – I’m not sure I can explain just how many crazy things happen in this issue, as Connie and Barnaby confront one another in a game of one upmanship, and all of Barnaby’s plans are laid bare.  Also, there’s an alien creature from the hollow moon! Robert Kirkman and Scott Gimple take this story to insane new heights, which Chris Burnham is more than capable of artistically topping. This book just went up a notch or two in my esteem.

Aliens: Resistance #1 – I have no idea what happens in Alien: Isolation, a video game, but I did like Brian Wood’s Aliens: Defiance series of not too long ago.  He returns to his main characters from that book, Zula Hendricks and Davis, an artificial being who is now just a data chip, as they join with Amanda Ripley, the star of Isolation, to figure out how to stop Weyland-Yutani from weaponizing the Aliens.  Like many a Brian Wood comic, things aren’t always all that clear as he sets up the story, but it stays interesting enough to make me want to stick around. There’s a lot of potential in the Aliens universe, and I like that Wood is taking on powerful corporations in his story. 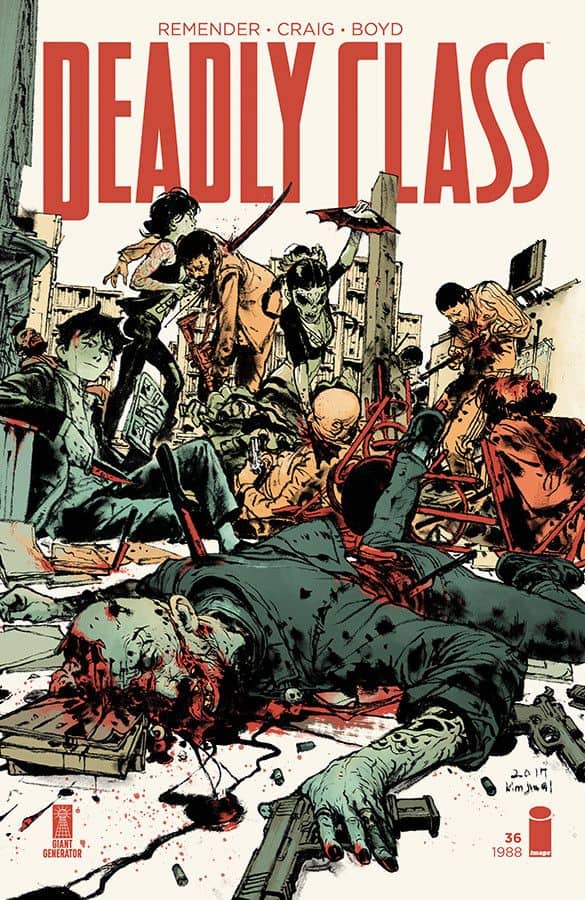 Deadly Class #36 – A couple weeks ago, Rick Remender’s Low returned with Stel, the main character, undergoing a nightmarish trip through her memories and mindscape.  The return of Deadly Class starts off the same way, with Marcus undergoing a peyote trip that takes up most of the issue. I love Deadly Class, and most of these characters, but I do find reading about fictional characters’ trips kind of boring.  Still, it seems like Marcus needed the chance to make the decisions he makes here, so that the next arc can get underway. This is a great series, and while I’m going to wait to check out the TV series, it was cruel that the store I shop at had their delivery delayed to this week.

Gideon Falls #10 – A lot happens in this issue, as we learn about the first Norton Sinclair, we see the Black Barn in its first incarnation, and see both our Norton and the Father make moves towards solving all the mysteries (or at least converging on them).  There’s more to ask about, such as the role the Bishop is playing in all of this, but it feels like this book is really moving forward in a hurry now. Andrea Sorrentino gets to have some mind-bending fun towards the end of the issue, and pulls off some very difficult pages beautifully. 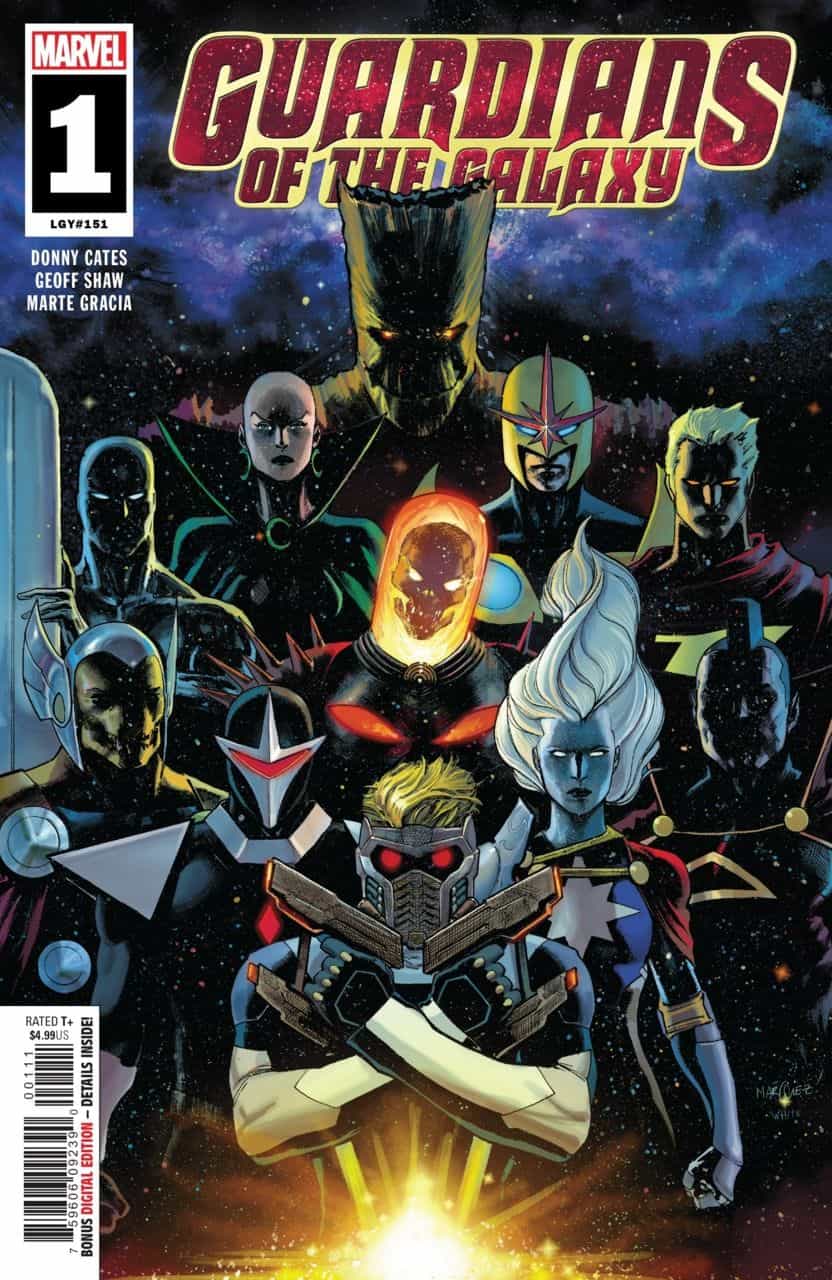 Guardians of the Galaxy #1 – I’m not sure how Infinity Wars ended yet, but I was curious about this latest GotG relaunch, by the super-hot team of Donny Cates and Geoff Shaw.  Starfox gathers a number of cosmic characters together to hear Thanos’s last will, which isn’t exactly what they end up hearing. An attack by the Black Order leads to chaos, and it looks like a new version of the Guardians, featuring such favourite characters as Beta Ray Bill, Moondragon (sadly not the original 616 version of this character), and some others coalesces around this new threat.  Cates is going for some widescreen action here, with the result that the issue doesn’t feel as lengthy as its larger page count should feel, but I’m still intrigued. I’m going to give this an arc at least. I miss the Guardians as Dan Abnett and Andy Lanning wrote them in the post-Annihilation era, and while this won’t be that, it is the first time since the Guardians film was made that I’ve seen potential for something exciting in the title.

Livewire #2 – Livewire’s been captured by some mercenaries who intend to depower her.  The thing is, Amanda has long been proven to be the most capable character in the Valiant Universe, and so it doesn’t take her too long to establish herself as being in charge of her own series.  I like the structure of this issue much more than the first, but think that Vita Ayala needs to give this book a little more shaping so that it appears viable in the long term. As is always the case, Raúl Allén’s art is terrific. 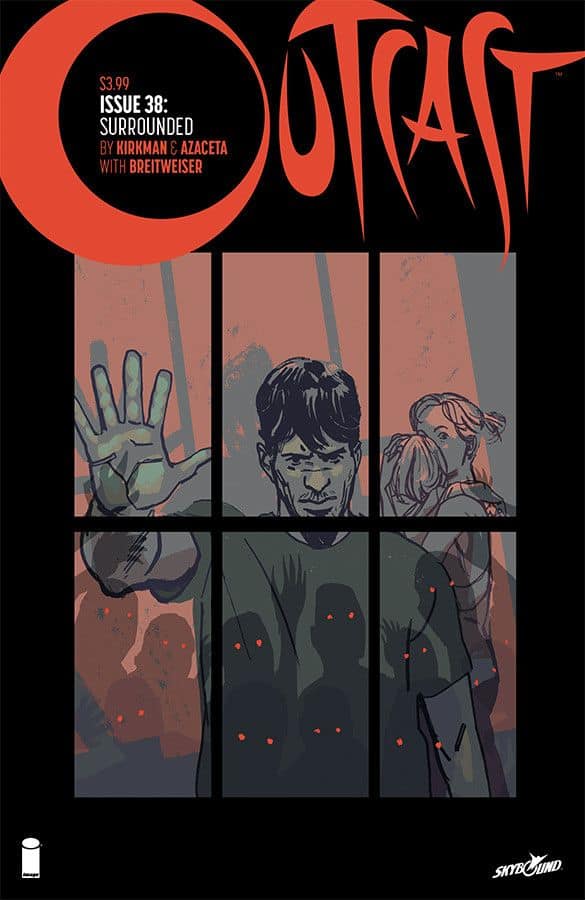 Outcast by Kirkman & Azaceta #38 – With ten issues remaining, Robert Kirkman takes this issue to check in with the various cast members of the book, and establish that the threat that Kyle and his friends are facing is more serious than they thought, especially when a woman named Angelica shows up to take over from Rowland, and he seems frightened of her.  This series cooked on a simmer for a long time, but I can tell that the rest of the run is going to be more of a rolling boil…

Star Wars #60 – Luke faces off against the guy from Scar Squadron, and learns that the Thane and the other Markona are more on their side than they’d suspected.  This “vacation” arc has been great, and has worked as a way for Kieron Gillen to show that he really understands the Star Wars characters.

Uncanny X-Men Annual #1 – I guess it’s not a spoiler to mention that Cyclops is back, seeing as he’s on the cover to the book and the upcoming issues of Uncanny X-Men.  What this comic does, though, is explain how he came back, and just why Kid Cable kept him out of the recent fight with Nate Grey. It’s a good issue, as comics written by Ed Brisson often are, and it helps to make sense of recent events.  So far as resurrections go, it’s an acceptable one, and I like how the seeds of it are planted back in Scott’s past. I would not be mad if Ed Brisson took over Uncanny X-Men as well as X-Force.

X-O Manowar #23 – I’m increasingly less and less interested in this title.  I thought that things would get better after the Divinity-influenced last arc, but even as the bounty hunters from earlier in this series return, as does artist Tomás Giorello, I find it hard to care much about what’s going on.  I think the problem is that Matt Kindt isn’t doing much with Aric himself – he’s only reacting to events around him, but with no real character development (his biggest moment in this issue is asking, after years of wearing the armor, what happens when he has to go to the bathroom.  I think it might be time to take this off my pullfile list.

Weapon X #19-27 – Greg Pak and Fred Van Lente are a terrific writing team, and they do some pretty good things with this tertiary X-book.  At the beginning of this small stack, Sabretooth’s been left in charge of Weapon X by Old Man Logan, who is not doing well. This leads to some strange decisions, as Creed brings Omega Red onto the team, chasing Warpath away (to Astonishing X-Men, presumably).  Creed turns the team into mercenaries, adding Mystique, and a little later, M and Deadpool, before taking on Reverend Stryker with some help from Azazel, the X-character most in need of being retconned away. I liked these issues, and found that the art was very inconsistent in terms of style, with three different people drawing over this run, but consistently good.  I absolutely love the work by Ricardo Lopez Ortiz, which is very kinetic and different for a book like this. I think the series ended with issue twenty-seven, and I’m not sure that I like where they’ve left Sabretooth, but I guess that change was inevitable. 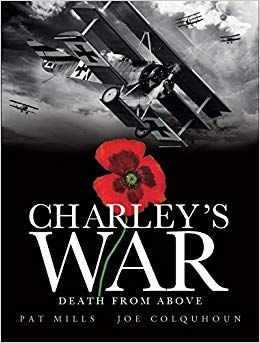 Charley’s War Vol. 9: Death From Above – It’s taken me a while to track down the last two chapters of this excellent British series about the adventures of a young soldier during the First World War.  This volume recounts a story about Charley’s cousin, who served on a battleship, and then returns Charley to the war just as trench warfare turns into a mad dash away from German troops that have overrun British positions.  As always, Pat Mills and Joe Colquhoun show a variety of perspectives on the war, and work in some interesting details along the way. This series is a masterclass is war comics.

Postal Vol. 5 – I find that my interest in this series is starting to wane, even as we get to see Isaac, the man who created the town of Eden.  Mark gets put in charge of the town for a bit, and makes some startling choices. I think my biggest problem with Postal lies in the four-issue trade format.  Just as I start to fall back into the vibe of this series, the book always finishes. It’s annoying.