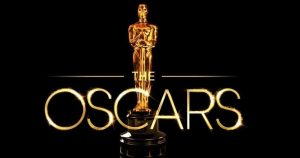 The Academy Awards have done it again. They’ve decided to have another awards show. As such, they have nominated eight films in the category of Best Picture. Because the members of the nominating committee are giant trolls, they have nominated eight films that I have not seen. Not for lack of trying, though. Unfortunately, I have been wearing this stupid blindfold for weeks now (how long is this Bird Box challenge supposed to last) and I can’t see anything, whether I am in the theater or not.

However, not seeing these movies will not stop me any more than it has stopped me in previous years. I know people rely on me to provide a quick summary of these movies before the big show. (Shout out to Joe the cashier down at Walgreens. I know he’s been looking forward to this column!) So if you are looking to catch a couple of these movies, or just want to sound cool in front of your friends who are buying the current Entertainment Weekly, here are my brief synopses of the Best Picture nominees. Enjoy your popcorn responsibly.

(Word of warning – a friend of mine mentioned that maybe the Oscars should have gone with that “Popcorn Movie” category this year, especially if they were just “going to nominate a bunch of “hot garbage.” Now, while I do not necessarily share this opinion, I thought it was a good line and figured I would steal it. No one has an original thought in Hollywood anyway, so it’s only fair. Thanks, John!)

Black Panther sounds like it would be pretty cool super hero movie. Maybe in the Marvel Cinematic Universe. Maybe the main character could be a superhero and king of a large nation. The big bad would have a subtle name … something like Killmonger. And it could star some of today’s hottest young actors like Chadwick Boseman, Michael B. Jordan, and Lupita Nyong’o. That sounds like it would be an exciting and interesting movie. But the Oscars would never nominate a superhero movie for best picture. So maybe this is a film about the Black Panther Party started by Bobby Seale and Huey Newton in 1966? That could be an interesting film as well. But the Oscars have always had an issue with race and racial politics, so it probably isn’t that. Therefore, by process of elimination based on the title alone, I have to assume this is a nature film which discusses the plight of the big cat. Relying on its many “aww” moments, the film follows one such animal through the wild until it encounters the rare shipping box. Several scenes of the cat trying to fit in the small cardboard box end the movie on a high note.

Apparently, the Academy thought they would address their problem with being seen as way too white by adding TWO movies into the Best Picture category with “Black” in the title. Maybe this is a make-up nomination since he was snubbed for his best works (especially “Do the Right Thing”). I can’t get inside the minds of the Academy voters, but I am guessing they thought if they nominated something with “Klan” in the title, they could avoid a Trump tweetstorm. Frankly, I don’t have any idea about this movie, but my guess it is pretty self-explanatory, “Snakes on a Plane” style. There is a member of the KKK who is black. Probably for humorous or law enforcement reasons. Or both. I may never know.

Um… This can’t be a movie about Freddie Mercury and the band Queen, can it? I mean, they wouldn’t make a biopic of Freddie Mercury and have it be directed by an accused sexual abuser, would they? But they wouldn’t nominate a movie that received only average reviews and was criticized for glossing over the AIDS epidemic of which Mercury was a very public face, right? Apparently this movie made a bunch of money, because people like the music of Queen. But Best Picture? Come on, Oscars… read the room.

Given the “u” in this movie’s title, I will assume it is a British film. Or at least a movie about British people. This film is a very odd little film about a series of contests between three of the most popular people in the UK to determine who is truly Britain’s favorite. The challenges include: archery, calligraphy, professional wrestling inside a steel cage, and tea drinking. The challengers are: Benedict Cumberbatch, Harry Potter, and Mr. Bean. Hijinks ensue. And the winner is, in a surprise upset, Geri Halliwell, aka – Ginger Spice.

Once more, the Academy has misunderstood a nationwide political conversation. While everyone was discussing borders and illegal aliens, the Academy decided to weigh in with this nomination. Unfortunately, they misunderstood the debate and nominated this movie, “Green Book.” “Green Book” is a propaganda film created by the Institution for Martian Excellence. It tells a tale about how Martians are great and will eventually take over the stupid Earthlings. In Martian, the word “book” actually means “domination through warfare.” And “green” refers to, well, Martians. I am really baffled as to why the Academy would choose this film, but hey, maybe we can build a Space Wall!

Now we get to the grittiest film of the year, a biopic of Roma Downey, actress, producer, author, and wife of Mark Burnett. The majority of the film is seen from the vantage point of Ms. Downey as she watches her husband burn thousands of hours of unused footage from The Apprentice where Donald Trump repeatedly uses slurs of every imaginable kind. A most memorable scene comes when Trump stumbles over to the catering table after eating a Tide Pod and yells at the donuts “You disgusting whores! I will be your president and you can cofeve the United Nations of Colorado. Screw Obama! Me! Money is my god,” and then he passes out in a puddle of piss one can only assume came from the Russian prostitutes he always had backstage. Truly an eye opener of a film. One reviewer proclaimed, “The best! Sad! Deplorable! Fake news!” That reviewer was named Tonald Drump, or so I’m told.

Now we are just rolling out films from the past, because why not? This was a 1937 movie, then a 1954 movie, then a 1976 movie, and finally Lady Gaga was in it. I do know the original movie was co-written by Dorothy Parker, so it does have that going for it. However, I do not know how much of that original script is left in this newest version. Here, Lady Gaga decides to go slumming and meets up with Bradley Cooper (who appears to have accepted the role and filmed the role during a six-month bender on cough medicine). Together they steal a spaceship in Florida and fly away singing Elton John’s Rocket Man. The spaceship collides with a missile sent from Mars (and mentioned briefly in “Green Book” for a nice bit of synergy). It ends with Barbra Streisand looking up into the night sky, seeing the explosion, and uttering the famous words, “Oh, so that is how a star is born.”

Could this year’s nominees get any worse? We have a couple movies with the word “black” in the title because the Academy wants to disguise their racism. We have a sexual abuser being rewarded as the director of a watered-down version of a rock giant’s story. We have three British people sipping tea and lording their superiority over us with their extra “u.” We have an alien indoctrination movie. We have a movie about the blatant corruption behind the election of the United States’ 45th president, shown through the cold eyes of the wife of the guy who made Survivor. And we have Lady Gaga blowing up. What could possibly be next? Oh, for fuck’s sake. It is a movie about Dick Chaney.

That’s it. I’m out. Be sure to tip your ushers. Unless they are cows. Tipping cows is just mean. Yeah, I said it. Come at me, Wisconsin.