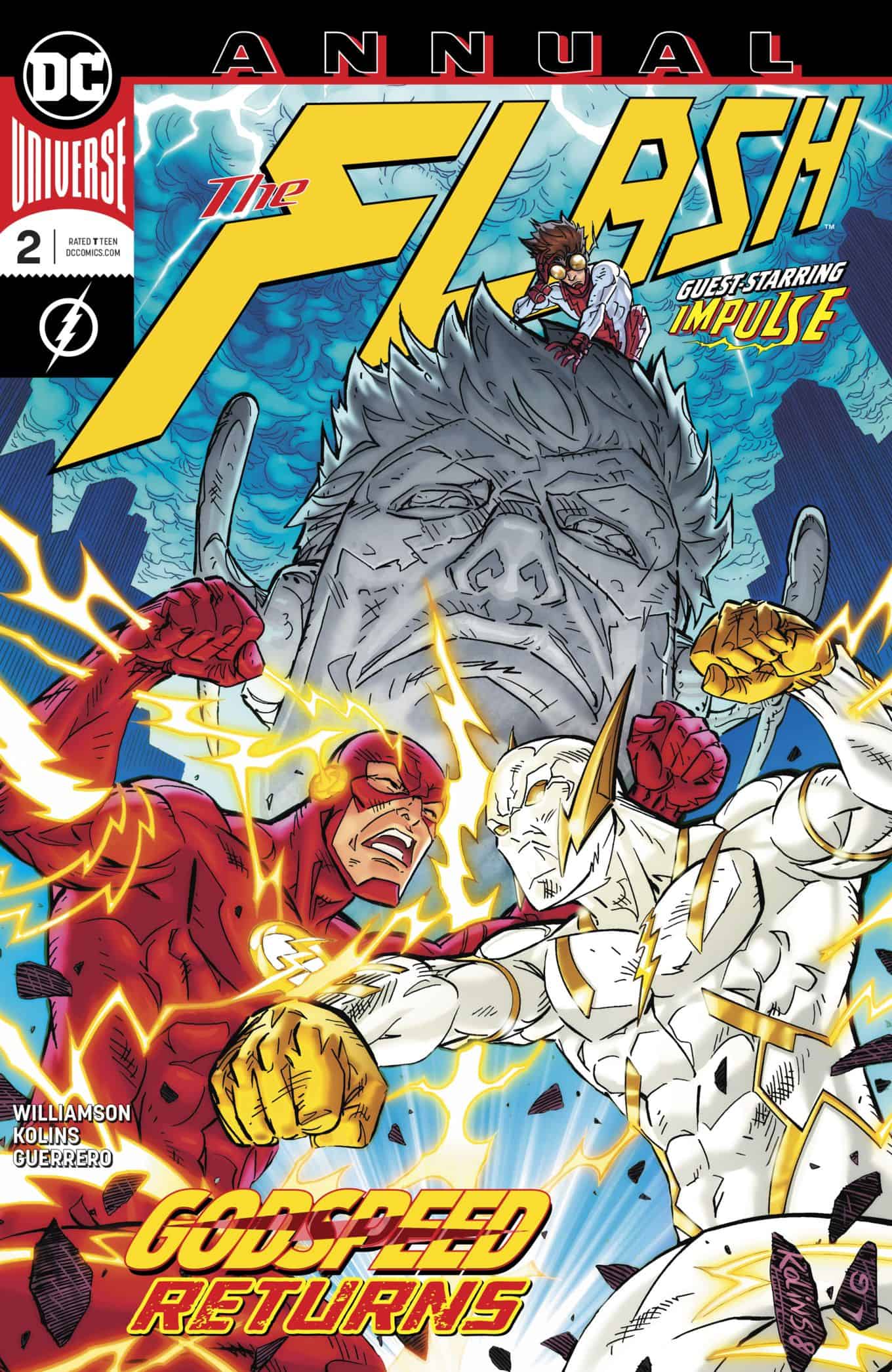 Bart Allen Impulse is back and looking for his family! 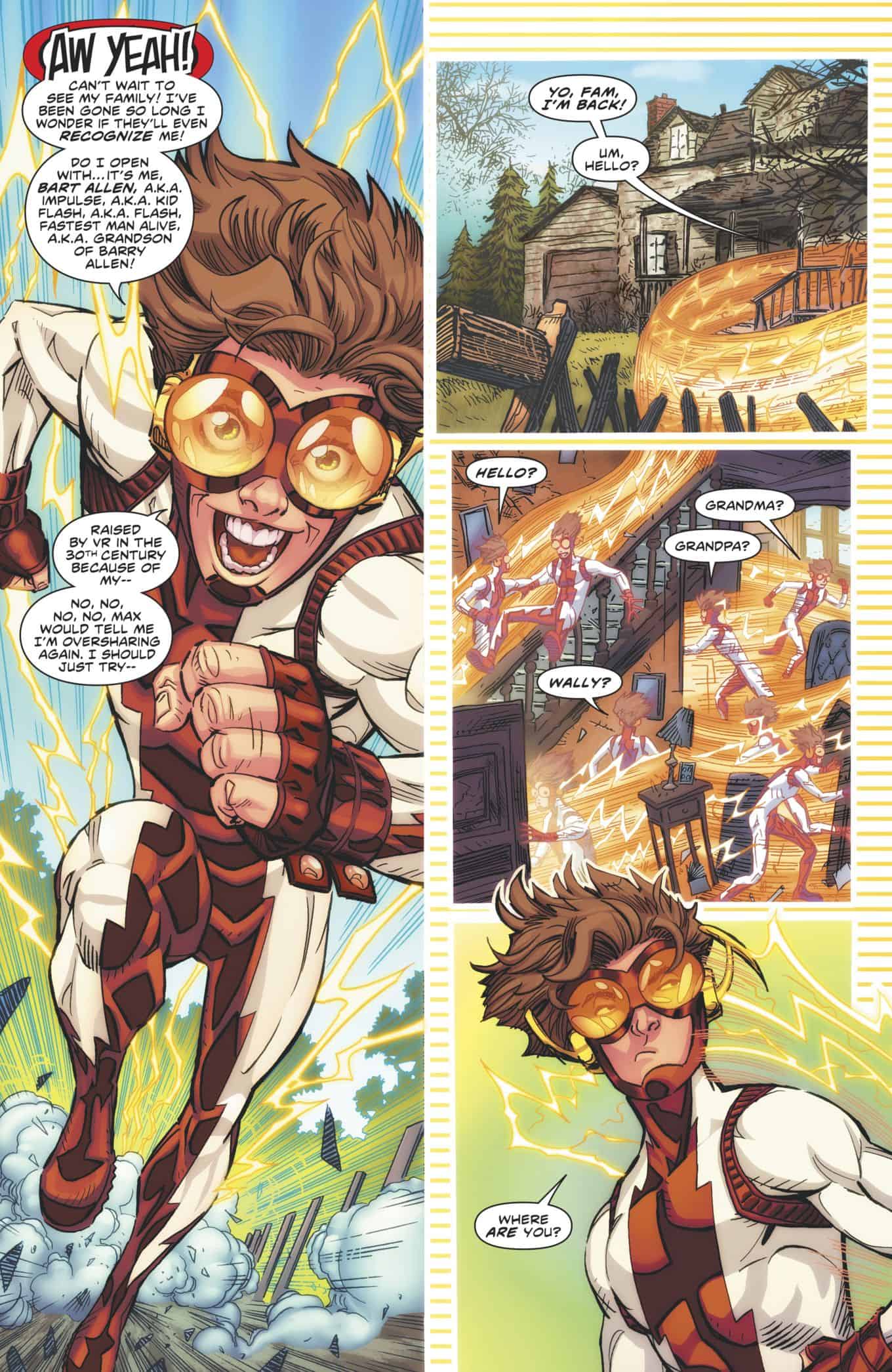 At the same time Barry Allen the Flash is dealing with the death of his one-time protégé the adult Wally West the Flash who has seemingly died in Heroes In Crisis. Although this past week’s Heroes in Crisis #5 (full spoilers here) seems to have created a return path for the adult Wally West. 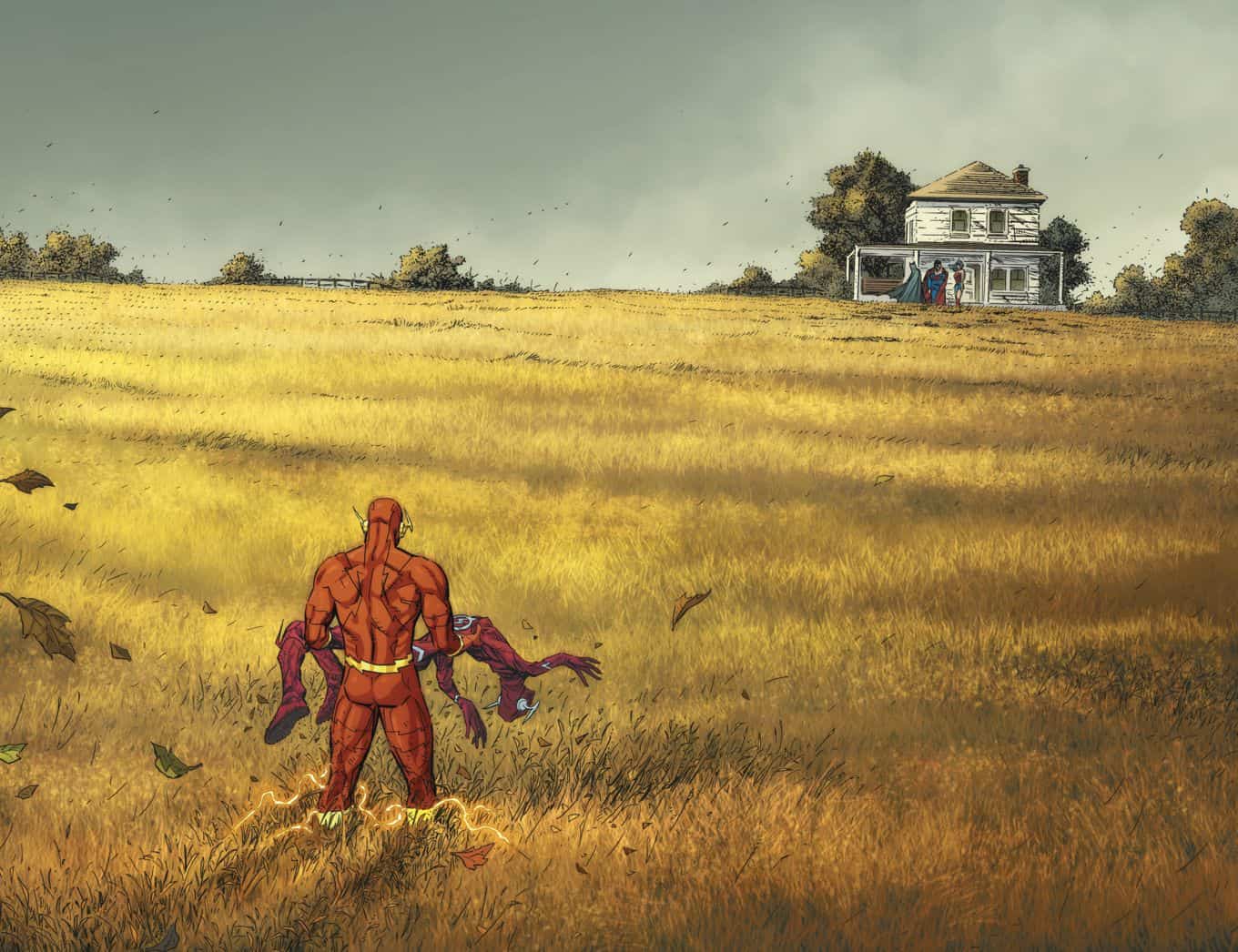 Barry Allen looks for Wally West in the Speed Force, but… 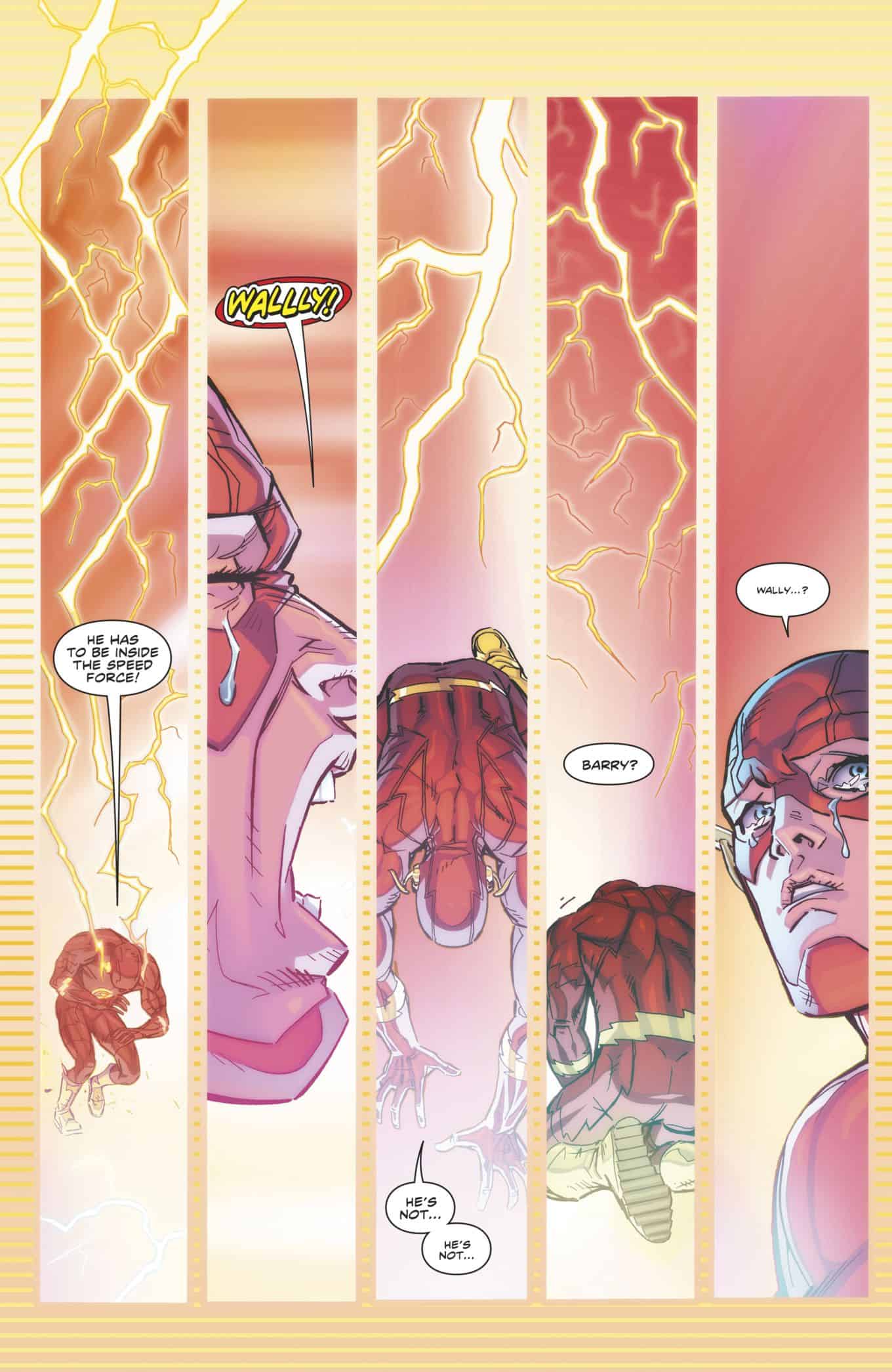 …finds a hiding Godspeed instead. A battle ensures involving the Flash Family. 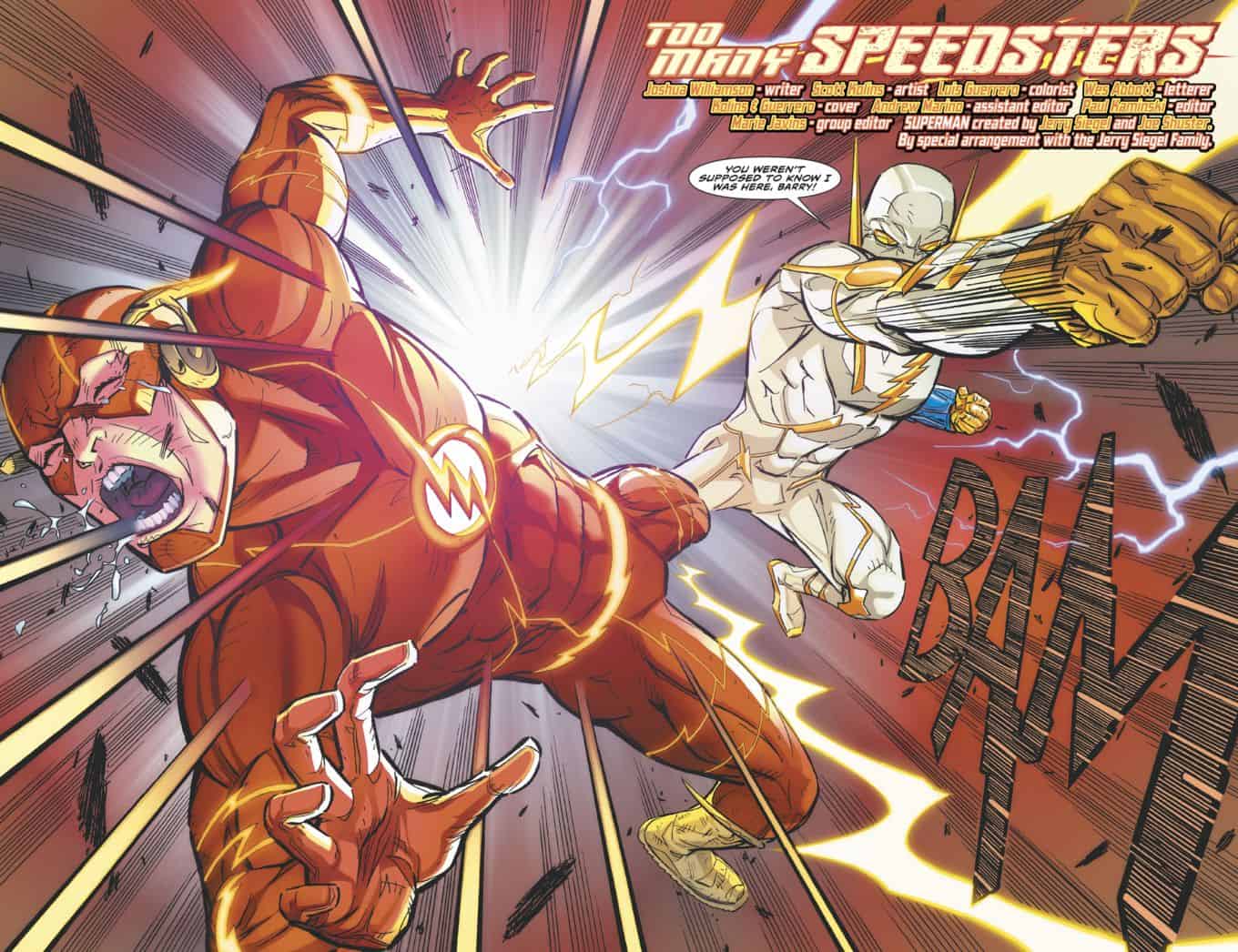 He then tells Iris West. 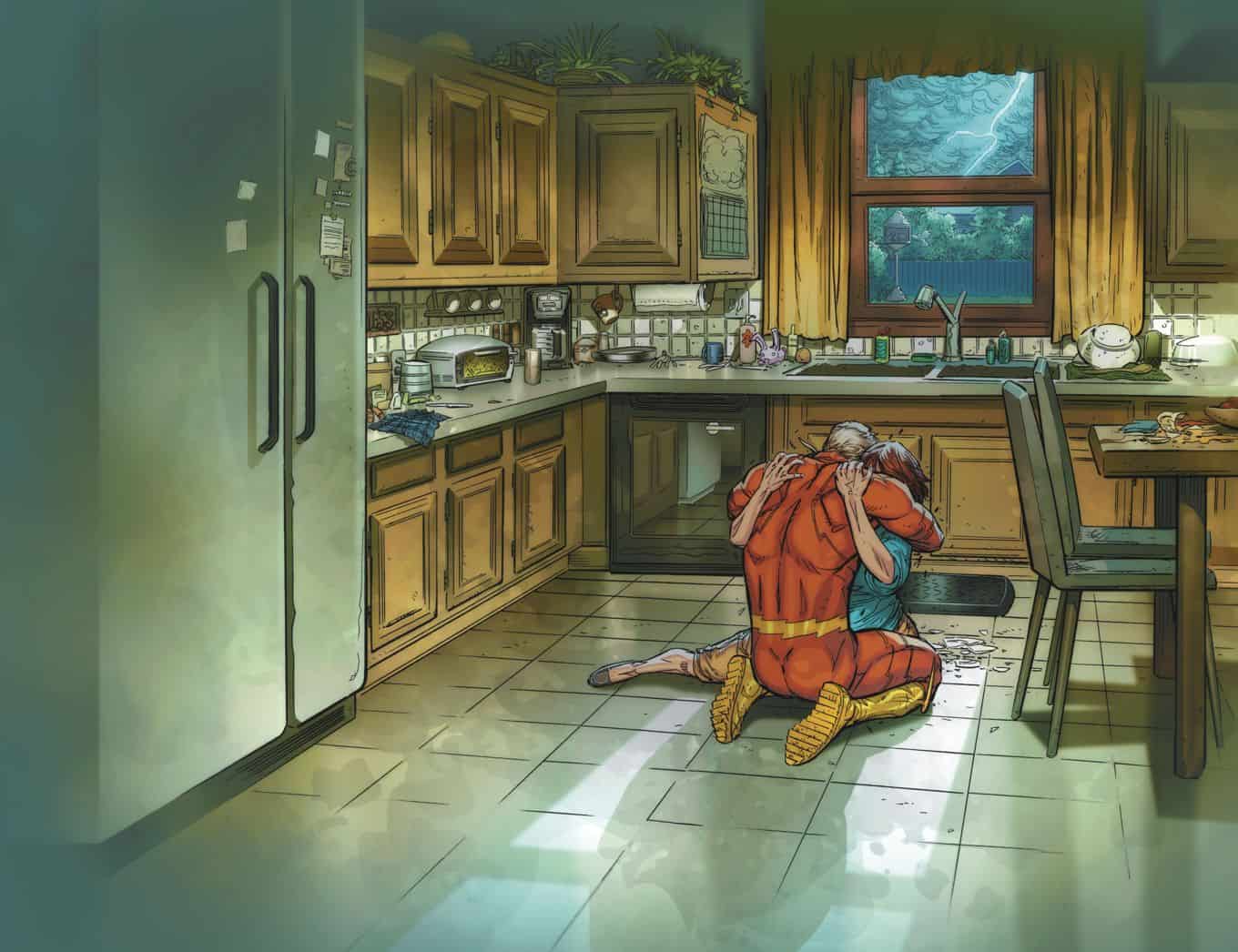 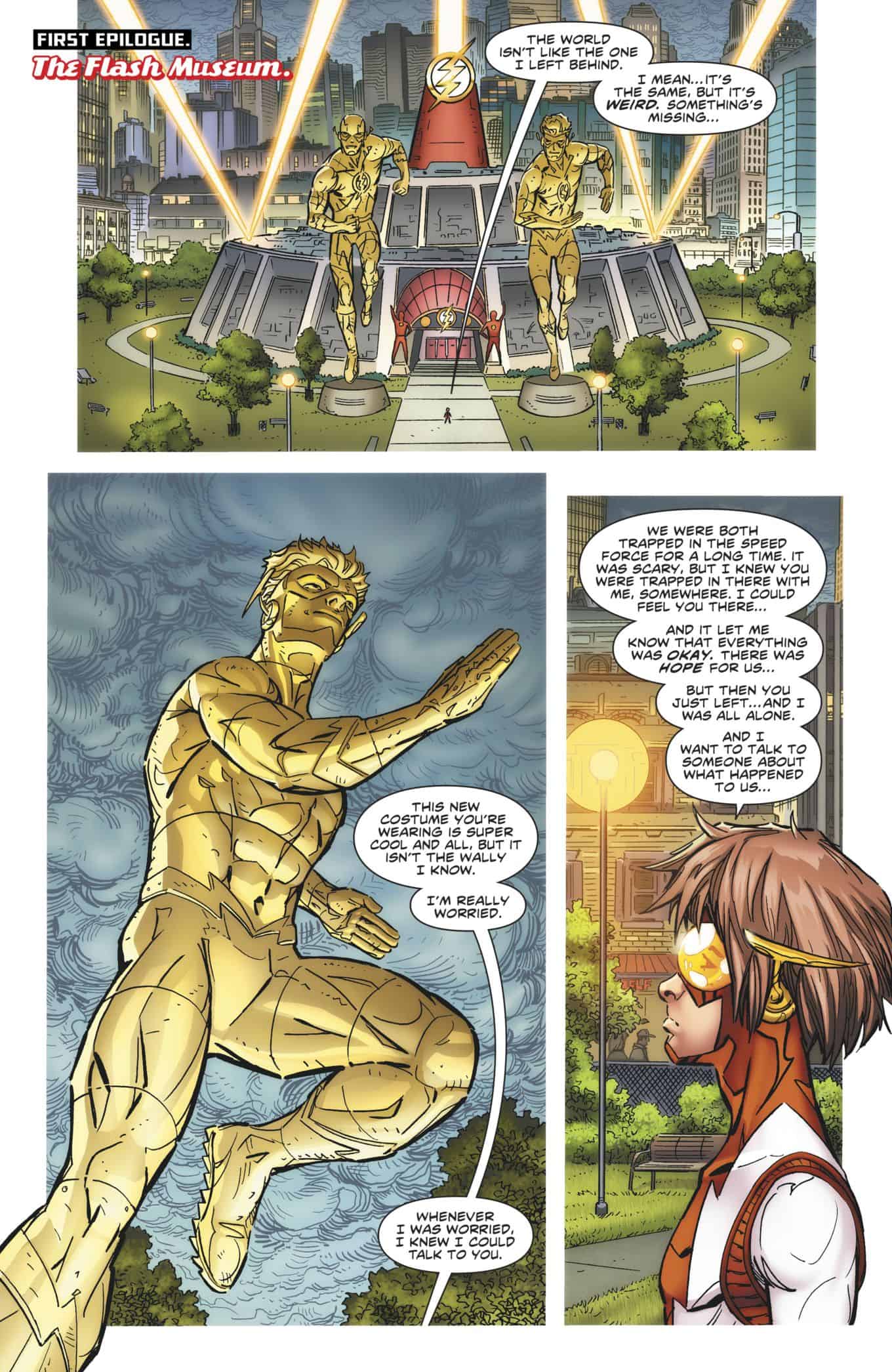 …he goes to find his friends that leads into Young Justice #1 (full spoilers here). 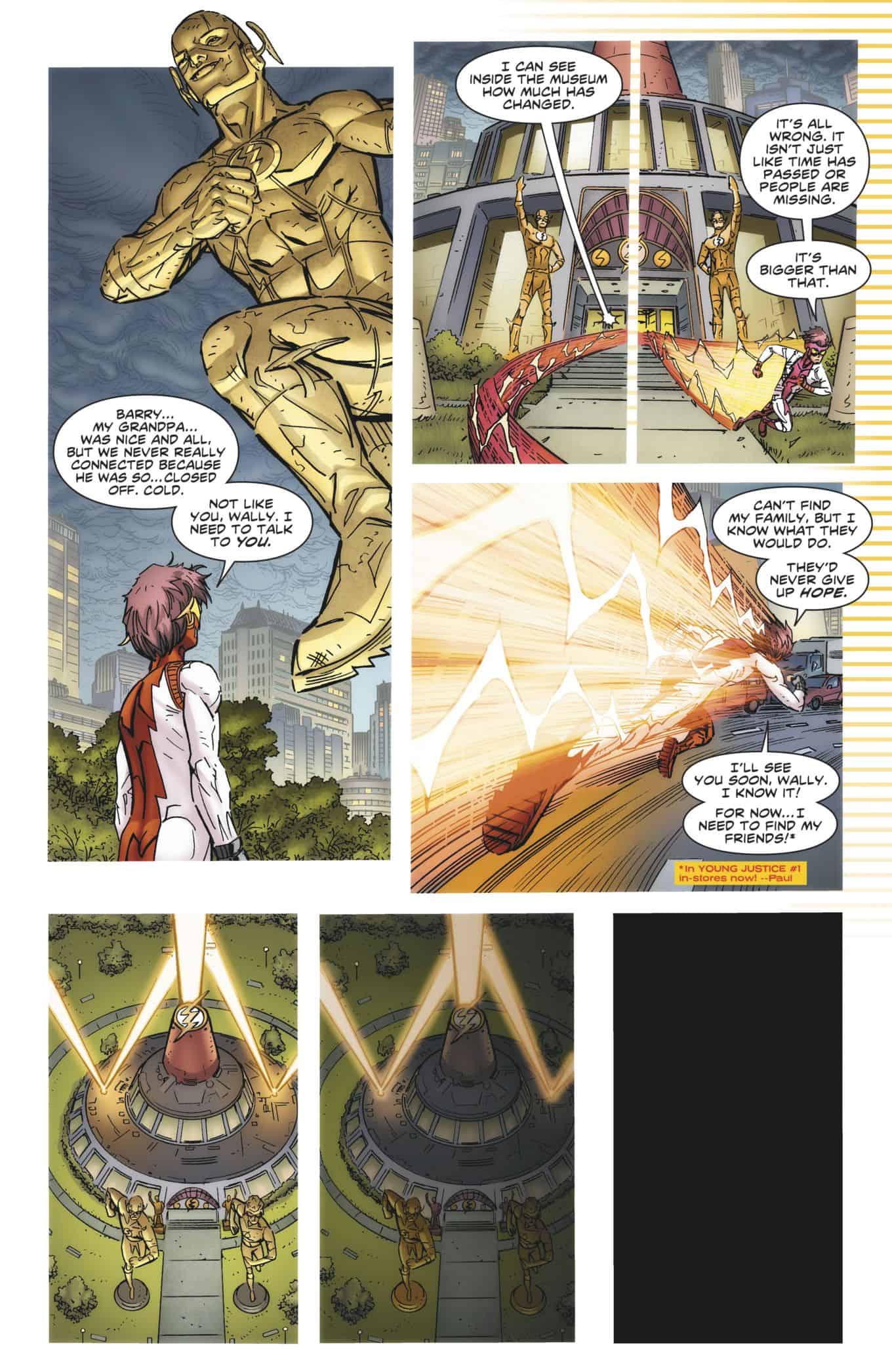 We then pivot to Godspeed… 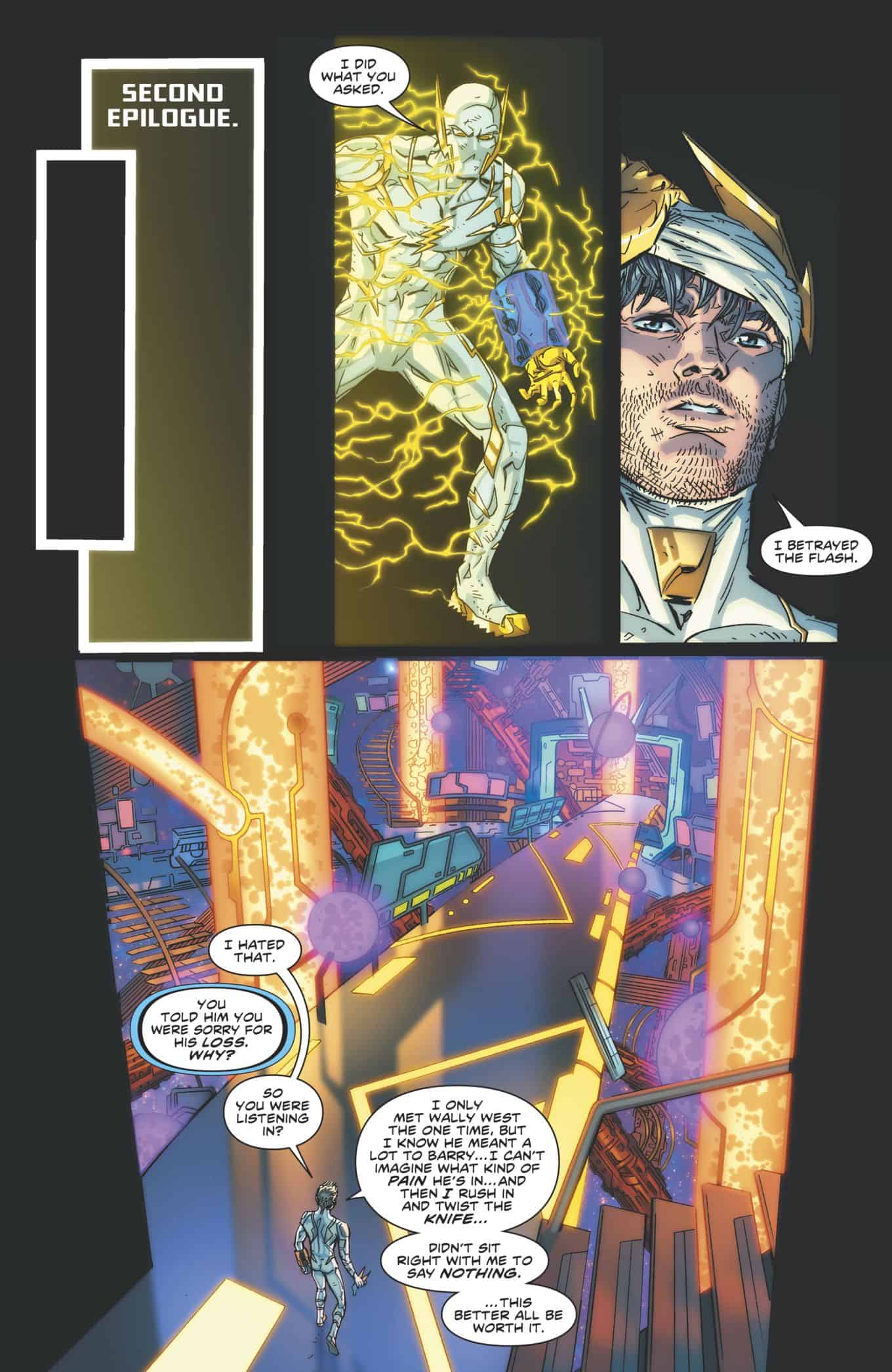 …who reveals he used his gauntlet to get Speed Force samples from the Flash Family. 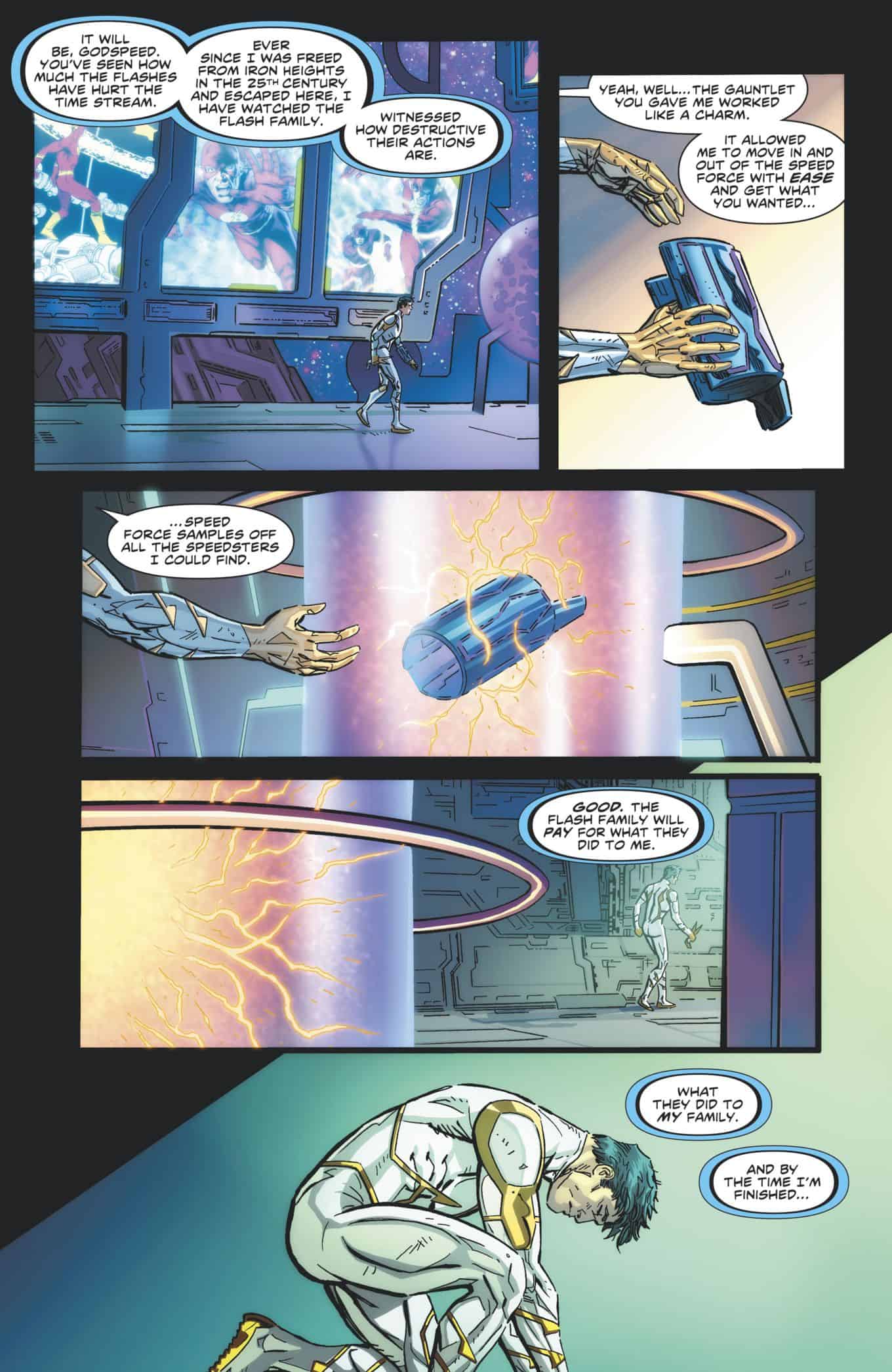 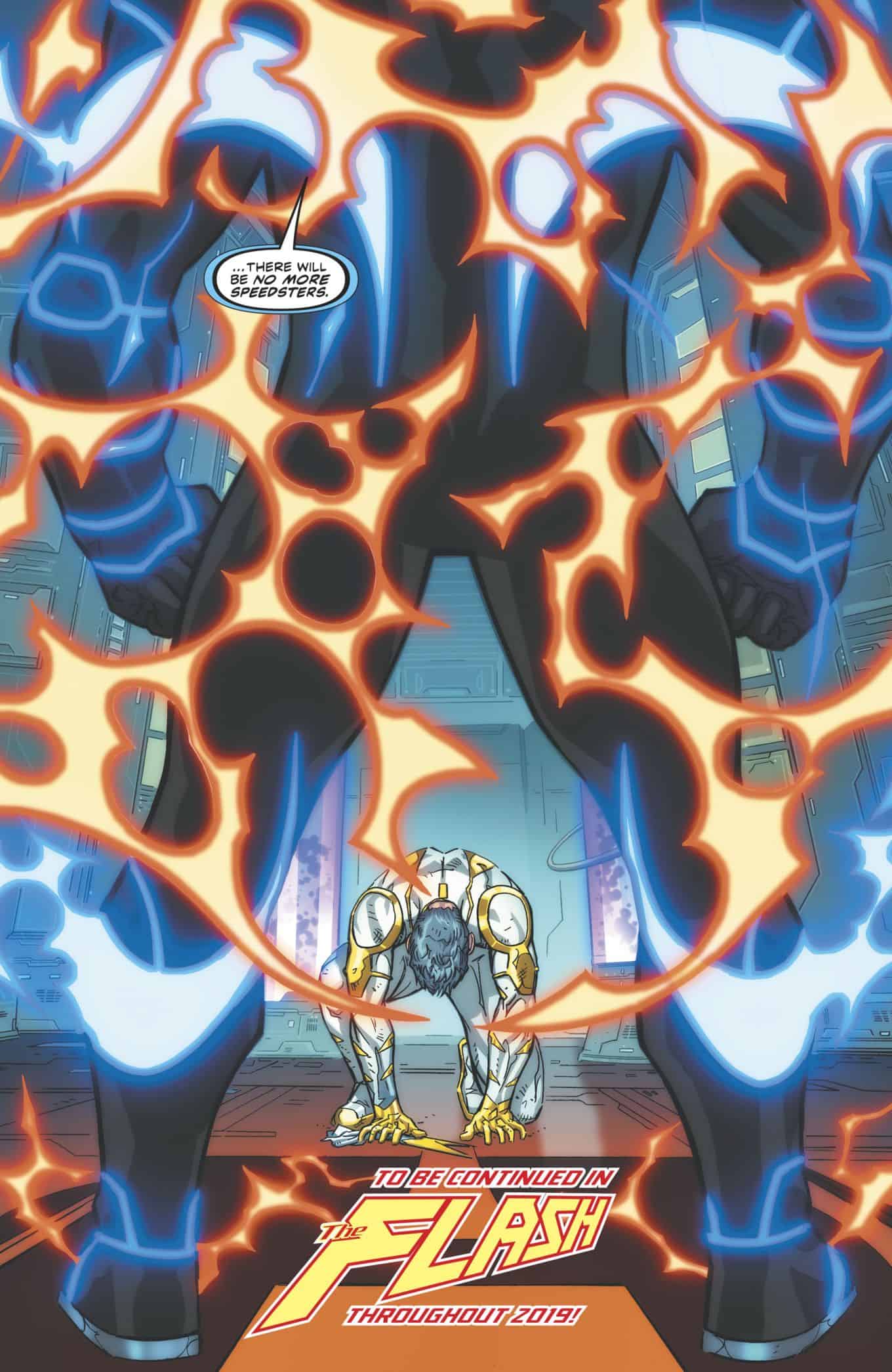 …who in previous continuity was a future Flash in the traditional red and yellow colors as part of the Justice Legion as part of DC One Million.

Perhaps the villain is Malcolm Thawne aka Cobalt Blue? That would make sense too based on colors and the comment about family.