Beloved British Actor Clive Swift, BBC Doctor Who Alumnus, But Best Known For Role In BBC’s Keeping Up Appearances, Passes Away At 82! RIP. 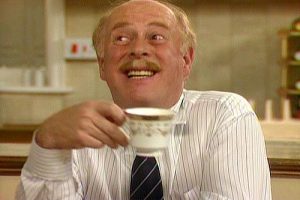 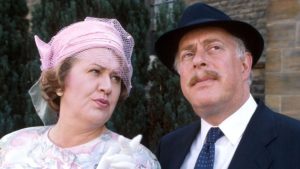 Swift, who spent 10 years at the RSC before breaking into television, also acted in such series as Peak Practice, Born and Bred and The Old Guys.

The role saw him patiently tolerate her ham-fisted and invariably thwarted attempts at social climbing.

Dame Patricia said she was “deeply saddened” to hear of her former co-star’s death.

“Clive was a skilful and inventive actor with wide experience, as his successful career proved,” she said.

“I so much admire what he brought to the barely sketched role of Hyacinth’s husband and treasure the memories of our happy collaboration.”

Off-screen he co-founded The Actors Centre, a meeting place for members of his profession in central London. 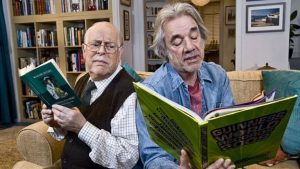 Born in Liverpool in 1936, he had three children with his ex-wife, the novelist Margaret Drabble.

Swift’s many roles included a part in Alfred Hitchcock’s 1972 film Frenzy and as King Arthur’s adopted father in 1981 film Excalibur.

Many years later, he would play Hitchcock in a BBC radio play called Strangers on a Film.

Swift made a number of appearances in Doctor Who, most recently in the 2007 episode Voyage of the Damned.

According to his agent, the actor died at his home on Friday after a short illness, surrounded by his family.

Comic book and sci-fans may also remember him for an appearance on BBC’s Doctor Who.

On behalf of the Inside Pulse and Comics Nexus teams, I offer our condolences to the family, friends and fans of Clive Swift.