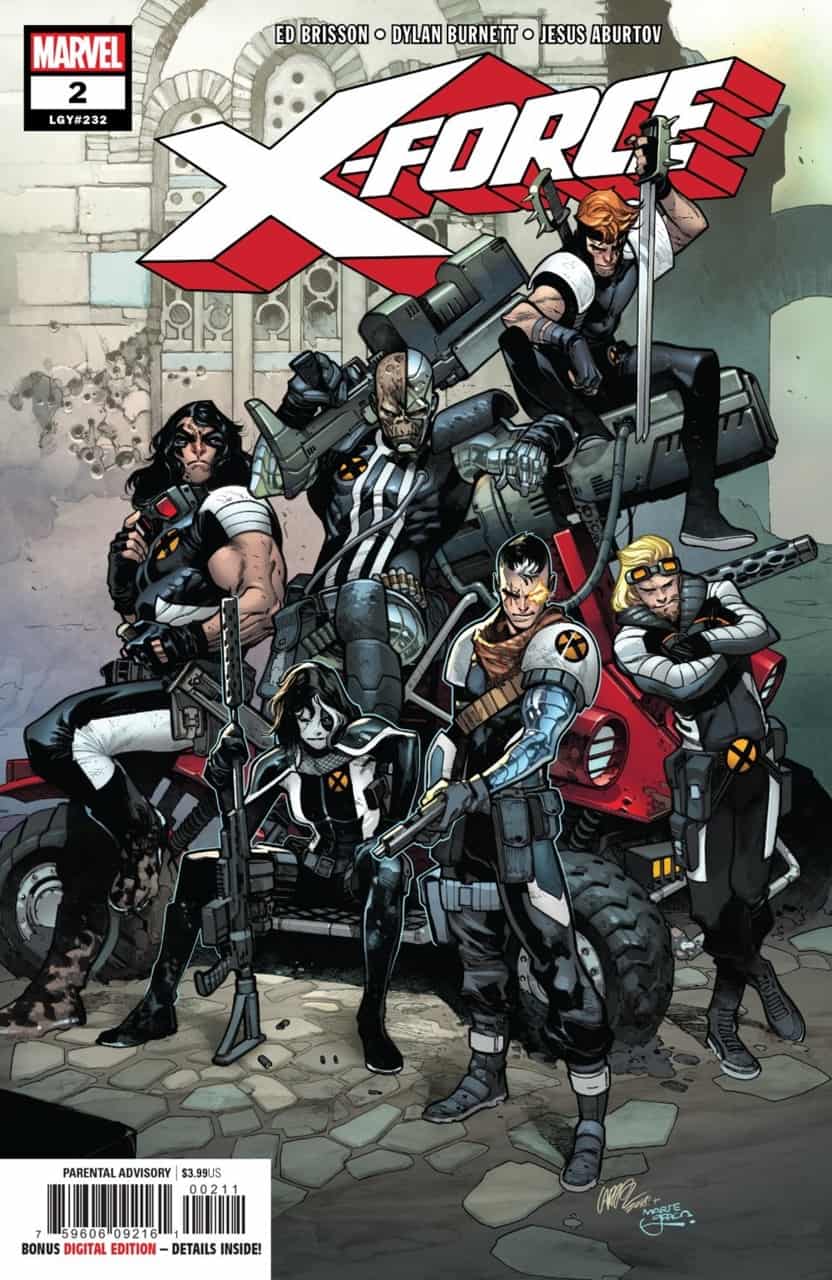 X-Force #2 – I continue to be very happy with this book.  Ed Brisson has the team continuing to help mutants escape a genocide in Transia being perpetrated by the leader of a military coup, who decides to turn on the mysterious people in the future who are providing them with the weapons that got Kid Cable interested in them in the first place.  Brisson is laying the groundwork for a number of mysteries, and the book acknowledges the recent events in Uncanny X-Men, which I always appreciate. What I am wondering about, though, is why Ahab is working to find a cure/vaccine for mutantcy, when we know that one exists in Uncanny X-Men, and that knowledge of it is public.  I love Dylan Burnett’s art on this book – the roughness and exaggeration of it fits the material perfectly, and is an antidote to the types of 90s awful art usually associated with this team.

Age of X-Man Alpha #1 – When all of the X-Men, and a few of their more memorable foes, all disappeared at the end of Uncanny X-Men #10 a couple of weeks ago, it seemed obvious that the Age of X-Man books would now tell of their adventures in some new timeline, the whole event being a lot more Heroes Reborn than Outback X-Men, and it appears that I was right.  We have a new reality where everyone is a mutant, and everything is peaceful, yet the X-Men still exist. Lonnie Nadler and Zac Thompson give us a look around this world, introducing us to various story elements that will now get explored in longer miniseries, before the X-Men inevitably return to the 616 and discover that Cyclops and Wolverine are alive. Just because it’s predictable doesn’t mean it has to be bad though.  This is a decent enough comic for this kind of thing. I liked it more than I disliked it, but I also couldn’t shake the feeling that I’d lived through all this before. Jean and Bishop hooking up was weird, as was the fact that I couldn’t tell until the very end of the issue that one character was Laura; I thought she was Kitty Pryde. 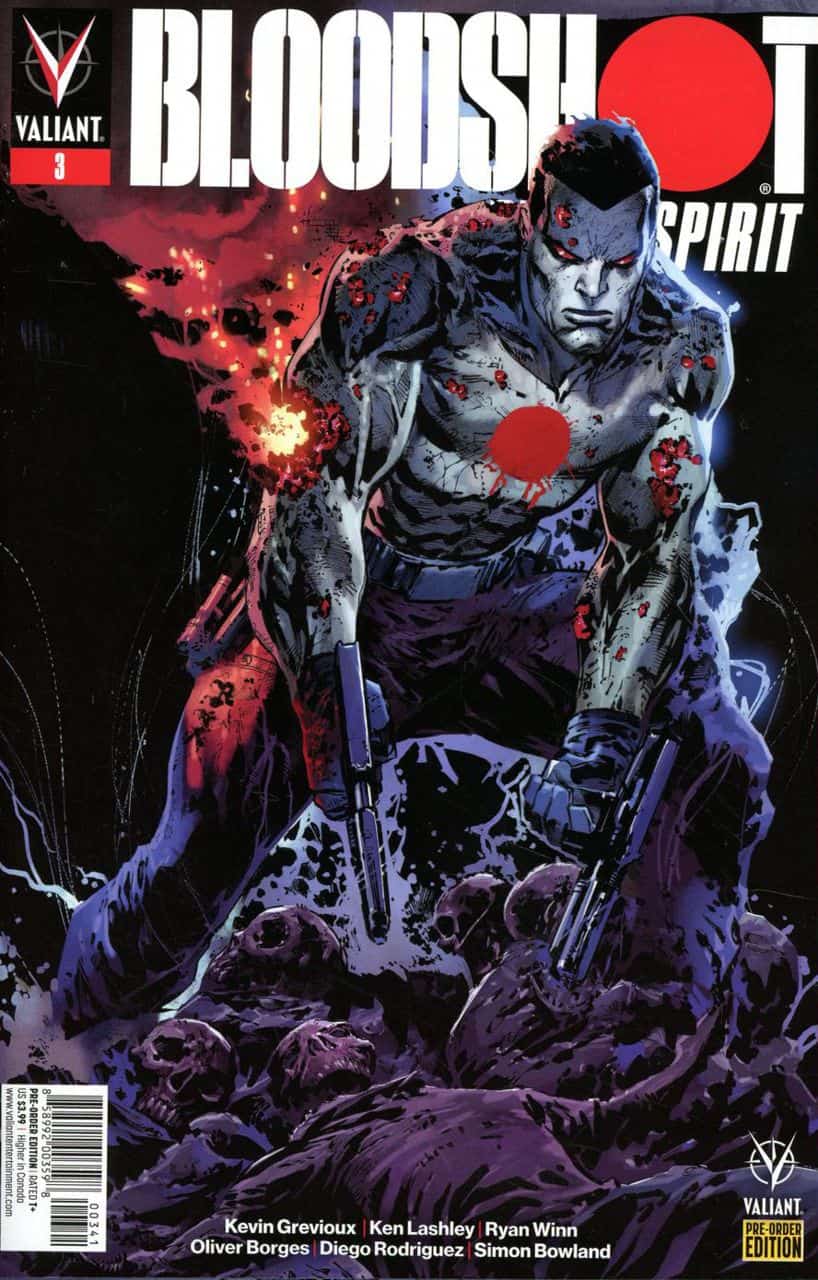 Bloodshot: Rising Spirit #3 – And with this issue, I’m done.  I started buying this book because of the involvement of Nadler and Thompson, but they were only partially involved with the first issue.  There’s just been nothing about this run that has held my interests – Project Rising Spirit has Bloodshot, and they keep trying to reprogram his memory.  I’m not sure why I should care, especially since Bloodshot is the type of character that even Jeff Lemire couldn’t keep my interest in for too long. Valiant does have some interesting looking things on the horizon, but this title is just not for me.

Captain America #7 – I like what Ta-Nehisi Coates is doing with this book, with Cap accused of a crime he didn’t commit, but also in such a position that he sees no way forward but to turn himself in.  Adam Kubert has come on to draw this arc, which works alright. I’m curious to see where Coates takes all this, but found this issue a little slow moving.

Doctor Aphra #28 – There’s little denying that Triple-Zero is the most exciting character in this series, and now, as he and Aphra race to stop the bombs implanted in them from going off, their relationship gets looked at in new ways.  The ending of this issue hits some perfect notes, as Aphra learns what it feels like to be in partnership with someone like her. It’s good stuff.

Heroes in Crisis #5 – We’re more than halfway through this series, and it’s still kind of tedious.  Booster Gold figures out something about the murder case, Superman makes a lovely speech, and we get a lot of random images of random characters.  I’m incredibly not invested in this series, and am shocked that it’s by Tom King.

Infinite Dark #4 – I’d thought that I was reading the final issue of this series, but apparently it’s going to be returning with a new arc in the spring.  Ryan Cady’s science fiction series about the last bastion of humanity after the heat death of the universe is disturbing on some unusual levels, but is also a very good read.  I’m curious to see where this can be taken after the events of this issue.

Man-Eaters #5 – I came back after skipping the magazine issue, and I’m still torn between the improbability of this book (story logic wise – I’m cool with the concept) and the pure charm of it.  Chelsea Cain and Kate Niemczyk are doing some very cool things here, and clearly having a great time with it.

Peter Cannon Thunderbolt #1 – I tend to ignore when Dynamite exhumes older comics properties that have bounced from company to company (for a while, Peter Cannon lived at DC), but when I saw that this latest resurrection of the character was being written by Kieron Gillen, I couldn’t ignore it.  What I didn’t expect was that Gillen was doing Watchmen II with this title (Cannon was the original model for Ozymandias). An alien invasion leads to Cannon leading the heroes of the world’s most powerful nations, at a time when they are close to going to war with one another, but only Cannon can see who is really behind all of this.  This issue moves pretty quickly, and feels kind of slight, but also manages to explain the ways in which the character has been updated for the new century. Caspar Wijngaard is a good choice of artist for this title, and his work shows more personality than the usual Dynamite house style. I’m on board for this one.

Punisher #7 – Frank’s time in a Bagalian jail run by Hydra hits a lot of familiar prison story tropes while prepping Frank to make moves against Baron Zemo.  It’s the most inconsequential issue of this run so far, but it’s still a fine comic.

Quantum Age From the World of Black Hammer #6

Star Wars: Lando – Double or Nothing #5 – While this issue ends rather cleverly, setting up Lando’s appearance in the Solo movie, it doesn’t do much else to develop the character.  Marvel’s Star Wars output has been a little lacking lately (aside from the main book and Doctor Aphra, which are both excellent), and need to get back to actually building on the central characters, or doing something interesting with the secondary ones (this Age of Republic stuff that’s starting up now is not interesting me in the least). 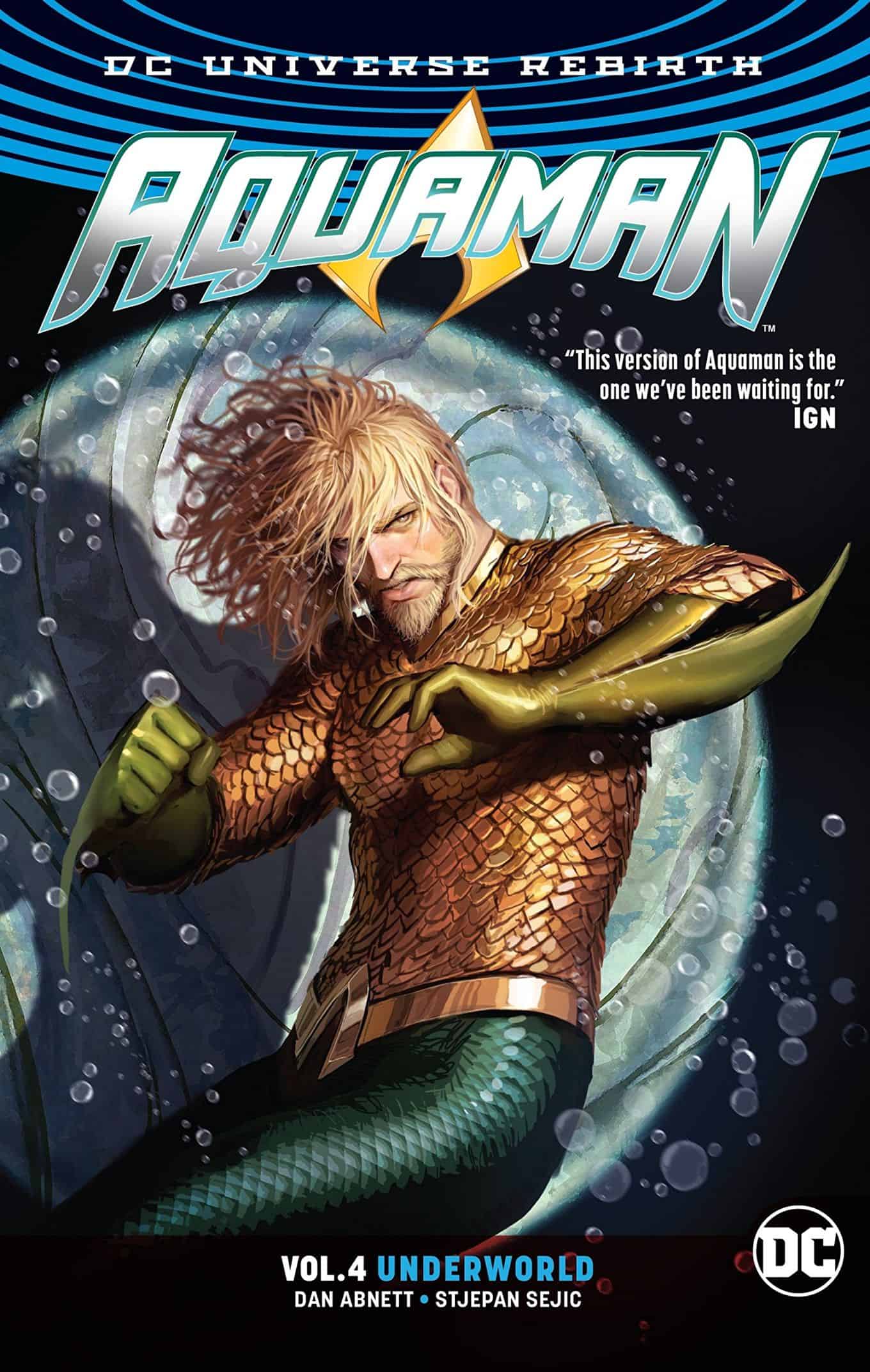 Aquaman Vol. 4 – Underworld – Now this is what I’ve been waiting for in reading Dan Abnett’s Rebirth run of Aquaman.  Arthur has been deposed as king, and is living in the lower reaches of an Atlantis that is sealed behind a magic barrier, helping undesirables escape the persecution of their new king.  Mera is going nuts with grief, believing Arthur to be dead, while various factions in the new king’s court decide how to deal with them. The new Dolphin is introduced, and the level of political commentary is inescapable (I see Trumpian isolationism – I mean Atlantean nationalism – and xenophobia hiding behind their big magic wall).  It’s a great story, and that’s before I mention the beautiful art by Stjepan Sejic! This is a gorgeous trade, and what saddens me is knowing that Abnett’s story finished up, and that there’s not much left for me to read. I was enjoying this book before this point, but things really level up here. 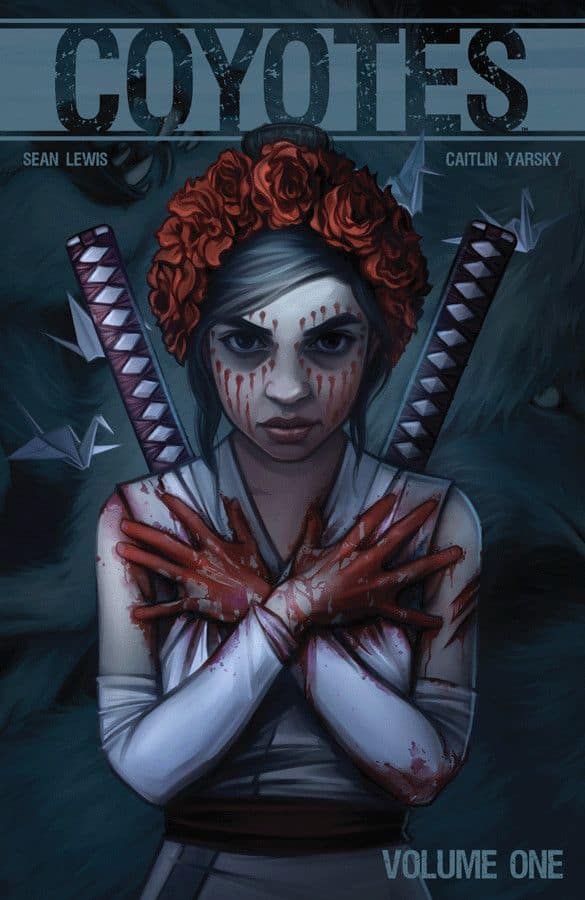 Coyotes Vol. 1 – I was curious about this book, supposedly about missing women along the US/Mexico border, and the werecoyotes who hunt them, but Sean Lewis, in his rush to fill this book with an abundance of original and wild ideas, really doesn’t slow down long enough to develop anything.  It’s not until the last chapter of the trade that I felt like I had some understanding of how all the pieces fit together, and I still felt a little lost at times. Caitlin Yarksy’s art is pretty cool, but this story just didn’t ever click for me. I’d always rather read a book with too much ambition compared to too little, but I don’t see myself coming back for more of this title.