This variant cover is part of interlocking covers with issues #2 and #3. 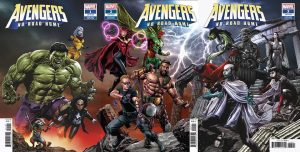 Looks good in black and white too. 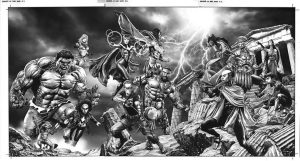 The remaining variant covers textless with no trade dress…

I’m hoping with the Greek Gods back that maybe we’ll see Ares again.