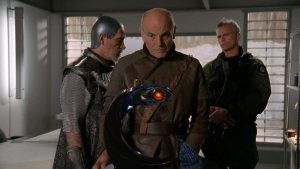 Carmen Argenziano, Actor in ‘Stargate SG-1’ and ‘The Godfather Part II,’ Dies at 75

Carmen Argenziano, an actor best known for his roles in “Stargate SG-1” and “The Godfather Part II,” has died, talent agency Event Horizon Talent confirmed Sunday in a Facebook post. He was 75.

“While Carmen was a client, he was also a good friend. While he was a class act and a consummate gentleman at the events he was booked for, he was also a caring and generous person,” the post reads. “While I had known him for more than a decade, it wasn’t until the past 3 years as a con [sic.] representative for him that our trust and friendship grew and blossomed. He truly treated me like family, and that sentiment was returned.”

With more than 200 film and television appearances under his belt, Argenziano boasted a prolific acting career that spanned almost 50 years, seven of which he spent in his most popular role of Jacob Carter/Selmak in the hit series “Stargate SG-1.”

However, prior to his 1998 appearance in “Stargate,” Argenziano got his start in Hollywood with a relatively small role in the 1969 black and white drama “Judd for the Defense,” which followed Houston lawyer Clinton Judd and his assistant Ben Caldwell as they took on cases throughout the United States.

What followed was hundreds of similar roles, including appearances in the popular series “Cheers,” “Melrose Place,” “ER,” “CSI: NY,” “Hawaii Five-0,” “The Mentalist,” “Criminal Minds” and the 1974 hit film “The Godfather, Part II” where he made an appearance as a button man.

He is survived by his wife, Lisa A. Angelocci, and his three children.

You may also remember him from the OG 21 Jump Street spin-off Booker PI. 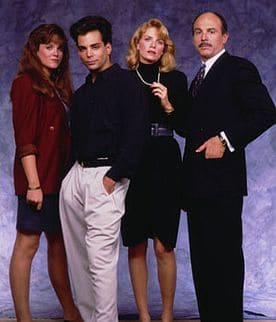 On behalf of the Inside Pulse and Comics Nexus teams, I offer our condolences to he family, friends and fans of Carmen Argenziano/