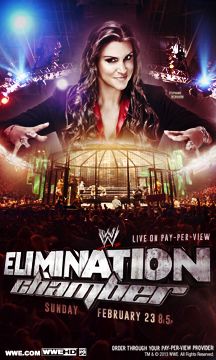 ~MATCH #1~
Intercontinental Champion Big E defeats Jack Swagger (w/ Zeb Colter) at 11:41 to retain the title. Big E has been the Champion since 11.18.13, and this is his fourth defense. The Champion uses his power to control Swagger in the early going, and they trade control back and forth several times. The crowd is mostly behind the heel Swagger, but Big E brings a chunk of them around by hitting the Spear through the ropes to send both him and Swagger crashing to the floor. They continue to battle on and Swagger uses the Ankle Lock, but the Champ won’t tap out. Big E counters out of the Ankle Lock with an enziguiri, and then he hits The Big Ending to get the pin. These two have great chemistry, and Big E looked especially good here. This was a good choice to open.
Rating: ***¼

~MATCH #2~
WWE Tag Team Champions The New Age Outlaws (Billy Gunn & Road Dogg) defeat The Usos (Jey Uso & Jimmy Uso) at 8:52 to retain the titles. The Outlaws have been the Champions since 1.26.14, and this is their third defense. Jimmy and Jey try to force a faster pace, while the Outlaws stall and slow things down. They wrestle the standard tag team formula, and Billy scores the surprise pin with a rollup. So, the Outlaws retained the titles here. No wonder pay-per-view died. The match was fine enough aside from the puzzling result.
Rating: *¾

~MATCH #3~
Titus O’Neil defeats Darren Young at 6:18. These two used to be partners, O’Neil decided Young was deadweight and beat him up, and now they’re gonna fight about it. Simple enough. O’Neil controls the bulk of the opening minutes with his superior power. Young responds and gets his share of offense in too, but it’s obvious who they’re putting the effort into. O’Neil gets the win after hitting the Clash of the Titus. They did the best with what they were given here – less than seven minutes with a rushed story that fans sadly just weren’t invested in.
Rating: **

~MATCH #4~
The Wyatt Family (Bray Wyatt, Erick Rowan & Luke Harper) defeat The Shield (Dean Ambrose, Roman Reigns & Seth Rollins) at 22:28. Ambrose is the United States Champion. The crowd chants “this is awesome” before any does anything. Things are so heated that a brawl breaks out before the bell can even ring. Momentum shifts several times in the early feeling-out process, and the crowd loves the idea of Reigns battling Wyatt. Everything about this match is laid out perfectly, with both teams trading control, working in their signature moves and picking up the pace at all the right times. As the match wears on, the Wyatt Family dispose of Ambrose, and then get rid of Rollins with a double-chokeslam by Rowan and Harper. That leaves Reigns alone against all three of his opponents. Reigns gets Wyatt in position for the Spear, but Harper comes in to take the bullet for his leader. That gives Wyatt the chance to clobber Reigns and then hit him with Sister Abigail’s Kiss to score the pin. I just loved all of this. Six young guys letting it all hang out for over 20 minutes in front of a hot, appreciative crowd. They could have done so much more with this feud.
Rating: ****½

~MATCH #5~
Cameron defeats WWE Divas Champion AJ Lee (w/ Tamina Snuka) by DQ at 3:57. AJ has been the Champion since 6.16.13, and this is her eighth defense. This was supposed to be a title shot for Naomi, who suffered a fractured orbital socket at the hands of Aksana in a recent match. Cameron is the logical if unexciting choice to replace her partner. There’s not much going on in this match except giving the crowd a breather after the last match. They spill out to the floor and Tamina goes for a big kick, but she hits AJ instead! Back in the ring Cameron covers and Tamina breaks up the cover. Cameron takes offense and goes outside the ring to confront Tamina and receives a huge clothesline for her troubles. That gives Cameron the DQ win. Well Cameron tried and looked to have made some improvement, so credit where it’s due and all that.
Rating: *½

~MATCH #6~
Batista defeats Alberto Del Rio at 7:11. The crowd is less than enthusiastic about Batista’s existence. Del Rio tries to pull the “too injured to compete” bit, crutch and all. Of course, he attacks Batista with the crutch and removes his street clothes to reveal his gear on underneath. The crowd is almost completely in favor of Del Rio, booing everything Batista does and calling him “Bootista.” They even chant “Daniel Bryan,” “CM Punk,” and “Y2J.” Del Rio went after Batista’s knee in his pre-match attack, then spends most of the match going after the arm. Batista avoids the Cross Armbreaker by shoving Del Rio into an exposed turnbuckle. He follows with the Batista Bomb to get the pin. That was a minor disaster and thank goodness they kept it short. Del Rio was all over the place and the crowd just hated Batista the entire time. Not good.
Rating: *¼

~MATCH #7~
WWE World Heavyweight Champion Randy Orton defeats Daniel Bryan, John Cena, Cesaro, Christian, and Sheamus in an Elimination Chamber Match at 37:33. Orton has been the Champion since 10.27.13, and this is his fourth defense. This is the first time in the Chamber for Christian and Cesaro, the third time for Sheamus (0-2) and Bryan (1-1), the fifth time for Cena (3-2), and the sixth time for Orton (0-5). Cesaro and Sheamus are the first two men in the match, and they wage war on each other for five minutes before the next man comes out. Bryan is the third entrant in the match and the crowd is losing it for him. The battle continues five more minutes and Christian is the fourth man out. Everyone, including newbies Christian and Cesaro, is more than comfortable using the chamber as a weapon. Cena is the fifth man out and the crowd perks up again with the usual mixed reaction. All five men wear each other down to the point that none are even on their feet by the time the Champion Orton makes his way into the match. Orton gets too cocky and everyone recovers, and they all look to go after him. The Champ scurries back into his pod and the crowd chants “pussy.” Sheamus seems most offended by this, so he delivers a Brogue Kick through the pod! That’s awesome. The action continues at a fast pace and Sheamus nails Cena with a Brogue Kick, though his target was Christian. Sheamus goes after Christian and the battle on the top rope and on a pod. Orton climbs up and brings Sheamus down with a superplex! Christian then comes off the pod with a splash to eliminate Sheamus at 26:05. Moments later Bryan connects with the Knee Plus on Christian to score the second elimination at 27:12. When Cena and Bryan come face to face the crowd is 100% behind Bryan. Cesaro interjects himself and tries a gut-wrench, which Cena counters with a rana! Cena hits the Attitude Adjustment over the ropes and onto the Chamber floor, and then locks on the STF for the tap-out at 30:10. When Cena puts Orton in the STF the lights go out and the Wyatt Family is in the Chamber. The Wyatt Family attacks Bryan but seem ultimately focused on Cena. Bray hits Sister Abigail and leaves Cena laying. Orton crawls over to the cover and pins Cena at 32:38. Corporate Kane makes his way out to ringside to make sure the Wyatt Family leave. Gee, I wonder what’s going to happen now. Kane gets in the ring to make sure Cena leaves, and Bryan attacks him for no reason. Orton and Bryan battle back and forth and Bryan connects with the Knee-Plus! Kane pulls the referee off the cover and distracts Bryan long enough for Orton to hit the RKO. Bryan kicks out at two! Bryan gets a small package for two and lands a knockout kick. The crowd is going banana here. Kane takes a cheap shot and Bryan walks into another RKO, which this time is enough to get the pin and retain the title at 37:33. And once again the heart of the entire WWE Universe is broken, as Bryan was once again not the Champion and seemed poised to battle Kane for the foreseeable future.

As far as the match goes, it was about 85% very good stuff, with hard work from everyone and some cool spots throughout. But as soon as the Wyatt Family showed up to do the “attack someone for no reason and then explain it later” that WWE creative can’t stop doing the match fell off the rails. Bryan getting beat again is fine in the long run since he got the WrestleMania Moment, but it just happened in the laziest, least creative way possible yet again. One thing I did like about this Chamber is that everyone looked strong in one way or another, and not all Chamber matches can do that. It would have been rated higher if the last two eliminations were done better.
Rating: ****

JZ Says
The Chamber match is very good and knowing that Bryan got the WrestleMania moment makes the result much more palatable. The Shield v The Wyatt Family was bonkers and seems to have been forgotten just five short years later.