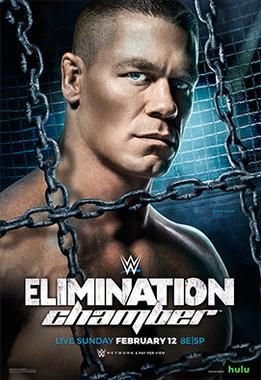 ~MATCH #1~
Becky Lynch defeats Mickie James at 11:34. James cost Lynch the SmackDown Women’s Title while under a mask as “La Luchadora,’ so there’s a good amount of bad blood between them. They both start off aggressively, but James takes first control and goes to work on the arm; an interesting stratagem considering that Lynch usually works the arm to set up for her Dis-Arm-Her submission hold. Lynch makes the big fiery babyface comeback, and James cuts that off. James goes for the DDT, but Lynch escapes it and a series of reversals ends with Lynch scoring the pin off a jackknife cradle. Good stuff here, as they had a solid storyline behind them and just went out and wrestled for over 10 minutes. See how that works?
Rating: ***

~MATCH #2~
Apollo Crews & Kalisto defeat Dolph Ziggler in a handicap match at 7:20. Kalisto and Crews enter separately, and Ziggler attacks Kalisto during his entrance, thus evening the odds. The match starts as a regular singles match, and since it’s between Ziggler and Crews the crowd doesn’t care. Ziggler keeps Crews down and focuses on his neck. After a few minutes of that, Kalisto comes down to the ring and joins the fray. Kalisto gets a few moves in, and then Crews finishes Ziggler off with The Chariot. An angry Ziggler attacks both men after the bell and destroys Crews’ left ankle with a steel chair. This match made so little sense. In a two-on-one scenario, the two beats the one, and it was laid out to indicate that Crews needed help from Kalisto, so they look terrible. Ziggler loses again, so he gains nothing from this. What’s the point?
Rating: *¼

Slater and Rhyno are the first team, followed by Breezango. They do a standard, truncated tag team formula match. Slater and Rhyno control the bulk of it, and Rhyno puts Fandango away with a Gore at 4:35. The Vaudevillains are out next and they take the early advantage. Gotch and English are fired up, but Slater comes back and connects with an implant DDT to get another win at 6:34. Jimmy and Jey, the Usos, are next up. Slater and Rhyno are selling the exhaustion of two prior matches, but they were less than seven minutes combined. The Usos control most of the match, and Jey flattens Slater with a Samoan Drop. Jey makes a blind tag and Jimmy drills Slater with a superkick to get the pin at 9:45. Now the Champions are here, as American Alpha is the fourth team in the match. Jordan and Gable have bad blood with the Usos, so the fight starts outside the ring in the aisle. The champs hit a couple of moves but the Usos quickly take control and work Gable over. Gable fights back and makes the hot tag to Jordan, who suplexes everything in sight and takes the straps down. Alpha goes for Ode to the Steiners, which Jey counters into a victory roll on Jordan. But Gable is legal, and he executes a rolling prawn hold to get the pin at 15:21. The Usos are angry and take out their frustrations on the Champions, leaving them easy pickings for The Ascension. Konnor and Viktor immediately hit Jordan with the Fall of Man, but Gable breaks up the pin. The Ascension dominate the beaten down Champions, but Jordan makes a timely tag to Gable. Alpha hits Viktor with Grand Amplitude to get the win and retain their titles. Decent storytelling throughout the match but cramming five mini-matches into 20 minutes is very difficult to make more than decent.
Rating: **¼

~MATCH #4~
Natalya and Nikki Bella wrestled to a double-countout at 13:15. The more technically skilled, Dungeon-trained Natalya takes the early control, keeping Nikki grounded. Nikki tries showing off some submission holds to counteract Natalya’s assertion that she cannot wrestle. Natalya controls the bulk of the match, but Nikki stays in it and powers back. Late in the match, Natalya locks on the Sharpshooter, which Nikki counters to the Fearless Lock (STF). They spill to the floor and brawl, and neither woman makes it back to the ring so they both get counted out. Mostly decent stuff here, but a touch long for the finish they went with.
Rating: **¼

~MATCH #5~
Randy Orton defeats Luke Harper at 17:13. Orton stalls like he’s Larry Zbyszko in the early going, so Harper takes it to him. Harper even fights Orton out on the floor but ends up paying for that when he gets dropped back-first across the announce table. Orton controls for several minutes, keeping the larger Harper grounded. Harper fights back and even hits a nice suicide dive, but then falls victim to a snap powerslam out on the floor. Back in the ring they continue trading momentum. Orton busts out a full nelson slam, which I don’t recall seeing him do before. In the end, Harper makes one mistake and Orton capitalizes with an RKO (from outta nowhere) to get the win. That was easily Harper’s best singles match in the WWE, and thus far the zenith of his various singles runs.
Rating: ***¾

~MATCH #6~
Naomi defeats SmackDown Women’s Champion Alexa Bliss at 8:18 to win the title. Bliss has been the Champion since 12.4.16, and this is her fourth defense. Bliss seems to be taking Naomi lightly, which she pays for in the early going. The confident Champion quickly claims control and tries to keep Naomi grounded. Naomi flies around and uses her athleticism, including on a nice blockbuster for a two-count. She hits a Rear View for another near-fall. Bliss makes a brief comeback and hits the DDT, but Naomi kicks out. She goes for Twisted Bliss, but Naomi gets her knees up. One split-legged moonsault later and Naomi is the new Champion. Some okay stuff here, but somewhat disjointed overall.
Rating: *¾

~MATCH #7~
Bray Wyatt defeats AJ Styles, Baron Corbin, Dean Ambrose, WWE Champion John Cena, and The Miz in the Elimination Chamber at 34:26 to win the title. Cena has been the Champion since 1.29.17, and this is his first defense. Ambrose is the Intercontinental Champion here. Cena is in the match for the sixth time, with three wins already; Miz is in for the second time; and everyone else is debuting.

Cena and Styles start the match, which is appropriate and awesome. They have their typically awesome five-minute match and Ambrose is the third man in the match. Ambrose turns it into more of a brawl, and the fourth man, Bray Wyatt, has no problem with that. Cena takes the first big bump when he and Styles are up on the wall and he gets knocked back to the floor. The floor has pads now instead of just the grating, which I’m sure the wrestlers appreciate. Styles takes big bump number two when he fights on top of a pod with Ambrose, and then gets brought down in a vicious Tower of Doom. Corbin is out fifth, and Ambrose meets him head-on. Cena finally makes his way back into the match in time to eat an End of Days. Corbin dominates everyone and is the only man standing when The Miz completes the field. Miz wants nothing to do with Corbin, who is chomping at the bit. Ambrose uses that distraction to roll Corbin up for the first elimination at 18:36! Corbin attacks Ambrose, hurling him through one of the pods and then hits an End of Days. Miz finally gets in the match and scores the pin on Ambrose at 20:42. Great spot. Miz continues to control the match and appears to be feeling good about himself. But then Miz makes the mistake of trying a top-rope cross body block on Cena, who rolls through and hits an Attitude Adjustment to eliminate him at 22:29.

Wyatt and Styles work together to wear Cena down, which is smart strategy, even though it doesn’t last long. Cena fights back and hits a double Five-Knuckle Shuffle. He lands the AA on Wyatt, but when he tries it on Styles it gets reversed to a Styles Clash for a near-fall. Cena then connects on the AA, but Styles kicks out! Wyatt connects with Sister Abigail on Cena, pinning the Champion at 29:07! The crowd goes crazy for that. Styles and Wyatt battle back and forth until Wyatt counters the Phenomenal Forearm into Sister Abigail to get the pin and win his first WWE Title. This was a very good Chamber match, with tons of fast-paced action and several stories being advanced. The elimination order was great, especially where Cena went out. Orton comes out to stare down the new WWE Champion to end the show.
Rating: ****¼

JZ Says
The opener is solid, there’s a good match in the middle, and a very good main event. That makes the show perfectly solid on its own, but it’s mostly forgettable and the follow up to all of it was shockingly bad (Orton v Wyatt in particular), so there isn’t a lot of repeat value on this show unless you’re in the Bray Wyatt Fan Club.