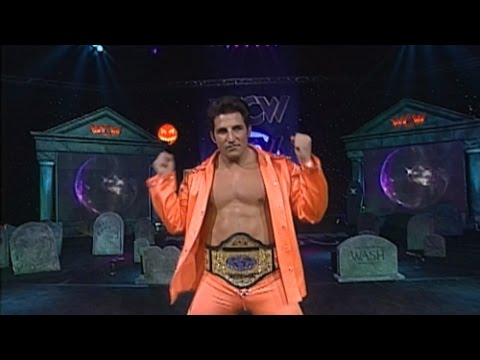 Wrestling Inc. has a report from Impact Wrestling’s media call, in which Disco Inferno [Glenn Gilbertti] expressed his feelings on women’s wrestling.

“I am not a big fan of women’s wrestling,” said Inferno. “To me women’s wrestling is kind of like the WNBA. They’re the best female basketball players in the world, but they’re not as good as the guys.

“I’m not saying that there’s not a lot of talented women’s wrestlers. But the formula has shown in the past that regardless of your in-ring work, the more attractive you are determines how over you are.

“I am a fan of the women’s wrestlers that can combine good looks with good work. If there’s a girl out there whose work isn’t as good but she’s hotter and has sex appeal, I’m a fan of that.”

Inferno went on to say that too much time on TV is devoted to women’s wrestling and the product is diluted. He did, however, commend a former Impact Knockout for combining both sex appeal with in-ring ability.

“My favorite women’s wrestler of all time was Velvet Sky,” stated Inferno. “I thought the Beautiful People was a great gimmick for two female professional wrestlers. They looked great and had a great entrance and could wrestle. I was a big fan of that.

“But collectively, I’m not a big fan of women’s wrestling. They had that Mae Young Classic – I can’t watch that. Pro wrestling to me is based around grown men that want to fight each other….That’s just what I’m a fan of.”
…
“In this PC culture, people want to pigeon-hole you as being sexist,” stated Inferno. “Not really…is it sexist to not be a fan of the WNBA and be a fan of the NBA? That’s just a personal preference.”

Check out their full story, where Disco also discusses how he thinks people in the business perceive him. It’s a great read.