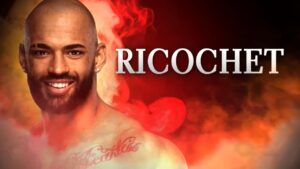 A Pedro Morales tribute graphic airs to start things off. HHH talks about Mania and the new NXT call-ups – Ricochet, Aleister Black, and DIY – who get terrible nu-metal videos with Cole blandly reciting facts about them. Braun and Corbin have a long, boring tables match that is really just a hardcore match with a table stip given all the weapons they wind up using. Braun’s corner powerslam through the table was cool at least. Riott faces Ronda again and Graves says Ronda can’t overlook her. Why? She demolished her. Heyman comes out and gets choked briefly by Braun before Heyman says that everyone should be envious of Brock Lesnar. He is the most dominant champion in MMA and WWE history and talks about spending his money to create a video package covering Brock’s life.

His time on a form led him to become an NCAA champion, a WWE Champion, and a UFC Champion. In two years, he conquered WWE and then conquered MMA. He came back to conquer WWE’s replenished roster in 2012 and sought out to end the streak and did just that. Heyman got on the mic and talked about Brock ending the streak again – so maybe they aren’t Taker’s biggest fans this weeks. Balor interrupts him and then we get Balor brawling with Rush and Lashley until Ricochet comes down to make a save. His springboard dropkick to Lashley is a thing of beauty. Ricochet is given all the shine here, with Balor playing a face in peril until Ricochet comes in and runs wild until pinning Rush with the 630.

Drew talks to HHH about doing whatever it takes to prove himself and wants Seth at WM. Dean comes in and stares him down and wants a match before slapping Drew. The Becky brawl from last night is shown before they just cut from the announcers to Hawkins and Ryder against the LHP. Lince pins Hawkins with a rana before Heavy Machinery comes down with Tucker doing the Bushwacker stomp and Otis walking like an action figure with its knees taped together. Lacey Evans struts and then they do. Roode in a dress shirt, sports coat, and jeans chats with Chad with DIY. Chad is playing a grazzled vet here and is a bit heelish. DIY faces The Revival, who almost lose early to Ciampa countering a shatter machine with a jacknife pin for 2. Slingshot spear to Dawson before the superkick/knee combo ends it.

Balor and Ricochet cut a promo about accomplishing dreams. Kevin Owens eats some popcorn before Bayley and Sasha come down. They yammer on a bit until Tamina and Nia come down for a nothing brawl. DX HOF video airs. Dean is out with his babyface theme after becoming a babyface but not turning. Dean gets smashed with a pair of claymores in quick fashion. Well if a guy’s leaving, put your current guys over him. Another video airs on Brock destroying all of the Shield at WrestleMania – in the past with Roman and Dean and in the future with Seth. Seth says you can call Paul many things, but a liar isn’t one of them.

Elias faces Aleister Black, who smashes him quickly with the Black Mass – which hit perfectly. Ronda vs. Riott features Ronda in her worst gear ever, just long blue shorts and a white tank top missing big shots. Ruby goes for her corner knee drive, but Ronda turns it into an inverted Alabama slam in the buckle. Flying armbar gets the win for Ronda before beating up the rest of the Riott Squad. The Seth-Brock stuff should’ve closed the show – they did a masterful job with that and it had Heyman’s fingerprints all over it.