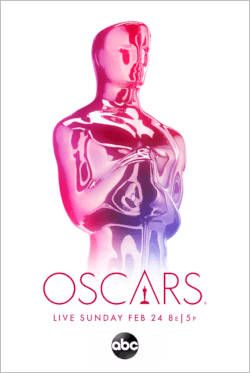 No fancy introduction needed here, let’s just dive right in and talk about the categories and who I think will, and should, win tonight.

Best Picture
This is an interesting group of nominees, as momentum and front-runner status has changed so many times, and all of them have things going for them and against them. Popular opinion seems to be that it comes down to either “Roma” or “Green Book,” with “Bohemian Rhapsody” waiting in the wings as a potential spoiler. “Book” and “Rhapsody” are two of the weakest Best Picture nominees in years, so my hope is that the exquisite “Roma” takes the prize. Since “Roma” has a Best Director nomination (and a likely win), I think that gives it the edge, even without the Best Film Editing nod. I loved “Roma,” but I was more impressed with everything in “The Favourite” so that would get my vote.
WILL WIN: “Roma”
SHOULD WIN: “The Favourite”
CONSPICUOUSLY ABSENT: “First Man”

Best Director
Alfonso Cuarón has cleaned up the precursor awards this year and seems poised to win his second directing Oscar (after “Gravity” five years ago). Spike Lee could upset, but anyone besides Cuarón would be surprising. Also, again I loved “The Favourite” so much, I would vote for Yorgos Lanthimos.
WILL WIN: Alfonso Cuarón, “Roma”
SHOULD WIN: Yorgos Lanthimos, “The Favourite”
CONSPICUOUSLY ABSENT: Bradley Cooper

Best Actor
Rami Malek is the one to beat for his good performance in a godawful dumpster fire of a movie, “Bohemian Rhapsody.” If there was any justice in this world, Ethan Hawke would already have his name engraved on the trophy for “First Reformed.” Christian Bale and Bradley Cooper were also outstanding and would be worthier winners than Malek. Mortensen and Dafoe were fine in their movies but really have no business being in this category.
WILL WIN: Rami Malek, “Bohemian Rhapsody”
SHOULD WIN: Christian Bale, “Vice”
CONSPICUOUSLY ABSENT: Ethan Hawke, “First Reformed”

Best Actress
Glenn Close is terrific in “The Wife” and it’s a good enough movie, but this is clearly a career award (not that it isn’t deserved). Toni Collette being excluded here is a bummer.
WILL WIN: Glenn Close, “The Wife”
SHOULD WIN: Olivia Colman, “The Favourite”
CONSPICUOUSLY ABSENT: Toni Collette, “Hereditary”

Best Supporting Actor
For a movie with as many detractors as “Green Book,” one component of the movie that has emerged pretty much unscathed is Mahershala Ali in another terrific performance. He should cruise to his second win in 3 years.
WILL WIN: Mahershala Ali, “Green Book”
SHOULD WIN: Richard E. Grant, “Can You Ever Forgive Me?”
CONSPICUOUSLY ABSENT: Michael B. Jordan, “Black Panther”

Best Supporting Actress
All five nominees in this category are strong, and the consensus pick is hardly a sure thing. Regina King won almost every precursor award but couldn’t even manage so much as a SAG nomination. She’s still out front, but an upset from Marina de Tavira, Rachael Weisz, or sixth chance nominee Amy Adams could happen.
WILL WIN: Regina King, “If Beale Street Could Talk”
SHOULD WIN: Regina King, “If Beale Street Could Talk”
CONSPICUOUSLY ABSENT: Emily Blunt, “A Quiet Place” and Claire Foy, “First Man”

Best Adapted Screenplay
Since Spike Lee has little shot of winning Best Director, the best place to award him is here. This is a long overdue consolation prize, but I did really like “BlacKkKlansman” and think it’s way past time Lee wins an Oscar.
WILL WIN: “BlacKkKlansman”
SHOULD WIN: “The Ballad of Buster Scruggs”
CONSPICUOUSLY ABSENT: “The Death of Stalin”

Best Foreign Language Film
Having only seen two of the nominees here, it’s a little difficult to comment on. I loved “Roma,” but “Shoplifters” was the one that has stuck with me.
WILL WIN: “Roma” (Mexico)
SHOULD WIN: “Shoplifters” (Japan)
CONSPICUOUSLY ABSENT: “Burning” (South Korea)

Best Documentary – Short Subject
Shorts are notoriously difficult to predict. Having seen all of them, I have no issue with any of them winning.
WILL WIN: “Period. End of Sentence.”
SHOULD WIN: “A Night at the Garden”
CONSPICUOUSLY ABSENT: “Zion”

Best Live Action Short Film
Shorts are notoriously difficult to predict. The only one here I disliked was “Skin,” and anything else would be a good winner. This is a notably brutal set of films to sit through, as only “Marguerite” offered any pleasant feelings.
WILL WIN: “Detainment”
SHOULD WIN: “Fauve”
CONSPICUOUSLY ABSENT: “Caroline”

Best Animated Short Film
Shorts are notoriously difficult to predict. People seem to love the Alzheimer’s patient suddenly remembers their loved one trope, so “Late Afternoon” could triumph here. “Weekends” is far and away the best, but don’t count out Pixar’s “Bao” either.
WILL WIN: “Late Afternoon”
SHOULD WIN: “Weekends”
CONSPICUOUSLY ABSENT: “Bilby”

Best Cinematography
This one is pretty much as sewn up as Best Director. “Cold War” could pull off the upset, but I wouldn’t bet on it.
WILL WIN: “Roma”
SHOULD WIN: “Roma”
CONSPICUOUSLY ABSENT: “If Beale Street Could Talk”

Best Makeup and Hairstyling
Christian Bale is a master chameleon, but the makeup team in “Vice” renders him unrecognizable as former President (I know) Dick Cheney. Also, anybody see “Border?” That’s a messed-up movie.
WILL WIN: “Vice”
SHOULD WIN: “Vice”
CONSPICUOUSLY ABSENT: “Suspiria”

Best Film Editing
This is a category that frequently portends the Best Picture winner, but “Roma” is the favorite there and it’s not even nominated here. Second-in-line on Best Pic “Green Book” is nominated here, but I don’t see what makes its editing exemplary. “The Favourite” moves at a great pace but the editing isn’t flashy enough. That leaves us with “Vice” and “Bohemian Rhapsody.” By far, “Vice” has the MOST editing, and their strategy worked well for some and not for others. Meanwhile, people seem to really love “Bohemian Rhapsody,” so I expect that to win here and make my friend Dan and I nervous about Best Picture Winner “Bohemian Rhapsody” becoming a thing.
WILL WIN: “Bohemian Rhapsody”
SHOULD WIN: “Vice”
CONSPICUOUSLY ABSENT: “Widows”