Why Did Dean Ambrose Not Join Seth Rollins For A Shield Reunion On WWE Raw After Roman Reigns Announced He Was Cancer Free? 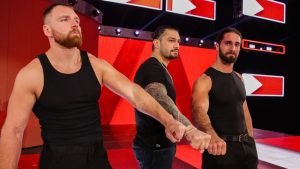 To open… RAW in Atlanta, Georgia, former WWE Universal Champion Roman Reigns made the announcement that his cancer is in remission after having to step away from in-ring competition this past October to battle Leukemia. As Roman was making his way back up the entrance ramp, former WWE Intercontinental Champion Seth Rollins joined Reigns and embraced “The Big Dog”. Fightful’s Sean Ross Sapp has learned that Dean Ambrose… made the decision to not join Rollins and Reigns in that moment.

…Fightful has also learned that Dean Ambrose was very emotional while Roman was sharing the positive news about his return. 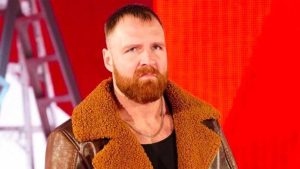 Later during Raw, Reigns and Rollins came to the aid of Ambrose who was being attacked by Drew McIntyre, Bobby Lashley, Elias and Lio Rush.

Many sites are reporting that a Shield “presence” is expected at WWE’s next PPV Fastlane on March 17, 2019 in Cleveland, Ohio.