ABC’s Marvel’s Agents Of SHIELD Expected To End With Season 7 As Season 6 Set To Debut Shortly In 2019? 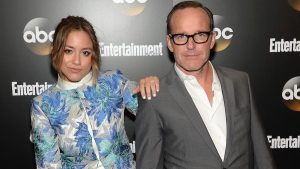 It looks like Agents of SHIELD season 7 will be the end for Phil Coulson and the gang.

While it was somewhat of a surprise when Agents of SHIELD was renewed for a sixth season by ABC — the show has always struggled with its ratings, even while the fan and critical response has only gotten better from year to year — the real shocker came when the network quickly tacked an additional set of shows — Season 7 — onto the schedule as well.

But with Season 6 set to roll out this spring and the seventh starting to shoot, star Clark Gregg told us that a seven-year run is likely going to be it for the Marvel series.

“That’s the word I’ve heard,” said Gregg when we spoke with him recently at the press junket for Captain Marvel. “The announcement I read was, two more seasons, six and seven.”

Although Gregg added that he “really doesn’t know much about” Season 7 just yet, he enthused that he’s “excited” for viewers to check out Season 6. “I can’t wait for people to see Season 6,” he told us. “People who have been on the journey with me and with Phil Coulson are going to get something very, very different.”

Of course, Marvel fans will get to see Gregg as Coulson even earlier, starting on March 8 when Captain Marvel hits theater screens. He’s playing a younger version of the character in the film, back in the days when he was a new S.H.I.E.L.D. operative and just starting to work for Nick Fury (Samuel L. Jackson) long before either of them had heard of Iron Man or the Avengers…

…Captain Marvel is out March 8, while Agents of SHIELD season 6 premieres on ABC in May… 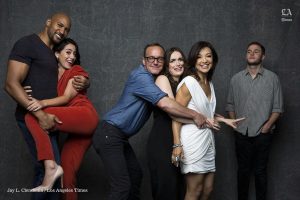