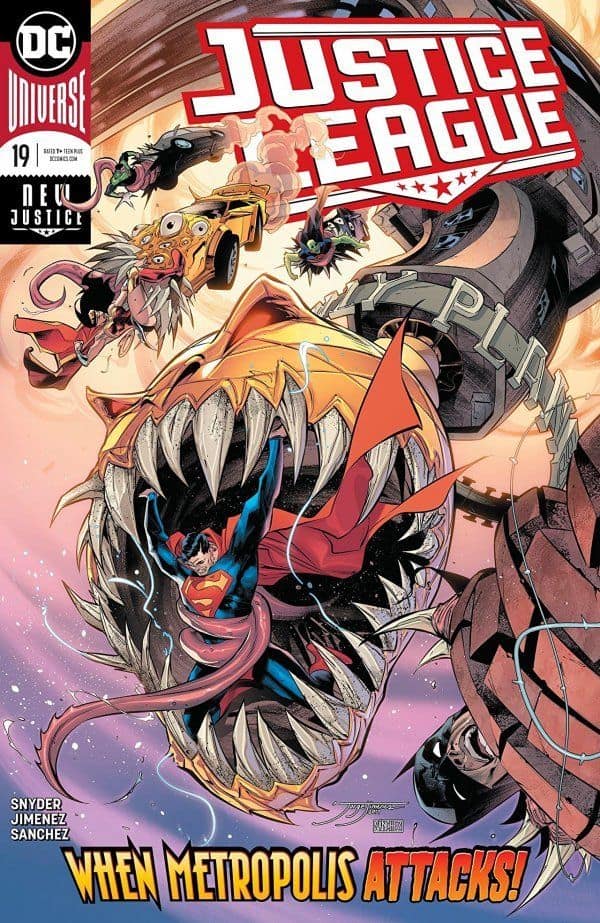 DC Updates Covers For Justice League #19-21, Including A New Variant For Issue #20

DC has announced updates to covers for Justice League issues #19-21.

JUSTICE LEAGUE #20 (JAN190609) will run with the cover by Jorge Jimenez as solicited:

The cover art by Jorge Jimenez originally slated to run on JUSTICE LEAGUE #19 as the left side of the triptych now will appear on a new JUSTICE LEAGUE #20 Left Variant cover (JAN198549):

Justice League #19 hits stands this week on March 6, 2019. In addition to the new cover revealed earlier in this piece, it also includes a variant cover by Rob Liefeld.

The preview and teaser pages for Justice League #19 have not been released at press time.