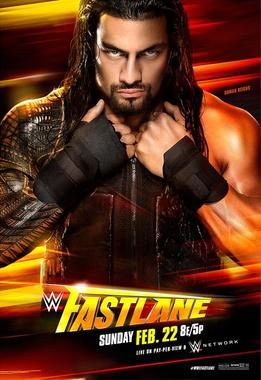 ~MATCH #1~
The Authority (Kane, Seth Rollins & Big Show) (w/ Jamie Noble & Joey Mercury) defeat Dolph Ziggler, Erick Rowan & Ryback at 13:01. The good guys control the action to start, but when Rowan and Show spill to the floor, Rowan tries a spin kick but misses and hits nothing but ring post. That gives The Authority the advantage and they isolate Rowan in their half of the ring. When Ryback gets the hot tag, the crowd is all about him and he unloads on everybody. Things get chaotic, and the next hot tag belongs to Ziggler. The referee loses control, and when his back is turned Show sneaks in a WMD on Ziggler, allowing Kane to get the pin. This was done in various forms quite a bit on RAW, but this was still a good choice to open. The crowd reacted strongly to the Babyfaces, and that helped keep things energetic.
Rating: ***¼

After the match, The Authority continue their five-on-three attack, until Randy Orton runs out to make the save, returning from injury. Rollins gets out of there in a hurry, but Orton still dishes out a handful of RKOs. This would’ve been more effective with Orton in street clothes instead of his ring gear, but they don’t do that anymore for whatever reason.

~MATCH #2~
Goldust defeats Stardust at 8:55. They works slowly here, with Goldust seeming to have the upper hand but Stardust avoiding him whenever possible. When Stardust finally gets control, he slows the match WAY down and keeps Goldust on the mat. Finally, Stardust goes for the Queen’s Crossbow but Goldust counters with a snap mare and a crucifix to get the flash pin. Man, this just died out there. These two were a fun team but had zero chemistry as opponents.
Rating: *¾

~MATCH #3~
Cesaro & Tyson Kidd (w/ Natalya) defeat WWE Tag Team Champions The Usos (Jimmy Uso & Jey Uso) (w/ Naomi) at 9:33 to win the titles. Jimmy and Jey have been the Champions since 12.29.14, and this is their third defense. The Champions control the early going, working on Kidd. Cesaro comes in and turns the tide for this team, and now the challengers control Jimmy in their half of the ring. Things pick up and the referee has trouble controlling the four combatants. In the end Kidd catches Jey with the Swinging fisherman suplex to get the pin and win the titles. This was like a good beginning, a good ending, but nothing really in the middle. These teams worked well together so it wasn’t boring or anything, just kind of odd.
Rating: **¾

~MATCH #4~
WWE Divas Champion Nikki Bella (w/ Brie Bella) defeats Paige at 5:34 to retain the title. Nikki has been the Champion since 11.23.14, and this is her third defense. Paige starts off aggressively, but Nikki quickly slows her down. Nikki wears Paige down for a few minutes and pulls off some impressive power moves. Paige makes the big comeback but Nikki cuts her off by pulling her face into the turnbuckles. Nikki rolls Paige up and grabs the tights to get the pin. They probably could’ve gone on longer, but what was there was solid.
Rating: **¼

~MATCH #5~
WWE Intercontinental Champion Bad News Barrett defeats Dean Ambrose by disqualification at 7:58 to retain the title. Barrett has been the Champion since 1.5.15, and this is his second defense. It’s a fight right from the start, with Ambrose taking the early advantage. When Ambrose goes up to the second rope, Barrett catches him with a boot to the face, sending Ambrose crashing to the floor. Momentum shifts back and forth between the two brawlers, and both men bust out their signature moves; some connect, and some don’t. When Ambrose goes for Dirty Deeds, Barrett rolls to the floor and grabs his belt. Barrett tries to bail but Ambrose hits a suicide dive to wipe him out. Back in the ring Barrett tries to escape again, and when Ambrose puts the boots to him in the corner the referee asks him to stop. However, Ambrose will not stop so the referee disqualifies him. Total TV match there with a crap finish. Ambrose leaves with the belt that he failed to win.
Rating: **

~MATCH #6~
WWE United States Champion Rusev (w/ Lana) defeats John Cena by referee stoppage at 18:42 to retain the title. Rusev has been the Champion since 11.3.14, and this is his fifth defense. The Champion absolutely dominates in the early going, countering everything Cena tries and cutting off all comeback attempts. Cena gets the occasional burst of energy, but he can’t put together any sustained offense. This goes on for pretty much the duration of the match, with Rusev looking very strong. We can’t have him look too strong though, so when he locks in The Accolade Cena starts to power up. Lana gets up to distract the referee and Rusev kicks Cena right in the sack. Rusev delivers a superkick to the face and then reapplies The Accolade and Cena passes out. I liked a lot of that match, and it made Rusev look good for the most part. The finish was a little lazy, but I can’t fault the wrestlers for that.
Rating: ***¼

~MATCH #7~
Roman Reigns defeats Daniel Bryan at 20:10 to earn a WWE Championship match against Brock Lesnar at WrestleMania 31. They start off slowly, since they’ve been teaming together in recent weeks, they’ve gotten to know each other in the ring well. Reigns uses his power to take the first advantage, and he targets Bryan’s back. Bryan counters back in the ring by going after Reigns’ legs. Reigns tries an early Superman Punch but Bryan counters it with a kick to the midsection, which is awesome because it looks cool and because Reigns had hernia surgery a few months ago. Bryan works an amazing match here, using some of his ROH staples like the belly-to-back superplex, and the world’s greatest small package. He also uses his WWE signature moves, the Knee-Plus and the Yes Lock, but nothing can put Reigns away. When Bryan goes for a second Knee-Plus, Reigns counters with a devastating Spear to get the pin. Bryan did everything he could to make Reigns look great here and he succeeded as well as anyone could’ve. I like Reigns, but this was probably at the height of the Reigns backlash, so it was an uphill climb to put him over Bryan. They work well together, and this was a good main event and a good test for Reigns. Bryan of course did everything he could to help get Reigns over.
Rating: ***¾

JZ Says
Nothing on the show is truly terrible (though the Rhodes’ brothers match, and the IC title match were close), but nothing is worth going out of your way to see unless you need to see Bryan’s last main event (for a while). It’s a fine placeholder show on the road to WrestleMania but nothing more.