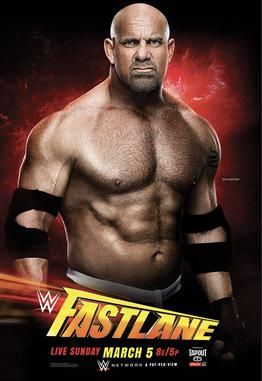 ~MATCH #1~
Samoa Joe defeats Sami Zayn at 9:45. Zayn has plenty of fight in him, but Joe dominates the opening minutes. Eventually, Zayn fights back with a massive clothesline and a Blue Thunder Bomb for two. Zayn continues to fight but Joe is simply too much for him tonight. Joe catches Zayn in the Coquina Clutch and chokes him out. What a great showcase for Joe, and Zayn was the perfect opponent to do this with. Joe got to look dominant and Zayn is always an underdog anyway so he doesn’t lose anything by getting essentially destroyed here. Good smart match.
Rating: ***½

~MATCH #2~
RAW Tag Team Champions The Club (Karl Anderson & Luke Gallows) defeat Big Cass & Enzo Amore at 8:40 to retain the titles. Anderson and Gallows have been the Champs since 1.29.17, and this is their second defense. Enzo and Cass were all gimmick, but man were they over. They work the tag team formula here, with Enzo playing Ricky Morton. That goes on for a bit until Cass gets the hot tag and the crowd is juiced for him. Enzo and Cass get Anderson in position to hit Boom Shaka Laka but Gallows breaks up the pin. Anderson comes back with a weak little boot to Enzo’s face and then covers him, and Gallows pushes Enzo’s foot off the bottom rope, so the referee counts three. Not terrible, but nothing much to see either.
Rating: **

~MATCH #3~
Sasha Banks beat Nia Jax at 8:15. This starts off as expected with Jax using her size and strength, while Banks counters with speed and guile. They go back and forth, keeping it pretty basic to not expose Jax’s greenness. Banks eventually locks on the Bank Statement but Jax powers out. Moments later, Banks slips out of a Samoan Drop into an O’Connor Roll with a bridge to get the pin. Perfectly solid power vs speed match here, with a believable finish.
Rating: **½

~MATCH #4~
Cesaro (w/ Sheamus) defeats Jinder Mahal (w/ Lana and Rusev) at 8:20. Thank goodness this was added during the preshow, as Rusev and Mahal used to be a tag team but now want singles action, so Mick Foley decided to place them both in singles matches. Rusev and Mahal brawl before The crowd cares about this match as much as you’d expect them to care about a heel v heel match with nothing on the line added to the card at the last minute. The talent gap between these two wrestlers is vast and obvious. Thankfully, Cesaro hits a Pop-Up European Uppercut to get the win. I love Cesaro and I feel bad that this was the best they could do with him.
Rating: *½

~MATCH #5~
Big Show defeats Rusev (w/ Lana) at 8:45. Rusev beats up Mahal and then some familiar music plays, signifying Rusev’s opponent for the night. Show mostly dominates in the early going, but Rusev perseveres and goes after the leg. Show grows tried of this and flattens Rusev with a Chokeslam. Then he hits another one. Show hits a third Chokeslam, and then sits Rusev up in the corner for a devastating KO Punch. That’s more than enough to get the pin. It’s a good thing Rusev Day wasn’t a holiday at this time, or that would’ve been an even bigger burial.
Rating: *¼

~MATCH #6~
WWE Cruiserweight Champion Neville defeats Jack Gallagher at 12:10 to retain the title. Neville has been the Champion since 1.29.17, and this is his first defense. I miss Neville so much. They wrestle back and forth to start, and when Gallagher gets the better of it Neville takes a break on the floor. That prove wise strategy, as Neville quickly takes over the match. Gallagher fights back and actually hits a suicide dive! You don’t see that every day. Momentum shifts back and forth, with Neville hitting a gnarly release German Suplex and a Phoenix Splash from the second rope, but neither is enough to get the win. Gallagher responds with two vicious headbutts but Neville kicks out. They take the fight up to the top rope, where Gallagher delivers a third wicked headbutt. Neville is able to knock Gallagher bac to the canvas, and he follows him down with the Red Arrow to get the pin. Good back and forth match showing off two unique styles. Neville as a high-flying heel and Gallagher as a ground-based babyface is a tough dynamic, but they did it well.
Rating: ***½

~MATCH #7~
Roman Reigns defeats Braun Strowman at 17:20. This is a rare scenario where Reigns is outmatched in terms of strength, so he has to rely on his quickness and technique more than usual. Despite Reigns’ best efforts, Strowman uses his size and unbelievable power to keep the Juggernaut Big Dog grounded. You can’t Superman Punch anyone on the canvas, is a phrase that I wish Gorilla Monsoon were alive to say. Every time Reigns tries to fight up he gets cut right back down by the Monster Among Men. The fight spills to the floor, where Reigns hits the Drive-by. Reigns goes for a Spear, but Strowman catches him and powerslams him through an announce table! Back in the ring Reigns hits a desperation Spear but Strowman kicks out! After avoiding a Superman Punch, Strowman goes up top and misses a diving headbutt! Reigns hits one more Spear and that one gets the pin. That was a terrific match with a cool Sting/Vader vibe. I know people dog on Reigns, but he steps up on pay-per-views every time.
Rating: ***¾

~MATCH #8~
RAW Women’s Champion Bayley defeats Charlotte Flair at 16:55 to retain the title. Bayley has been the Champion since 2.13.17, and this is her first defense. Charlotte is 16-0 in singles matches on PPV, and 15-0 in title matches, so Bayley has an uphill battle in front of her. The Champ is the aggressor early on, which makes sense given the dynamic between these two rivals. Charlotte fights back and slows the pace, keeping Bayley grounded and working her over with a variety of offense. The pendulum swings back and forth, with both women hitting several of their favorite moves, such as a top-rope moonsault from Charlotte and Hail to the King from Bayley. Late in the match, while the fight is on the floor, Sasha Banks runs out to distract Charlotte. That allows Bayley to hit the Bayley-to-Belly on the floor. Back in the ring, Charlotte gets a quick inside cradle but has a handful of tights. Banks points this out to the referee, and Bayley hits another Bayley-to-Belly to get the pin and retain the title. This was a good (not great) match leading up to the finish, which did not neat Banks’ involvement at all. It makes Bayley look weak and takes the focus off the fact that Charlotte’s streak is over. Very puzzling booking here.
Rating: **¾

~MATCH #9~
Goldberg defeats Universal Champion Kevin Owens to win the title at 0:22. Owens has been the Champion since 8.29.16, and this is his seventh defense. The Champ bails before the bell can even ring, making his challenger wait for him. Owens finally gets in the ring and gets distracted by the music of Chris Jericho right as the bell rings. Goldberg hits a Spear and a Jackhammer to get the pin and win the title. Big pop from the crowd for that.
Rating: DUD

A2Z Analysiz
The main event is nothing, but if you’re really into Goldberg it’s a fun moment, I guess. Even with that as a main event, the show has enough good stuff in the undercard to earn a mild recommendation. But man, that Jinder Mahal / Rusev death slot ate up about half an hour right in the middle of the show. If they had just gotten rid of that, or if Bayley v Charlotte had delivered more, this could’ve been an even better show.