WWE Fastlane 2019 is the final PPV before Wrestlemania 35! Here is the Pulse Wrestling crew’s full preview with predictions. 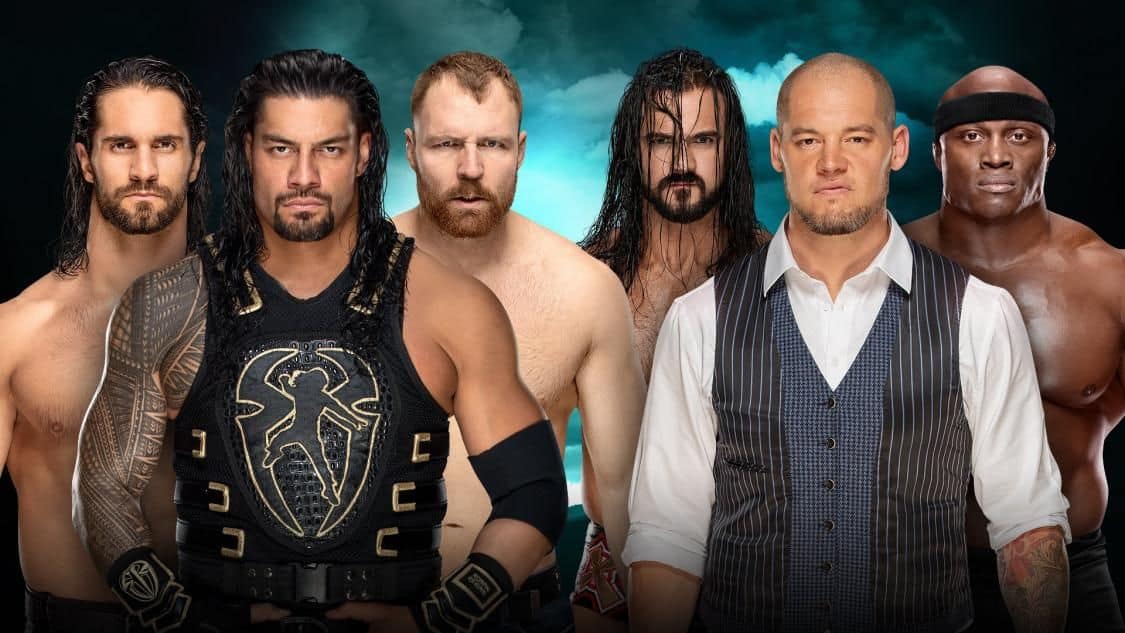 The Shield (Dean Ambrose, Roman Reigns, and Seth Rollins) vs. Baron Corbin, Drew McIntyre, and Bobby Lashley
Spain: Roman Reigns just beat cancer, so the idea of him jobbing to Corbin or Lashley is an odd one. Rollins has business at WrestleMania, so I see this being a feel-good moment for the Shield before Ambrose departs.
Winners: The Shield

JZ Says – No way The Shield loses their comeback, and perhaps last match ever (at least for a while).
Winner: The Shield 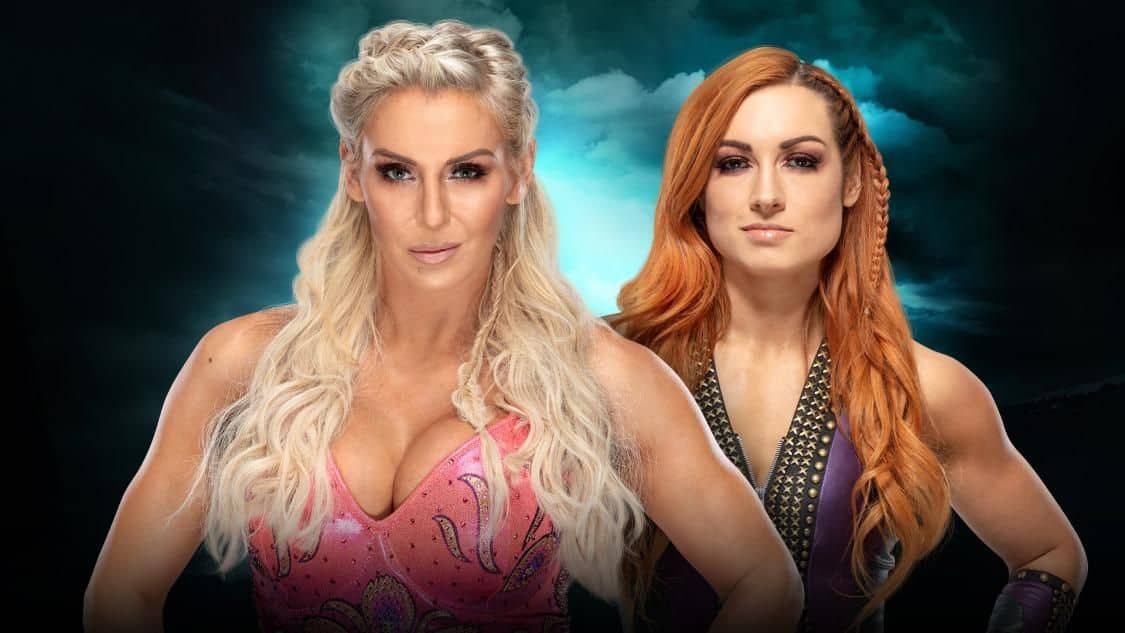 Charlotte Flair vs. Becky Lynch
If Lynch wins, she will be added back into the WWE Raw Women’s Championship match at WrestleMania 35

Spain: It seems so obvious that Becky has to win that it almost seems likely that Charlotte will pull a fast one out of nowhere, but let’s not get crazy. Maybe Ronda will be around to add some tension, but the only way forward is a Lynch victory.

JZ Says – Time to add Beckiy to the main event and start building to the three-way they’ve wanted since at least Survivor Series.
Winner: Becky Lynch 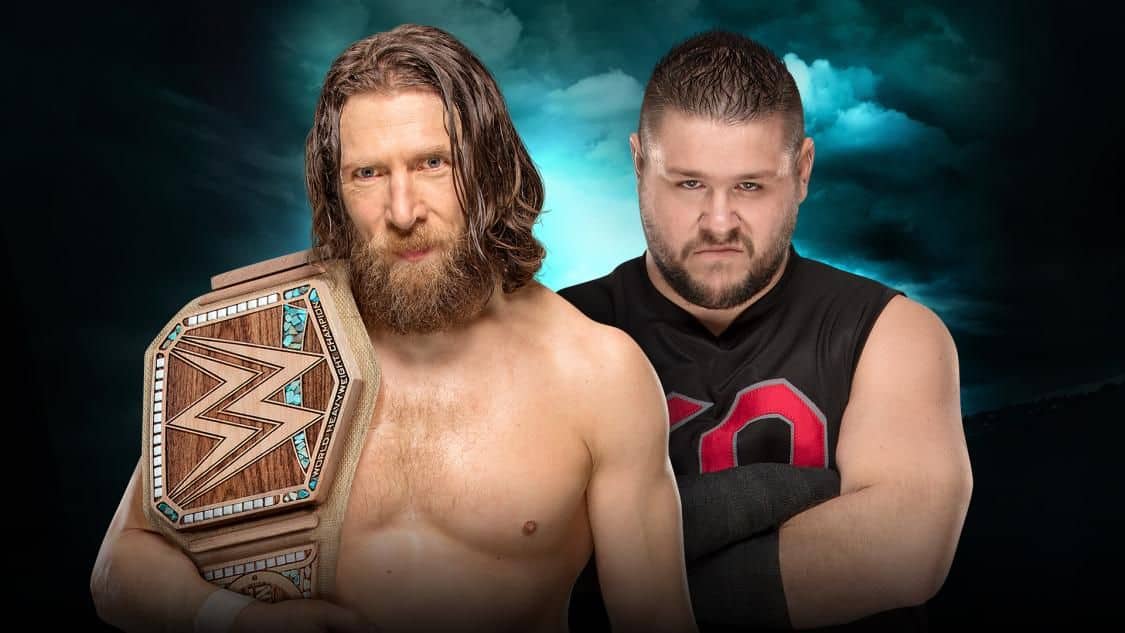 Spain: I’m definitely up for a title match with Kevin Owens as a face, but otherwise I’m looking forward to this in the hopes of the New Day running in and wrecking everyone’s shit. There’s no time for Owens to build a meaningful feud with anyone in time for WrestleMania. 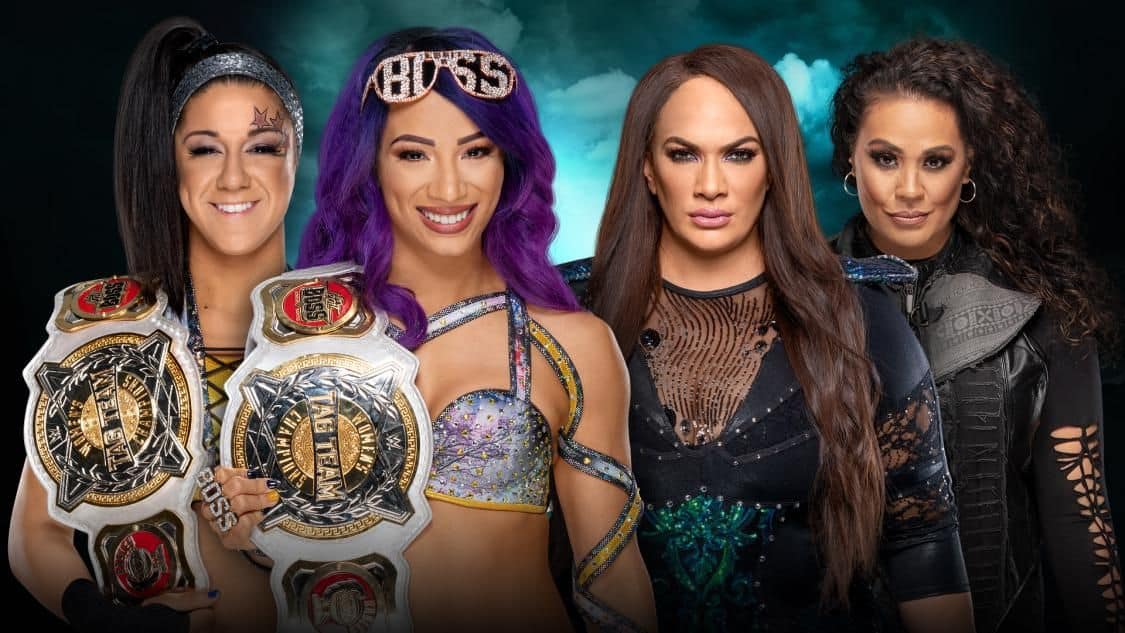 Spain: It seems tremendously unlikely that the belts would be put on Bayley and Banks just to hand them over to an inferior team. Jax and Tamina are just there to eat the loss and build the Boss ‘n’ Hug Connection up to a real challenge at WrestleMania.

JZ Says – Bayley and Sasha Banks are the best choice for Champions, and having them holding the gold going into Mania is the right choice.
Winners: The Boss ‘n’ Hug Connection 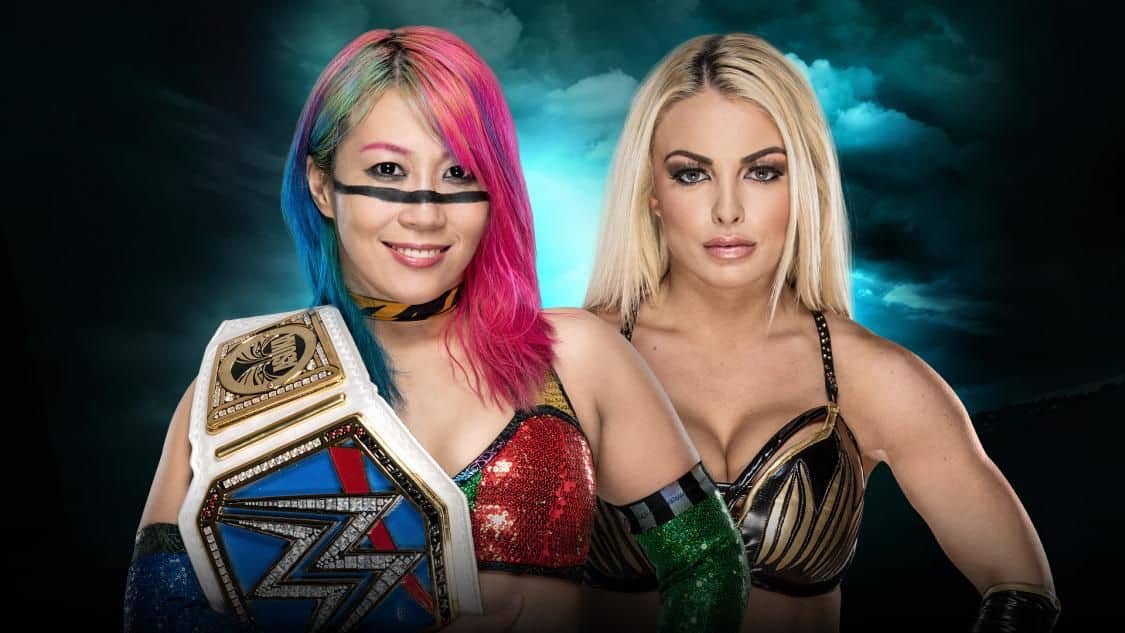 Spain: There’s probably a world in which Mandy Rose beats Asuka for the Championship. Please, God, don’t let it be this one.

JZ Says – Mandy has stepped up her game but she’s not even close to Asuka’s level.
Winner: Asuka 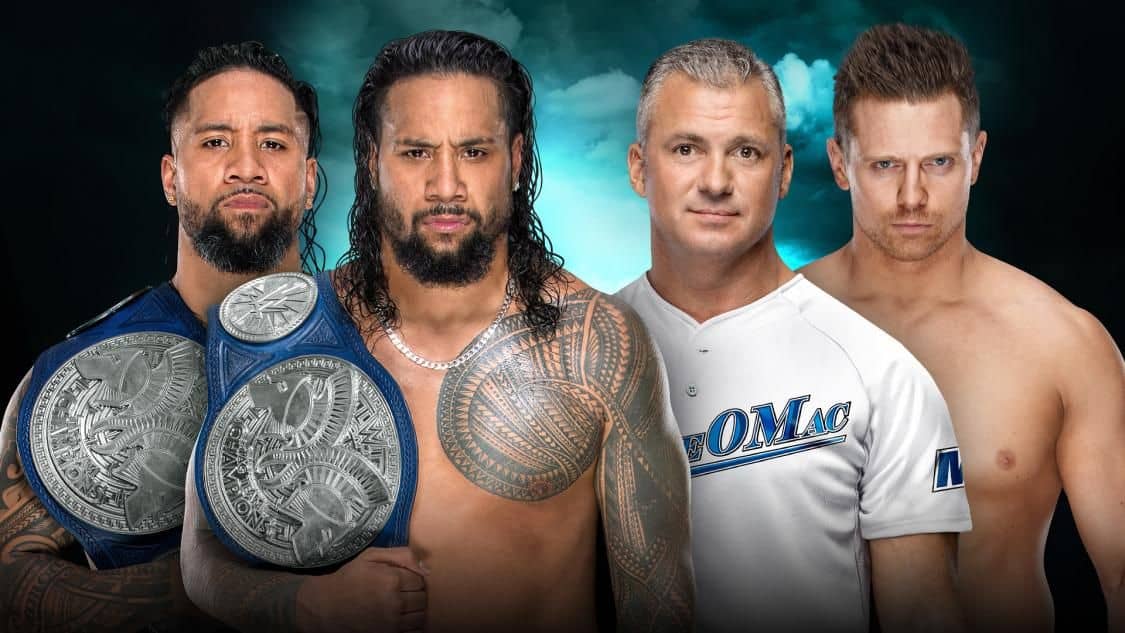 The Usos (Jey and Jimmy Uso) (c) vs. The Miz and Shane McMahon

Spain: I have vocally hated every second of this feud, but it’ll be worth it to see Miz once more take on the role of insufferable heel for what should be a pretty good match against McMahon. The Usos keep the Championships and defend them against either the Hardys (boo) or a team of recent NXT arrivals (yay) at the Granddaddy of Them All.

JZ Says – I hear the Usos are going to face the Hardys at WrestleMania. That sounds good to me.
Winners: The Usos 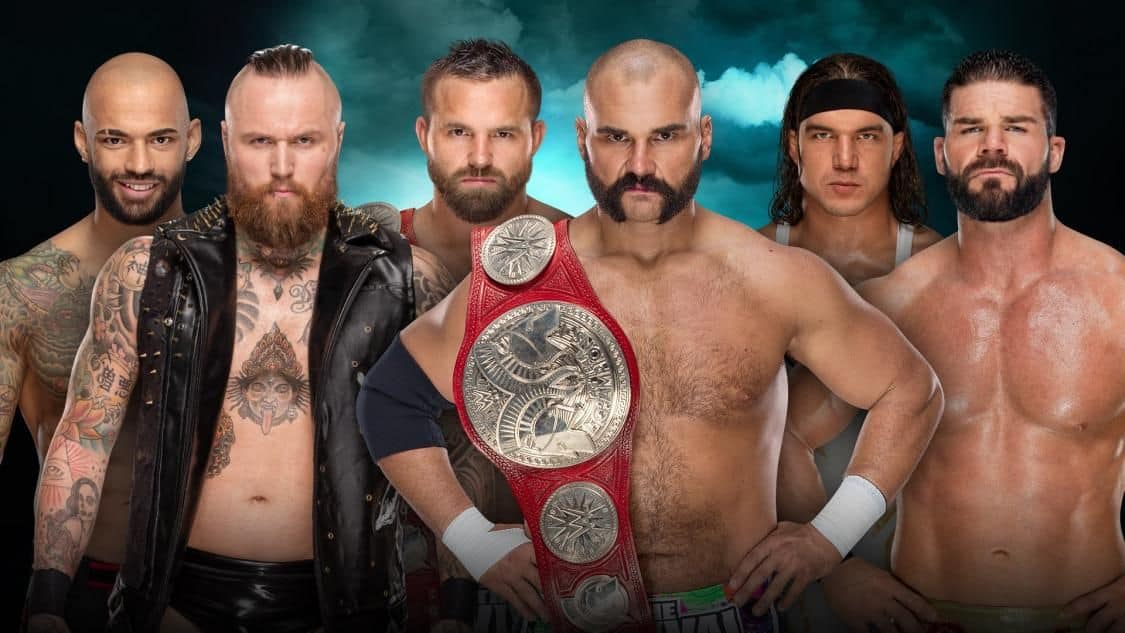 The Revival (Dash Wilder and Scott Dawson) (c) vs. Aleister Black and Ricochet vs. Chad Gable and Bobby Roode

Spain: This one seems relatively clear: the Revival desperately needs to regain some respect; Gable and Roode taking back the belts would be a step back; it’s far too early for Black and Ricochet to win. As long as Wilder and Dawson can retain in a good quality bout, this match will have fulfilled all that’s required of it.

JZ Says – The Revival need to hang on to the titles here and start building toward whatever the plan is for WrestleMania. I don’t see Ricochet & Black winning the titles while competing in the Dusty Rhodes Tag Team Classic down in NXT.
Winners: The Revival 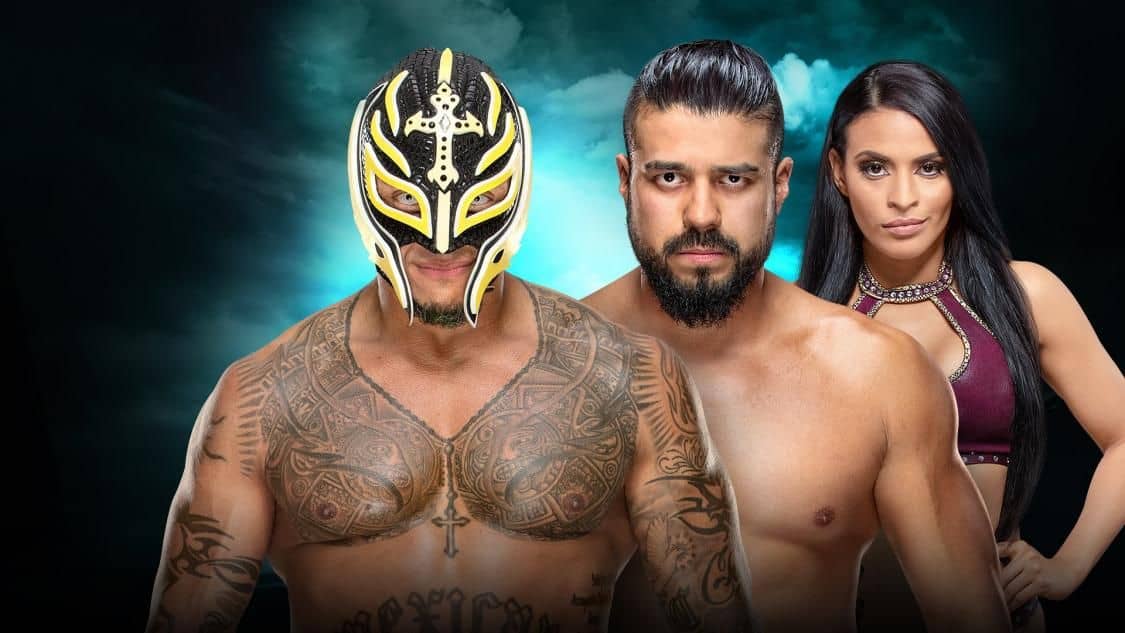 Spain: Mysterio’s eaten a few losses recently, including to Andrade. I expect this to end in a blow-off match at WrestleMania where, somehow, they’ll top all their good work; it certainly doesn’t seem like this feud is destined to end on the Fastlane preshow.

JZ Says – This is a pick ’em.
Winner: Andrade 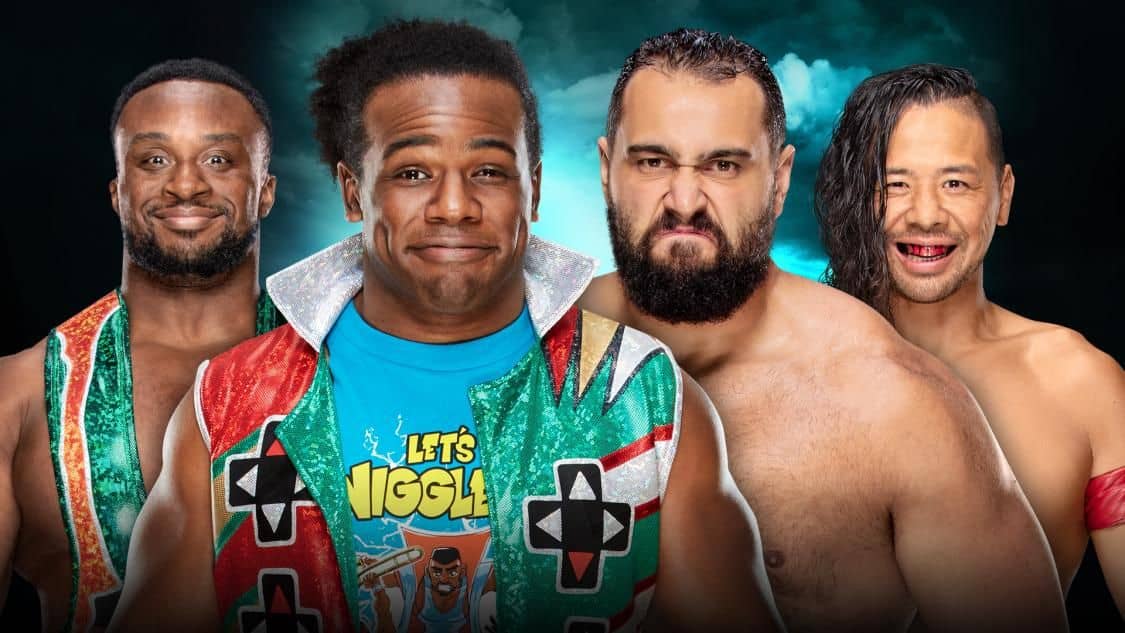 Big E & Xavier Woods vs Rusev & Shinsuke Nakamura
Spain: It seems very likely that Kofi will have an impact at Fastlane, so it makes sense for the other New Day members to look good as they’ll be supporting Kingston for his WrestleMania run. An Usos/New Day title match also wouldn’t look out of place at WrestleMania either, especially not with Kofi going for the WWE title, so looking strong here benefits Big E and Woods a great deal.
Winners: Big E and Xavier Woods.
JZ Says – Rusev & Nakamura can’t beat anyone.
Winners: Big E & Xavier Woods