His son Rick Brown wrote, “So sorry to post the very sad news of my father’s passing tonight. He died peacefully and was surrounded by his family and loved so much by us and so many others.”

A longtime character actor on TV, his first role in daytime dramas occurred in 1963 when he joined General Hospital to play Edward L. Quartermaine the 3rd. After stints on classic shows like Lassie, Columbo, Mod Squad, Love, American Style and Adam-12, Allan joined Days of Our Lives in 1977 to play Don Craig. He stayed on the NBC sudser until 1985 before joining Santa Barbara a year later to play C.C. Capwell. He remained there until 1993.

In 1994, he went primetime to play Ian Ziering’s dad, Rush, on Fox’s Beverly Hills, 90210 for five years. Allan also had a brief career in game show hosting: he held the mic for Celebrity Bowling during the ’70s.

Fellow soap star A Martinez wrote on Facebook, “Jed Allen walked on today. Along the way in his fantastic acting career, he played Eden’s father –– CC Capwell –– on Santa Barbara. His gift was a formidable blend of professionalism and inspiration –– a perennial rock in his preparation and a force of nature once the cameras rolled. He was also generous and kind and funny and fierce, and God knows he was beloved by those lucky enough to share a stage with him. I count it one of the great blessings of my career that I got to be one of those, and one of the great blessings of my life that I got to be his friend.”

Allen is survived by three sons. 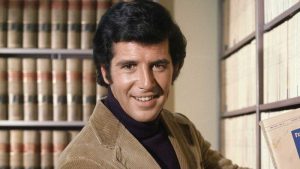 On behalf of the InsidePulse team, I offer our condolences to the family, friends and fans of Jed Allan.