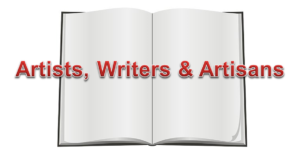 A Comic Book Publisher Creates Its Own Origin Story

American Ronin, about highly trained corporate operatives; Fight Girls, about warriors vying to be queen of the galaxy; and Bad Mother, about a parent searching for her missing daughter: These are some of the stories that are coming from a new comics publisher, Artists, Writers & Artisans, one that is posing the question, what stories could we develop if we begin with a blank slate?

In comic books, there are two main publishing models. One emphasizes flagship characters — like Batman and Spider-Man — whose success largely benefits their companies, DC and Marvel Comics. The other is creator-focused, where hits like The Walking Dead, by Robert Kirkman and published by Image Comics, can mean a financial windfall for its creators. AWA is aiming for something between the two: It will have interconnected superhero comics like DC and Marvel as well as stand-alone series like Image. And all of its creators will have a financial stake.

It’s an approach reminiscent of old Hollywood. “The model here really is the old United Artists model, where people who are actually doing the creative have ownership, control and decision-making power over the work that they’re doing,” said Bill Jemas, a former vice president of Marvel who is the chief executive and publisher of AWA. Joining him at the helm are Axel Alonso, a former editor in chief at Marvel, as chief creative officer and Jonathan F. Miller as chairman. Miller helped broker a deal in 2017 between the comic book writer Mark Millar and Netflix, which bought his library of characters for development on the streaming service. Jemas and Alonso say the first of AWA’s titles will arrive some time this fall.

“What we’re offering creators is an opportunity to bet on themselves without putting it all on the line,” Alonso said, during a recent conference-call interview with Jemas. Their stable of writers and artists includes both veterans and newcomers, Alonso said. They would be paid to produce the work as well as own their stories and characters, a percentage of the company or both.

Besides AWA — whose team also includes Frank Cho, the writers Peter Milligan and Christa Faust and the artist known as ACO — there are other newcomers to the field trying to rupture the mold of comic books publishing. TKO Studios, which announced itself in December, plans to binge-release its mini-series, simultaneously selling collected editions of those stories and offering the first issue of each comic free. AHOY Comics, which began publishing in September, is more old school, but it is trying new things: It includes extra material — prose stories, cartoons, even a crossword — in its issues, and is also publishing Second Coming, a comic book featuring Jesus Christ, in July.

AWA has its own biblical title, Archangel 8, which is written by Michael Moreci and is about one of God’s angels who goes rogue.
To help shape the comics, the publisher has a creative council, which includes the screenwriter and director Reginald Hudlin, the novelists Margaret Stohl and Gregg Hurwitz, the comic book writer Garth Ennis and J. Michael Straczynski, a screenwriter and co-creator of Netflix’s “Sense8.”

Straczynski took a sabbatical from comics about three years ago, but kept busy working on multiple projects: an autobiography, a novel and a screenplay, adapting his Rising Stars comic book series for MGM. “I was open to returning to comics if the project was something challenging, so when Bill and Axel approached me about creating an entirely new, cohesive, shared comic-book universe, the prospect was too much fun to resist,” he wrote in an email. Straczynski has developed the origin point of AWA’s superheroes.

He has worked for comic companies with different publishing models. At DC and Marvel, “you always kind of know where the guard rails are,” he noted, including an obligation to bend, but not break the characters. With creator-owned work, “you can go as far as you want, since only you bear the consequences if you mess it up,” he wrote. Straczynski was drawn to the blended approach of AWA. “You get to create a new universe for what has every opportunity to become a major company, while taking real chances.”

In developing AWA’s superhero universe, Straczynski and Alonso took a broad look at others. Straczynski postulated that DC’s heroes, which generally emerged out of the postwar ’40s, were largely authority figures, while Marvel’s, which mostly emerged from the ’60s, were anti-establishment. “Who are we writing our stories about, and for, and what are we trying to say that’s relevant to a contemporary audience?” he wrote.

AWA has big ambitions and hopes to create a library of material like that of Marvel. “I think it’s fairly safe to say that Marvel is the most valuable entertainment franchise in the world,” Miller said. After the Netflix deal, he wondered if there were similar opportunities. He and Jemas got together, and Alonso soon joined them. “One of the great things about doing things this way is that you get to try a lot. Some things will hit, you never know when and where, but that’s part of the idea,” he said. “As long as you keep getting your turns at bat, then you’ll get some hits.”