Hey guys quick announcement, I’ve decided to retire from the sport formally known as “Mixed Martial Art” today.
I wish all my old colleagues well going forward in competition.
I now join my former partners on this venture, already in retirement.
Proper Pina Coladas on me fellas!

He also announced his retirement in 2016 which lasted 4 months. 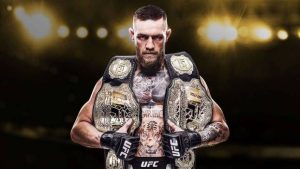 Time will tell if this retirement lasts, but his career is to be saluted.