Welcome to the column where I talk about the most well known faces of the Marvel Cinematic Universe (MCU).

Over the past 10 years, we have been witnessing these characters on our screen, each of whom went through their own trials and tribulations and came out the better for it. They have suffered losses and they have enjoyed their wins. They are the MCU Trinity as some people have gotten used to calling them that.

Now I know this is nothing really new but I wanted to trace their journeys right up to the upcoming movie: AVENGERS ENDGAME.

So, a SPOILERS WARNING here if you don’t want to know about the journey to Avengers: Endgame.

Tony Stark is a billionaire playboy philanthropist and a lot of armor. Almost killed in a cave, became Iron Man, spun out of control, fell in love with Pepper Potts, saved the world, took down Extremis, almost destroyed the world, saved the world, signed up with the government, took down some of the Avengers, recruited and mentored a young Peter Parker / Spider-Man.

Then Infinity War struck and he went to space where he was utterly beaten by Thanos and had to witness the death of half the universe while experiencing up close the death of Spider-man. Now stuck in space with no indication how he will come back.

Tony will definitely come back to Earth. That’s for sure. The Avengers will re-form. They will go after Thanos to avenge the others.

I think this will end with a happy ending for Tony, that’s what we want right? A fitting farewell to the character that kick started the entire MCU. But he is definitely going to have deal with a lot and maybe just maybe he would be the one making the heroic sacrifice to save everyone 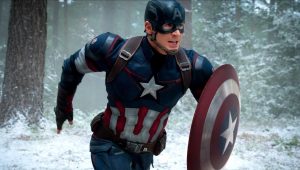 Steve Rogers fought in the war, took down the Red Skull, had a long sleep, woke up in a new world, battled would-be gods and aliens, took down Hydra again, took down Ultron, ran away from the law, found his friend again, sported a beard, sought refuge in Wakanda, became Nomad.

Then in Infinity War, he had to watch Bucky Barnes die right in front of him as his mind will surely believe that it was his fault that everyone died and that they couldn’t stop the mad titan.

Cap is the one who is the most likely to make the ultimate sacrifice, his would be the one that would feel like the completion of a journey and the one who effectively restored the world. With time travel involved, I won’t be surprised if he ends up back in the past and lives a full life with Peggy Carter / Agent Carter or even gets together with Sharon Carter leaving the hero life behind. 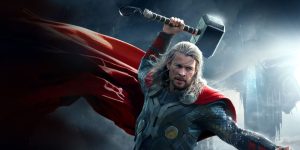 Just when his story seemed to be completed, Thanos came into his life and effectively wrecked it as he destroyed half of the Asgardians and killed Loki in front of him. His journey of self discovery led him to take down Thanos, but ultimately couldn’t stop it. Thor will be the one who will be having the most amount of guilt in this battle, and he didn’t go for the head.

Now I don’t really think his story is over in this movie. Thor deserves a much more fitting ending than I believe this movie could give him. He needs to rebuild Asgard and have the chance to forge his own ending.

The latest special look confirms that we will have at least one battle of these three teaming up against Thanos. The honor of defeating Thanos should ultimately belong to one of these three. I think it should be Thor; he lost much more than the others ever did.

Nevertheless, this team up should be nostalgic and marks the last time these three will be teaming up together in the MCU, definitely going to be a movie to remember. 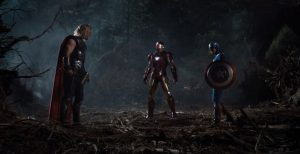