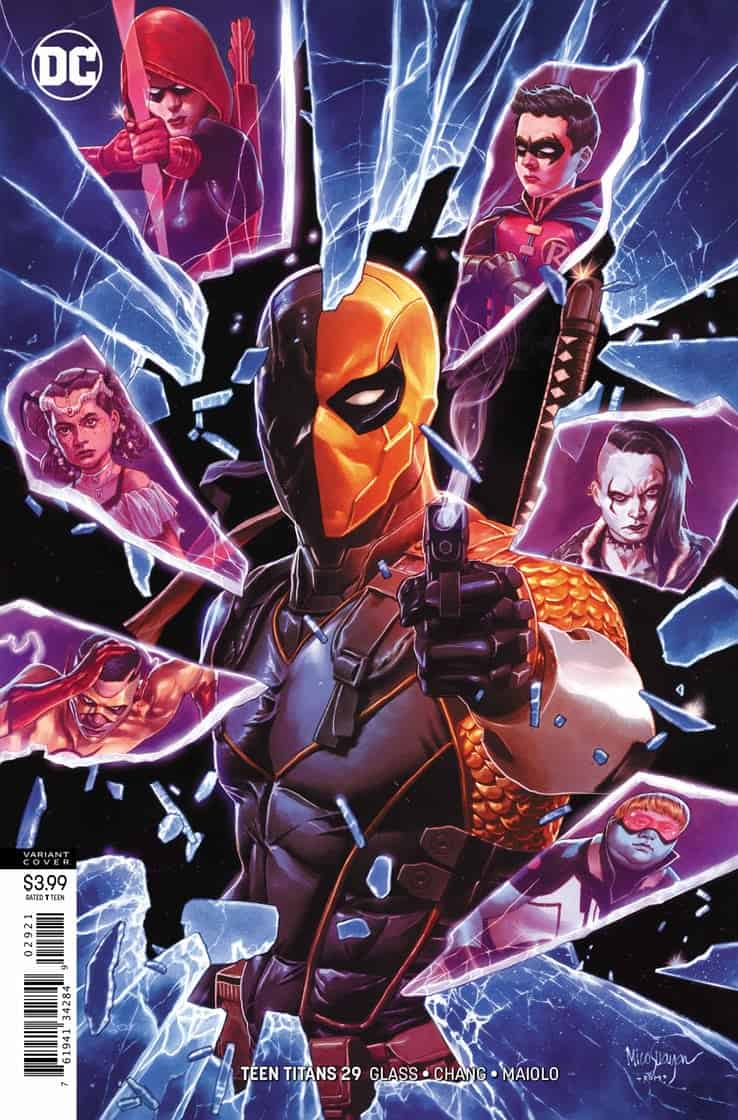 Wally West Kid Flash stumbled on Robin’s prison for super-villains in the basement of the Teen Titans lair.

He also learns that Emiko Queen Red Arrow also knew about this; Kid Flash is conflicted because he wants the prisoners to get a chance at rehabilitation, but when it comes to Deathstroke he is conflicted…

…as is Damian Wayne Robin who has Slade Wilson on the brain when sparring with Red Arrow.

Later, Red Arrow sneaks into the prison and we see the many inmates in it…

…as she goes to confront Slade Wilson Deathstroke.

He tries to play mind games with her, but it doesn’t work; she is not like her mom Shado allegedly.

…who in turn confront their jailer!

Terminus Agenda has two (2) issues left per the checklist. 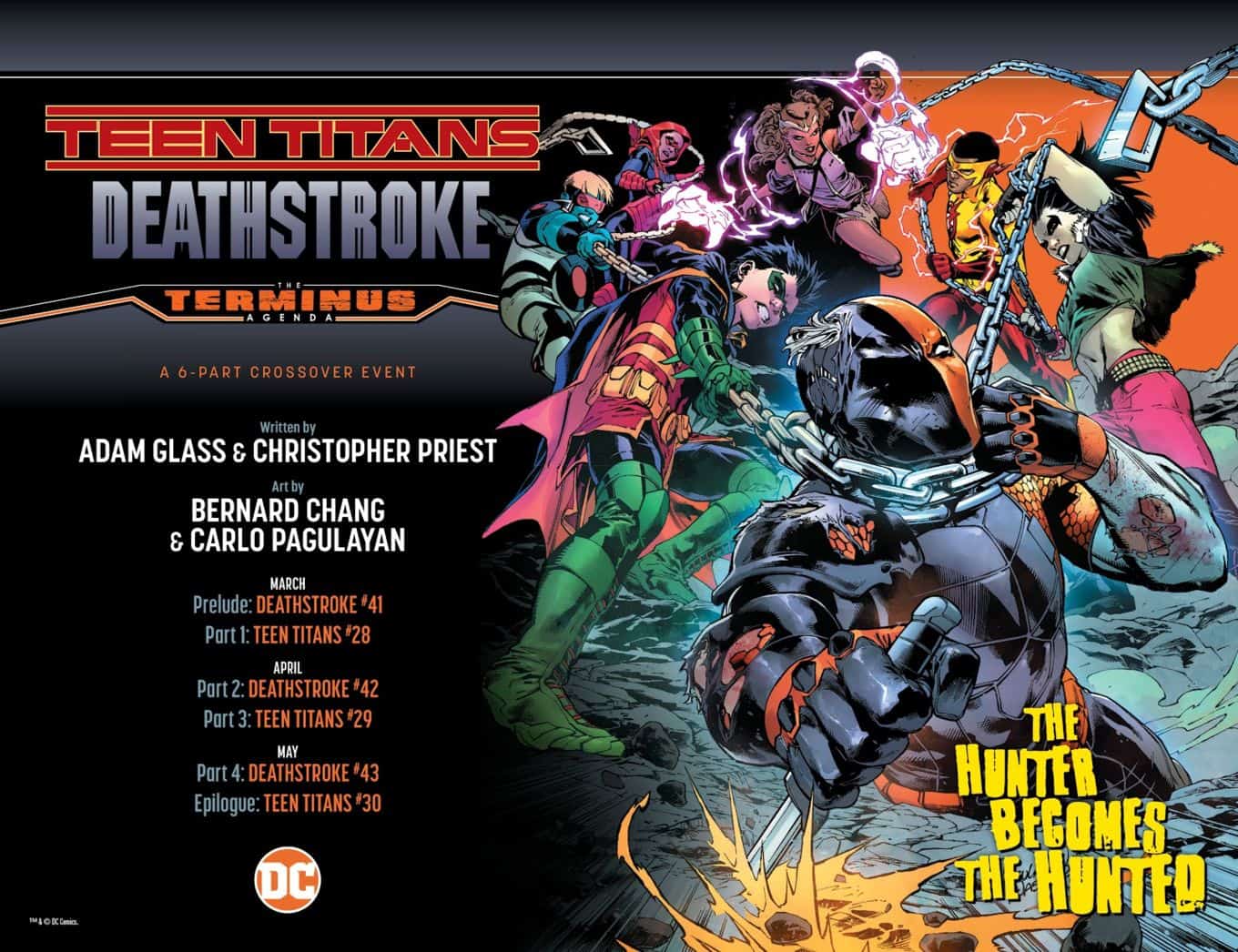 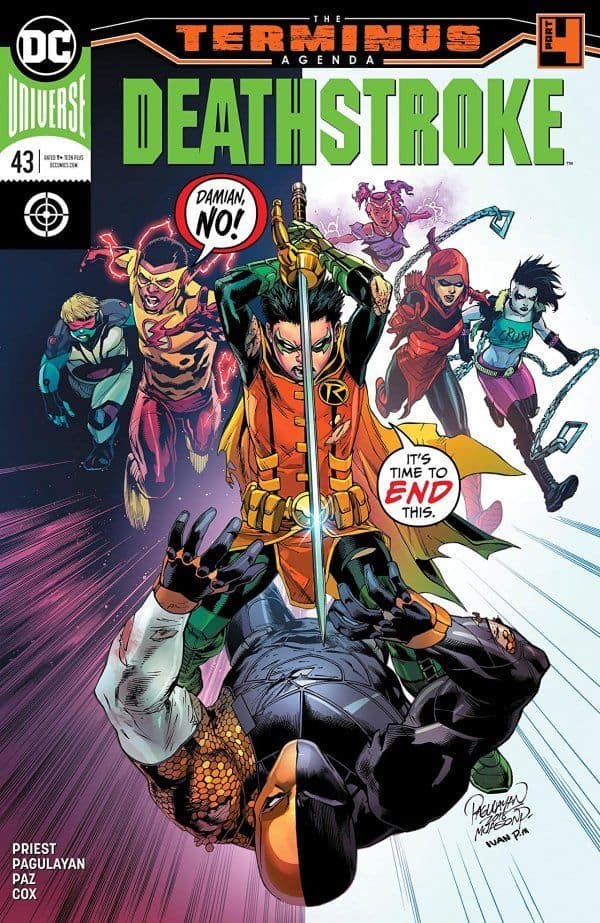