First Look At Lex Luthor and Legion Of Doom Plan For Justice League and Beyond!

What follows Chapter 1 is a pretty intense Event Leviathan related story for Chapter 2 (full spoilers here) with an interesting view on who Leviathan might be. 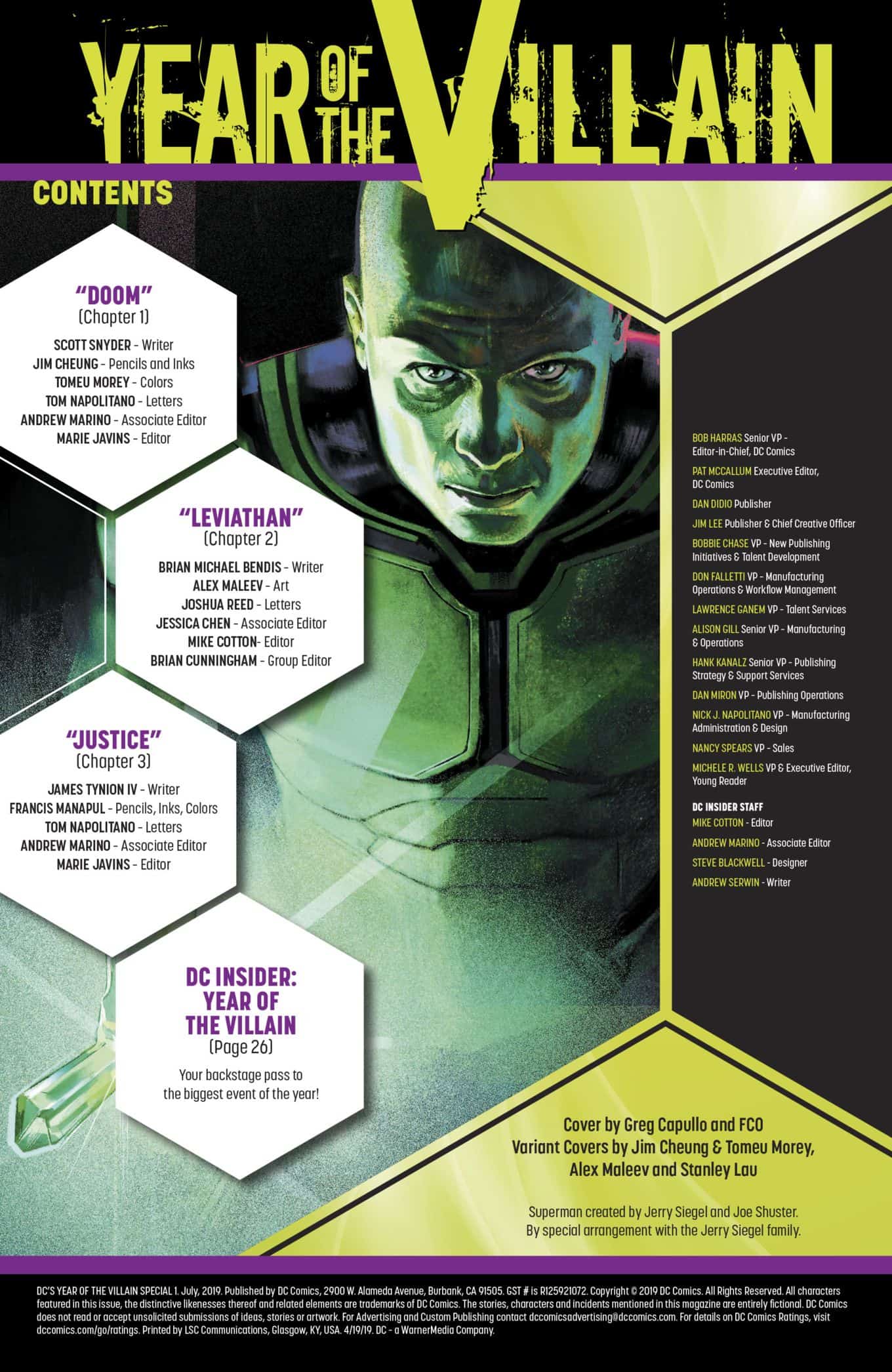 Concerning Chapter 1, interestingly, DC revealed the first six of this seven page story prior to the issue dropping. 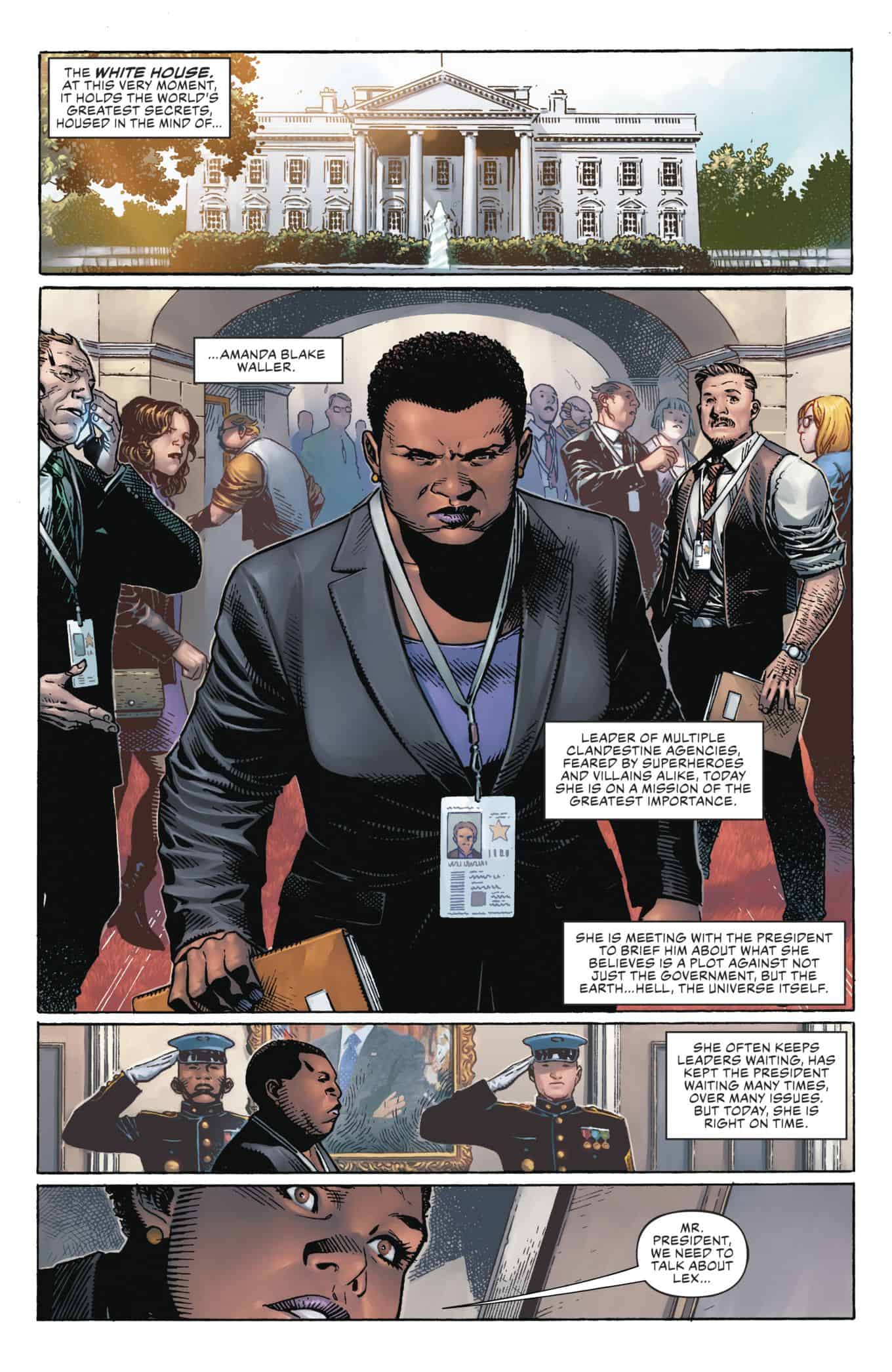 Lex Luthor and the Legion of Doom have attacked the White House and Pthe resident as well as Amanda Waller head of the Suicide Squad. 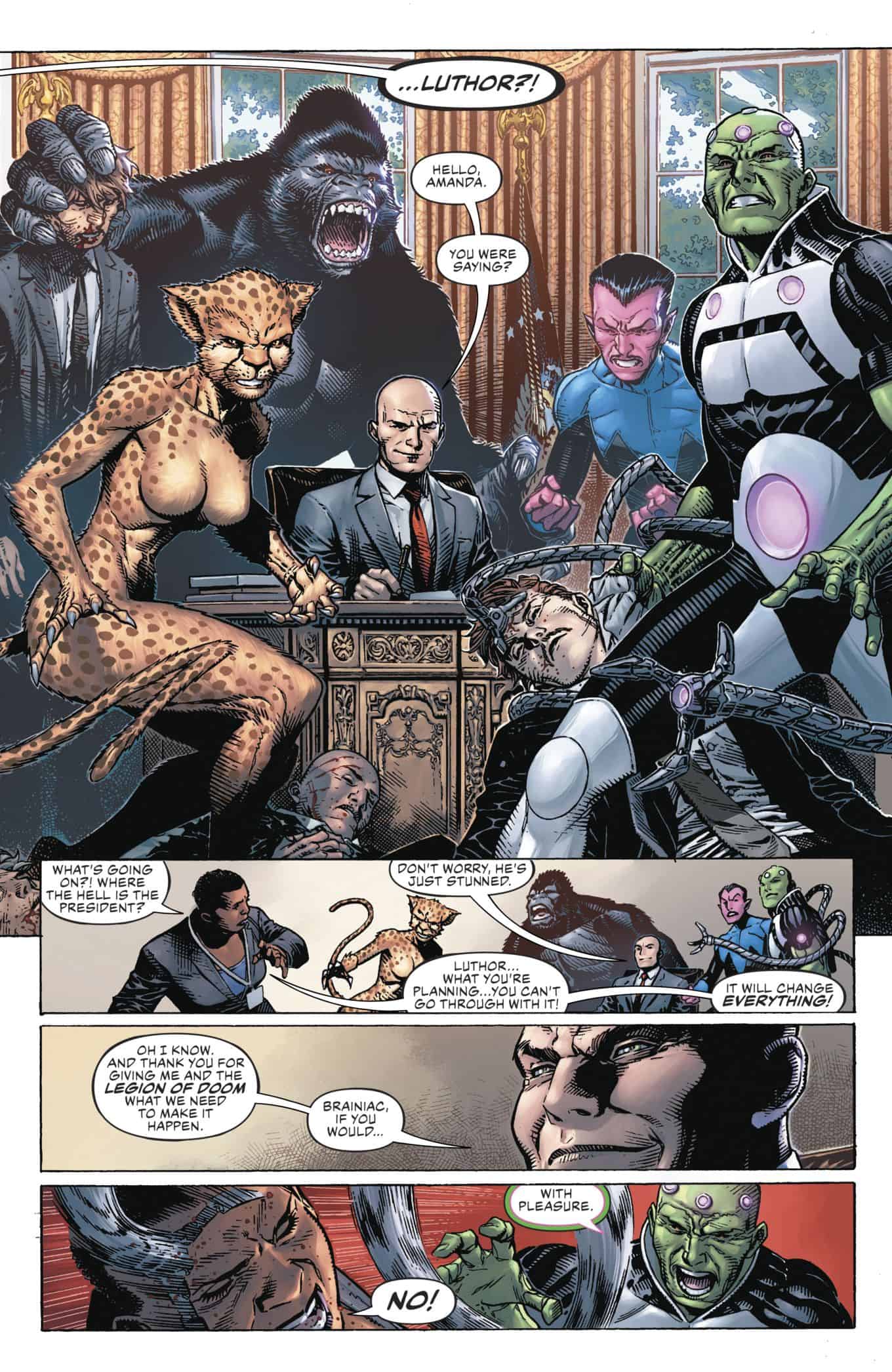 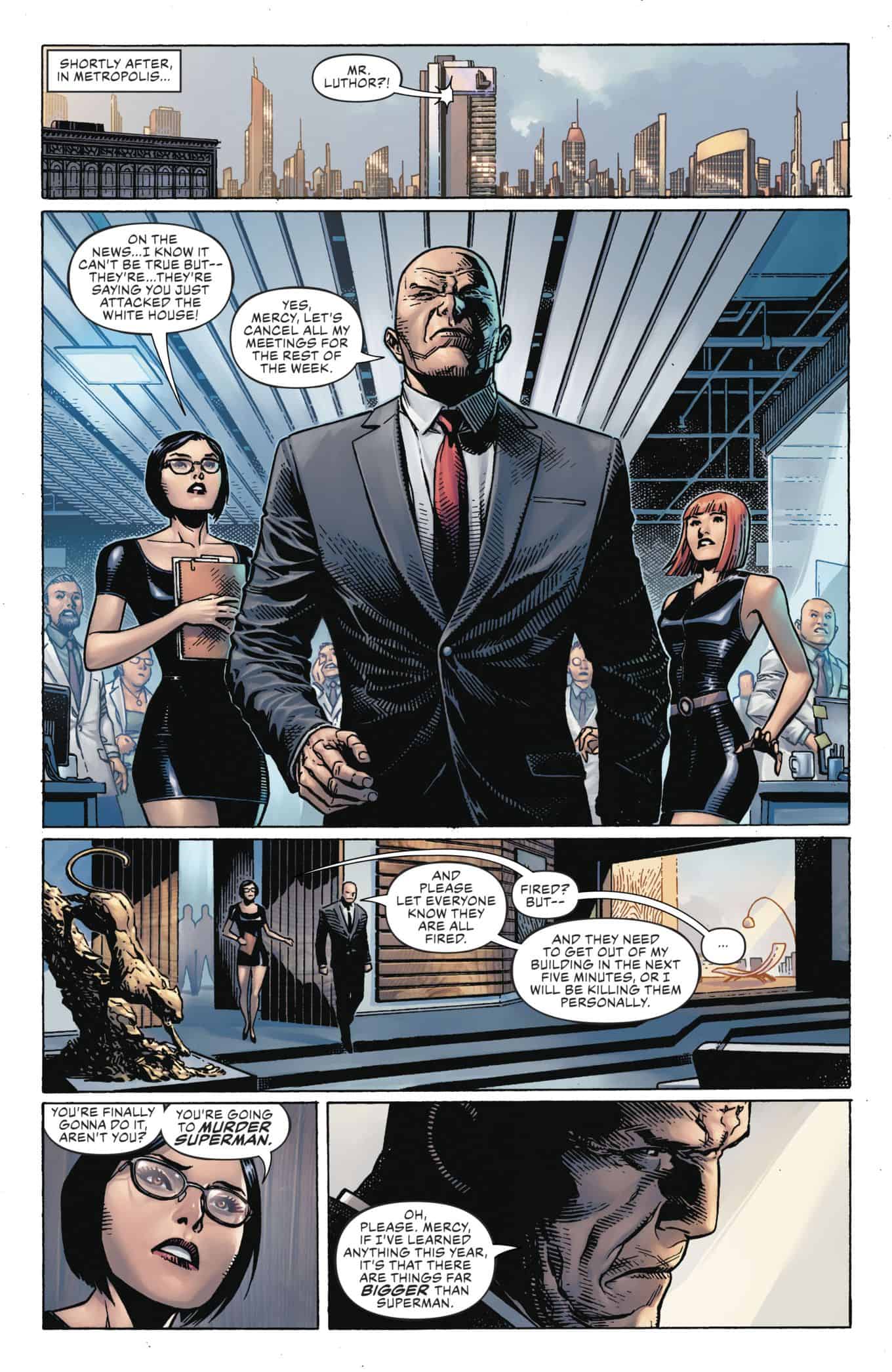 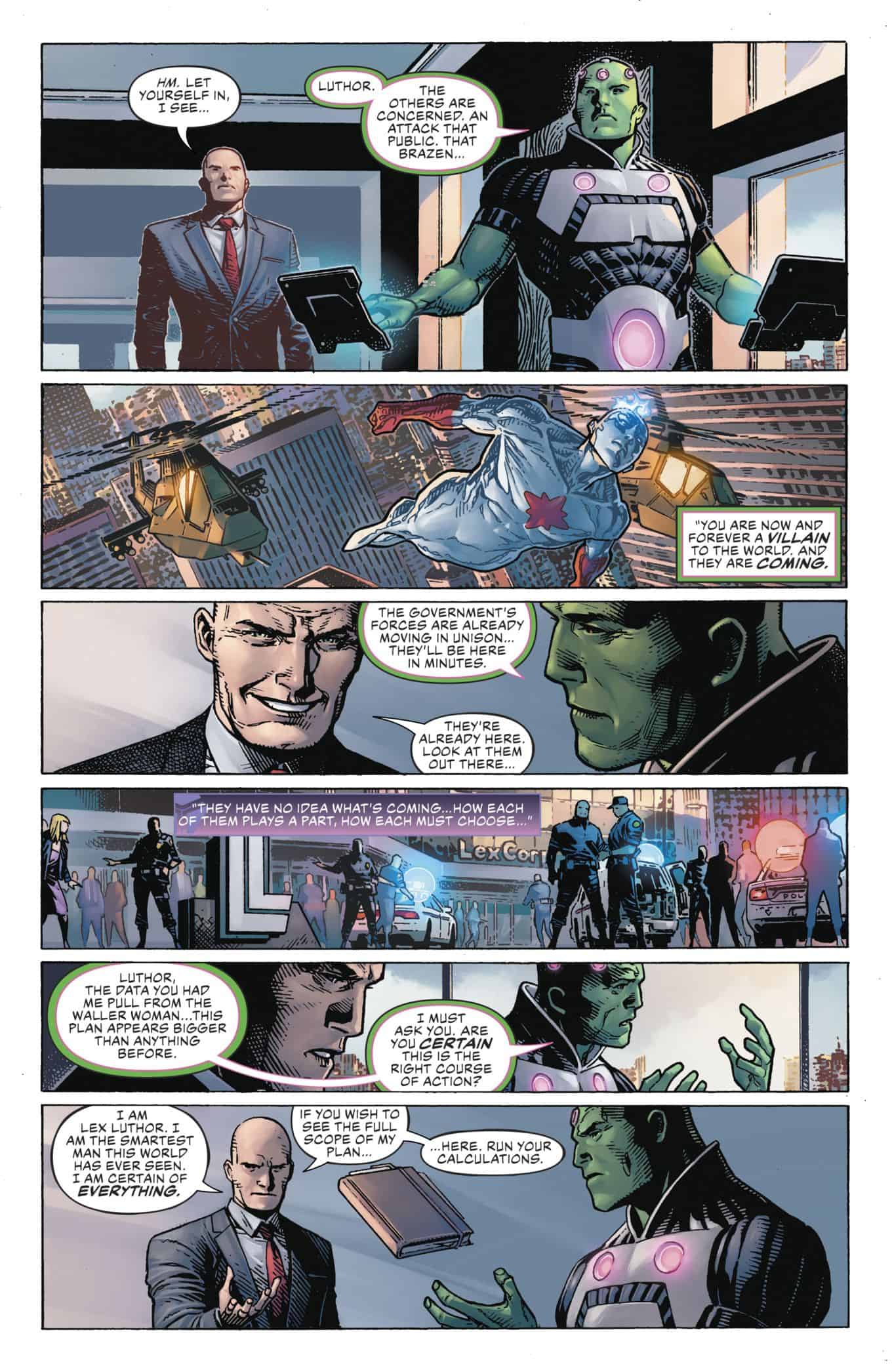 …about his plan that even Bane’s plans for Gotham City complement! 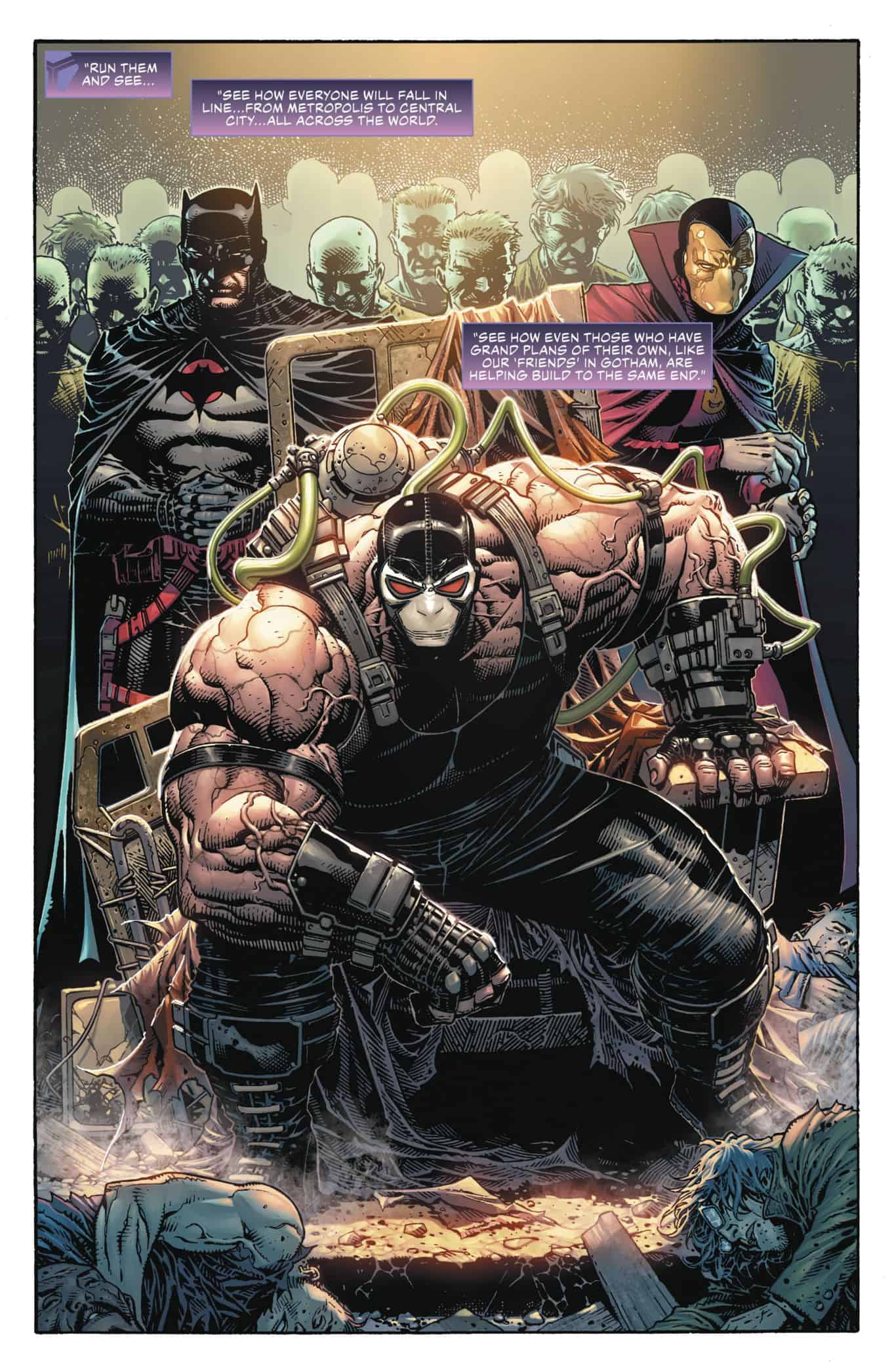 It’s a plan that, seemingly uncharacteristically, has Brainiac believe in a god? 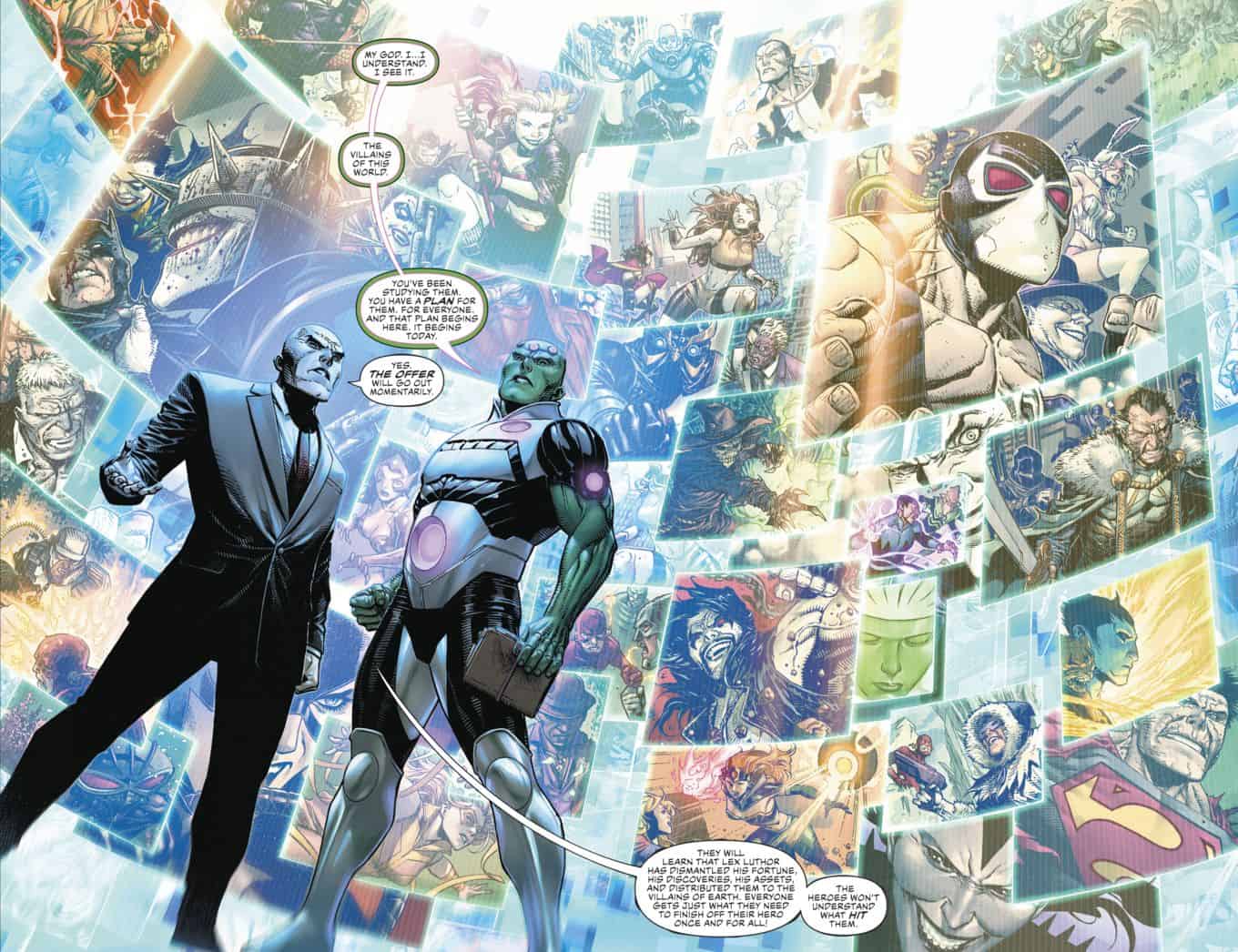 Brainiac leaves as the government’s super-hero and military forces, led by Captain Atom, attack and the first of Lex Luthor’s plan is to… 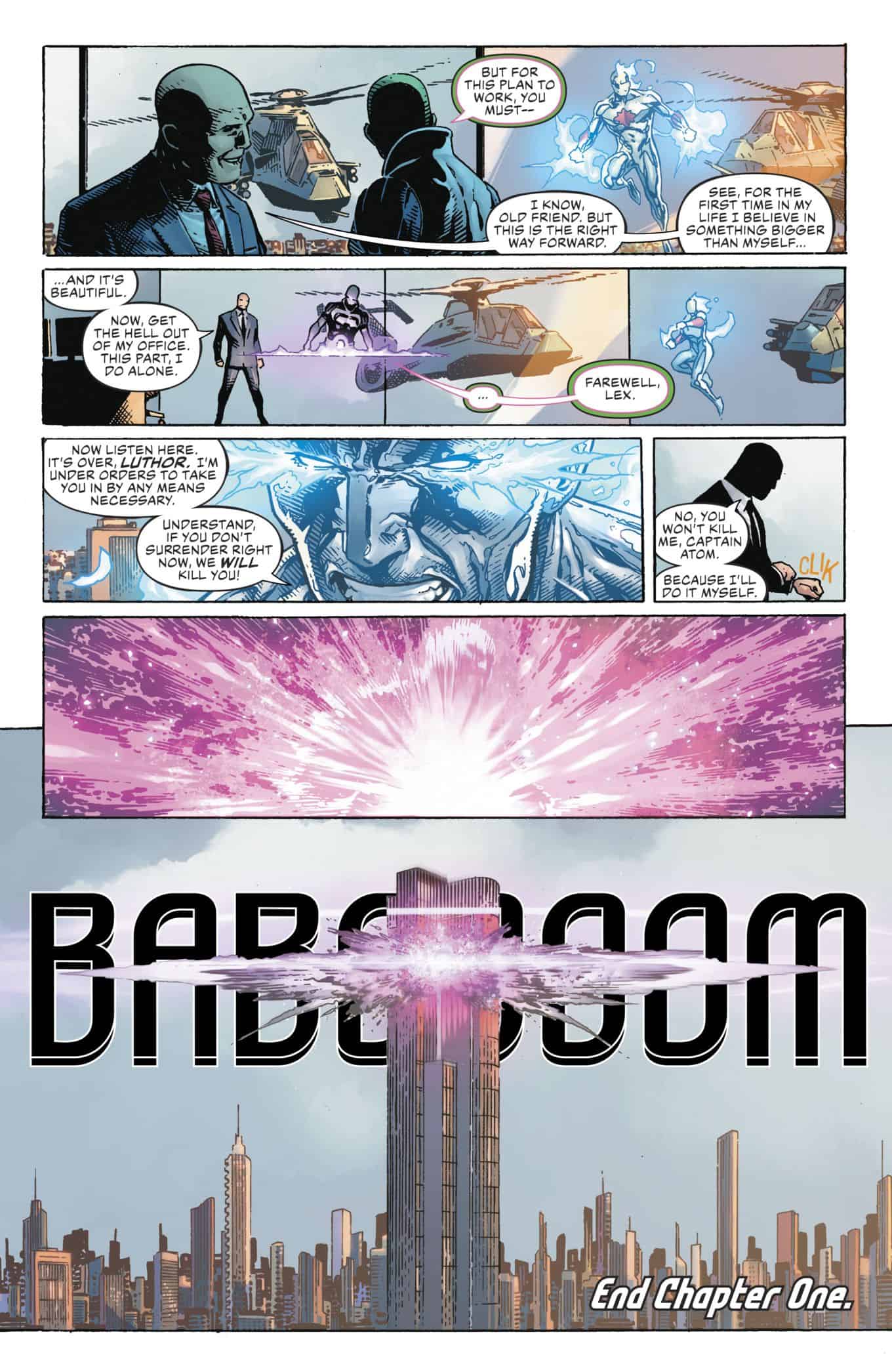