Welcome to The Column where I talk about the devil returning to our screens, That’s right. Lucifer Season 4 is coming soon

Now Let me tell ya, Lucifer was a show that never really was on my radar and I couldn’t care less when it got cancelled. Then I saw the overwhelming fan support and then it actually got itself up from the dead and I was intrigued, Could a show have that much good that so many people rally behind it and actually make it work?

Season 4 arrives on May 8 in Netflix. The trailer was quite exceptional and it made me extremely excited for the series. The tone of the series seems to be the same but it also seems to have somehow got better. The higher budget seems extremely clear and it seems to be much more story oriented this time around.

On this occasion, I wanted to list down the top 5 Lucifer episodes so far, according to my opinion so far. 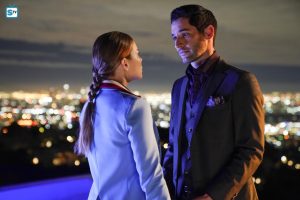 It has Lucifer finally confronting his feelings for Chloe and finally culminating in a wonderful moment. Both Chloe and lucifer have been going on this roundabout for a long while and it was quite refreshing to finally see them be honest with one another. It also has Amanedial finally getting his wings back and the death of Charlotte Richards handled in an emotional and quiet moment. 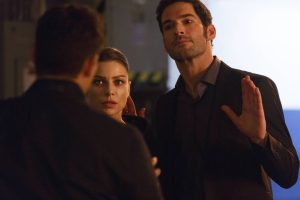 The first season ended with one of the finest lucifer episodes that we have ever got. It had a killer cliffhanger which was quite surprising. It also deals with the first big development of lucifer and sets up the start of both Lucifer and Amanedial beginning to understand one another. Lucifer’s dying speech was one of the major highlights of the episode 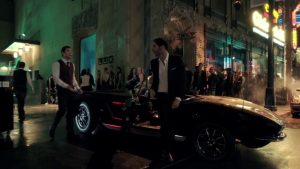 Without the tone set by the pilot, I don’t think a lot of us would have continued to watch it. It is one of the ost underrated episodes and something that deserves a lot more credit. 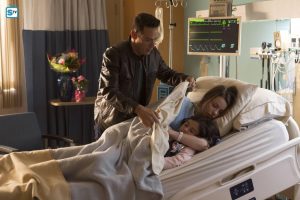 Hot on the revelation of the secret behind chloe decker, it quickly veered into how much distance lucifer would actually be willing to go to save chloe. A story of sacrifice and a damn fine hour of television

It is a case of saving the best for the last. It had Chloe finally understanding who Lucifer really is, Not a demented sick person but someone speaking the absolute truth. A truth that she had been ignoring for a very long time. It should be great to pick up from this cliffhanger and the aftermath

I think these five episodes exemplify the best of lucifer and quite possibly some of the best we have ever seen from the entire show. I Cant wait for the new batch of episodes to drop and you best believe that I will be devouring them at a very fast rate.

Let me know your favorite episodes down below if you want to.