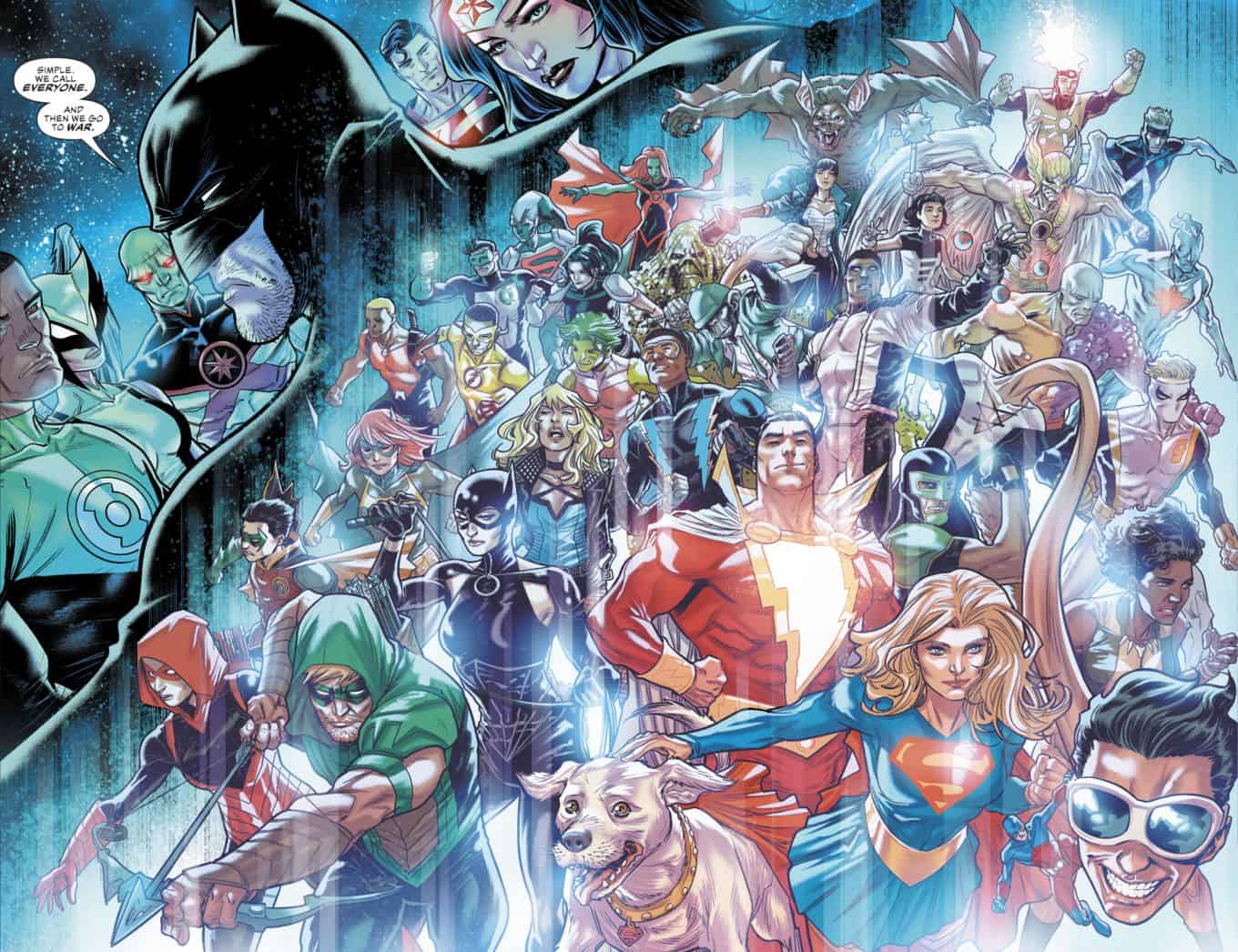 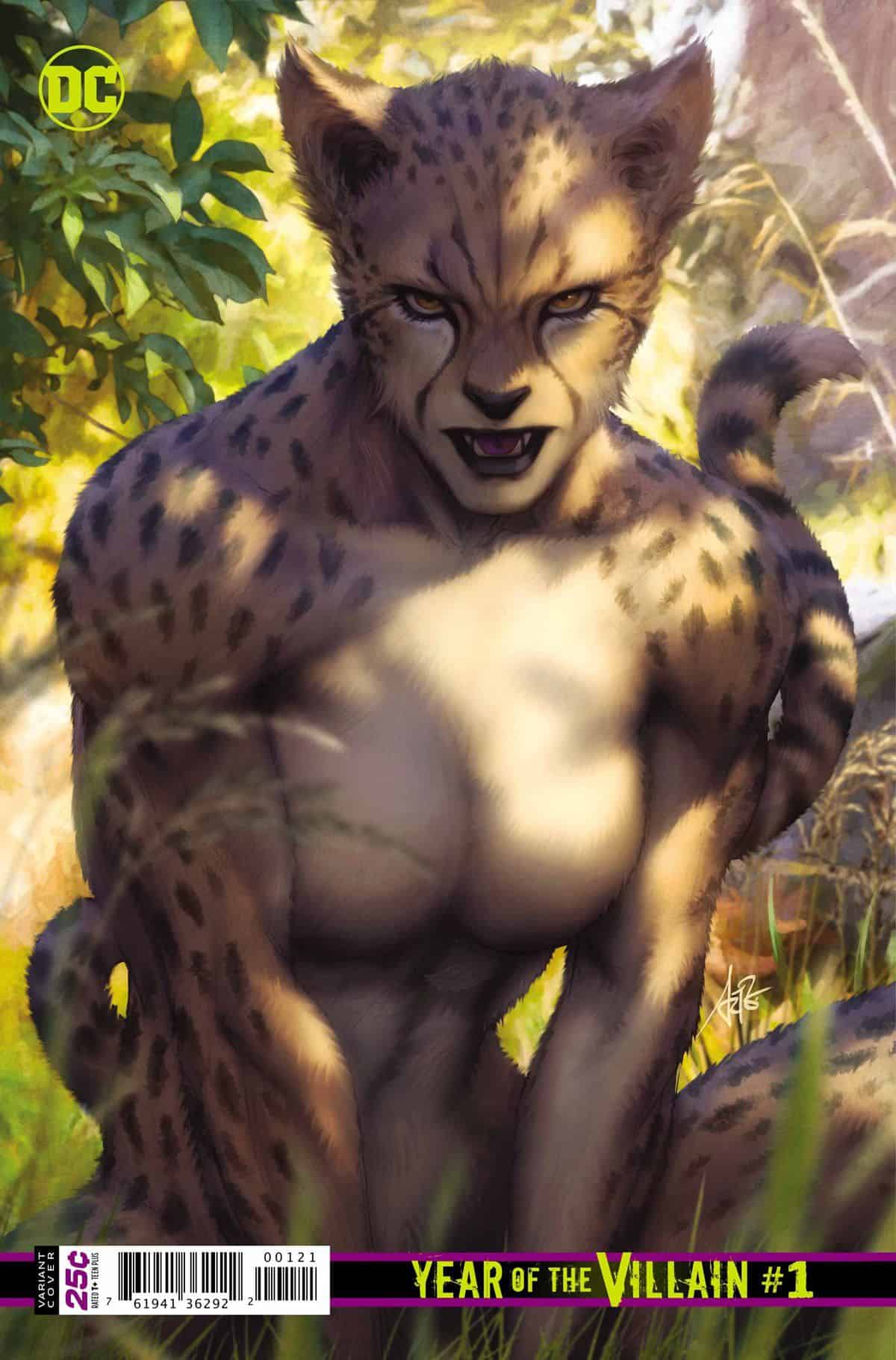 This follows three core stories in the book: 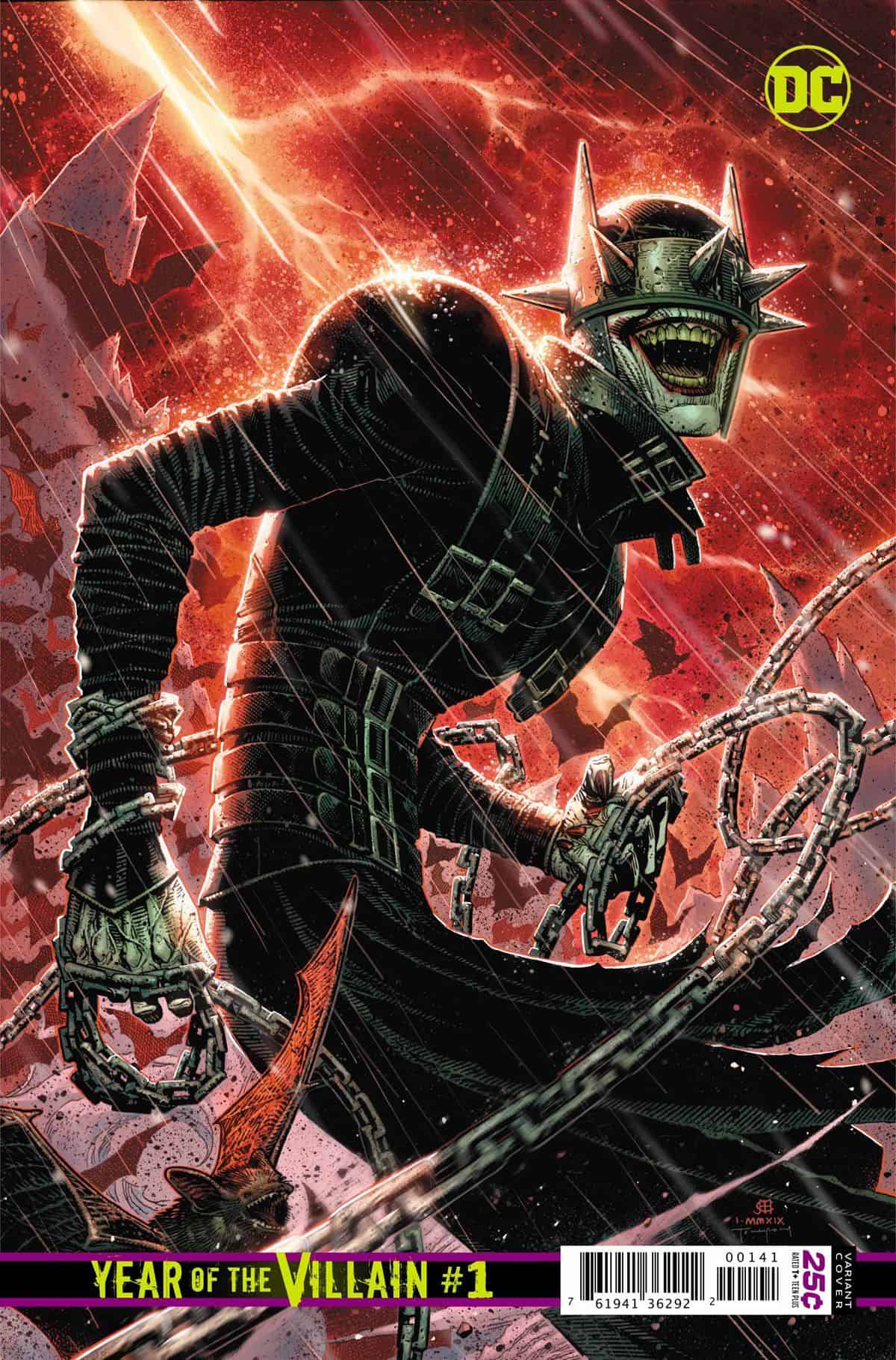 In addition, we also have the tease of all of a new Secret Six (spoilers here) that sees heroes turned villains unknowingly (full spoilers here) in a new Batman / Superman series. 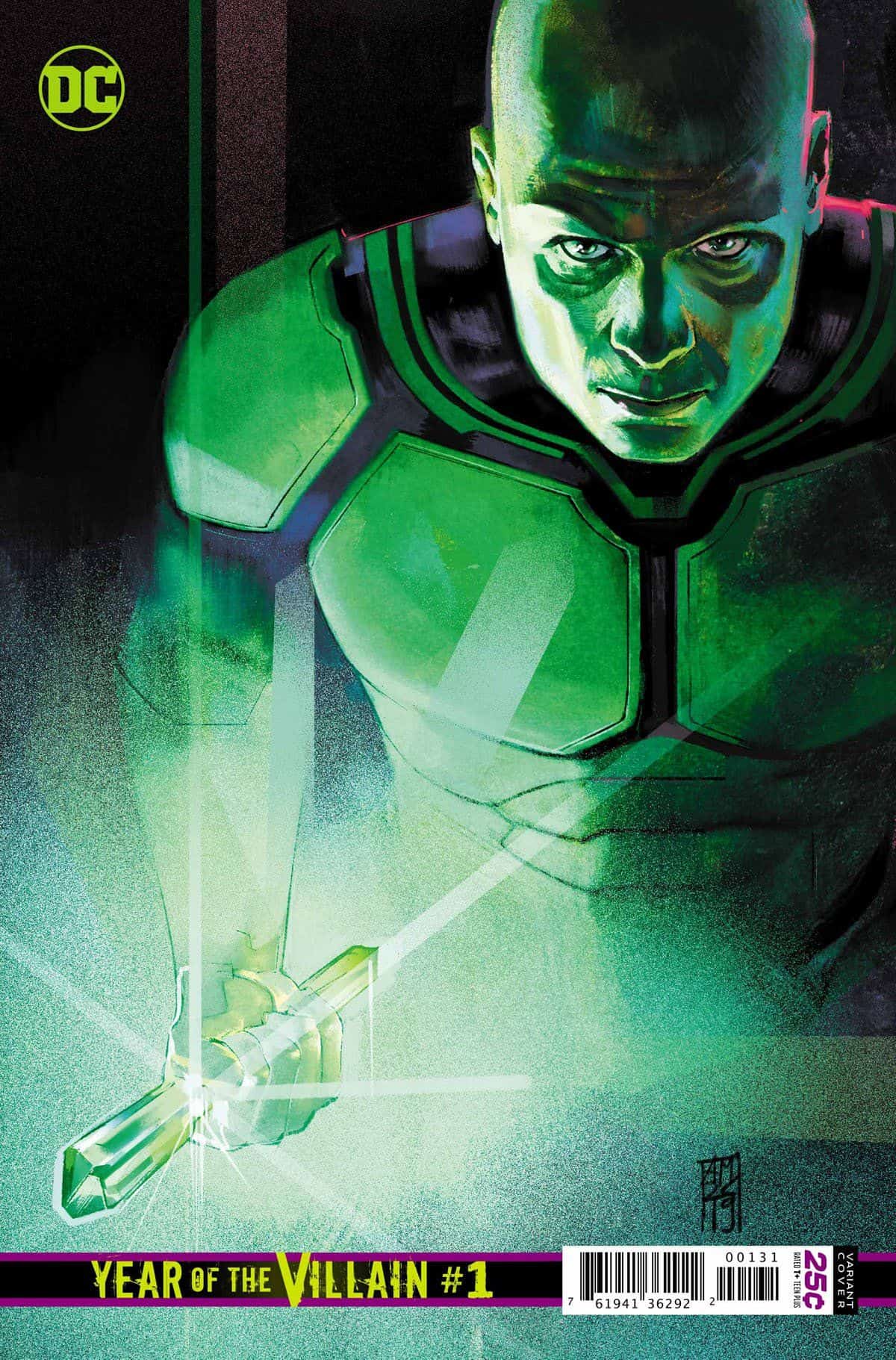 Finally, DC’s Year of the Villain #1 ended with a whole bunch of teases, concept art and more (full spoilers here).

Anyhow, here is out annotated version of that gorgeous Justice League Unlimited pic.

Here’s a clean version of just the art; no text from the issue either.

There are some big heroes missing in the pic. Can you identify who you are surprised is MIA?