This happened with the WWE World Championship as you recall. 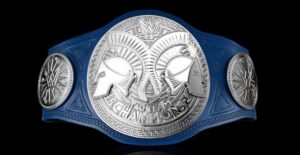 There has been word WWE wanted to change the look of the Tag Team belts for both Raw and Smackdown Live. So, the change coming could be more than to the leather, but could also be a whole redesign. Stay tuned.