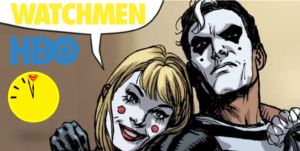 We have no desire to ‘adapt’ the twelve issues Mr. Moore and Mr. Gibbons created thirty years ago. Those issues are sacred ground and they will not be retread nor recreated nor reproduced nor rebooted. They will, however, be remixed. Because the bass lines in those familiar tracks are just too good and we’d be fools not to sample them. Those original twelve issues are our Old Testament. When the New Testament came along it did not erase what came before it.

Plus, the HBO series seems really like an After Watchmen series; not set Before Watchmen…

Something even, perhaps, later than Doomsday Clock, but it is a different continuity than the comics. 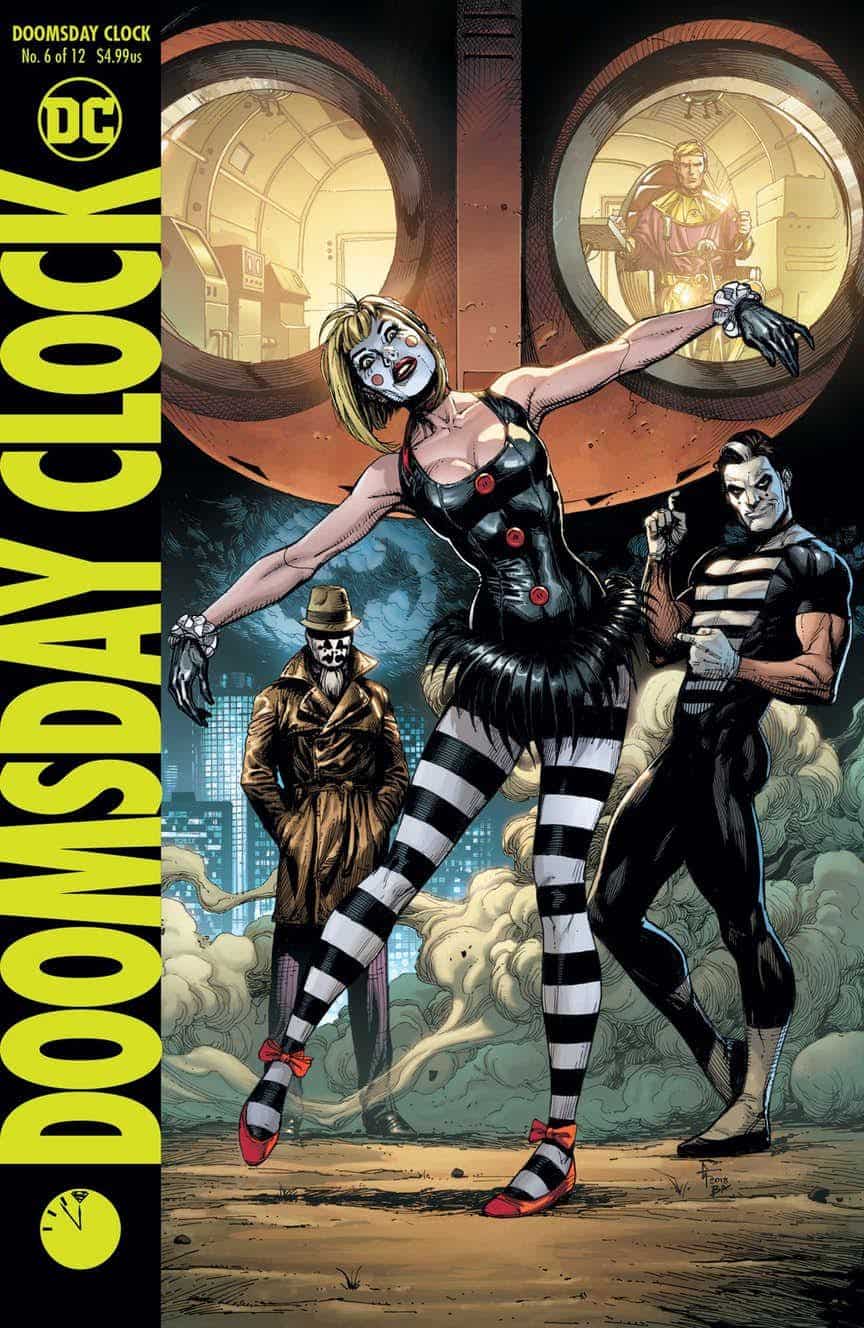 So, Doomsday Clock’s Mime and Marionette, played by Tom Mison and Sara Vickers, is part of the HBO series as is a new character called Looking Glass played by Tim Blake Nelson. Should be interesting.