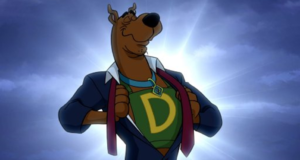 Wahlberg will play the Blue Falcon, a superhero from the Hanna-Barbera canon who teamed with Scooby-Doo and the Mystery Gang to fight against one of his arch-enemies, Mr. Hyde. Blue Falcon’s right hand was Dynomutt, who in the feature animated pic is being voiced by Ken Jeong.

Isaacs will portray twirling mustache villain Dick Dastardly, who is reported to be the main baddie in Scoob. Dick is a duplicitous car racer and pilot whose vehicles are known to carry various bombs and traps. He too has a right-hand dog in scruffy giggler Muttley. Dick appeared in such Hanna-Barbera series as Wacky Races and its spinoff Dastardly and Muttley in Their Flying Machines. His famous catchphrases include “Drat, Drat and Double Drat!,” “Triple Drat!” and “Muttley, do something!”

Wahlberg is a two-time Oscar nominee for the Best Picture nom The Fighter and The Departed. He is an EP on HBO’s Ballers and counts seven Primetime Emmy nominations for such series as Entourage, Boardwalk Empire and Wahlburgers. He also has two Golden Globe noms for his lead actor turns in The Fighter and supporting in The Departed. Wahlberg’s global box office credits total in excess of $6.3 billion. His upcoming movies include Peter Berg’s Wonderland and the feature drama Good Joe Bell with Connie Britton and Gary Sinise. He’s set for Travis Knight’s The Six Billion Dollar Man at Warner Bros. Wahlberg is repped by WME, Leverage Management, and Sloane, Offer, Weber & Dern.

Isaacs earned a Golden Globe nom for his best actor work in the BBC miniseries The State Within. His credits include the Netflix series OA and The Dark Crystal: The Age of Resistance, and CBS’ Star Trek: Discovery, as well as Hotel Mumbai, The Death of Stalin and The Patriot. Isaacs is repped by Gersh, The Independent Talent Group and Silver Lining Entertainment.

Scoob expected to be released in theaters in 2020 and is described on IMDB as follows.

Scooby-Doo is the hero of his own story in “SCOOB!,” the first full-length, theatrical animated Scooby-Doo adventure, which reveals how he and his best friend Shaggy became two of the world’s most beloved crime busters. The story takes us back to where it all began, when a young Scooby and Shaggy first meet, and team up with Daphne, Velma and Fred to launch Mystery Incorporated.