With Doomsday Day Clock #10 out this past week and explaining the origin of the New 52 at Doctor Manhattan’s hands, Doomsday Clock #11 remains scheduled to conclude the summer per the solicitation. That book is to better explain how, seemingly, the Metaverse forced DC Rebirth into being.

The critically acclaimed series by the renowned team of writer Geoff Johns and artist Gary Frank marches toward its conclusion. In this penultimate issue, the truth behind “Rebirth” is revealed as Batman searches for the one person he believes can help him save the world…Rorschach!

There’s already word that a new Wally West The Flash series appears to be set to be announced then, but the ending of Doomsday Clock #12 could impact that. 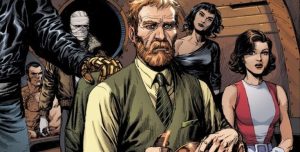 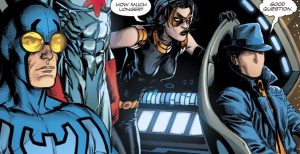