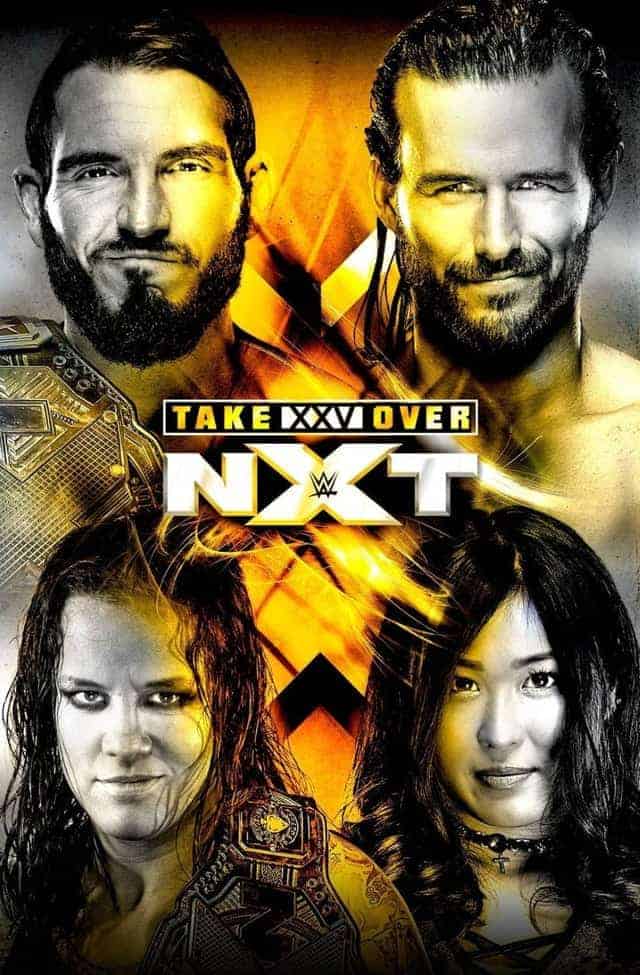 Well, so far I haven’t been told to get back in my box, so I’ll do this yet again. It’s 10 Thoughts time!

Oh, I missed the pre-show, and am yet to get the hang of doing screen caps when watching live TV, so sorry in advance for both of those things.

We are live from Bridgeport, Connecticut.

1. I love Matt Riddle’s trio of wrench suplexes, and the fact he wrestles barefoot (well – hey! – it worked for Kevin Vin Erich!).

2. In the roundtable I said this could steal the show, and it was certainly a great match. Matt Riddle defeated Roderick Strong in about 20 minutes. However, Riddle’s selling of the back was patchy and it did degenerate into something of a spotfest by the end. Still, I really enjoyed it.

3. The 20-minute, 4 team fatal four-way ladder match for the NXT Tag Team Titles was fantastic. And, unlike the men’s MITB match at the PPV, they did not do those incredibly stupid high risk stunts, but actually made it look spectacular anyway. However, I still have an issue with their selling. And the whole Ryker thing was just tedious. However, the end move was great, with the leap to the ladder and the Street Profits getting the win.

4. Not a fan of Velveteen Dream. Pre-selling moves and strange selling of other things (especially the way he took the unprettier), too worried about the character and not the wrestling. I know I’m in the minority here, but… meh.

5. 15 minutes and Dream retained the North American title in a match that did very little for me. And the post-match dual selfie was… yeah. Whatever.

6. Shirai has done the best selling job of the show so far. She favoured the arm “injured” early on all the way through, even using it tentatively and over-compensating with the other. Very cool.

7. Match was okay. Not bad, watchable, and that from some-one who is not a fan of Baszler. Baszler won with a submission after a little less than 15 minutes. But Shirai losing it post-match and destroying Baszler was awesome. That chair-assisted moonsault was brilliant! And Baszler took everything superbly.

(Is that Dr Britt Baker in an AEW t-shirt in the audience near Stephanie McMahon?!)

8. Main event, the Heavyweight Title match, was good, but not as good as their NXT Takeover New York match on the WM35 weekend. The one-again, off-again selling of the injuries from both men hurt it, and while they told a story of knowing one another in the ring really well, it felt like it lacked something, especially at the start.

9. I am surprised Cole won after the rest of his stable lost, but after 40 minutes, he certainly earned it. Then again, the crowd was at least 50% behind him, and Gargano has more momentum in the chase.

10. Overall, it was a very good show. Not as good as the one from New York, but certainly re-watchable. It was certainly a decent way to spent almost 3 hours. I’m just wondering what happens when these guys go to the main roster, though – does the WWE do a talentectomy on them and take away that spark that makes them special in NXT? Or is it just that the “old hands” won’t work their style? Confusing, because the two best WWE shows I have seen this year have both been from the NXT brand.

And there you have it – 10 thoughts on NXT Takeover XXV.