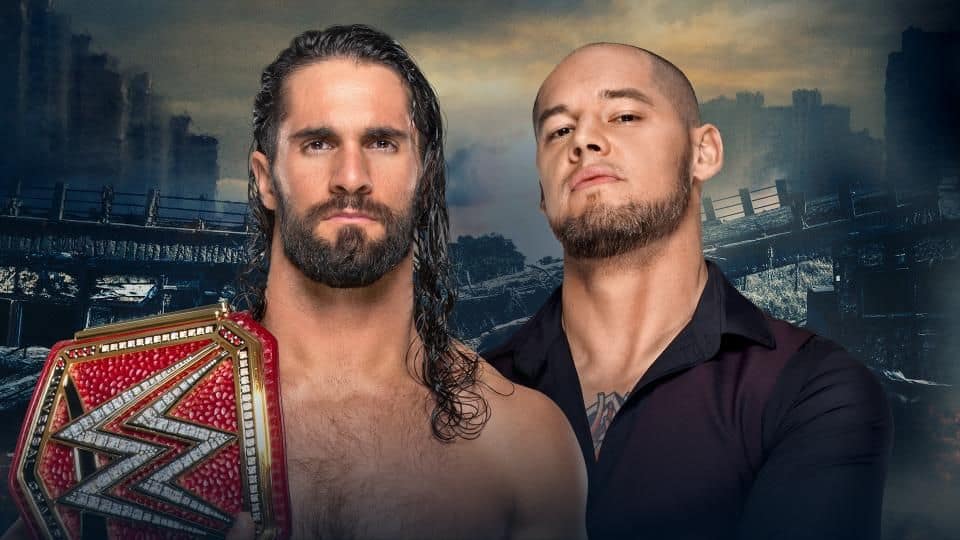 S.Streeter: Seth Rollins. This is a hold-over match to give him something to do until Summerslam or something. And I hope he does retain because I find Corbin dull. He is not a “bad” wrestler, he is just cookie cutter who wears weird wrestling gear.
Winner: Seth

JT: What the actual fuck is Baron Corbin doing in the race for the Universal Championship? The dude is a black hole of charisma, has a grand total of two decent offensive moves in his arsenal and has to wear a shirt to cover his weird mutant bellybutton. I’m hoping for a Goldberg/Ultimate Warrior level squash, but I’m sure I’ll be disappointed…
Winner: Seth Rollins, or I will seriously stop watching WWE for good

Widro – Seth has been on a rampage, and even though WWE is a troll promotion, I cant see them putting the Universal title on Corbin.
Winner: Rollins

Bonus pick: who is the special ref??

S.Streeter: No idea… but I hope for Brock Lesnar because that would be strange.

JT: Some douchebag, no doubt. Maybe The Miz?

Widro – I’ll go with Bobby Lashley to set up the next challenger. 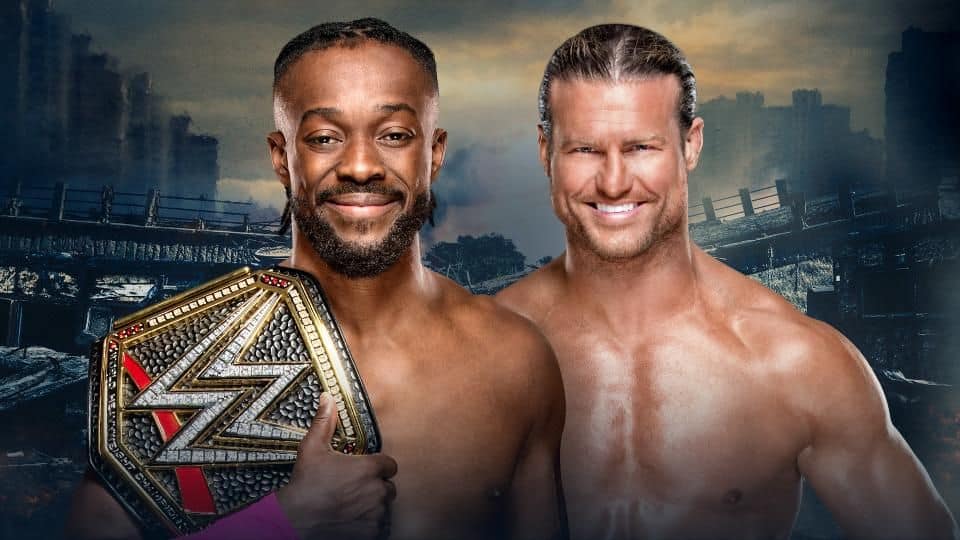 S.Streeter: Please, WWE, just let these two go out there and have fun and put on a show without the backstage bookers over-analysing and over-structuring it. Let them have a good match. Please… But I don’t hold hope for that. It’ll be mucked up somehow.
Winner: Kofi (look, I want Dolph to win, but I think WWE are just stringing the poor guy along. Dolph – go to AEW! Have good matches! Have fun!

JT: Hahahahaha. Does anyone reading this seriously think that Dolph has a chance here? The perennial runner-up has had a decent if unremarkable run with his recent ‘What about me” style promos, but Ziggler is proof that in-ring talent and commitment aren’t sufficient get you over in the WWE.
Winner: Kofi Kingston

Widro – Impossible to take Dolph seriously in this role, he is a good example of someone damaged beyond repair by WWE booking.
Winner: Kingston 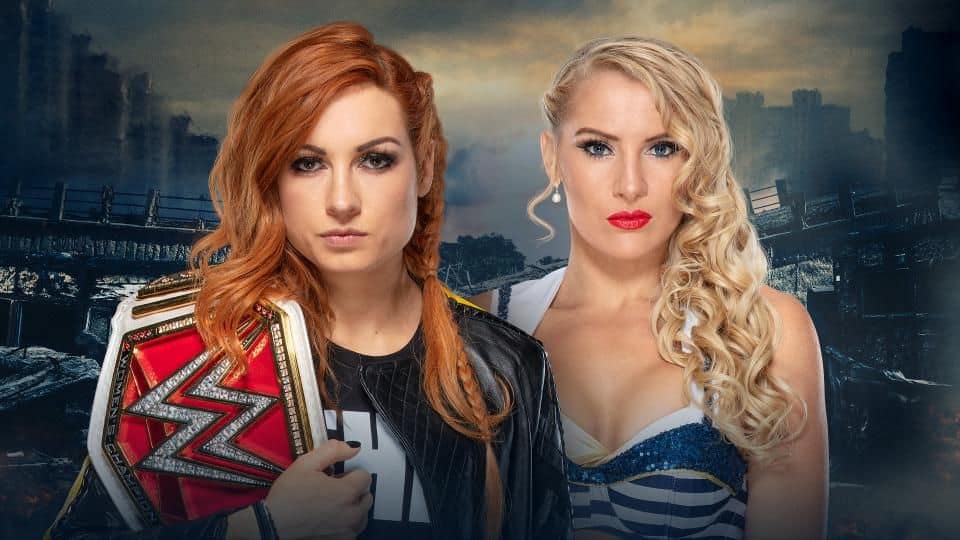 JT: The Man vs… The Lacey? I have to say that Lacey Evans really hasn’t made a big impact on me since joining WWE, and considering Lynch’s current position as WWE social media darling, there’s no way she will be dropping the belt.
Winner: Becky Lynch

S.Streeter: I do not rate Evans. She is being pushed for whatever reason but in the ring she has not impressed. She is dull in the ring and her character does not say “wrestler” at all. There are so many athletes much more deserving than her.
Winner: Evans (because that’s the way the WWE thinks) 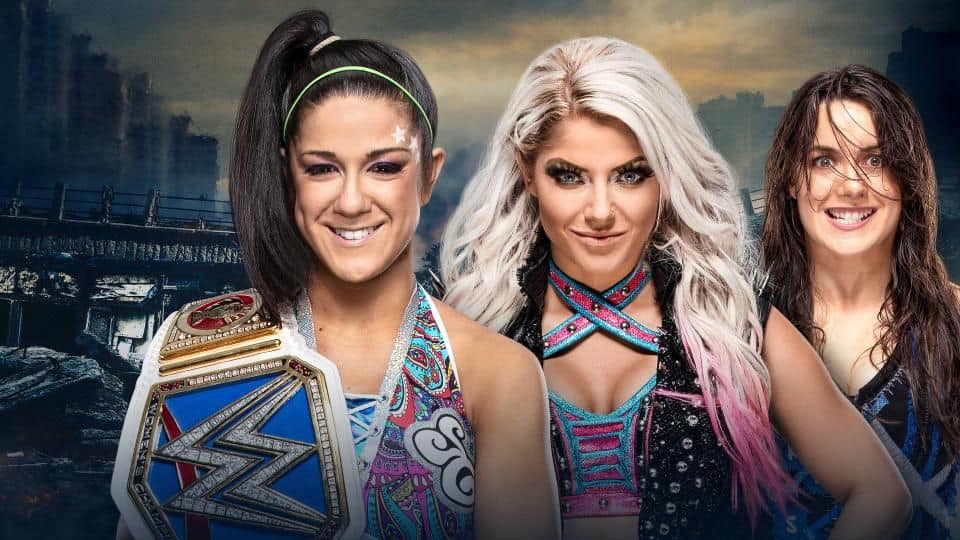 JT: It’s hard to put into words how happy I was when WWE finally managed to land Bayley’s character on the main roster. I’ve watched her grow since the early NXT days and always wondered how she would fare on the big shows, and at this particular moment in time, everything is going right. Based on WWE history, I expect this situation to change shortly…
Winner: Bayley

S.Streeter: What I said about Evans also applies to Bliss. But…
Winner: Bayley 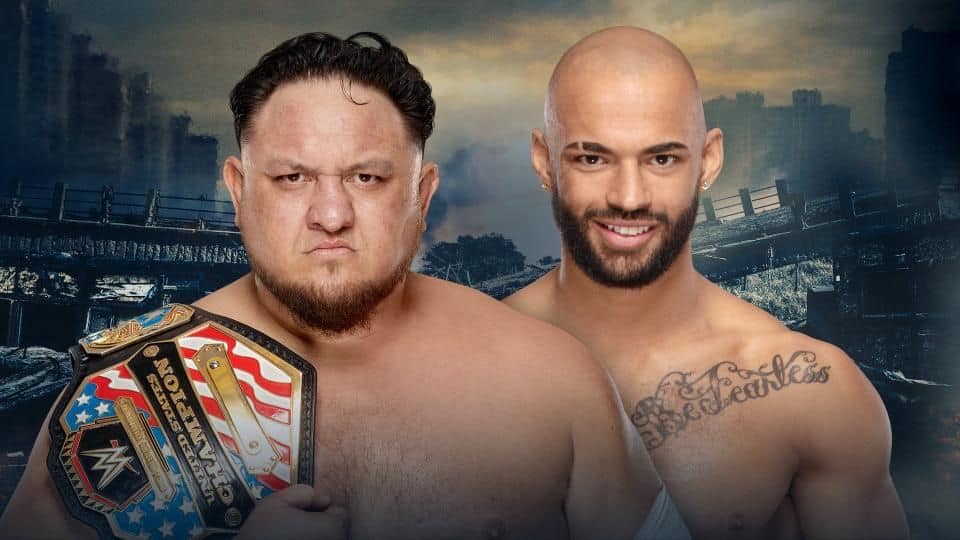 JT: Man, I love me some Ricochet, Put a mask on him and call him Prince Puma, I don’t even care, Ricochet is awesome. By comparison, Samoa Joe is a legitimate monster who could straight up kill most people in a fight, so I don;t hold high hopes for my favourite flippy dude…
Winner: Samoa Joe

Widro – On paper, this is a dream match of the 00s vs 10s, with two top tier workers. Given Joe’s matches with Rey were 1 minute jokes, hard to tell.
Winner: Ricochet 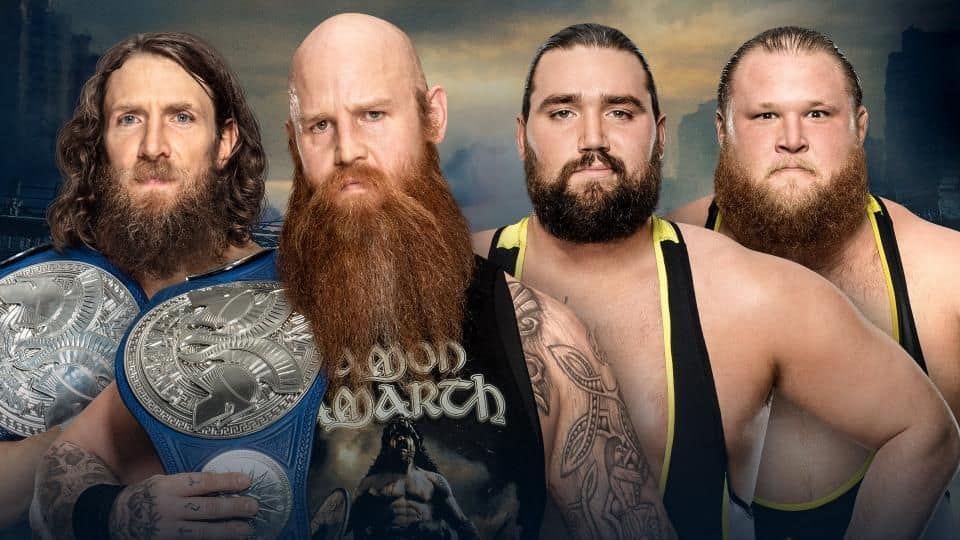 JT: Far out, how long is this show going to be? Because I’m telling you right now, I don’t have the patience for that 7 hour Wrestlemania shit… Despite finding Heavy Machinery vaguely fun during their NXT run, i have very low expectations for this tag team, mainly due to the fact that Vince has had a secret fat-phobia since the glory days of Yokozuna and King Kong Bundy…
Winner: Team Conservation

S.Streeter: No expectations going into this. Can Bryan carry 3 guys to a watchable match? Let’s see…
Winner: Bryan/Rowan

Widro – Imagine that when Daniel Bryan was cleared to wrestle, this is how WWE would use him.
Winners: Bryan and Rowan 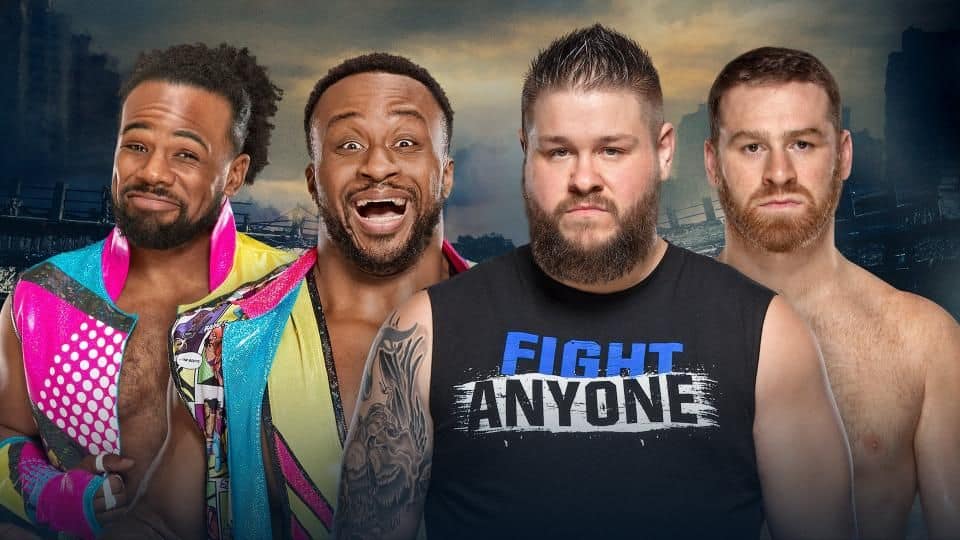 JT: Based on their recent treatment in WWE, I’d be surprised if both Sami Zayn and Kevin Owens didn’t know exactly how many days they each have left on their contract, with the bright lights of AWE or New Japan on the horizon. New Day wins for the kids.
Winner: Big E and Decent Sized X

S.Streeter: Not sure what to make of this. Could be good, but I doubt it. I expect over-booking and nonsense.
Winner: KO & SZ

Widro – Work-wise this could be a show stealer, and this has been a solid storyline build as well.
Winner: KO & Zayn 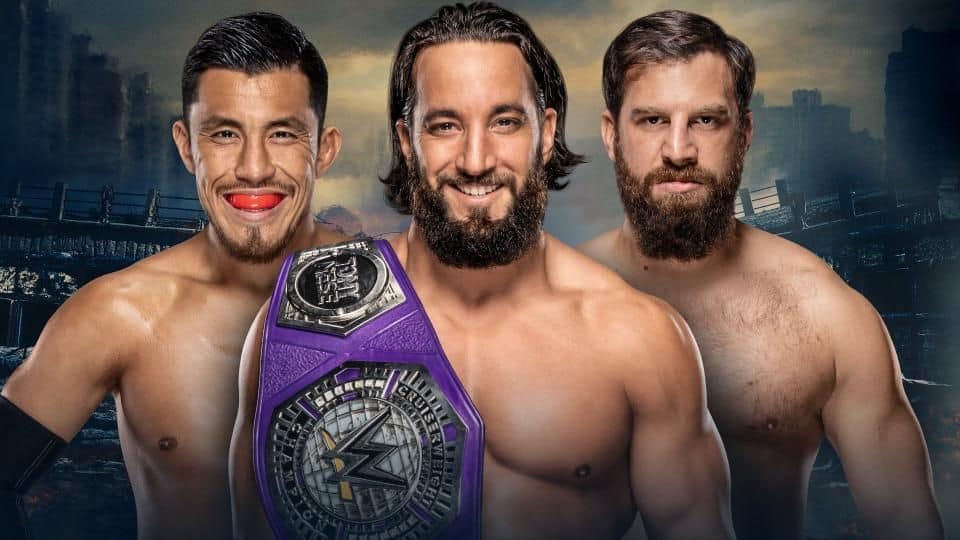 JT: Hey, it’s the 205 live bathroom break! This has the potential to be the most athletic match of the night but will likely be ignored by most of the attending crowd and the viewing audience.
Winner: Drew Gulak

Widro – The 205 Live match on PPV seems to be some kind of bet by someone backstage to keep something going as long as possible.
Winner: Nese 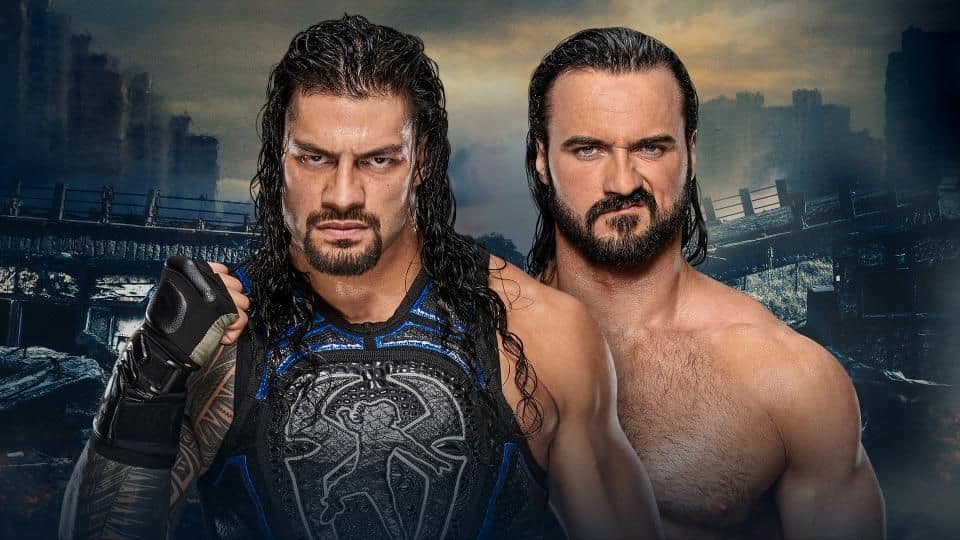 S.Streeter: Reigns and his John Cena, one note offence; Drew McIntyre with his sort of intensity. Yeah. Cool.
Winner: Reigns

JT: Does anyone think this match is going to conclude without interference from an overweight, middle-aged TV executive? The fact that Shane-o-Mac has made himself the focus of this feud represents everything wrong with WWE in 2019. It’s great to see the big dog beat cancer, but this storyline sucks serious balls.
Winner: Drew McIntyre. via shenanigans

Widro – Unfortunately for WWE, Roman’s cancer has turned the booes to silence, hard to imagine how they can rebuild him at this point.
Winner: McIntyre