Nobody is in Control #2 – I love this Black Mask series.  A retired talk radio host has found a man running through his remote Virginia property, and has ended up following him into the woods, as they hide from the black helicopter that is pursuing him.  The guy keeps up an endless stream of talk, discussing cults, mind control, Bernie Goetz, and a thousand other topics, while avoiding answering any real questions about why he’s on the run from a military base.  Patrick Kindlon displays a shockingly weird array of knowledge here, and artist Paul Tucker goes on a variety of visual tangents, making a book about two guys walking through the woods a very exciting read. Great stuff, if probably not to everyone’s tastes.

Ascender #3 – A lot of gaps get filled in with this issue, and we learn what happened to Effie, as Andy and Mila try to get away from Mother’s forces in the present.  Ascender is a great continuation of Descender, as things have changed a great deal, but the strong character work and beautiful Dustin Nguyen art keeps a consistent feel to the comic. 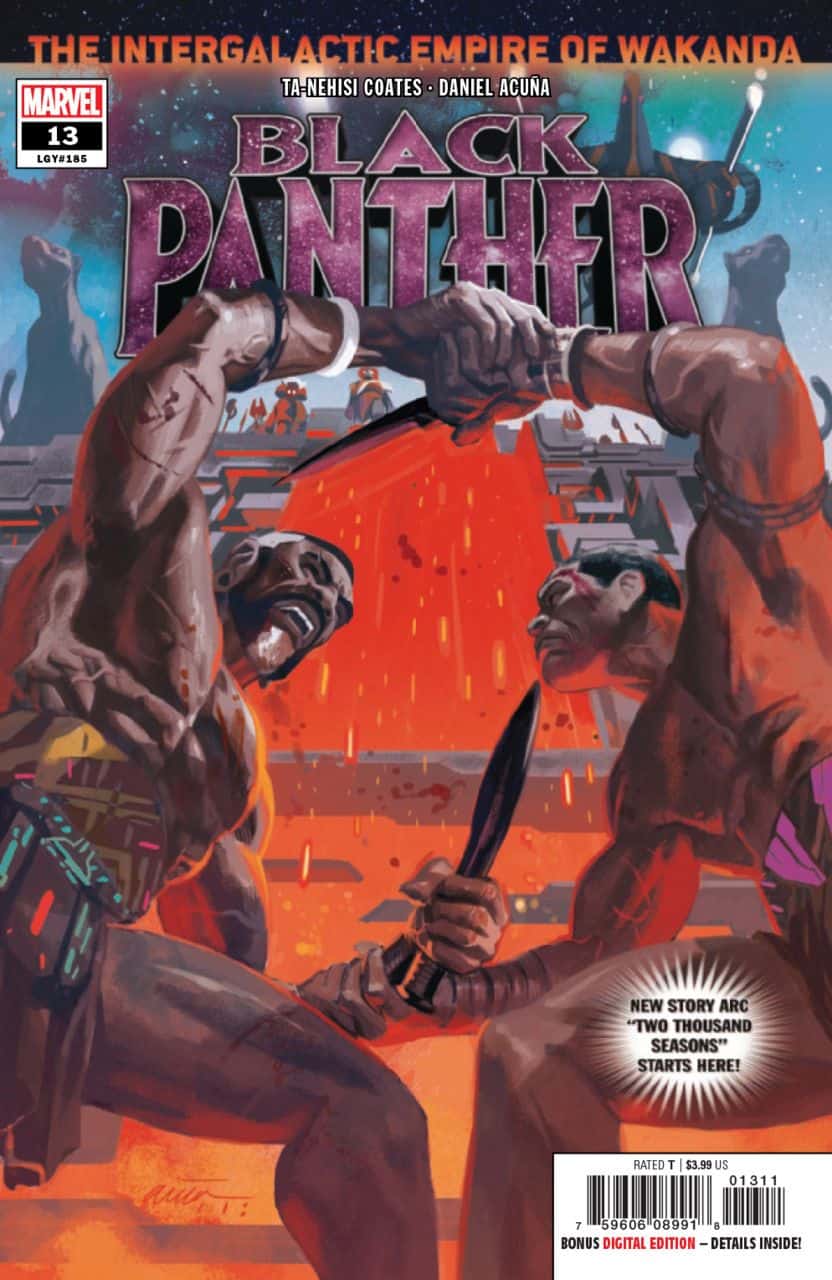 Black Panther #13 – Everything starts to come together as T’Challa struggles a little with M’Baku, while trying to contact his home.  I knew that this science fiction story couldn’t last forever, and suspect that Ta-Nehisi Coates is preparing his endgame. It’s nice to see Daniel Acuña back on art.

Deadly Class #39 – It feels like coming home again, now that Marcus and Maria are back at the school, and people are scheming against them while they cook up their own plans.  Plot doesn’t matter much to me when I’m reading this series, as I just love the depth of characterization that Rick Remender and Wes Craig have created to drive this title.

X-Men: Grand Design – X-Tinction #2 – Ed Piskor closes off his review of X-Men history in an unexpected way, ending just shy of the Shadow King saga, which I was really hoping for a better explanation of.  Instead, he changes things from Marvel history, finding a good place to jump out of continuity. I’ve really enjoyed these trips down memory lane with Piskor, and his work here has had me considering choosing Uncanny X-Men (or maybe Classic X-Men) as a future topic for my Retro Review column, something that I was previously intimidated to do.  At the same time, I hope he now returns to doing some more Hip-Hop Family Tree…

War of the Realms #6

War of the Realms: New Agents of Atlas #6

War of the Realms: Uncanny X-Men #3 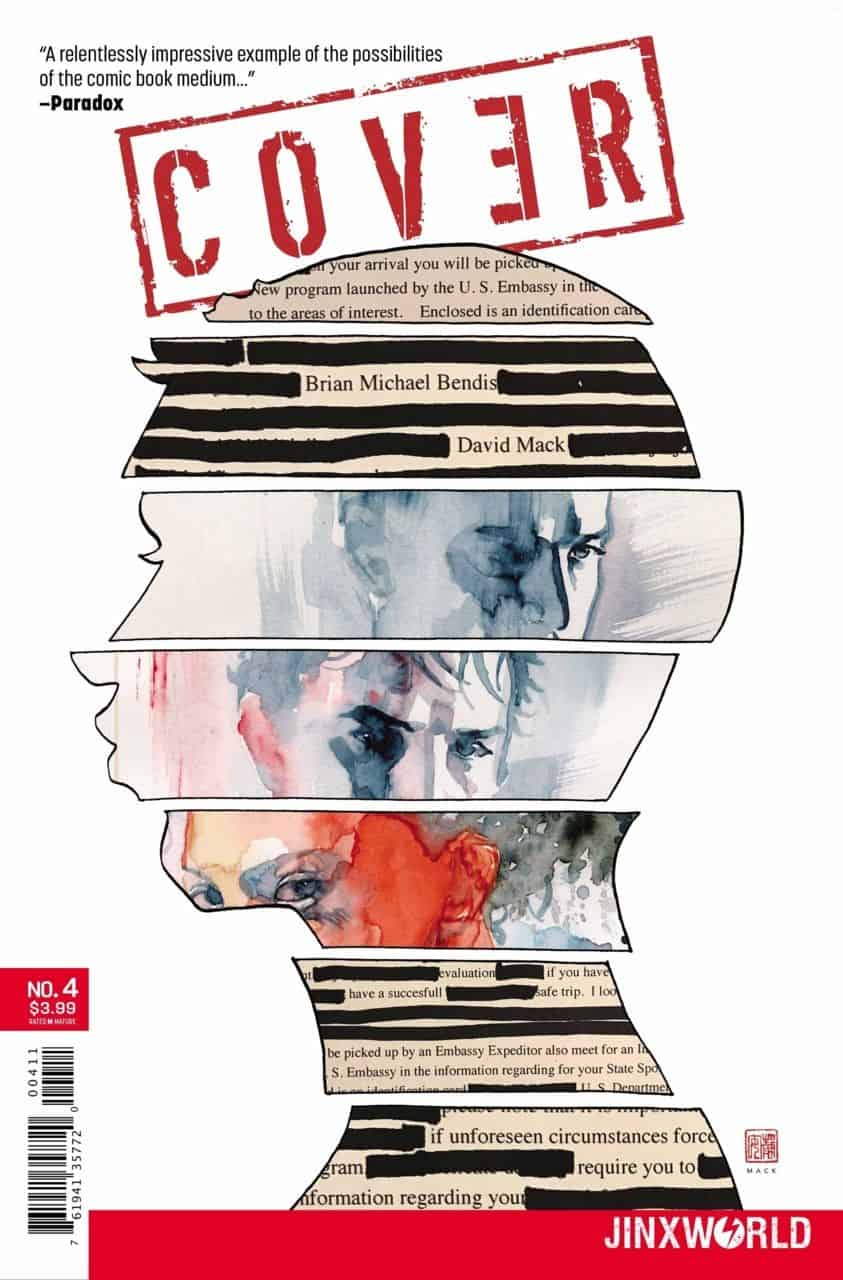 Cover #2-6 – This Brian Michael Bendis and Dave Mack series is pretty impressive, and kind of annoying in equal measures.  The main character, who I feel is modeled on Mack, is a comics artist of renown who has been recruited to work as a spy for the US Government.  He’s being sent on missions that involve using comics conventions as his cover, and is positioned opposite a similar spy who is working for a different government.  The concept is amusing, and Bendis fills the story with a ton of inside jokes that mostly go right past me. I love the sheer variety in Mack’s art, as he shares pages from the main character’s Kabuki-like series, and uses a few different approaches to tell the story.  I will definitely be interested in reading the second season of this book when it returns, and am impressed that Bendis got so many issues out on time, more or less.

Savage Things – I’ve stayed away from Justin Jordan’s work after not being as impressed with Luthor Strode as everyone else seemed to be.  Still, this book had attractive John Paul Leon covers, so I thought I’d check it out. It’s decent. It looks at the legacy of a program that raised some children who showed sociopathic tendencies to become government killers.  Now, the members of that program have turned against the people who ran them, and it looks like it’s all going to depend on someone who washed out of the program to put an end to things. It’s all a little standard, and reminds me of why I’m not all that upset to see that Vertigo is being shuttered.  Still, Ibrahim Moustafa’s art is pretty decent, and the story entertains.