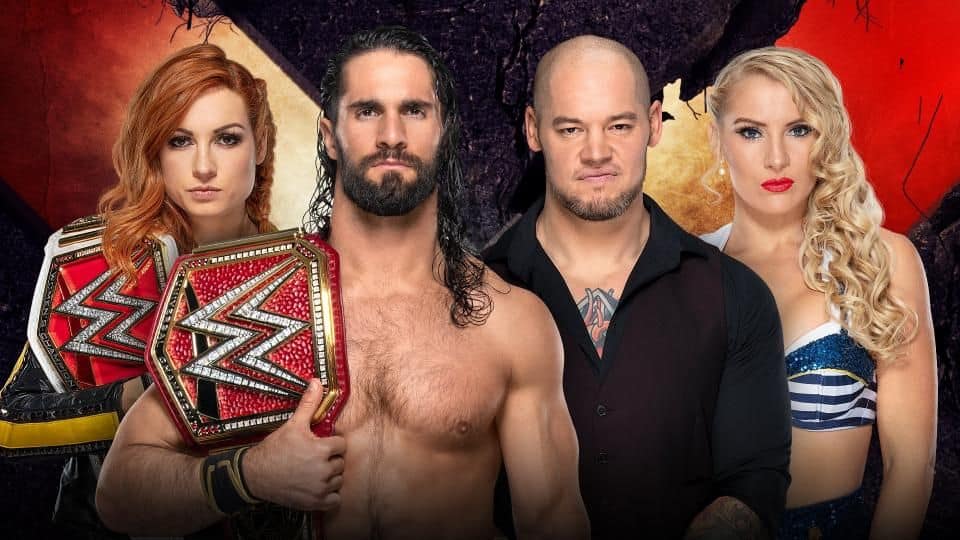 S.Streeter: Becky Lynch is a good champion and a good wrestler; Seth Rollins is a good wrestler and is growing on me as a champion and as a character. Baron Corbin has the personality of roadkill and Lacey Evans is… well, let’s just say she is a fine example of character over ability. This match will be not good. Lynch and Rollins will try their damnedest, but they are pushing sh*t uphill with this one, I’m afraid. I’m also afraid that they will go with the change.
Preferred winner: Lynch/Rollins
Probable WWE winner: Corbin/Evans

JT: Two of the wrestlers in this match are among the best in the world, while the other two honestly have no business being in a WWE main event. Rollins and Lynch will have to work hard to carry the dead weight of Corbin and Evans to a decent match, but I wouldn’t be at all surprised if the heels win by some sort of shenanigans, triggering a Seth & Becky chase for the title storyline…
Winners: Corbin & Evans 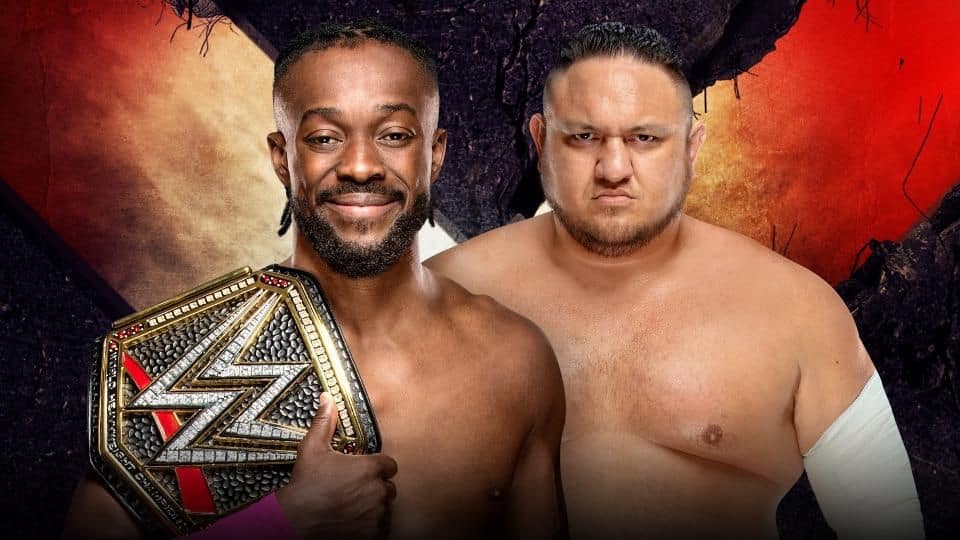 S.Streeter: I keep saying I like TNA Joe, and Kingston is the perfect opponent to bring that Joe out. I expect this to steal the show. I am actually looking forward to this. But… always a freakin’ “but” with WWE… I thought Ziggler/Kofi in a cage was going to blow the roof off the place yet it was a boring pile of whatever the hell it was. I am looking forward to it bur… concerned.
Preferred winner: Samoa Joe
Probable WWE winner: Kofi Kingston

JT: Certainly one of the match of the night contenders, this feud has showed a harder side of Kofi, as Samoa Joe excels in bringing out the darker side of his opponents. Expect a hard hitting match with Joe dominating and a lot of hope spots for Kofi, with interference by the New Day likely to prove the deciding factor.
Winner: Kofi Kingston

Widro – Really could steal the show if given time and has a great finish. Joe has really been disappointing with the Rey matches but could rebound to really elevate Kofi here.
Winner: Kofi 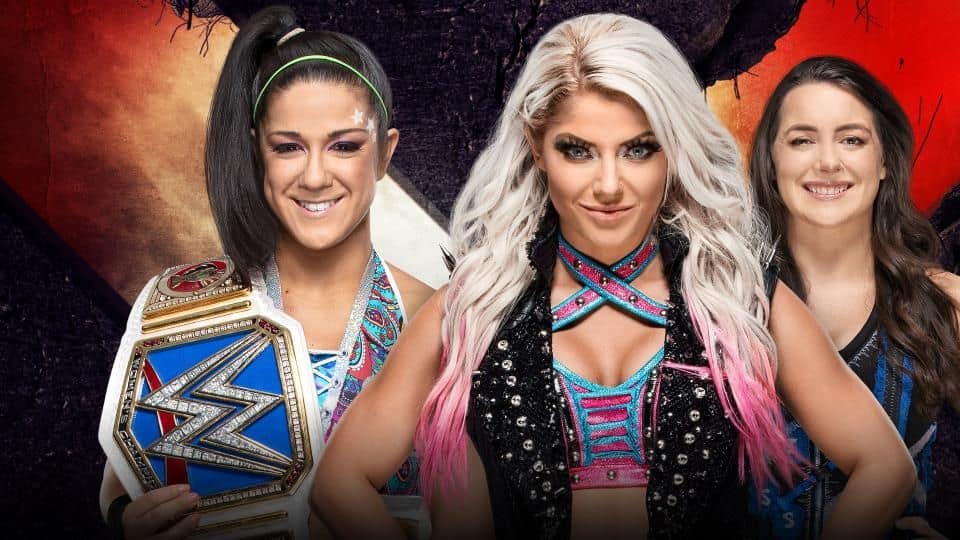 S.Streeter: Oh, God… Look, Bayley is a fine wrestler and has a good thing going with her title run, and Nikki Cross is not a bad wrestler and has potential with her insane gimmick to get some traction. But then we have Alexa Bliss. She has been in the WWE for years – why hasn’t she improved? And I fear the co-champion thing is going to be a reality because it worked so well with LayCool, right? Right? Well? Sh*t…
Preferred winner: Bayley
Probable WWE winner: Bliss/Cross

JT: I’ve always enjoyed Bayley as a worker, and it’s great to see her having big matches. Bliss and Cross are also solid workers with strong potential for the future. Taking that into account, I haven’t been particularly engaged with this storyline, so I expect a standard 3 way match where dissent between Bliss and Cross allows Bayley to retain the title.
Winner: Bayley

Widro – Bliss does not belong in a wrestling ring, let alone in the major leagues. Knowing WWE they will have some kind of wacky co-champion deal here.
Winners: Bliss/Cross 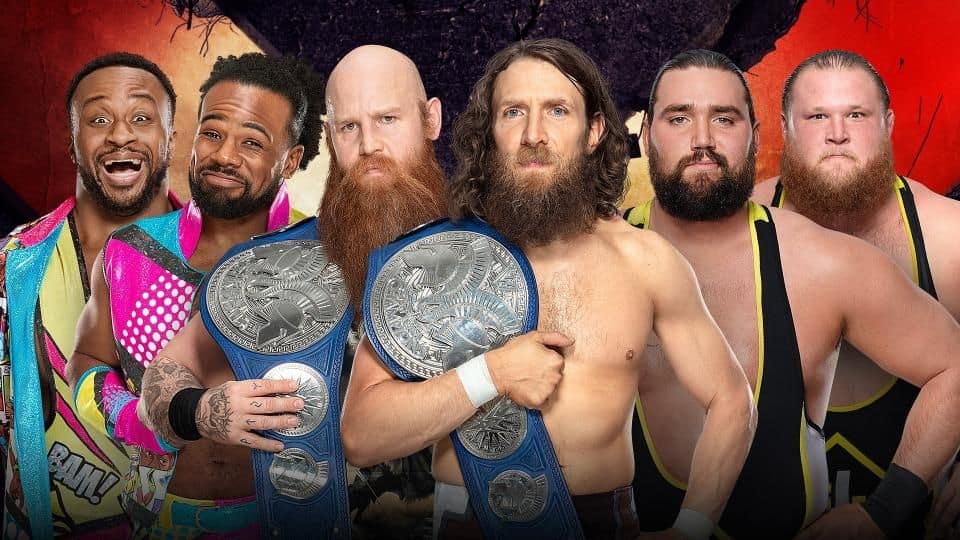 S.Streeter: Heavy Machinery pleasantly surprised me at the last PPV, Rowan/Bryan are always good value and Hew Day can bring it when they want to. This could be the sleeper match of the show, so long as they are given time. Yeah, this could be nifty.
Preferred winner: Bryan/Rowan
Probable WWE winner: Bryan/Rowan

JT: Hey, it’s the six-man clusterf**k of the evening! It feels like Heavy Machinery are here just to make up the numbers and provide a physical contrast to the smaller men in the match, and New Day have held the titles plenty of times over the past few years, so I can see Team Hippie walk away with the belts.
Winners: Bryan and Rowan

Widro – So sad to see Bryan in this role after we waited so long for him to get cleared.
Winners: Bryan and Rowan 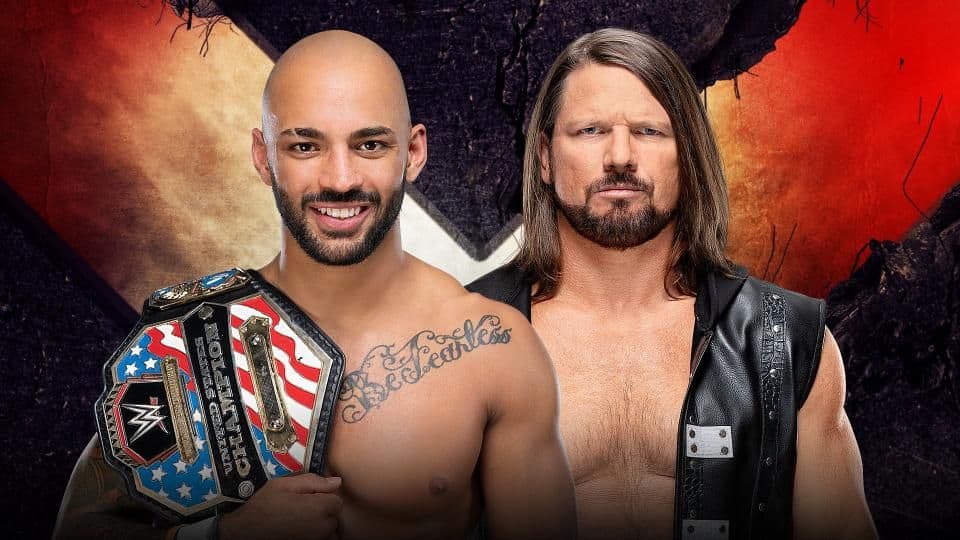 S.Streeter: This is a match that, on paper, looks like it could be awesome. But I fear for the heavy hand of WWE over-booking to come in, and for this to devolve into a clusterf*ck of annoying proportions. Look, just let these two go out there, have a good match, fill it with spot-monkey highlights and we’ll all be happy. Is that too much to ask? Is it?
Preferred winner: AJ Styles
Probable WWE winner: Ricochet

JT: This match will set the pace for everything that comes after it, and being realistic only Joe and Kofi have a chance of keeping up. If rumours are to be believed, WWE management are super-high on Ricochet at the moment, while AJ seems unlikely to lose any momentum by dropping the title, so I think we can expect the man formerly known as Prince Puma to pick up the win.
Winner: Ricochet

Widro – Tons of matches on the show seem so good on paper. Could be amazing or could be disappointing.
Winner: Styles 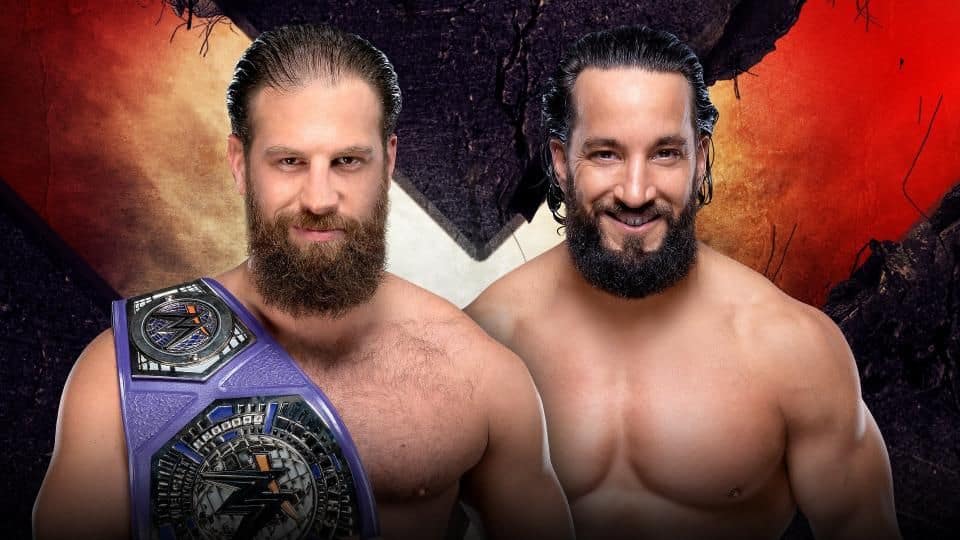 S.Streeeter: I am getting into the cruiserweight stuff lately. Like so many other matches on this show, on paper, this has the potential to be a barn-burner. But my feeling is they’ll be given 5 minutes (tops) and it’ll feel rushed and be disappointing, especially knowing how good these two are.
Preferred winner: Gulak
Probable WWE winner: Gulak

JT: The cruiserweights have been tearing things up recently, with Drew Gulak proving he can put on a great match against almost anyone. This may be a slightly more grounded match than many 205 Live contests, but should be hard-hitting and intense as hell.
Winner: Drew Gulak

Widro – I feel like we’ve seen this match many times.
Winner: Gulak 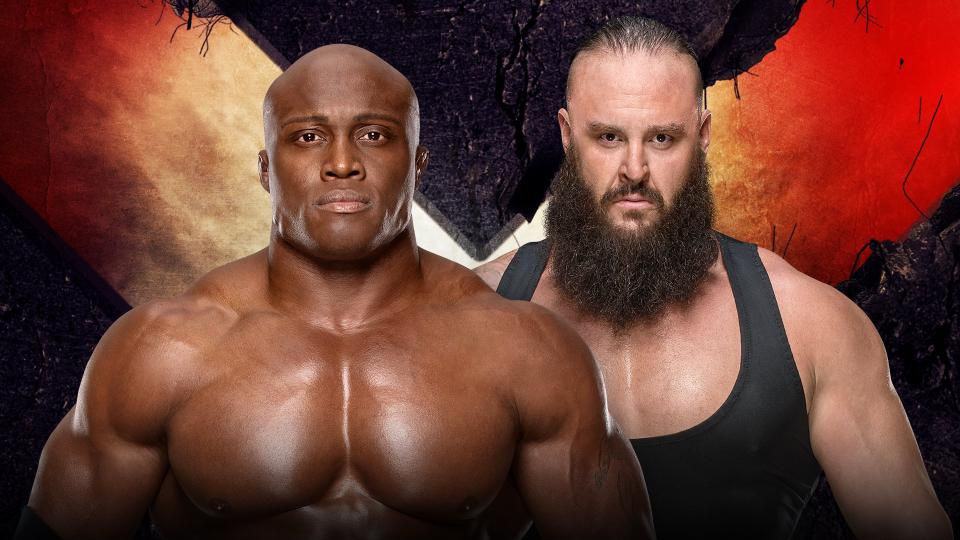 JT: I’m still not convinced that these two can put on a decent match, but if they stick to big stunts then this could be mildly amusing.
Winner: Lashley, on his way to being squashed by Lesnar 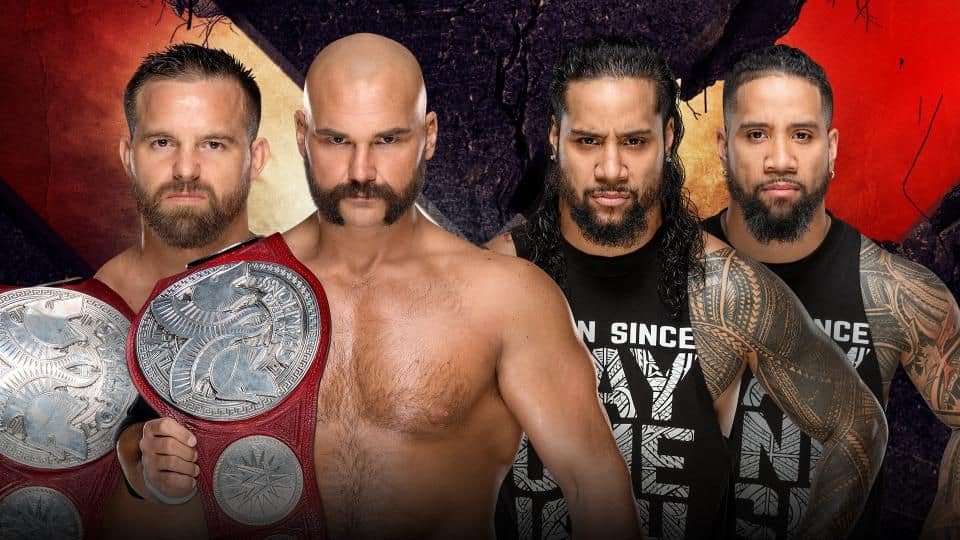 Raw Tag Team Championship
The Revival vs. The Usos

JT: I can’t help thinking that The Revival will spend the next few years paying for the temerity of thinking about quitting, as Vince seems to be a very petty old man with a surprisingly long memory. Still, they can put on a good match when they’re motivated, and the Usos are consistent performers, so this could be a dark horse.
Winners: The Usos

Widro – Should be a solid in ring match, and I think we could see a change here.
Winners: Usos 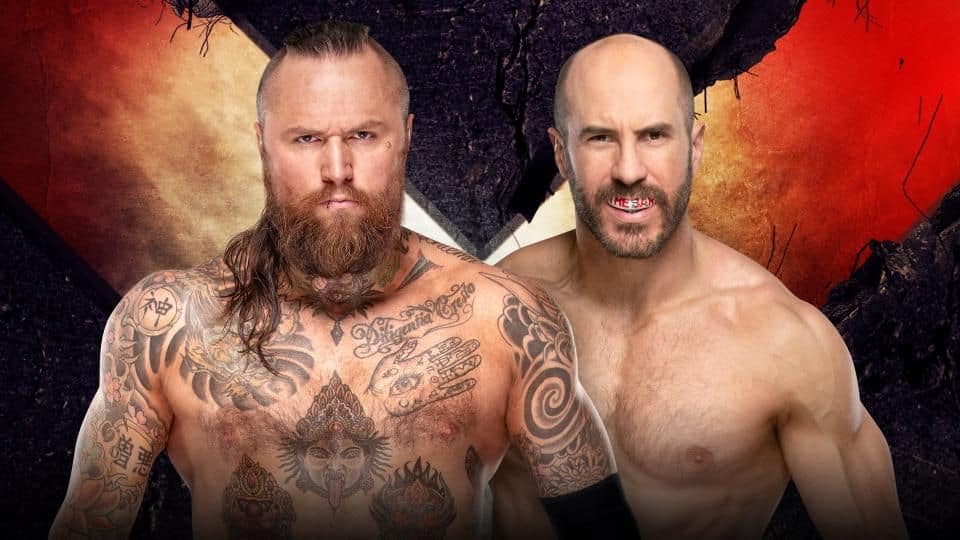 S.Streeter: Oh, please let, them change it to a cupboard match! It’ll be like a coffin match, but the winner will be the one who can stuff his opponent into a cupboard! Smell the interest! And then Cesaro can be put in, and punch his way out of it, and so the match must go on! That would be… Okay, it’ll be sh*t, but it’ll probably be better than what we’ll get. I can’t remember the last time I saw Black wrestle.
Preferred winner: Cesaro
Probable WWE winner: Black

JT: This match has been a long time coming, and I desperately hope that it lives up to the hype. I’ve been following these two since they were known as Tommy End and Claudio Castignoli, and I know that both men have the capacity to put on amazing matches. Hopefully this will be the start of a longer program between the two, which means that the finish may be something less than completely clean…
Winner: Aleister Black

Widro – This has been a somewhat fun build, with Black getting character development, and Cesaro being a surprise as the opponent. On paper should be awesome if given time, I’d go with Black here.
Winner: Black 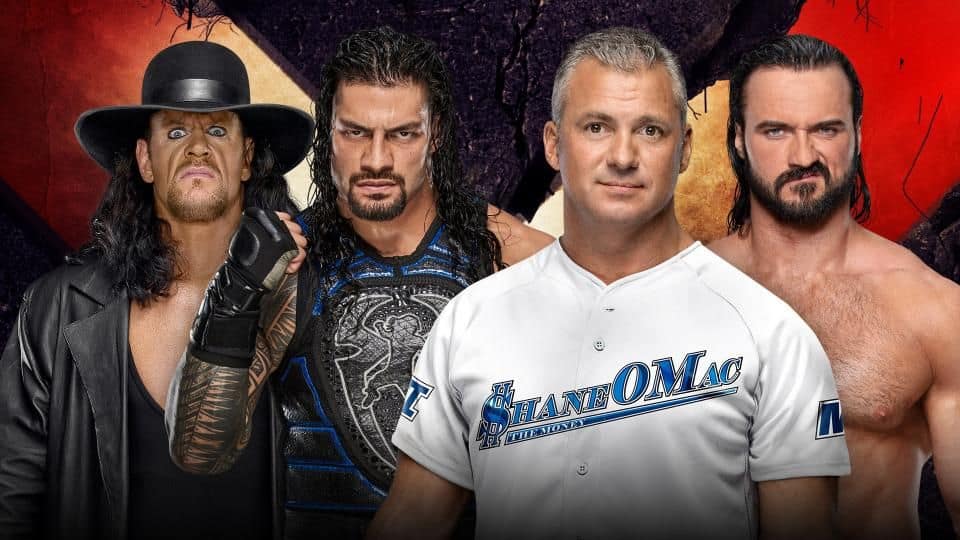 S.Streeter: This will main event. Yes, Undertaker, hot on the heels of trying to break Goldberg’s neck, and Shane McMahon, a glorified stuntman who is my freakin’ age, will main event an Extreme Rules PPV. I. Do. Not. Care.
Preferred winner: match thrown out when Undertaker breaks his hip and McMahon’s neck on a botched chokeslam
Probable WWE winner: McMahon/McIntyre

JT: We can only hope that Reigns and McIntyre work the majority of this match, as no-one really wants to see a broken old man vs a tubby middle manager, do they? I guess this match is designed to wash the memory of the Saudi Goldberg Travesty from our minds, but I can’t help but think that it’s going to be replaced with something worse.
Winners: Not the viewing audience, that’s for f’n sure. Taker and Big Dog, I guess.

Widro – One of the worst matches on paper in WWE history, Undertaker basically can’t move and Shane looks on the verge of a stroke. Roman Reigns is not over and could be fired at any time with no impact on WWE business. A gigantic turd of a match.
Winners: Shane & Drew