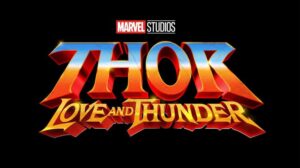 Step aside, Chris Hemsworth. There’s a new Thor in town.

Natalie Portman is returning to Marvel for the Phase 4 Thor movie, titled Thor: Love and Thunder. And this time, she’s picking up Mjölnir herself.

During Marvel’s massive Hall H Comic-Con 2019 panel on Saturday, the actress joined Hemsworth, Taika Waititi, and Tessa Thompson on stage to make the announcement that had the crowd going absolutely wild as she actually held up a prop Mjölnir. “I’ve always had a little hammer envy,” she says. Talk about being worthy!

Portman’s Jane Foster was last seen in the Marvel Cinematic Universe in a non-speaking cameo in Avengers: Endgame. Her super new role in the fourth Thor film is based on Jason Aaron’s comic book run that saw Jane Foster ultimately become the Mighty Lady Thor when Thor Odinson finds himself unworthy of picking up Mjölnir for the first time in the rebooted Thor #1. Jane steps in to become the hero, and even faces off against Thor himself. But Marvel kept her identity under wraps for eight issues until it was finally revealed to be Jane, a move that had fans praising Aaron’s run.

During the panel, Marvel also confirmed what we already knew, that Thor: Ragnarok helmer Waititi will return to direct as well as write this latest installment.

“As new king [of Asgard], she needs to find her queen,” said the actress during the studio’s Comic-Con panel.

Tessa Thompson’s Valkyrie looks to be breaking ground for Marvel Studios as its first out LBGTQ hero.
In the aftermath of Avengers: Endgame, Valkyrie assumed the role of ruler of New Asgard, the town populated by refugee Asgardians. “As new king [of Asgard], she needs to find her queen. That will be the first order of business,” said Thompson during Marvel Studio’s Hall H panel at Comic-Con.

Thompson was talking about her character Valkyrie, who will be appearing [in] the fourth Thor movie, now titled Thor: Love and Thunder, which will also see the return of Chris Hemsworth as the Norse god and Natalie Portman, who will play female Thor.

This isn’t the first time the actress has openly talked about her character’s sexuality. Ahead of Thor: Ragnarok’s release, Thompson talked told Rolling Stone that director Taika Waititi pitched her the character as being bisexual, as she is portrayed in the comic books. (Waititi will be returning to write and direct Love and Thunder.) However, the film itself did not address her sexuality. Thompson’s comments suggest that will change in Love and Thunder.

Valkyrie would be the first LGBTQ superhero in a Marvel movie.

Marvel Studios head Kevin Feige has long promised the MCU would include an LGBTQ hero. Filmmakers The Russo Bros. included the studio’s first openly gay character in Avengers: Endgame. Co-director Joe Russo played a gay man lamenting the loss of his partner in a Captain America-led therapy session in the most recent installment of the Avengers series.

“We’ve done four of these films and it was incredibly important to us to have a gay character represented somewhere in one of these four movies,” Joe Russo told The Hollywood Reporter ahead of Endgame’s release. “We felt so strongly about it that I wanted to play that character in the film.”

Girl power! No Loki? Anyway, it’s interesting that this week marks the launch of Jane Foster: Valkyrie #1 after her stint as Thor in the comics.