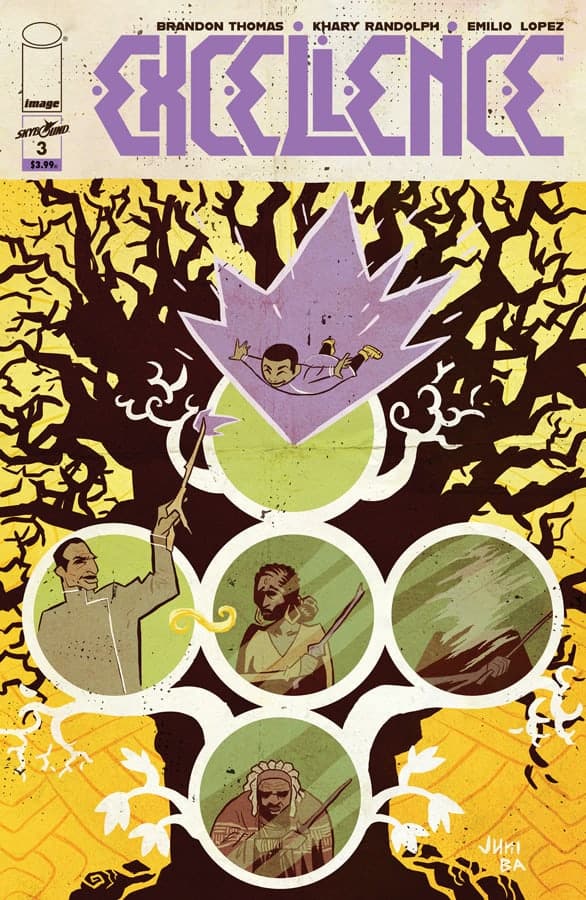 Excellence #3 – I continue to be impressed by this new title, and the world it contains, which Brandon Thomas and Khary Randolph continue to flesh out and expand upon.  As part of his punishment, Spencer is relegated to policing the black market trade in magical wands, but that gives him access to something he feels he desperately needs.  At the same time, we learn a little more about how the Aegis operates, and when Aaron, who is supposed to be Spencer’s role model, breaks the rules himself, it puts Aaron in the position of having to stop him.  This book is rich, nuanced, and exciting. I hope it gets a good long run.

Black Badge #12 – Black Badge has been a fun series that I’m sad to see end.  This series focuses on a black ops band of Scouts, who have overthrown their masters to try to effect positive change on the world in this issue.  I’m not sure that I agree with the way Venezuela’s recent problems are depicted, but overall, I’ve enjoyed this series. I wonder if Matt Kindt and Tyler Jenkins plan to continue their collaboration with a third title (after this and Grass Kings). 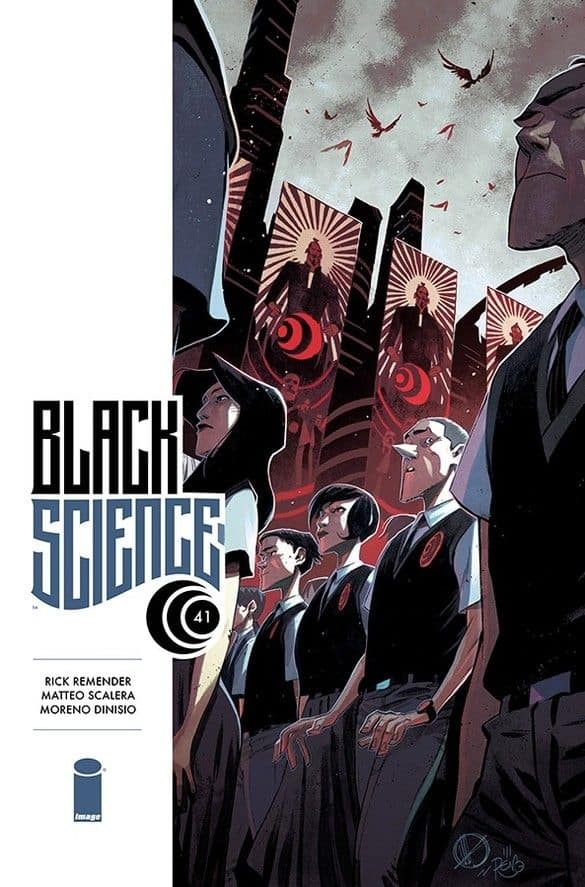 Black Science #41 – It’s the third to last issue, and we see that Kadir has remade the world into one of perfection.  The thing is, Grant’s whole deal is that he fights against any norms, and so it’s not a surprise that he doesn’t like having robots monitoring his caffeine and sugar, to say nothing of his speech.  Rick Remender shows us that having things work out perfectly might not always be the best, as he pushes Grant to throw caution to the wind once again. I’m going to miss this title.

Daredevil #8 – Had you told me a year ago that Chip Zdarsky, the man behind a hilarious run on Howard the Duck, and half of the crew that makes Sex Criminals, was going to turn Daredevil into a very serious book about guilt, gentrification, and the ways in which the establishment is able to profit off of things like marijuana legalization, I never would have thought it possible.  Zdarsky is one of the funniest people in comics, yet this book is pretty serious, without being overly earnest. Matt accepts a dinner invitation from the bookstore owner he likes, only to learn that she’s part of a local crime family, and he gets into it with the family’s matriarch over pork loin. At the same time, the Kingpin meets with the governor to make sure they can both make money off legalization efforts.  I found myself so wrapped up in the conversations that I didn’t notice the lack of action in the issue, until some happened. This has been an intriguing run.

Doctor Aphra #34 – Aphra’s attempts to lie low don’t work, with some mercs, including Black Krrsantan, coming after her.  That leads her back to the Rebels, but is she there to work with them, or to betray them? It’s Aphra, so you can probably guess.  This issue has some thirty artists working on it, which makes some of the pages jarring, but is as solid as we’ve come to expect it to be.

Gideon Falls #15 – The narrative returns to familiar characters this month, as the priest finds himself lost in Norton’s world, while Norton’s psychiatrist searches for him.  This title has never given any clues away – I was thinking while I read it how it’s never had a letters page or text page with any hints or explanations – but it does feel like we’re moving towards some clarity.  Having heard recently that Lemire and Sorrentino are working on a Joker project for DC had me wondering if this book is going on hiatus soon, or if it’s moving towards its finish.

Immortal Hulk #21 – General Fortean gets the spotlight with this issue, which features guest art from Ryan Bodenheim.  We learn a little about what drives Fortean, as he launches a sneak attack on Gamma Flight. As with this whole series, it’s a very good issue.

Infinite Dark #8 – I really liked the first arc of this series, but found that as the threats multiplied, and the story became more complex in the second, it lost me.

Invaders #7 – So Namor’s whole plan was to transform people into water-breathers, as a way of protecting the environment.  It doesn’t really make sense, but as the issue progresses, we have even more cause to be concerned for the hero, who is maybe cracking up.  I think that Chip Zdarsky needs to slow things down a little, as this series doesn’t come off as well-considered as his Daredevil, and that hurts it some.  It’s also hard to reconcile Cap’s appearances here with what is happening with him in Avengers and in his own title. Still, Carlos Magno’s art is great, and I live the Butch Guice flashbacks.

The Life and Death of Toyo Harada #5 – Joshua Dysart continues to take apart Harada’s legacy, as we see how his closest allies react after his death.  Dysart built such an interesting cast around Harada, especially in the Imperium series, and it’s pretty cool to watch things move forward. Sunlight on Snow gets some of the best moments of this issue, and we learn what happened the last time Harada fathered a child.  It’s good stuff.

Little Bird #5 – This miniseries ends much as it lived – bloodily and chaotically, as Little Bird confronts her father a few years after the end of the last issue.  Ian Bertram’s art is pretty unique and amazing, and I’m looking forward to his next project with Darcy Van Poelgeest, which is coming in 2020.

Port of Earth #12 – The third arc of this series comes to its end, with a number of characters having to make decisions about where they stand on what is beginning to look like alien occupation of Earth as part of the deal with the Consortium, the organization that placed the port off the American coast.  It is increasingly clear that the aliens care nothing for the Earth, but it also looks like the contract might be too difficult to break. This is a very smart science fiction series, and I hope it’s not too long before we see more of it. I also want to point out how impressive it is that Andrea Mutti has two books out this week – this one and Infinite Dark.

Silver Surfer Black #2 – Compared to Donny Cates’s Guardians of the Galaxy, I find this to be a little disappointing.  The Silver Surfer is a very hard character to write and keep interesting. Dan Slott added the character of Dawn, and told the story through her point of view.  Really, I feel like it was only Steve Englehart who consistently pulled it off in his 80s series (I found Stan Lee’s Surfer to be too one-note). While this lacks in compelling character work, it is made up for in Tradd Moore’s trippy and fluid visuals.

Uncanny X-Men #22 – Matthew Rosenberg’s run on this title ended up becoming a huge disappointment.  It started off so cooly, with most of the X-Men off in Nate Grey’s head, and believed dead. Rosenberg brought the newly-returned Cyclops and Wolverine together, and they began to do what they do best, gathering a new squad around them.  And then, every issue, characters (minor and major) started getting killed off. The status quo shifted with each issue, and it became hard to find the space to catch your breath before the next big threat arrived. Now, with this issue, Rosenberg One More Days mutants, having everyone forget about them, except for some Sentinels that are now so powerful that characters have to die to stop them.  It all feels very out of balance and out of place, and now, with the other characters back from the Age of X-Man, and Jonathan Hickman taking over next week, the property is in worse shape than its been in a while. I don’t know what to expect from Hickman’s run, but I’m ready to see most of this run get retconned away from the jump. On the positive note, Salvador Larroca’s page that reunites Jean and Scott is gorgeous, especially for the way in which he’s included Emma and Logan.

Vampirella #1 – I never thought I’d be excited to read a Vampirella character, but I’m a big fan of the writer Priest, and he is behind this latest relaunch. Vampirella is the sole survivor of a plane crash orchestrated by her enemies, and the result of this is that she can no longer hide behind a human identity.  Most of this issue is given over to her conversation with a psychiatrist (who I feel might be Priest himself, in a lot of ways) and his disbelief in her narrative. I’m curious to see where this goes, and hope that my total lack of knowledge of this character doesn’t hinder me from enjoying the story. I am impressed by the artist, Ergün Gündüz, who is new to me.

The Warning #9 – Things seem to be going the way of the humans, as they confront some of the beings that have come through the portal, in another high action issue of this decompressed series.  The story isn’t doing a whole lot for me, but I do really like Edward Laroche’s artwork.

X-Force #10 – I’m sad to see this latest iteration of X-Force come to an end.  I’ve really liked seeing the classic X-Force team interact with Teen Cable, and work to stop Teen Stryfe.  This run has had humour, Deathlok, and terrific art from Dylan Burnett, and it’s over way too soon. I’d have been a lot happier to see Ed Brisson get another arc with this team, working to reestablish themselves as a squad separate from the X-Men.  I hope that when Hickman’s two miniseries are over, and other titles get announced, we’ll see this one back on the schedule. 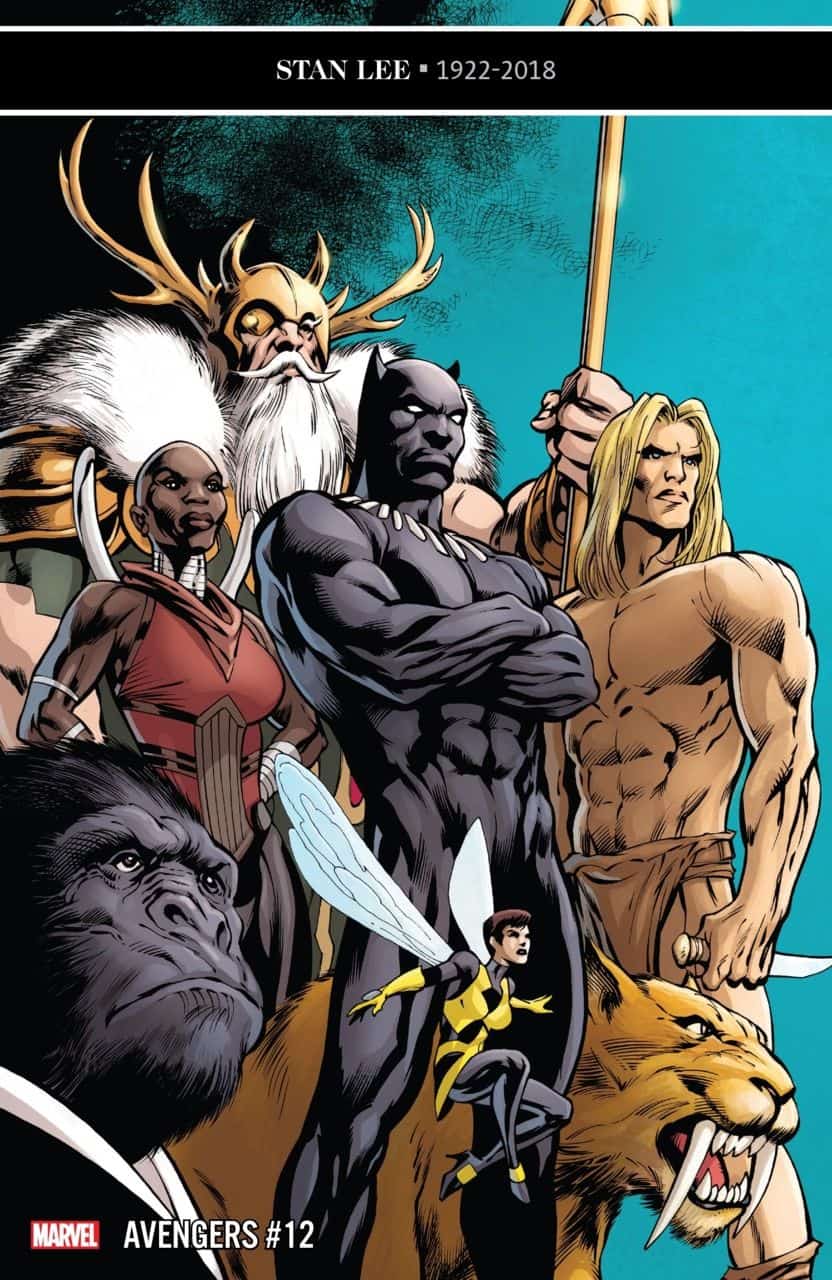 Avengers #12-17 – In the buildup to the War of the Realms, Jason Aaron spent a lot of time spinning wheels.  We get issues about the Agents of Wakanda, an issue set in the distant past, and then, finally, an Avengers arc about vampires that has some cool-looking villains, but doesn’t do much else than advance Ghost Rider’s story a tiny bit.  I don’t dislike these comics,but they are unfocused and too decompressed.

Thor #6-11 – Like his Avengers run, Jason Aaron’s Thor is all over the place, as he spends months setting up the War of the Realms, but can’t help himself from telling stories of the deep past or the far future at the same time.  One thing I like about Aaron’s Thor is how he portrays him as kind of dumb, but I also find that Thor is not really the focus of the series, and that’s kind of weird. I love Mike Del Mundo’s art on his issues, but man can it be hard to follow.

Glitterbomb Vol. 2: The Fame Game – It feels like, in the follow-up miniseries to the first arc of Glitterbomb, that creators Jim Zub and Djibril Morissette-Phan had to wrap things up a little quicker than they’d intended.  The story kind of comes crashing towards its finish, and some of the backstory is never fully developed. That said, Morissette-Phan’s art is very nice.