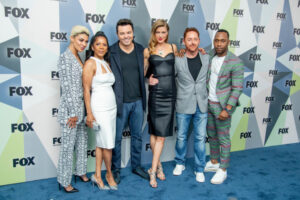 The former couple announced their engagement in January of this year and tied the knot just four months later. 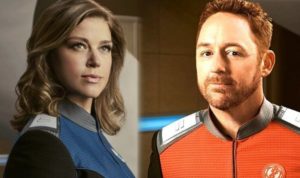 Adrianne Palicki and Scott Grimes have ended their relationship just days after stepping out together.

Two months after the pair tied the knot, Palicki, 36, has filed for divorce from her Orville costar, 48, according to The Blast.

Court documents obtained by the outlet indicate that the actress filed the papers on Monday in Los Angeles.

Reps for Palicki and Grimes did not immediately respond to PEOPLE’s request for comment.

…The divorce will be Palicki’s first and Grimes’ third.

Prior to their marriage, Palicki was engaged to stuntman Jackson Spidell, who she met on the set of John Wick in 2014. By Feb. 2017, the actress revealed to Entertainment Tonight that she had called things off.

“No longer engaged,” Palicki told the outlet when asked about her relationship with Spidell. “Things happen. I called off the wedding in 2015. There were some major issues in our relationship that I ignored.”

“[I] realized only a couple months before the wedding that sometimes people aren’t meant to be together and it’s okay to walk away,” she added.

Grimes, meanwhile, was previously married to Dawn Bailey, whom he married in 1997, and Megan Moore from 2011-2017. The actor shares two children, a son and daughter, with his first wife.

The Orville Season 3 returns in 2020 on Hulu instead of Fox.