The first TV tapings happen on Monday, September 30, 2019 and Tuesday, October 1, 2019. It does not appear that these shows will air live, but more info to come as the dates get closer. No broadcast home was announced. 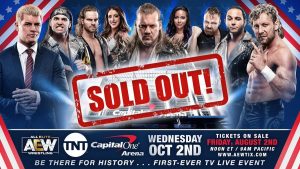