…Plus A Superman Sighting!

Invisible Mafia head Leone gets a first name as Marisol Leone, who also owns the Daily Planet, reveals herself to Editor in Chief Perry White. 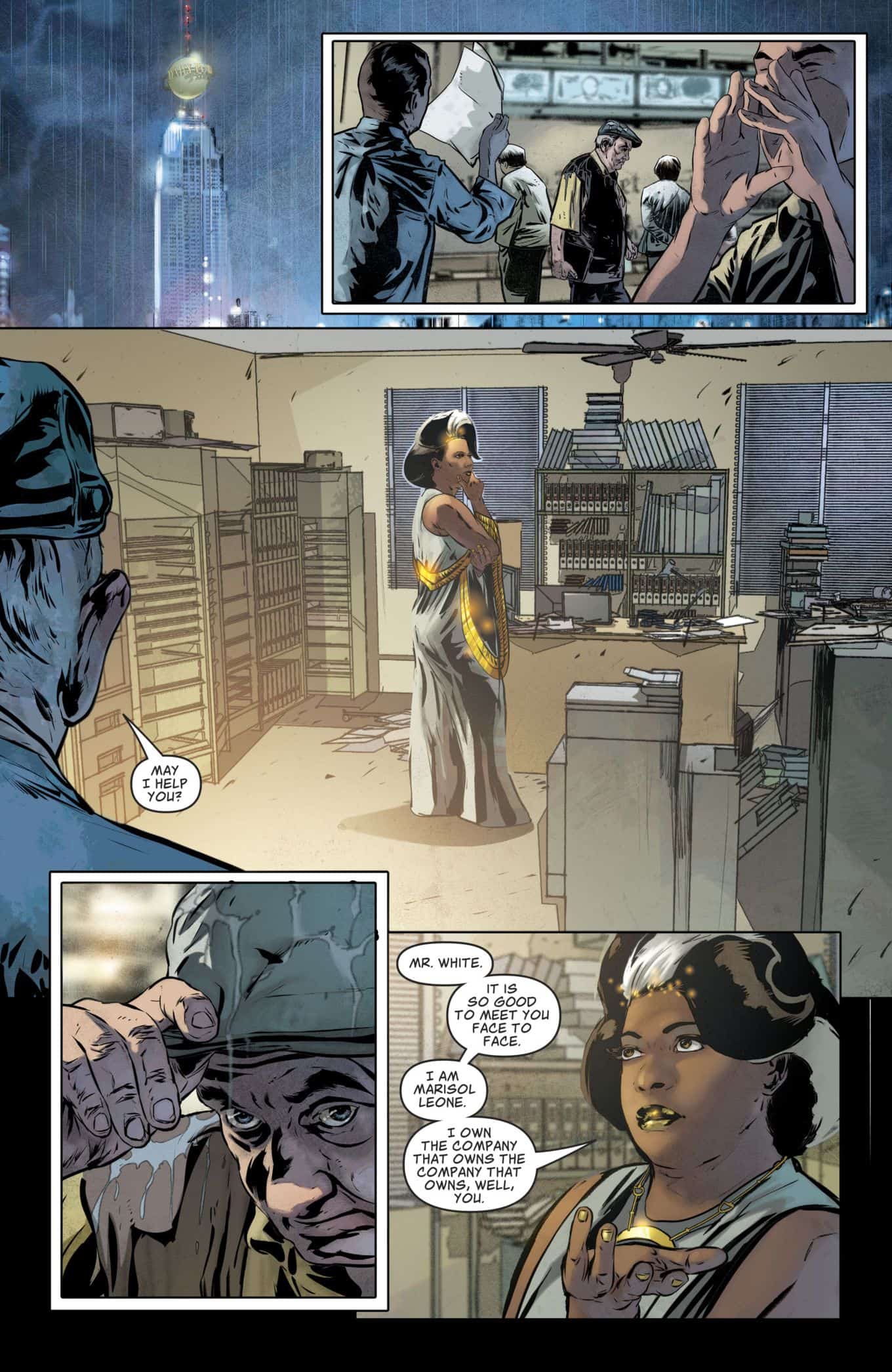 She’s ready to give him whatever resources he needs to expose Leviathan and she wants Lois Lane back at the Daily Planet. 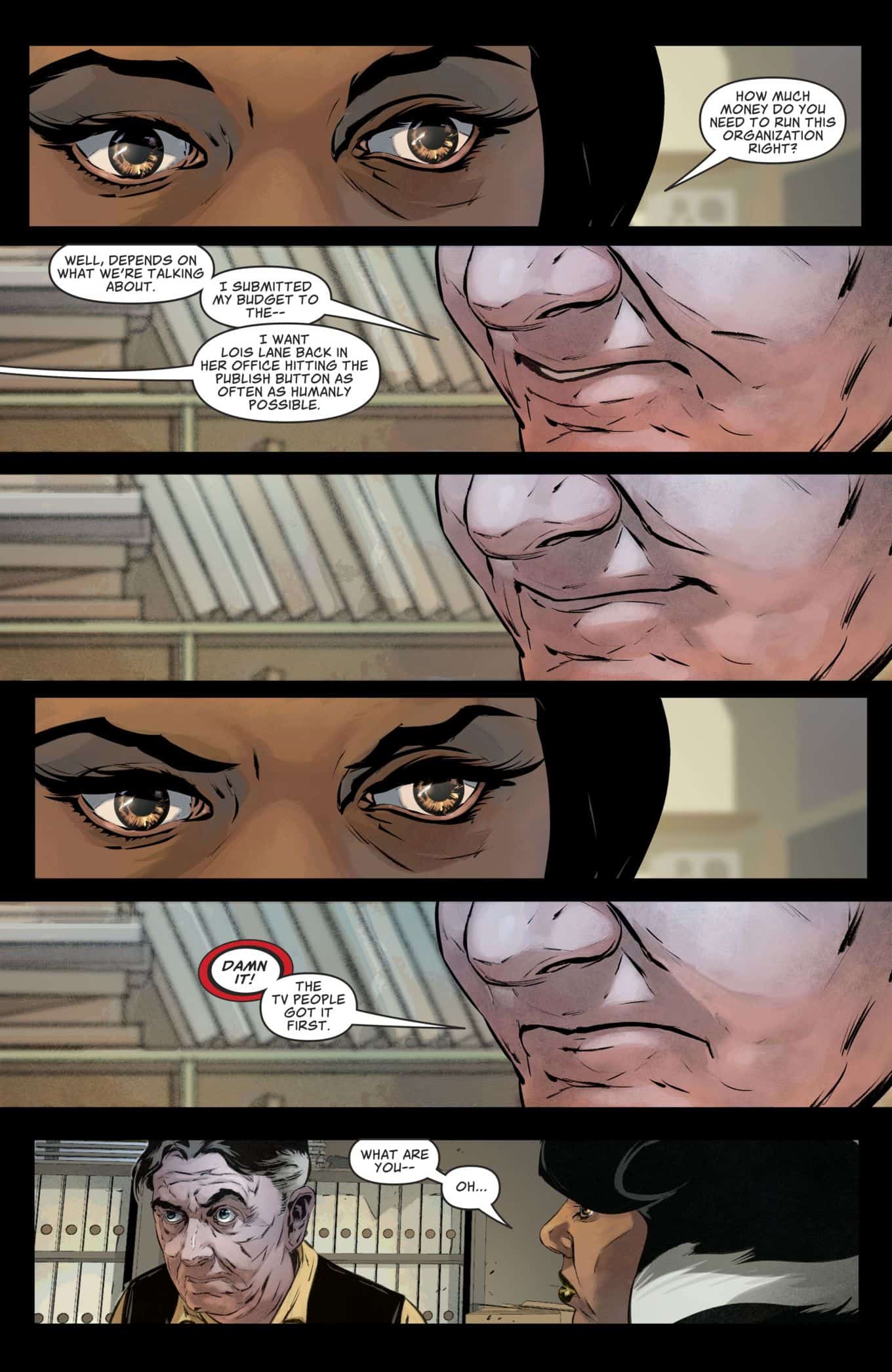 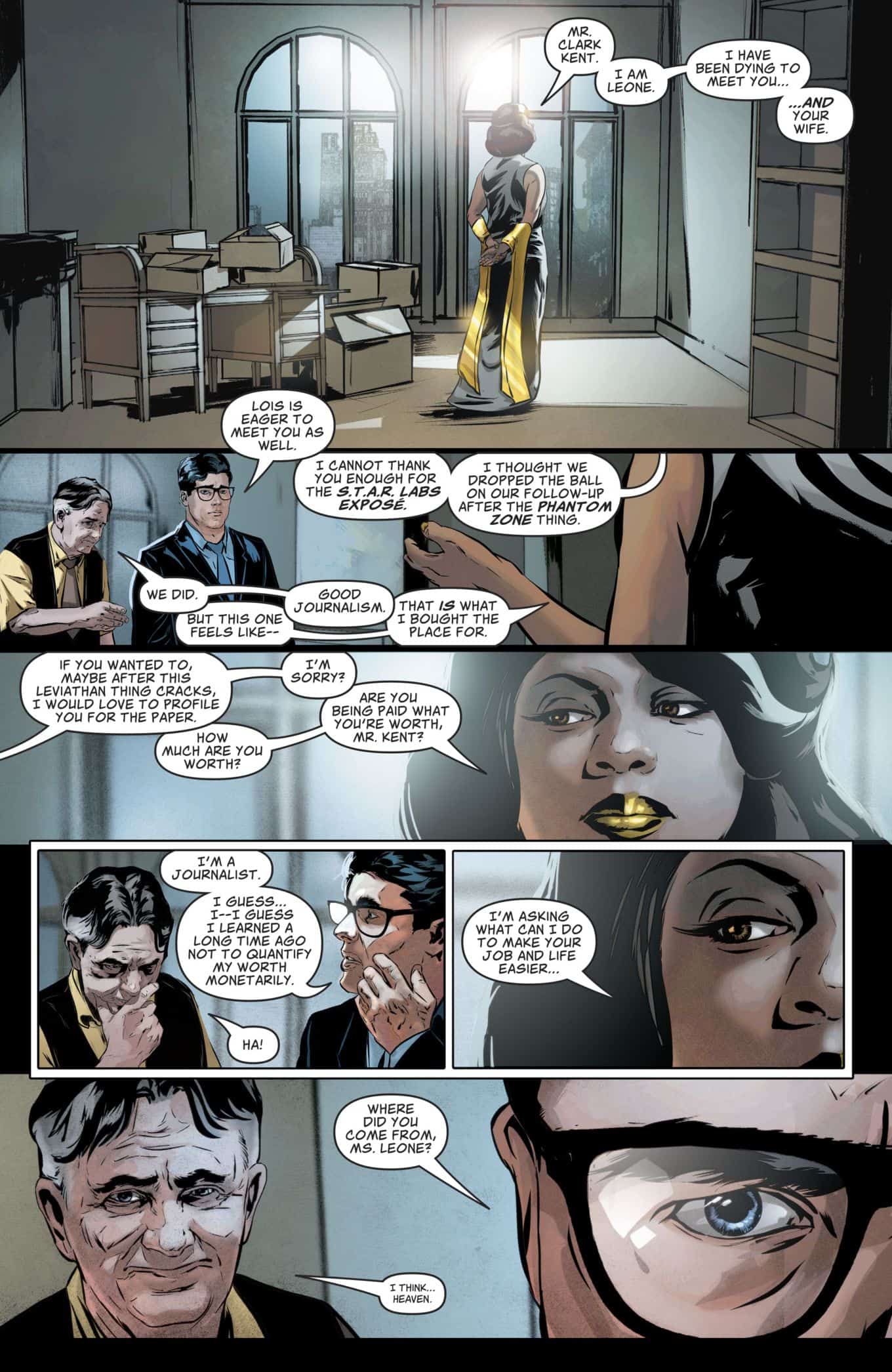 …and he and Lois Lane know she’s a gangster. 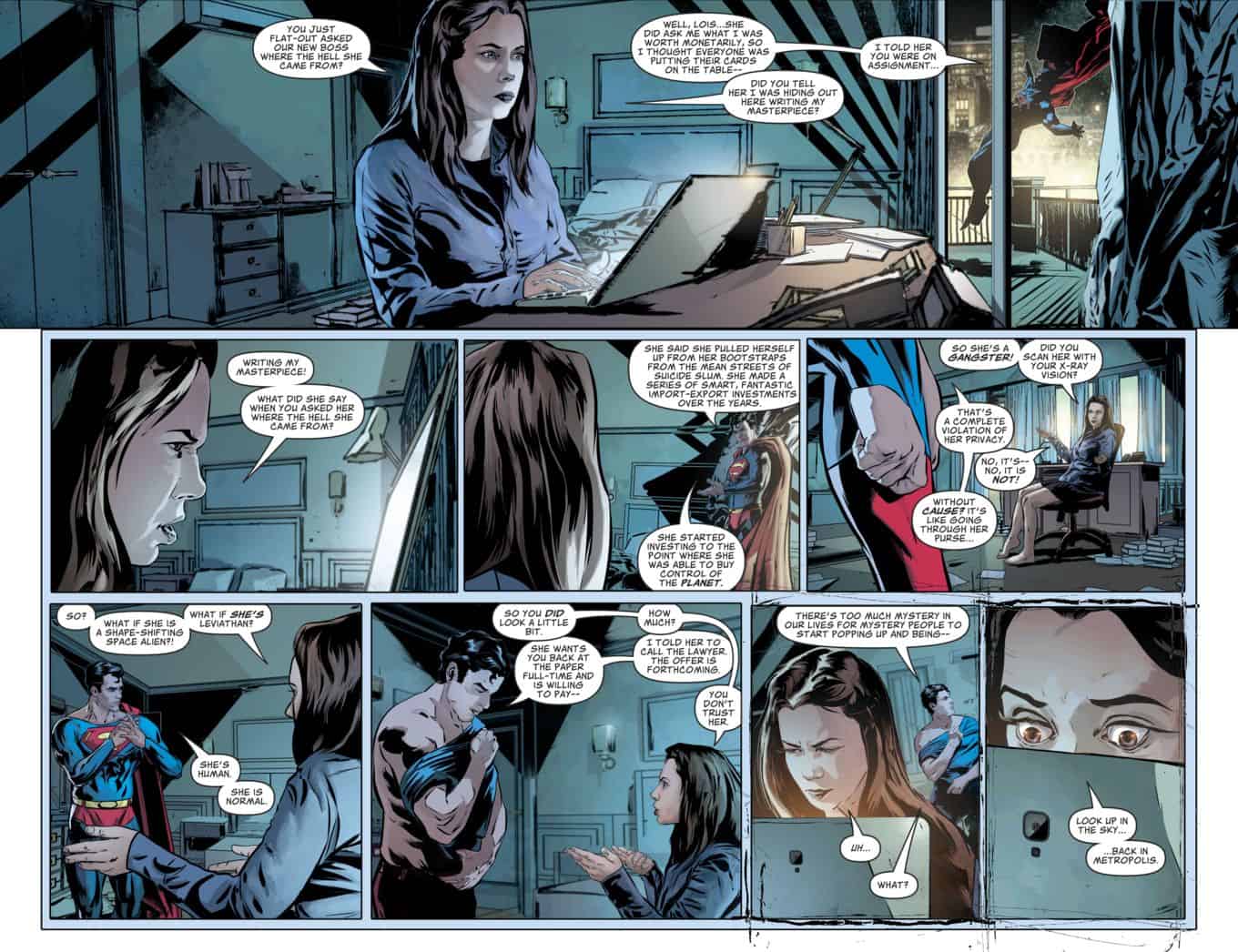 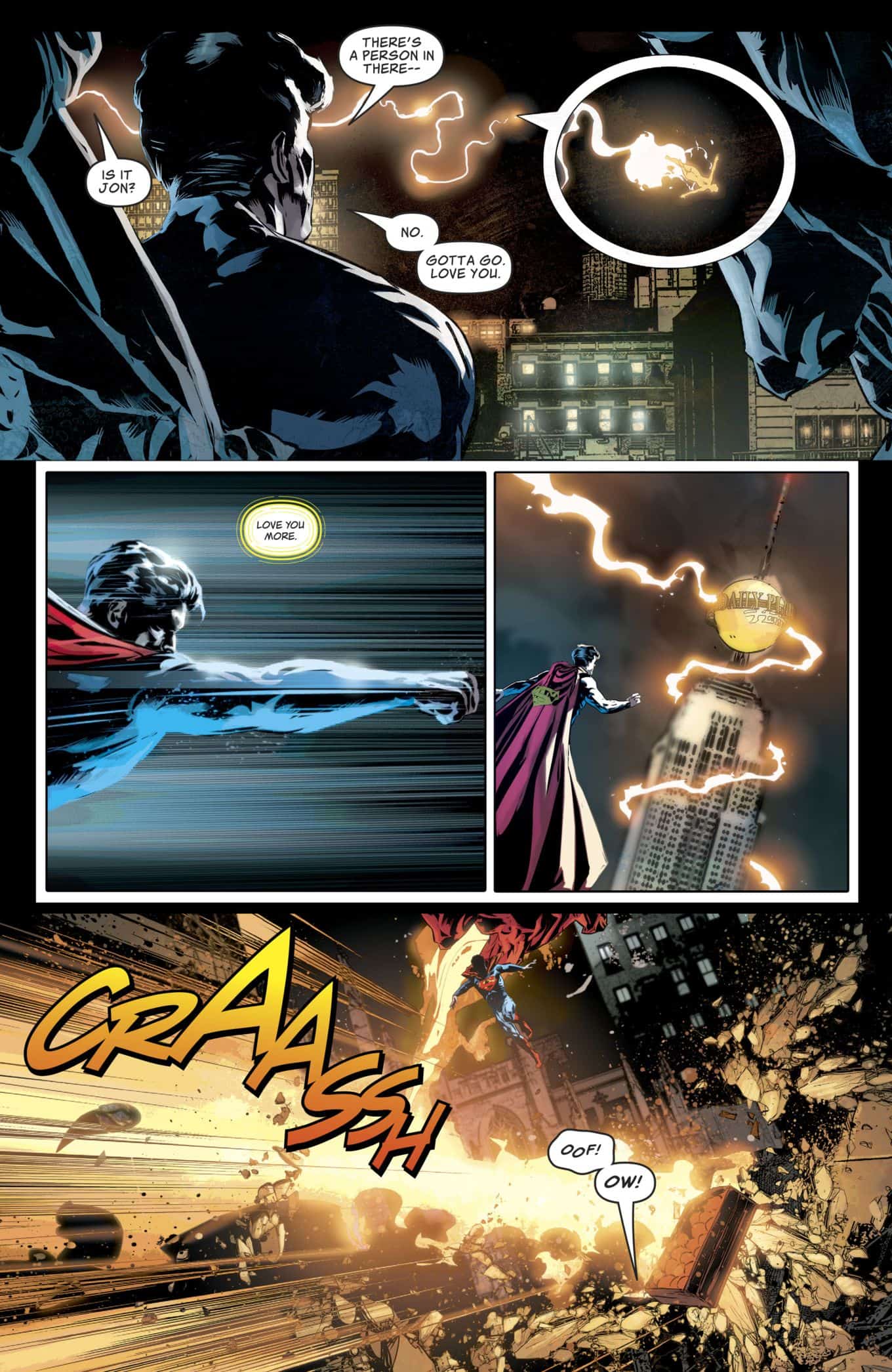 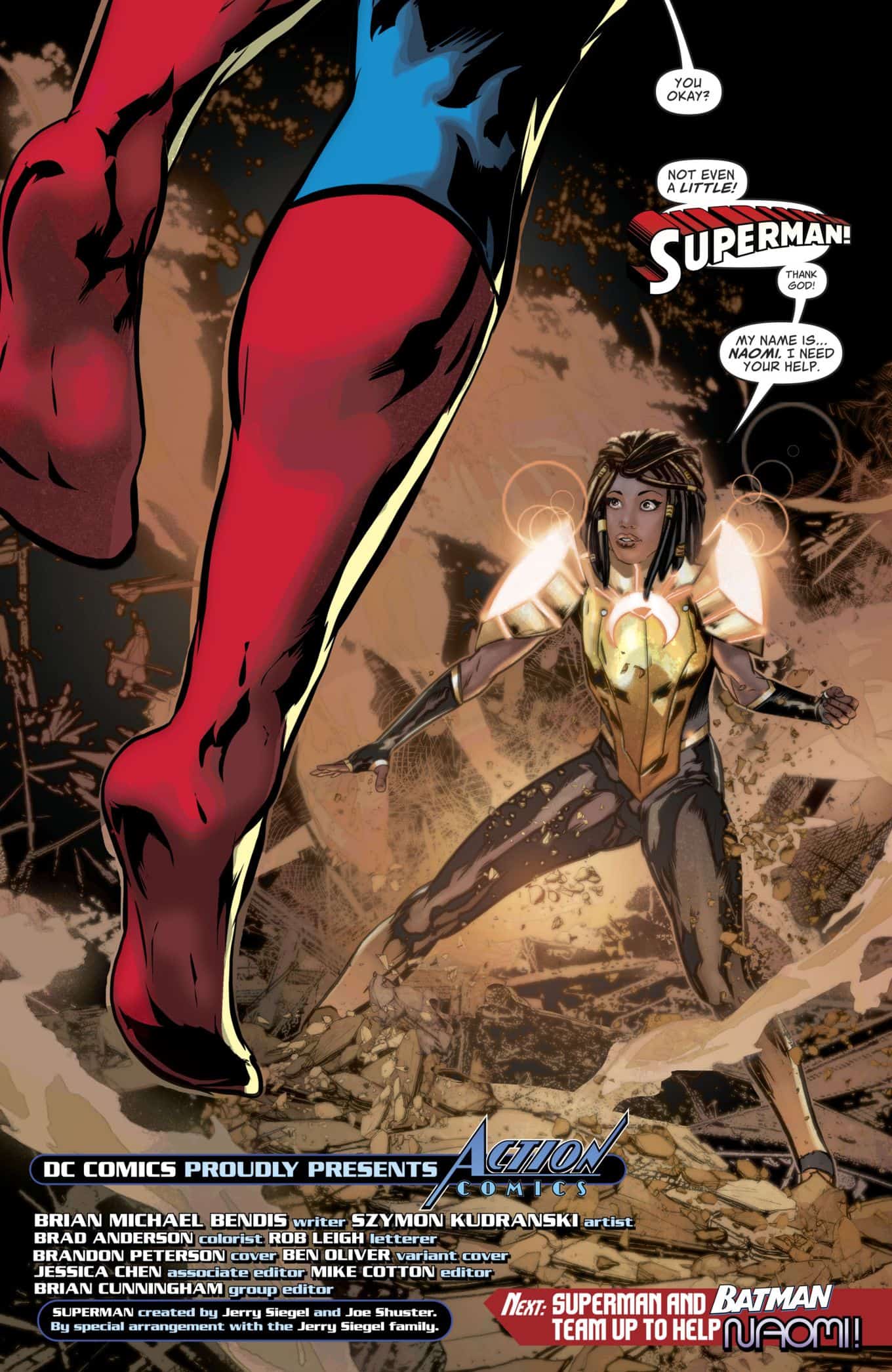 The issue also included a DC’s Year of the Villain amped up Red Cloud vs. Thorn (Rose and Thorn). 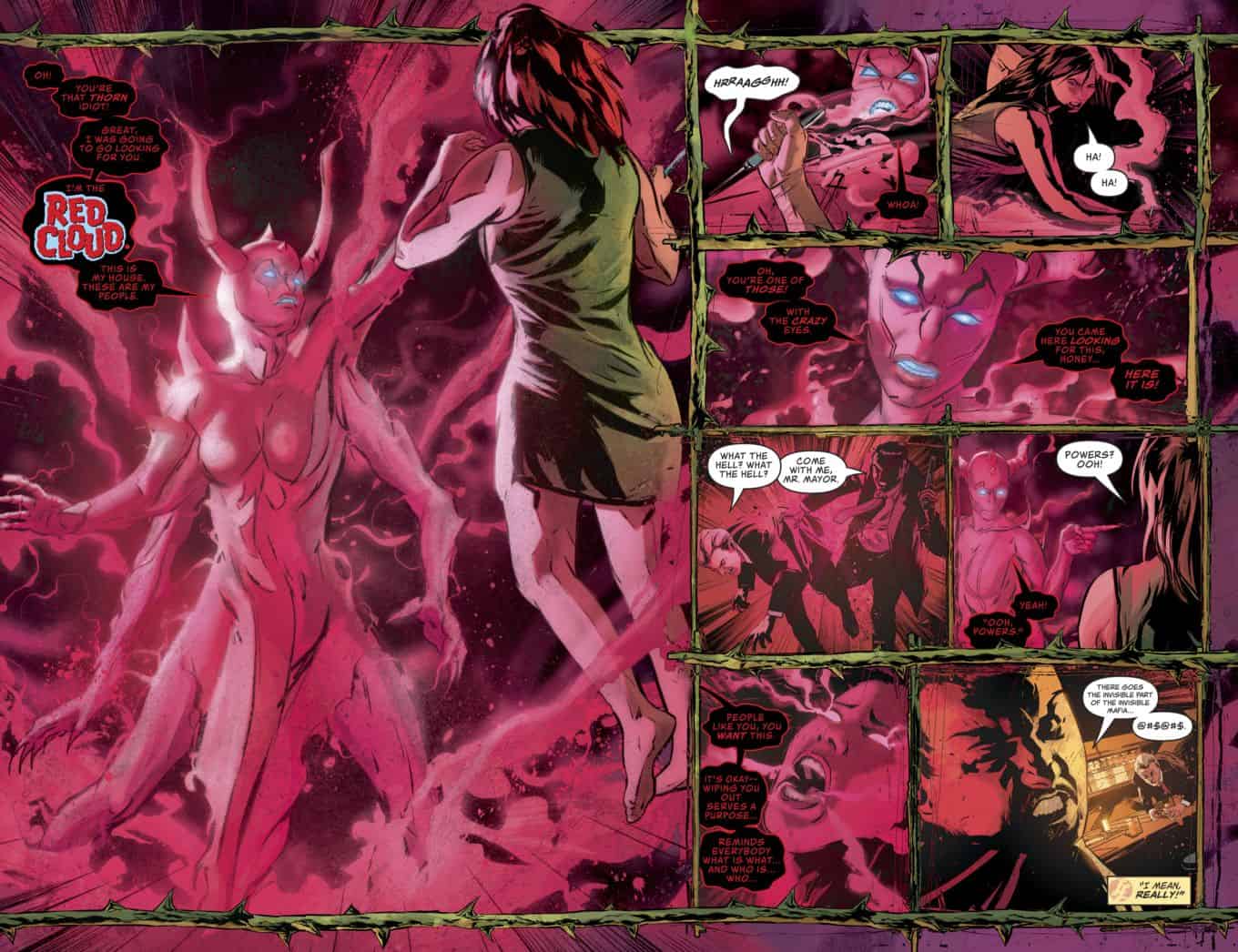 An interesting issue with decent art. The story continues to unfold building on what came before. 7 out of 10.