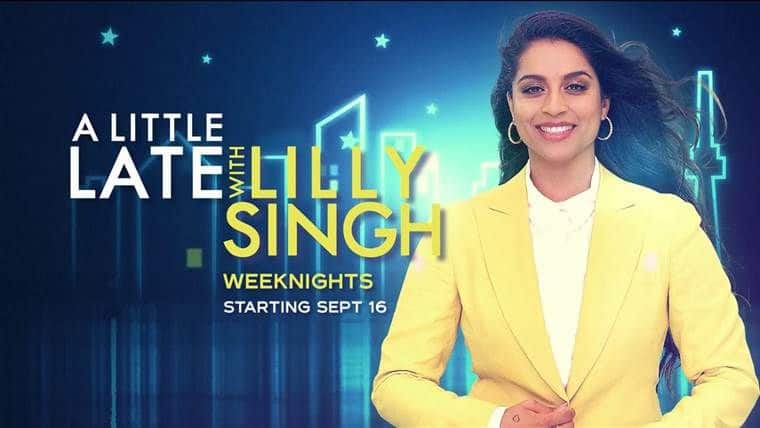 A Little Late With Lilly Singh Debuts On NBC and YouTube and Makes History With Bisexual, Woman Of Color, Bisexual, Canadian Host AKA IISuperwomanII! 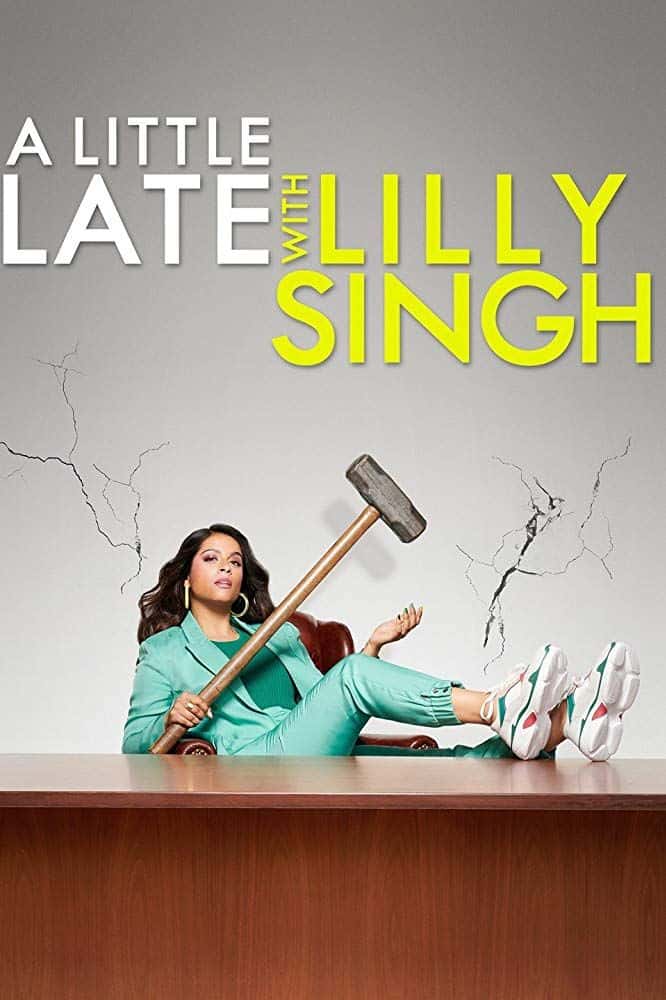 YouTube creator turned late-night host Lilly Singh rapped atop a table, played a game with Mindy Kaling and called out the overall whiteness of late-night TV in the first-ever episode of A Little Late With Lilly Singh on NBC on Monday night.

Joined by guests Kaling and Rainn Wilson, Singh kicked off her show (the NBC program aired at 1:35 a.m. Tuesday on television but released at 10 p.m. Monday on YouTube for its premiere) with a promo where she stood alongside Kaling. “I have a set, I have a stage, I have a desk, I have a DJ, I have a full, amazing crew…I’ve got the greatest audience in the world,” she said.

A Little Late’s cold open directly addressed Singh’s singularity on late-night TV, both current and historic: She’s a bisexual woman of color (as Singh addressed later in her monologue, she is currently the only female host of broadcast late night, and the first openly bisexual woman of color to host a late-night show). In a pre-taped segment, Singh played herself entering a room of white male executives who were excited about planning her show. Though they invited her to take a seat at their conference table, she had to push two men aside to sit. Once she did, the executives began discussing her wardrobe, suggesting a gray suit.

“I prefer something a little more colorful,” Singh responded, pointing to her multicolored garb.

“How about a navy, or a brown?” one executive suggested. 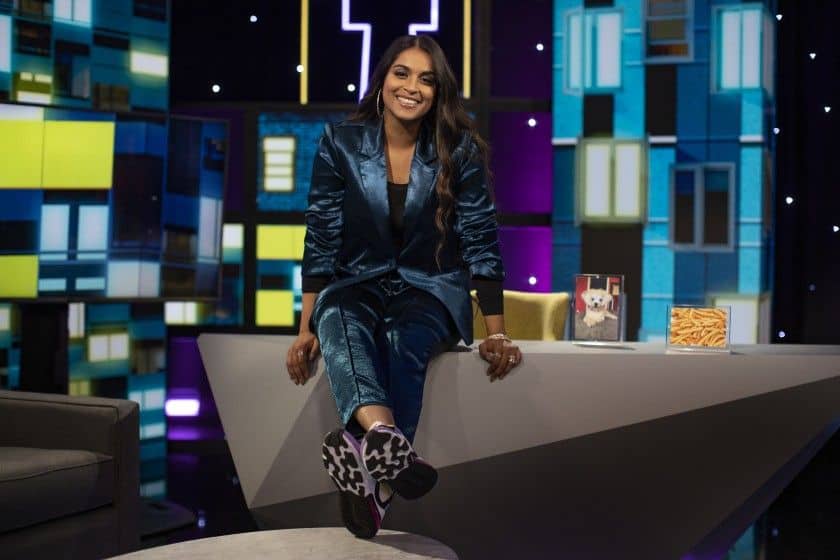 After more banter, Singh jumped up on the conference table and launched into a rap that addressed the specific and, at present, unique perspective she would bring to late-night TV. “Hello, my name is Lilly, and I ain’t a white man,” the rap began. Other lyrics included “I’m turning off the A/C and I’m turning on the heat, because I’ve been cool at my 9-to-5 since I been 18,” “my writers room look like a mini United Nations,” and “This is the new standard, so take notice, Hollywood.”

“So a maroon suit, then?” one of the executives responded at the end of the rap. Singh then cued her introduction.

The YouTuber’s monologue picked up this thread and complicated it: Singh joked about how media outlets had pigeonholed her as a new standard for diversity in late night. “The media has mentioned that I’m a ‘bisexual woman of color’ so often I’m thinking about changing my name to Bisexual Woman of Color,” she said, before joking that it was entirely a coincidence that she landed on a network with a logo that looked like the pride flag, referring to NBC’s peacock logo.

“As a woman, I’m especially excited to join this group of people,” Singh said as a picture of all-white broadcast late-night hosts appeared onscreen. She joked that she and Hasan Minhaj of Netflix’s Patriot Act “look like the IT department in their [the current late-night hosts’] law firm.”

Later in the monologue, she added, “Maybe I shouldn’t be joking about this, because one of the biggest fears of white America is that minorities are coming to take their jobs, and honestly, we are.” 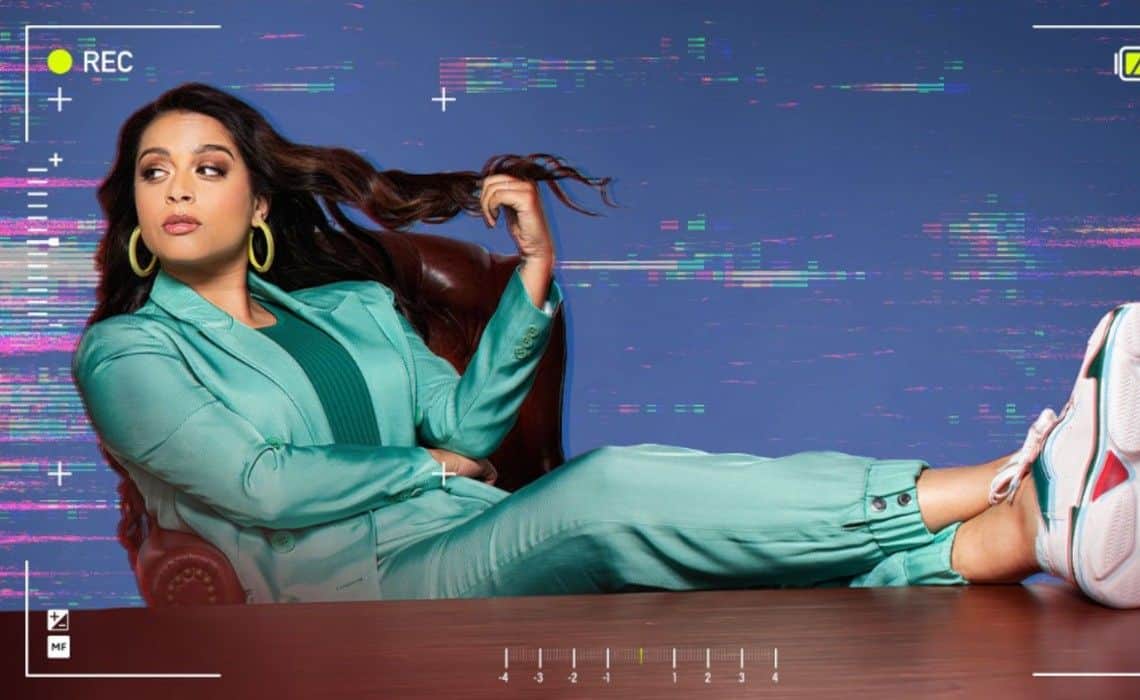 Eschewing the usual commercial break between monologue and desk appearances, Singh promptly danced to her desk, which was decorated with a picture of her dog, Scarbro, and introduced her DJ, DJ Daniel. Further demonstrating this is a new kind of late-night show, her first guest, Rainn Wilson, crept onstage before she introduced him, asking, “Hey Lily, is now an okay time?”

A skit ensued involving a gift that Wilson had brought for Singh: a white-noise machine. The former Office star revealed that it was a special kind of late-night machine by showing off one of its noises: the sound of Birkenstocks “going off to buy Patagonia.” Wilson explained, “It’s a white noise machine.” Other sounds included the bustle of brunch at a farm-to-table restaurant in Brooklyn; homemade craft beer being poured into an imported beer stein; and a white girl getting vacation braids “the moment she lands in St. Thomas.”

Kaling’s subsequent appearance was more of a classic late-night sit-down interview, which kicked off with Kaling telling Singh how proud she was of her. Singh noted that Kaling’s apperance was timely, given that she played a severely outnumbered woman of color on a late-night show’s writing staff in her summer film Late Night. “Has NBC ever had this many Indian women on at one time?” Kaling responded. “If I had, growing up, seen you on TV…to have had you, I mean, it’s huge. I can’t wait for the daughter to watch this show 20 years from now when you’re still doing it and you’re wishing you don’t have to.”

The two discussed pop-culture trends Kaling would write into The Office if it were still running today (she’d like to see Michael Scott “dab” and post thirsty Instagrams), her love of HBO’s Euphoria and the public casting call for an upcoming Hulu show based on Kaling’s life. They also played games, one where Kaling and Singh had 30 seconds to put on Euphoria-inspired “cloud liner” eye makeup and another where Kaling had to guess a word based on its old-school definition and its new definition. She guessed the first (“Gucci”) but not the next two (“snatched” and “no cap”). 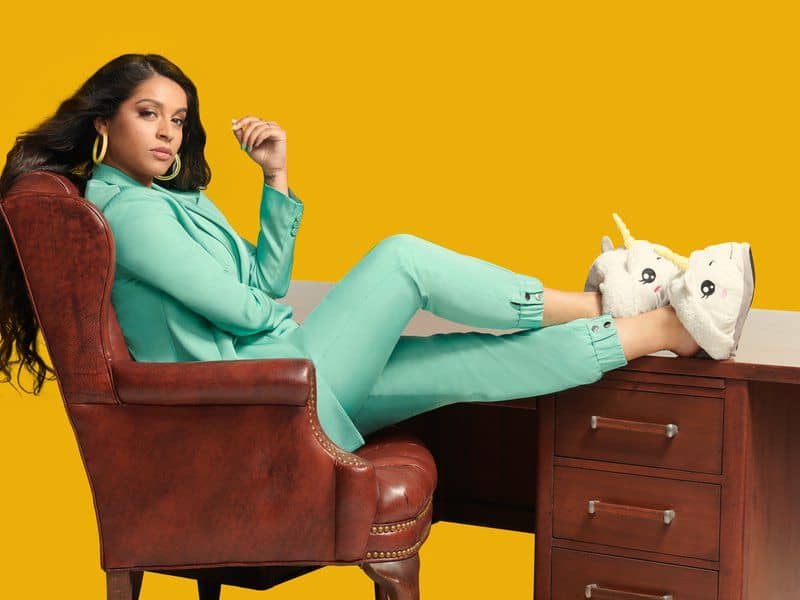 A Little Late With Lilly Singh, announced in March, replaces Carson Daly’s Last Call With Carson Daly in the 1:35 a.m. time slot and released early on YouTube on Monday (10 p.m. ET). As The Hollywood Reporter reported in an August cover story, the 96-episode first season was block-shot during the fall so that Singh could devote time to her other projects, including her YouTube channel (15 million subscribers) and production shingle Unicorn Island Productions (which already has projects with Paul Feig and Kenya Barris in the works).

For her writers room, Singh has put together a half-female team drawn from former writers from The Late Late Show With James Corden, Kroll Show, Alternatino and The Tonight Show. Given the less-than-timely nature of the show’s shooting schedule, NBC has said Singh will largely stay away from politics and dive into personal matters, à la her YouTube channel, called Superwoman.

As for how she felt going into Monday’s episode, “There’s a small part of me that’s like, ‘Is everyone going to like this?'” she told THR in August. “That’s obviously a fear. But I’m going to do what I’ve always done, which is make something that I think is good, that is authentic to me. That’s what has gotten me my success thus far.” 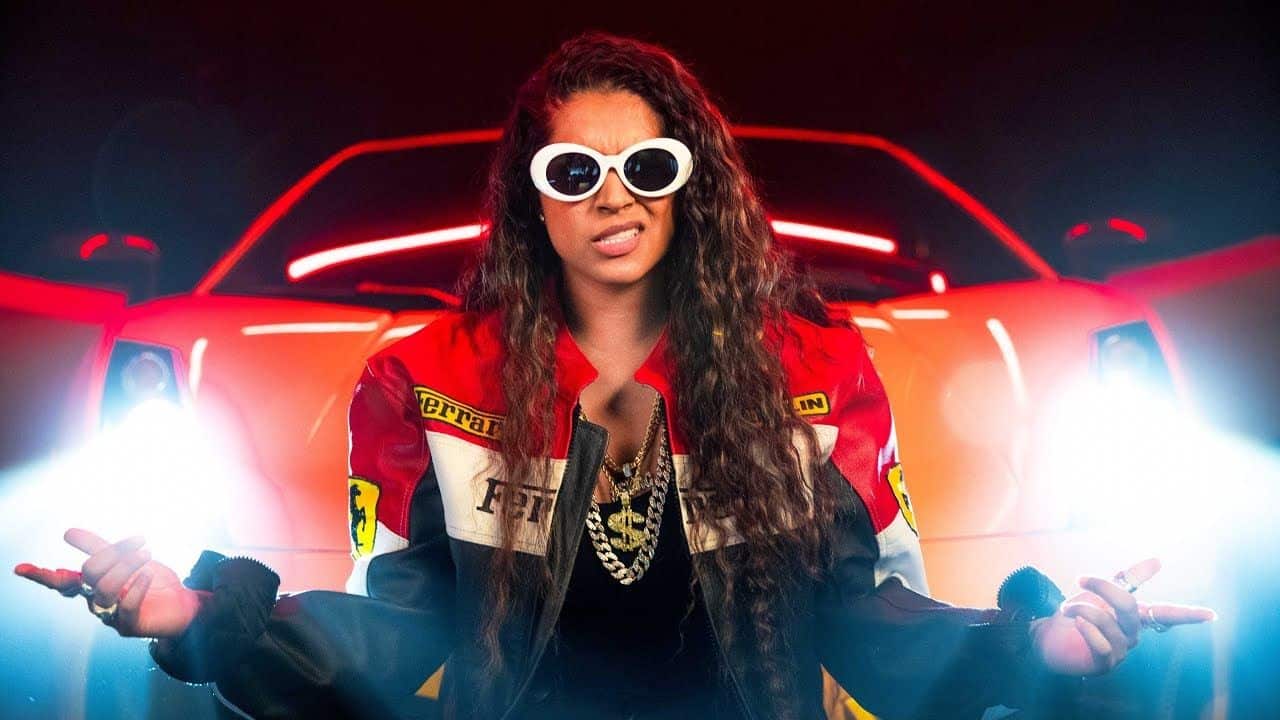 What did you think of Lilly Singh’s inaugural NBC and YouTube efforts?